"The Great Killing" marks the second of an informal trilogy of samurai films by director Eiichi Kudo. Beginning with the intense (but more restrained than its 2010 remake) "Thirteen Assassins," Kudo moved onto to direct this film, which is often heralded as his masterpiece. The relative premise of the film is quite simple: a power-hungry feudal lord is targeted for assassination by a band of samurai, but before the killing can take place, the plan is revealed and an intense manhunt is launched, resulting a tense dramatic offering that rewards viewers with a fantastic, shocking finale, logically built upon a fascinating character study of a large band of characters with different motives and beliefs. 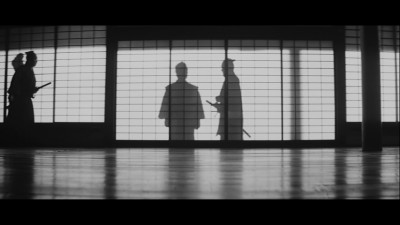 The only real fundamental flaw fond within "The Great Killing" is telling who's who; characters are often quickly introduced and it may take a great portion of the film before their name is uttered again. Ultimately a lot of this is inconsequential as Kudo's technical genius is displayed through his innovative (for the time) filming techniques, including the use of handheld shots, which seem relatively simple now, but on "The Great Killing," these shots were achieved via two-man camera teams lugging around a 110-lb camera. Kudo's daring foresight offers a film that easily jumps back and forth between calm, poetic idealism to harrowing, claustrophobic chaotic battles, at will and when needed. As with "Thirteen Assassins" Kudo lets the camera linger on expertly crafted compositions and it's almost jarring at first for long exchanges between characters to linger on a single shot, without cutting to an alternate angle. Kudo knows this brings the viewer into the room with these characters and makes the often tense topics of discussion all the more gripping, because any cut in the action could mean a sudden burst of violence or new twist to the tale at hand. 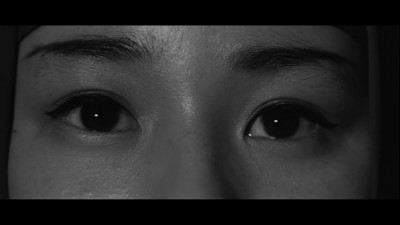 By the time "The Great Killing's" nearly two-hour runtime comes to a close, one wants to sit back in sheer astonishment at what Kudo has pulled off. The director along with writer Kaneo Ikegami, manage to take an event based in history, Tokugawa Tsunashige's strange and unsolved death, and use it as the simplest of narrative threads to explore the classical ideals of samurai cinema: life, death, honor, justice, loyalty and love. In the hands of a lesser pair of collaborators, these themes could be viewed as rote or hackneyed, but Kudo brings a human element to his films, where other directors would choose to make similar warrior characters into sharp-tongued machines of destruction. Kudo takes violence as seriously as the beauty of the historical backdrop and there's nothing exploitative about the instances unleashed: he makes it like it should be, grimy, shocking and tragic and in the process cements his status as one of the more underrated filmmakers of his time. "The Great Killing" will never be able to compete with the sheer kinetic energy of a Kurosawa/Mifune collaboration or the gaudy but entertaining schlock of say, "Lone Wolf and Cub," but it is a masterpiece in every sense of the word: tightly written, handsomely acted, and heartbreakingly beautiful from a visual standpoint. 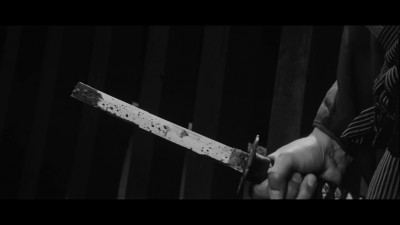 
The 2.35:1 anamorphic widescreen transfer is another fine release from AnimEigo. The contrast and detail are breathtaking, showing off the film's patient and finely composed shots with precision. There are no outwardly visible compression artifacts, nor signs of edge enhancement, however the print does suffer from some minor to moderate print damage. It's by and large constrained to little specks here and there that are only truly noticeable under heavy scrutiny, but a few shots feature a few frames that have lingering print damage that is briefly jarring. Still, for the age of the film, the transfer is well above admirable.


The Japanese stereo audio track is relatively clean and free from audible hissing; high-end distortion is not as prominent as expected. It's not the most dynamic track, nor is it expected to be one, but it does have a few surprises up its sleeve. English subtitles and cultural translations are available in both yellow/green/red subtitles or standard white/grey. A plain subtitles only track is available in both color options, while a basic English captions track is also included.


The extras include a text-based set of production notes (which include a few additional cultural translations not included on the main subtitle track), cast and crew bios, and the original trailer for the film.

"The Great Killing" is a magnificent follow-up to "Thirteen Assassins" and it's a real joy AnimEigo is bringing Eiichi Kudo's loose trilogy to DVD. This release is a true must-own in every sense of the term. It's a rewarding work of art that serves as a reminder of why the samurai genre can result in some of cinema's most praiseworthy offerings. Highly Recommended.