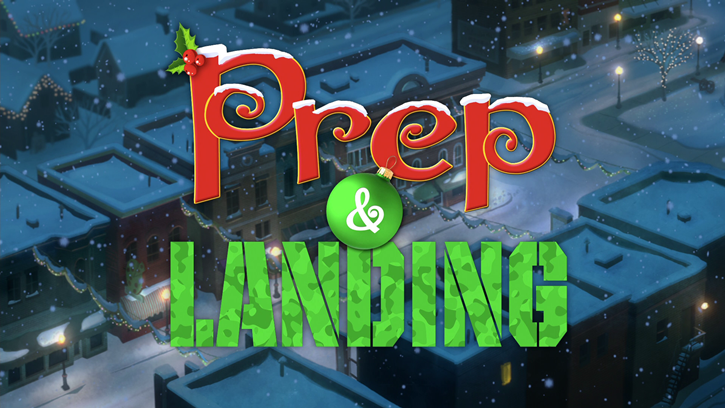 Prep & Landing is a delightfully charming Christmas special produced by Disney in 2009. The story offers a unique take on one of the most important jobs held by an elf employed through good ol' Santa Clause. There is a necessary position of handling the preparation and landing efforts so that Santa can successfully come down the chimney, eat some of those scrumptious looking chocolate chip cookies, and deliver presents to good children (around the world) in time for Christmas morning.

One of the employees holding the position is the elf named Wayne (Dave Foley). Wayne is expecting a promotion to get him out of the job he has held for such a significant length of time. Surely, the big boss will recognize his worthy talent and effort with a big promotion? Wrong. Santa doesn't promote Wayne. Instead he receives instructions to train a new elf named Lanny (Derek Richardson). Lanny is the new kid on the block and Santa expects a good series of training sessions for the new up-and-coming recruit.

Wayne doesn't like the news... at all. Wayne reacts very poorly to it and begins to lose sight of the great importance in being a part of the prep and landing team. It takes the unfolding of an intense Christmas night for him to experience and rediscover the magical importance of what it is he does for a living and to understand why Santa relies on him so heavily for the Christmas success necessary in order to bring happiness to all.

Prep & Landing received a follow-up special in 2011 entitled Prep & Landing: Naughty Vs. Nice. In this sequel holiday special, a young child included on Santa's "Naughty" list ends up stealing the database's entire list of naughty children upon becoming infiltrated by coal-givers working for Santa. The kid then proceeds to try and hack into the elves database of naughty and nice children.

The potential immediately exists for catastrophe as the children on the nice list might be changed to the naughty list (thus upsetting the entire balance of the highly coveted Santa list). Santa then decides that he should send the Prep & Landing team to retrieve the missing list before it's gone forever. There's just one more detail. Santa decides that Wayne is someone who could use some help himself and he also requests the help of Wayne's brother. Family hijinks and hilarity ensues along the way to a saved and glorious Christmas. There are also lessons about the importance of family upon taking this journey with our favorite Prep & Landing heroes. 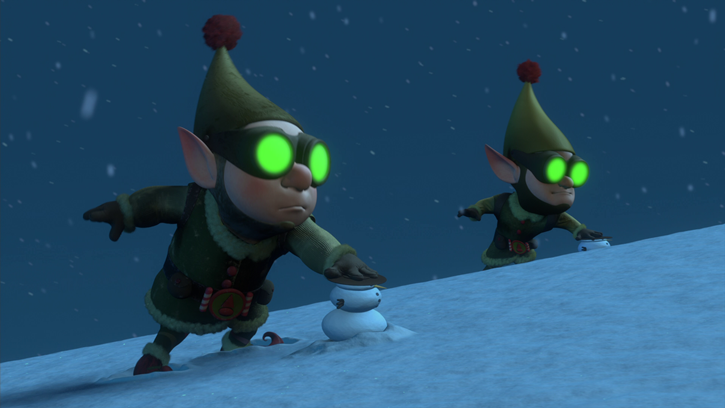 The direction by Kevin Deters and Stevie Wermers is fast-paced excitement and features enough energy and pizzazz to make one wonder whether or not a feature-length movie might have been possible given the creativity of the story by Chris Williams. The script (crafted by the directors) is excellent but altogether brief. Both the original Prep & Landing special and the more recent production, Prep & Landing: Naughty Vs. Nice are delightful holiday specials with charming filmmaking that is both polished and professional. It was wonderful to see the same team in unison again for the follow-up special. It reaches almost identical levels of lofty ambition.

The music by Michael Giacchino is entirely excellent and once again proves why he is one of the most demanded and worthy composers in the industry. His score delivers us a fantastic sense of an action-suspense driven holiday film that is distinctive and original, while also delivering the heart of the music in a magical way that slowly blends the themes and captures the magic held within these Christmas specials.

John Lasseter, the "king" head honcho at Pixar Studios, is unsurprisingly a producer of these fun short films, and he continues his seemingly constant winning-streak of delivering to families ridiculously incredible works of art that satisfy as wholly entertaining and winningly artistic.

Prep & Landing and its follow-up Prep & Landing: Naughty Vs. Nice are pretty much the book definitions (is there a book definition?) of instant-classic television. I loved them both, and I'm confident that these are the kinds of specials that families will want to re-watch every Christmas. 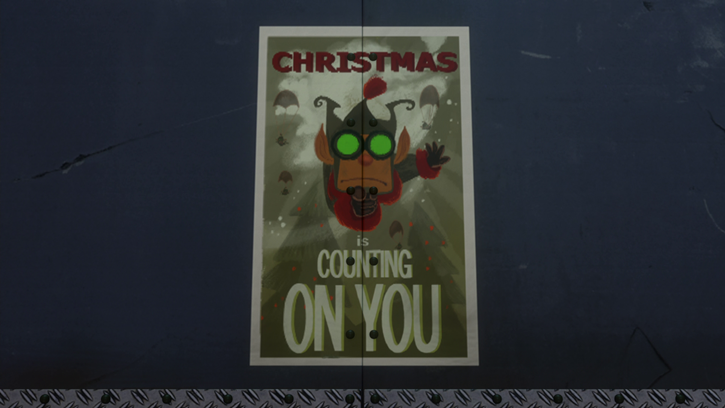 Prep & Landing and Prep & Landing: Naughty Vs. Nice are two of the nicest looking television specials that I have ever seen. Both of them are as well-produced and as magnificent as what is found in most Disney/Pixar productions. Which I suppose isn't surprising, considering the fact that this is a Disney production that also utilized people from the Pixar family. The PQ is great. Amazing. It's a stellar 1080p video-presentation from top to bottom and it will leave fans satisfied.

First of all, it's worth noting that this is technically a Christmas special. As such, nothing is going to be as stellar in the surround fields as an actual cinema release that has much more money to play with in the production field. Even so, Disney's 5.1 DTS-HD Master Audio presentations are exquisite and offer a lot of depth and clarity that adds to the magical and enchanting charm of the specials. The music by Giacchino manages to sound beautiful and entirely crisp in presentation and it makes the disc a real winner in the audio department. It doesn't reach perfection but this is a solid lossless presentation that is worthwhile and easily enjoyable.


Click on image to view Blu-ray screenshot with 1080p Resolution 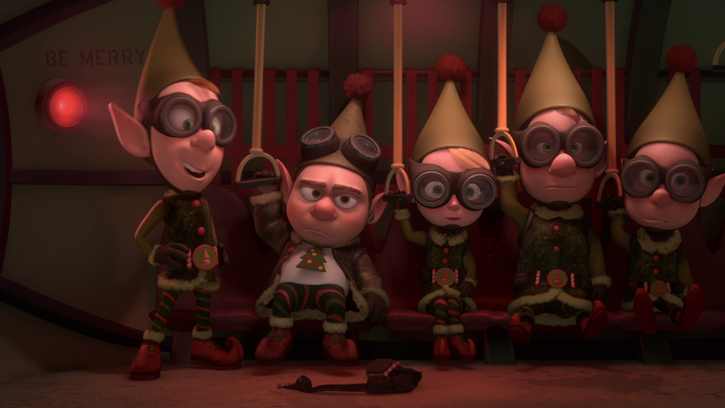 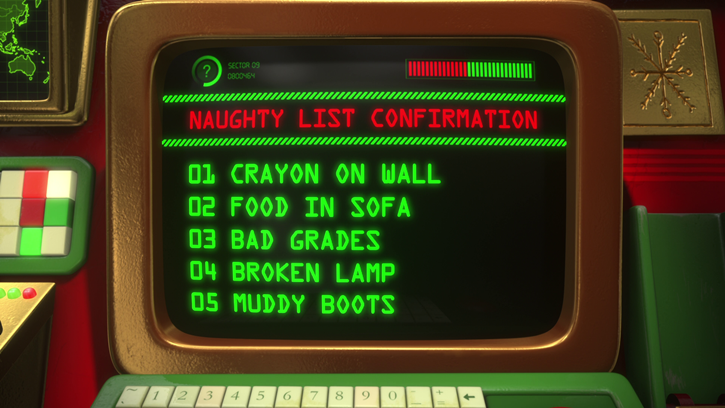 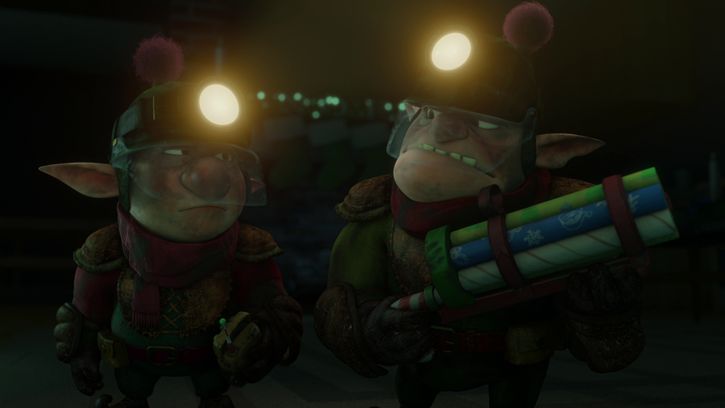 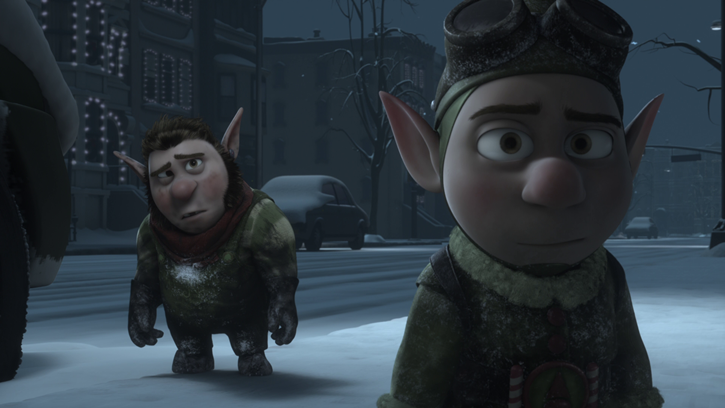 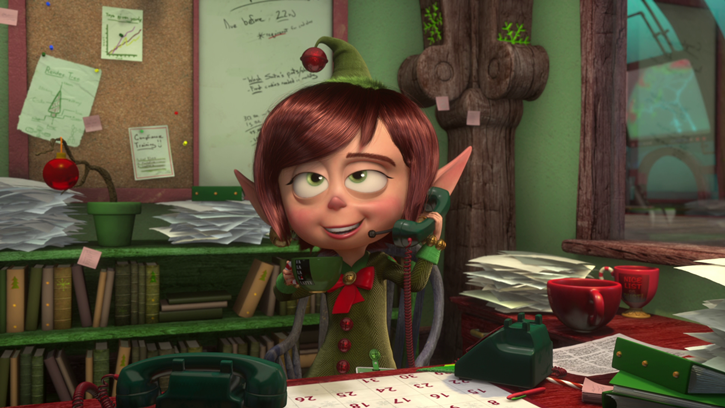 
The main bonus is two additional Prep & Landing short cartoons. The first, Operation Secret Santa, is around seven minutes long, and it was an immensely fun and comical piece with an amazing joyful spirit. It won an Emmy for best animated TV short.  The second short was significantly shorter, Tiny's Big Adventure, but it is laugh out loud funny and well made.

Please note:  The animated short film supplements are presented in 1080p High Definition but do not contain lossless audio presentations.

This release also includes a few Kringle Academy Elf Training Videos and North Pole News and North Pole Commercials. These are less enjoyable but decently made stylized videos reminiscent of old-school advertisements in concept art and overall design (only with a holiday spin). These aren't essential viewing, but would make a nice side-viewing for those interested.

There are also brief promotional pieces that aired on TV to promote the airing of both specials and which ultimately serve as fascinating behind-the-scenes featurettes containing the voice actors, directors, artists, and other individuals (including Pixar's John Lasseter) who helped contribute to these wonderful animated Chrstmas specials. These promo making-of pieces are worth a look for all fans despite the brief running times. 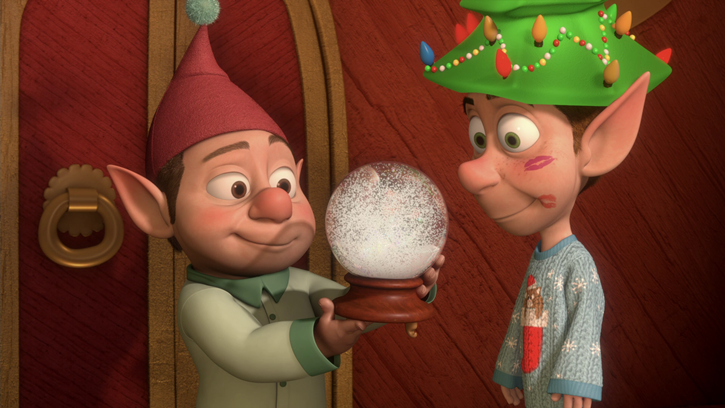 Prep & Landing is one of my favorite animated specials of the past several years and it is one that I can see myself wanting to share with family and friends year after year going forward. There is definite Christmas charm in this wonderful special. The follow up special, Prep & Landing: Naughty Vs. Nice is just as well made. It's also great fun and it serves as a highly spirited adventure that should also offer worthwhile revisits. The two specials make a nice pairing.

This Blu-ray release is a tremendous value even despite the short running times. If you have family, enjoy the Christmas season, and love Disney/Pixar productions this is a gem worthy release that is well worth purchasing.