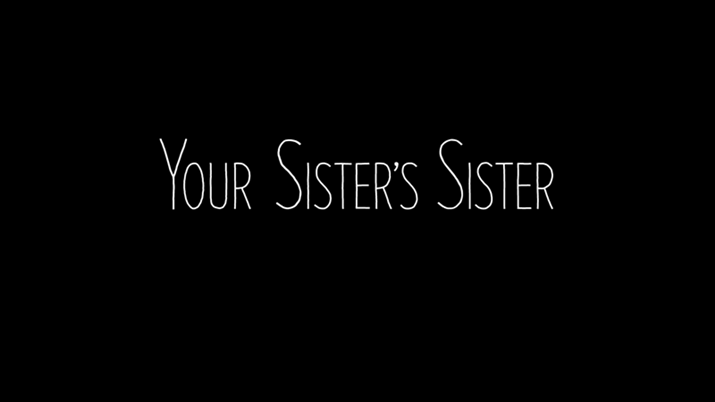 Independent cinema has gained a great deal from the talents of Lynn Shelton and Mark Duplass, who previously collaborated on the indie favorite Humpday and who have both made names for themselves as interesting actors and filmmakers. Both have demonstrated promise for their new establishments in the cinematic world. I am hugely impressed.  Your Sister's Sister is the latest film from writer/director Shelton and Duplass leads the talented cast. This effort is one of their best yet and this film is representative of some of the greatness indie filmmaking has to offer audiences in today's cinema landscape. This is an impressive feature and it is one of the best dramas released in the past year regardless of production budget or marketing or any of that hoopla business.

The film begins with introducing us to Jack (Mark Duplass). Jack is dealing with the loss of his brother, is currently unemployed, and is feeling a bit lost. He is close friends with the beautiful and charming Iris (Emily Blunt), who used to be in a relationship with Jack's brother before he passed away.  It's not exactly a great time for either of them at the beginning of the story.

Iris suggests to Jack that he take a trip to her family cabin and spend a few days there to think things over and to find some relaxation during these times of hardship. Iris is quite caring as a friend and just wants to look out for Jack and it doesn't take much for Jack to oblige. Her idea intrigues him (even though he learns that Iris won't be able to make it there to see him - some news that he didn't seem to want to hear).  Jack heads out on bike to have his week of solitude and reawakening. 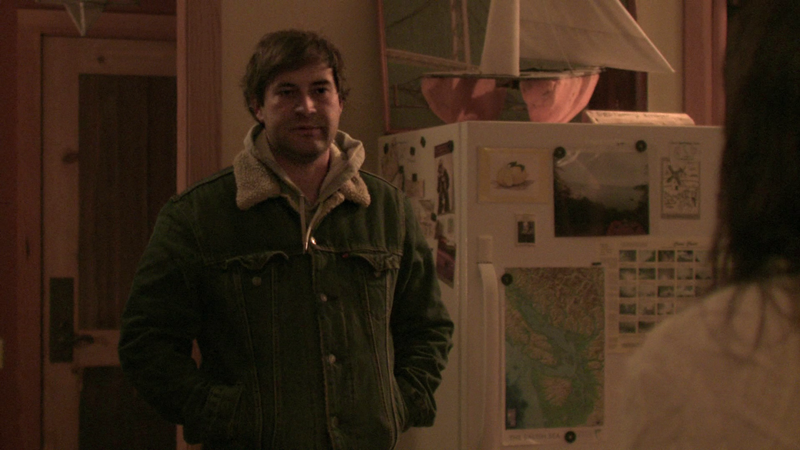 So, naturally, Jack arrives at the cabin and discovers that someone else is already at the cabin. "Who could possibly be in there?" was surely a part of Jack's reaction to the girl he saw was there. It turns out to be Iris's sister Hannah (Rosemarie DeWitt), who decided to take a stay following a breakup with her now ex lesbian girlfriend. Jack and Hannah begin sharing the comedic recollections they have of Iris and they get to know each other over several drinks.

Jack and Hannah have sex after their drunken conversation that evening. Unexpectedly, Iris arrives the following morning at the family cabin. Jack scrambles around and acts crazed as there's absolutely nothing about the sex with Iris's sister that Jack wants Iris to know about. Hannah is perplexed and doesn't understand why. Everything becomes more complicated.

As the story unfolds, the audience gets to see more of the intimacy of the sibling relationship between Iris and Hannah and the closeness between Jack and Iris becomes clearer and more defined. Yet Jack slept with Hannah... and Hannah slept with Jack. What to do? 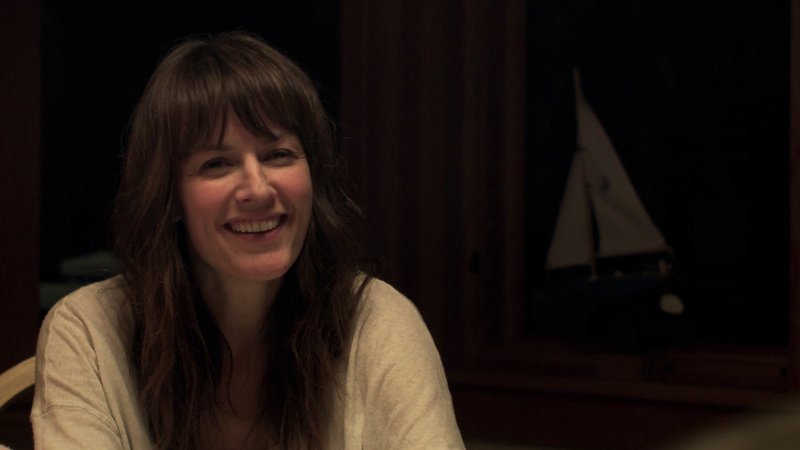 This film isn't that complicated if one is to only consider the way the plot is established and certain specifics as to how everything unfolds. Even so, Your Sister's Sister is absolutely an interesting and unique creation. It is a complex undertaking much more so than it is simple. These characters are complex human beings and the way in which Shelton handles the care necessary in her storytelling is delicate and humane.

The subject matter is handled well. It certainly isn't utilized to create laughs. Anyone expecting a comedy (as some of the trailers for this film seemed to indicate) won't necessarily appreciate every aspect of the film and may feel a bit disappointed. There are some comedic moments, indeed, but this film is entirely a dramatic one at its core.  Fans of great dramatic stories of complicated characters will enjoy this one the best.  It is a relationship-based drama about siblings, friends, and the hearts and minds of the people we love. Nothing about that is a simplified theme. Your Sister's Sister has a lot of ground to explore, and it covers those fascinating territories with a special kind of grace.

Looking at the film from a production standpoint is really quite amazing. The film only has a handful of locations that it utilized and all of these location spots were used effectively in the film. It's clear that this wasn't a movie made on a giant budget and that it handled that aspect well. Your Sister's Sister doesn't feel small in scope even if it's apparent that the budget was smaller on this particular filmmaking effort. 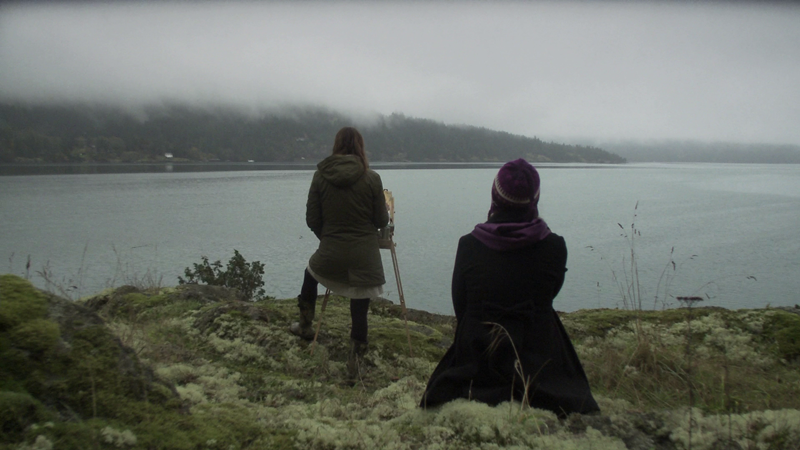 Some aspects of the film reminded me of a theatrical production, especially certain scenes that unfold at the family cabin. I enjoy it when films can manage to feel like a nice balanced blend between the theatrical and the cinematic. Quentin Tarantino handled this style of filmmaking remarkably well with Reservoir Dogs.

It always impresses me when filmmakers work well utilizing that kind of style.  Lynn Shelton does an excellent job blending these aspects with Your Sister's Sister and it excels, in part, at least... because of the intimate theatrical quality inherent in this film's screenplay. Shelton's writing is well-balanced and character focused in a way that's essential for the success of the story. This is one of many ways in which the effort works wonders.

Your Sister's Sister is a triumphant success as an indie film and as one of the best films of the year overall. It features amazing filmmaking by Shelton, excellent performances by Blunt, DeWitt, and Duplass, and strikingly beautiful cinematography by Benjamin Kasulke. It's excellent filmmaking from start to finish. 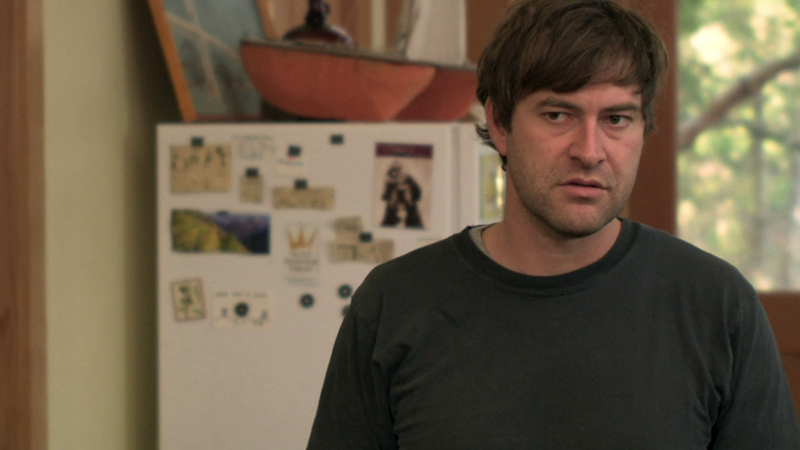 Your Sister's Sister arrives on Blu-ray with a generally superb 1080p High Definition transfer. This has a nice blend of traditional film and digital film stylistic moments. Some scenes have grain, black levels, and some inherent softness. Not everything is shiny and perfect. These image flaws are barely an issue when the film is in motion and are usually just minor issues during the night-time scenes. Most of the movie looks crisp, clean, and modern with a sleek digital look that is impressive. Your Sister's Sister is presented in its 1.78:1 widescreen aspect ratio. The lush and colorful cinematography shines beautifully with this release. I was especially impressed by seeing outdoors shots look stunning in High Definition. 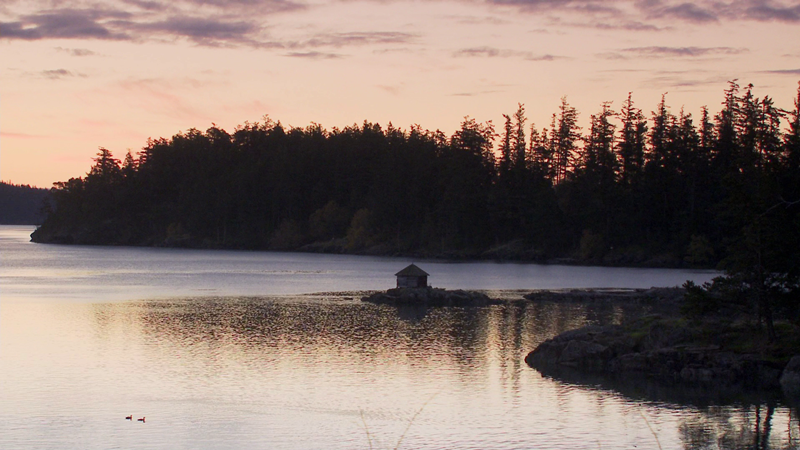 The 5.1 DTS-HD Master Audio isn't frequently engaged with the surround sound and is only utilized occasionally. When the surround fields are active it's never so that the film can add immersive ambiance. Things are relatively quiet throughout the film and its main focus as a sound design seems to be to replicate dialogue well, which is clear and easy to understand.

However, the film does occasionally focus on the score and in these moments the stage is expanded and it sounds even more immersive with Vinny Smith's pleasant original score. 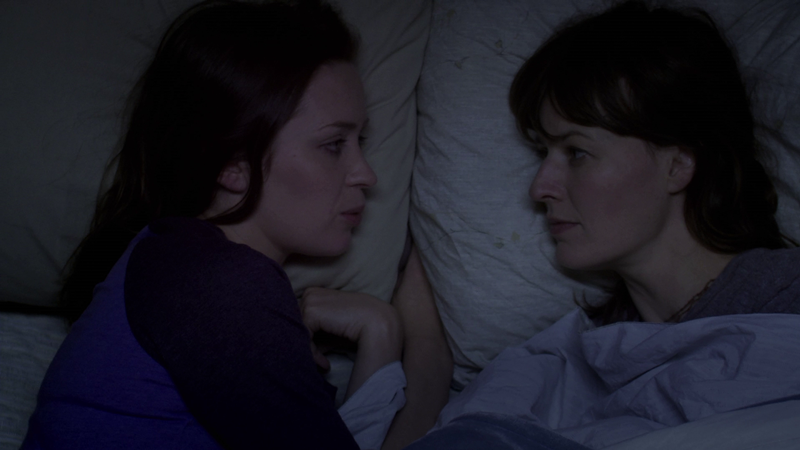 Your Sister's Sister is one of the best made indie films of 2012. It's a solid story that is benefited from delicate writing and direction by Lynn Shelton. The performances by all three leads are the kind of performances needed to carry the story. There is a huge emphasis on the acting and there isn't anything in this film that is less than stellar when it comes down to Emily Blunt, Rosemarie DeWitt, and Mark Duplass.  Your Sister's Sister is worth seeking out for fans intelligent dramas.