Lost Girl is a Canadian produced show that airs on SyFy here in the states and stars Anna Silk as our heroine and major protagonist Bo. Bo's different. She has a secret. Can you keep a secret? I can. She's a Succubus. She literally sucks out all of the sexual energy from her victims before they die. In fact, after she's done with them, they die with a smile on their face. Did I mention she's the good guy? Okay, just making sure. While working at a bar, and saving the life of a young thief named Kenzie (Ksenia Solo) who was drugged, she sort of takes her under her wing and moves her into her apartment for safekeeping.

What these young and attractive ladies don't know is that they're being watched by a highly secretive organization called the 'Fae.' Dyson (Kris Holden-Ried) is a Werewolf/police officer and Hale (K.C. Collins) is his partner and a Syren. These supernatural cops aid them and keep them out of danger for a bit all the while Bo is taken in by the Fae that represents the light. It turns out that there are multiple factions and groups split into: Light Fae and Dark Fae. Both groups aren't necessarily good or evil as both of them have members that do bad things regardless of their light and dark affiliations. Bo doesn't fit anywhere, because she's had the Succubus 'curse' most of her life and is just finding out about this whole new world.

This is why the show works in spades. You have a strong female heroine and a strong female sidekick that take it as well as dish it out. Not only that, but the show is has several elements that work in its favor. There are lots of monsters with different powers in addition to story arcs that weave in and out of traditional and not-so-traditional mythology. The main plot line of the story is that Bo needs to find out how to control her Succubus ways. Luckily for her The Fae faction that watches her also have state-of-the-art medical facilities for monsters like her. Together they will help her control her hunger.

Lost Girl: Season One, again, is one of those happy accidents that I find myself stumbling upon every once in a while. I can usually tell if I'm going to like the show or movie once I get a feel for it after watching promotional materials like trailers, pictures, PR releases, etc. That's actually what happened with Lost Girl. I initially bypassed it, because I saw that it was from FUNimation and I wasn't really feeling like watching anime, so I carried on. I came back around when I saw an announcement for it and decided to see what it was all about. Lo and behold it was live action, had horror elements, and a smoking hot lead actress. I was in!

The first season of Lost Girl runs for 13-episodes, which is pretty cool, and I thought for some reason that it ran longer than that. I guess I was just into the show. I know that the second season has been announced for a November release, which is fine with me. If you're a fan of Supernatural, Buffy the Vampire Slayer, and the X-Files then you will dig Lost Girl.

Lost Girl: Season One is now available on Blu-ray and DVD. 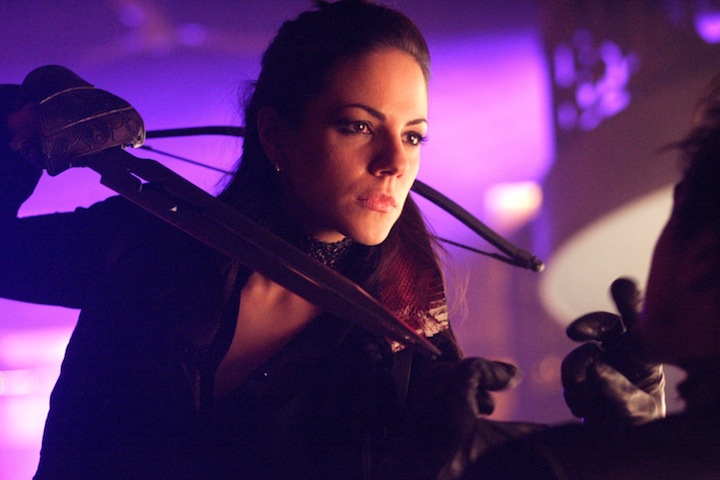 Lost Girl: Season One has quite a lot of interviews and featurettes. They all run for a few minutes in length each. The footage is presented in SD quality. They're broken down in category as follows: 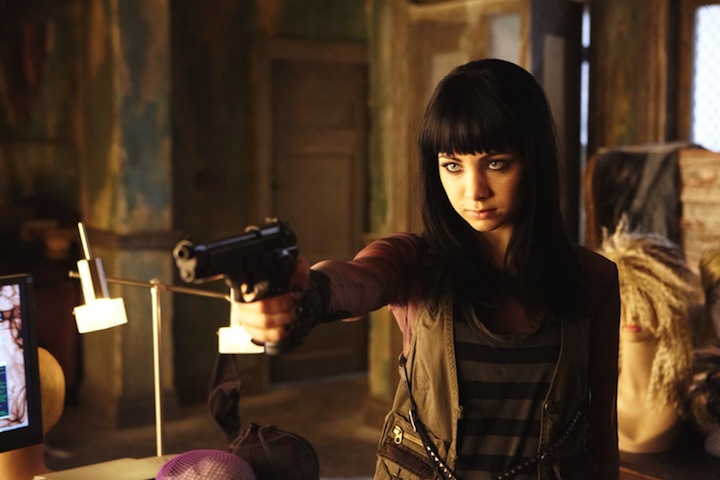 Lost Girl: Season One is a very entertaining show. I received a 'check disc,' so I am not sure if all of the specs are finalized in terms of audio and video, which is why there's only a brief mention of extras. It is possible that the final product has been modified, but I can't comment on uncertainties. As it stands Lost Girl: Season One is highly recommended!