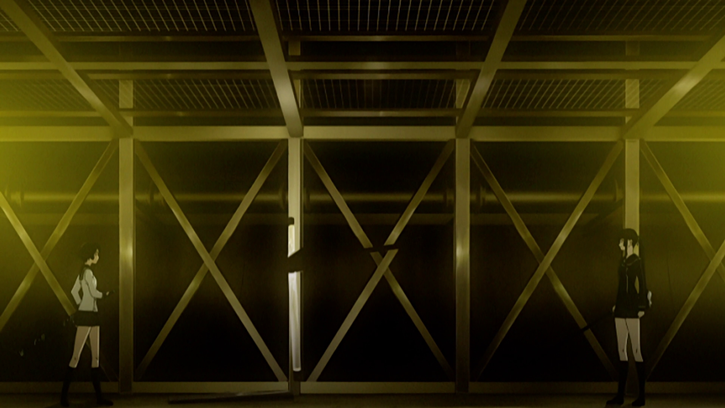 Ga Rei Zero is a prequel of sorts -- one which resulted from the success of a manga series known as The Enchanted Spiritual Beast Ga-Rei. The first episode of the 2008 anime sets things up dramatically only to prove to be a false switch for a different kind of storyline altogether. The setup involves government forces that are fighting supernatural beings and occurrences in order to protect the citizens of Japan. What's the twist, you ask? The story focuses on the relationship between two girls: Kagura and Yomo, who have similar family backgrounds. Ga Rei Zero is actually a story about the importance of friendship and what happens when the bonds of friendship are broken. The story is hard to describe without giving certain elements away (and some aspects are actually more convoluted than well written). The bottom line: Despite heavy action and a preference for characters this is a decidedly uneven series that attempts to blend intense action with the flair of dramatics.

The subpar direction by Ei Aoki is the element that bothered me the most with the entire series. The dramatic sequences as seen throughout the show move along at a place even slower than an especially slow snail. Little is done to enhance those moments visually to make them more interesting for viewers to behold. Then there are action sequences which are also poorly framed with too much emphasis placed on quick editing and poorly paced moments of ridiculously over the top fighting that seems familiar when compared to any generic action anime series. Nothing seemed differentiated enough to become particularly interesting for any discerning anime fans. The direction feels distanced from the production to enough of a degree that it even feels as though it might be merely an example of Aoki going through the motions. 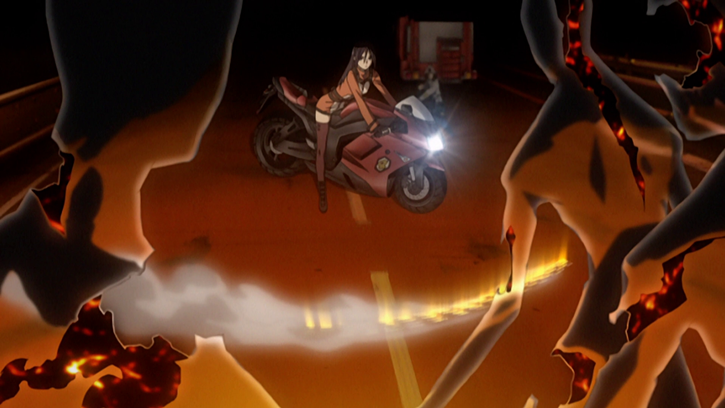 The characterization is the element which could help set this series apart from the drearily familiar landscape the plot lives within and yet this element also managed to fall completely on its own pompously ill-conceived face. I honestly expected the series to do a good job of introducing the characters and I felt that the writing could help improve the generic nature of the directing. Instead, the series begins with an episode that focuses almost exclusively on mindless action sequences and a poorly laid out storyline that seems to aim at exciting but provokes disinterest more thoroughly instead. This notably haphazard introduction to the series was something that turned me off of the show almost immediately.

Ga Rei Zero seemed poised to become more interesting around the third episode. By then the characters were coming into focus more and the emphasis on action started to become downplayed. Many sequences seemed to try to emphasis characterization. Attempts were being made to try and add a nice dramatic layer to the story backbone but the little details learned about the characters were underplayed and helped make them seem even more like cardboard cutouts than before. The most disappointing aspect about this is that the characters themselves seem to feel just as generic and uninvolving as the action sequences felt. I had felt no genuine emotional investment in these characters and that was detrimental to enjoying the show. 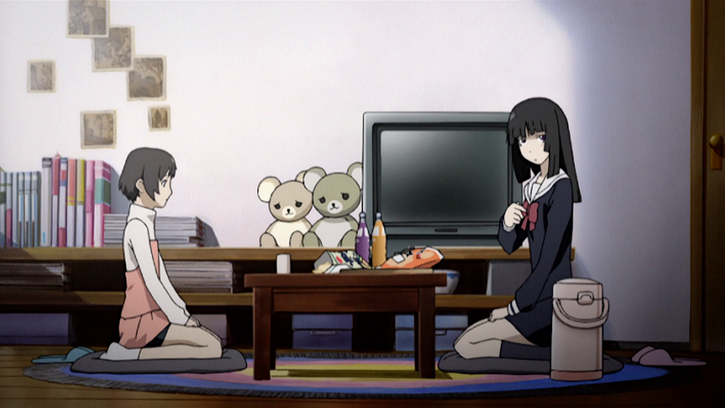 The character designs are a bit bland. I guess it's only natural that this element wouldn't seem as noticeable or appreciable for the makers given the other elements that felt weak and uninvolving. The background animation was notably superior though and the overall production design for the animation was impressive. It's easy to see how some viewers would become more absorbed in the show based upon the overall look of the show itself. This is definitely a slick looking production; one that feels like a high quality effort by the animation department even if the other elements that should contribute to the animation's success (solid direction and character design) come up short.

The conclusion actually picks things up somewhat and makes for a more solidly enjoyable experience for a mostly mediocre show. Any last minute saving graces felt (as the saying goes) "too little -- too late". It's a shame too. I had high hopes for Ga Rei Zero and those hopes were not met with full satisfaction. Here is a series that coasts on mediocrity and a sustainable level of mild interest that helps to propel it to an inevitable conclusion. 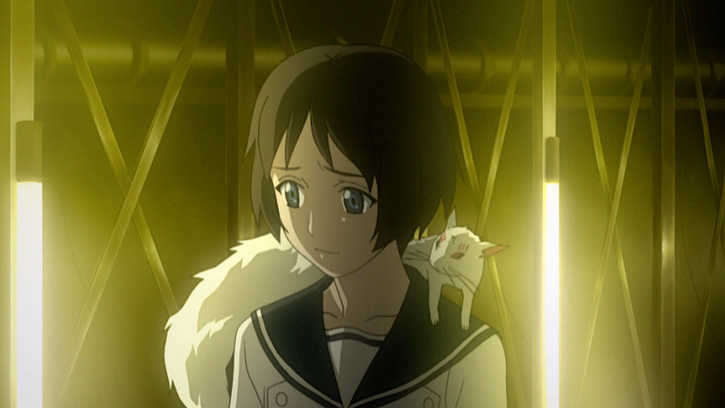 Ga Rei Zero is presented on Blu-ray with an up-converted Standard Definition source to 1080p High Definition that preserves the original 1:85:1 aspect ratio from television broadcast. The improvement is clear between the two versions - the Blu-ray has a slightly more stable image, visibly smoother, and free of any compression issues quite often prevalent on the DVD format. The DVD release is not quite as clear and the colors seem slightly better with the Blu-ray version too. However, the improvements do remain marginal when one considers the standard definition source of the up-covert which is well replicated on the included DVD's.

The series is well represented with two impressive lossless Dolby TrueHD audio options. The 2.0 Japanese language dub sounds strong for a 2.0 mix and while it is obviously limited to front activity it was still a relatively robust mix. The 5.1 English language dub is more impressive with more noteworthy activity in the sound field - the bass is notably stronger, and the sound effects seem more prominent. I enjoyed both dub options but preferred the English language track for having ultimately superior qualities. Either option should be fairly pleasing to fans ears though. 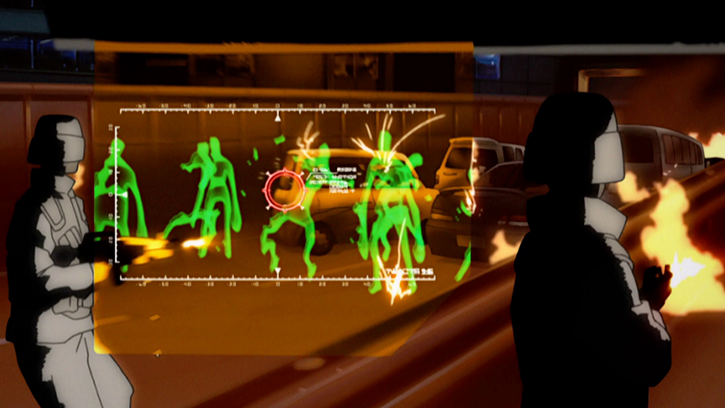 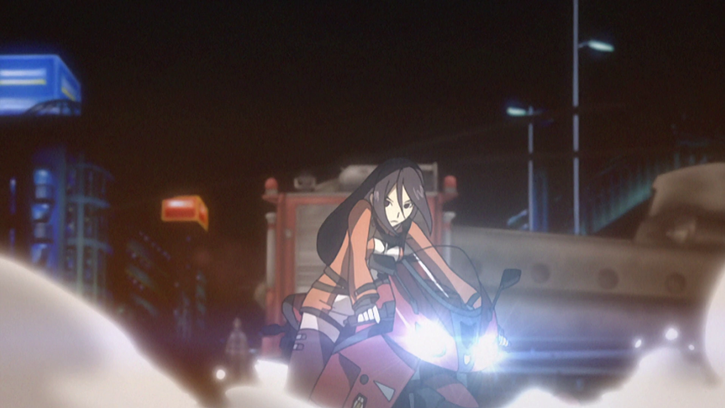 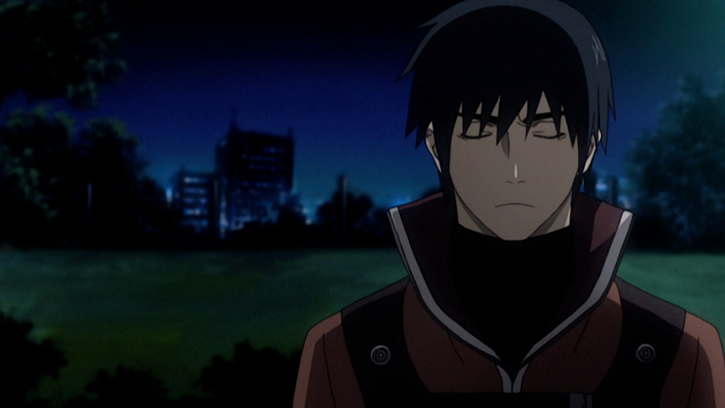 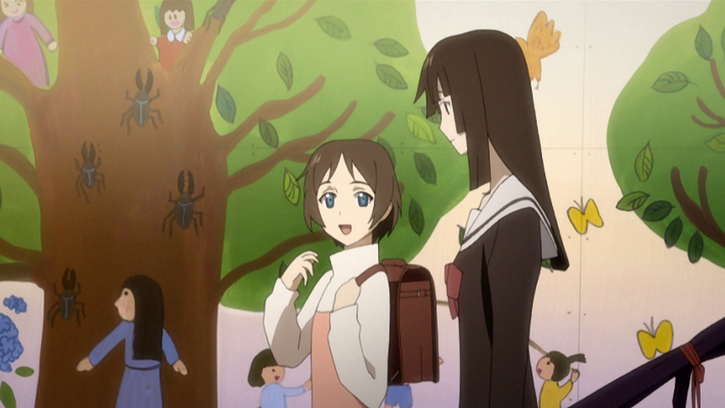 There isn't anything too amazing that can be found in the extras department of Ga Rei Zero. However, it certainly contains a more copious amount of extras than some anime releases have. The biggest inclusion is a series of Location Specials. These six special documentary-style videos take viewers to the locations which were used for inspiration in creating the animated backgrounds featured throughout the entire series. The PQ/AQ isn't great on these specials, but that isn't really the point -- it's an inside look into what the pre-production process can often look like for anime artists looking for a framework to help them create the foundations of their show. While I was never particularly enthralled by these specials, the inclusion of this behind the scenes material is impressive and it is worth watching at least once to learn more about this important process. The combined run time for these six specials is a little over two hours in length. English subtitles are included.

Rounding out the extras are textless opening/closing credits, a promotional video for the series first episode, and promotional videos promoting the Japanese DVD release. I was disappointed to see that the promo clip for the Japanese media release indicated more extras than what was found on this US release. 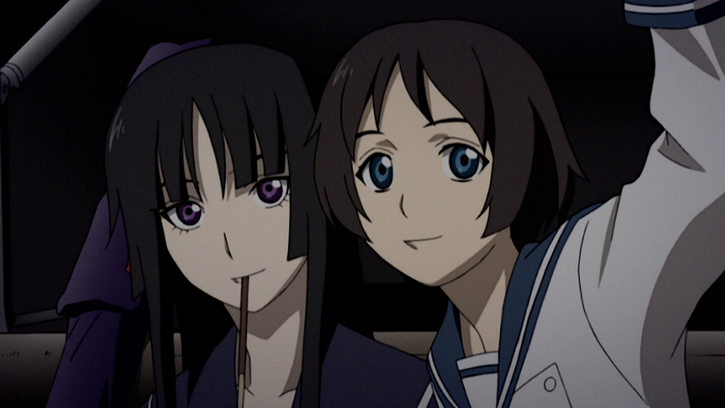 Fans of the original manga series from which this anime was inspired may find notable reasons to experience this anime prequel. Many newcomers would perhaps find some elements that are enjoyable as well (the premise is particularly appealing). Yet good intentions and a few interesting ideas does not necessarily equate to energetic and thoughtful television. As disheartening as it is to say this, I feel I have been left with no choice: I found the series surprisingly underwhelming - dull, idiotic, and quite frankly, unnecessary in execution from beginning to end. The Blu-ray release is also decidedly average as an up-convert. The good side of this release is that the series is now available in a standard Blu-ray sized case and with a Blu-ray sized slipcover too.

Fans of Ga Rei Zero will want to own this edition as it's the best edition on the marketplace, but everyone else should take a rain-check and consider this a rental-at-best first. I just couldn't get into the series, and I think most of the viewers unfamiliar with the manga that is connected to it will not enjoy the series much. Fans of the manga and those who can still call themselves fans after seeing this anime series can make a purchase while everyone else can Skip It.