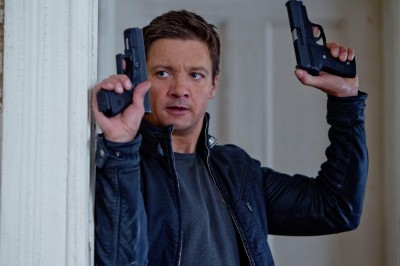 The Bourne Legacy has always been one of this summer's more questionable projects, a picture that asked a question seldom even posed anymore in this post-Smokey and the Bandit 3 age: is a franchise even worth continuing if the title character isn't involved? It became clear early on that neither star Matt Damon nor Bourne Supremacy and Bourne Ultimatum director Paul Greengrass had any interest in continuing the franchise, and for good reason; that third film was an entirely satisfactory conclusion, and dragging the character's adventures out further didn't really make a helluva lot of sense. But The Bourne Legacy went into production anyway, and while some of us snickered at Universal's seemingly desperate play for summer cash, the project started to get interesting. Jeremy Renner, Rachel Weisz, and Edward Norton signing on are all good signs--a better one is the involvement of Tony Gilroy.

Gilroy wrote or co-wrote all three of the Bourne films, and established himself as a formidable writer/director in his own right, with the Oscar-nominated Michael Clayton and the less successful (but frothily fun) Duplicity. If anyone could make this dubious notion work, it was him, and it is a pleasure to report that he's done just that. The Bourne Legacy is not quite up to the high bar of the original trilogy, but it doesn't dent their considerable reputation among tentpole action films for brainier audiences.

What's more, Gilmore finds a fairly ingenious way to build this story--and the possibility of more--out of what's come before. Perhaps the cleverest touch of the Ultimatum script (which he wrote with Scott Z. Burns and George Nolfi) is its chronological placement concurrent to Supremacy; the first 80 minutes of that film takes place between the last and second-to-last scene of its predecessor, one of the few occasions this side of Back to the Future Part II in which a sequel occurs during the film before it. Legacy complicates things even further, by placing its opening scenes during that same busy stretch of time--in other words, the first 20 minutes of Legacy take place both during the first hour of Ultimatum and between the ending scenes of Supremacy. You need a flow chart to keep track of this stuff.

This isn't just nodding at the earlier films or charming us with shout-outs (okay, there's a little bit of that); Legacy's story begins with the fallout of Jason Bourne's exposure of inside secrets at the end of the previous film, which finds the shadow government types (ex-military this time) having to cut their losses, eliminate officers involved in similar programs, and make plans to rebuild the "beta programs" already underway to correct the failures of Bourne's alma matter, Treadstone. But one of those agents slips between the cracks.

His name is Aaron Cross (Renner), off training at a remote facility in Alaska, where he barely escapes a drone attack. Cross is one of a handful of agents in an offshoot program that's building super-soldiers via genetic engineering; once he's off the grid, he still needs the "chems" (meds) that keep him physically fit and mentally agile, so he tracks down Dr. Marta Shearing (Weisz), who administered his physicals. She's not in much of a position to help though, having nearly met her own death in a shooting rampage at her lab. Knowing that she's a target as well, Cross whisks her off to the Philippines, where those "chems" are manufactured--with his former higher-ups (specifically Norton) in hot pursuit.

Those are the details--when it boils down to it, the film is (as the other films were) a chase, and a good one. Much of the pleasure of these films is in their intricate plotting, complicated but clear, busy but efficient, but always disposable for less discerning audiences who were there for the chases and fights and explosions. There are plenty of all here; Cross dispatches bad guys with finesse, particularly in a shoot-out at an old house that's just waiting to be shot-up, while the exhilarating foot chase through Manila manages to transcend the considerable shadow of a similar sequence in Ultimatum.

Thankfully, the movie mostly rises to the challenges of its pedigree. Gilroy does not adopt the shaky-cam aesthetic that Greengrass brought to the series, opting instead for the smoother, more classical style of his directorial efforts and of Doug Liman's Identity (the cinematographer is the great Robert Elswitt). But his action beats are muscular and sharp, and though his cast doesn't get a lot of opportunity to flex their thespian muscles, they make the most of little moments--the way Norton's eyes go icy when he realizes who he's up against, Weisz's genuine paranoia as her situation gets away from her. And Renner makes a credible, entirely acceptable replacement, bringing the role a palpable physicality and a touch of pathos.

Strangely, the last couple of scenes don't really work. Series regulars Joan Allen and David Strathairn are brought in for what amount to "special guest" appearances, but they feel perfunctory--by that point in the film they're not really necessary, because by then, we've accepted it as its own narrative, and adopted these new characters. When it returns to them, it's a shock to realize that the picture is ending (complete with the expected appearance of Moby's "Extreme Ways"); the story doesn't quite feel complete. Then again, maybe that's the idea.