Please Note: The stills used here are taken from promotional materials not the Blu-ray edition under review. 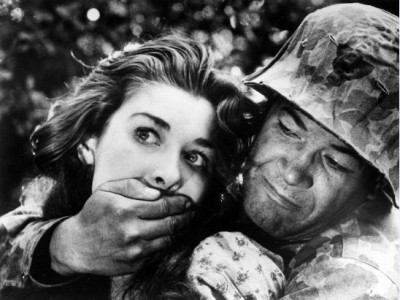 The chance to peer at the building blocks of a master filmmaker's career, particularly when it is a heretofore little seen debut film, should generate much interest and even celebration, but at the same time, it's best to temper one's excitement and manage expectations. Stacking a rookie effort against the product of a more accomplished later output can be a risky business, especially if the artist had good reason to let the material disappear.

In the case of Stanley Kubrick's 1953 full-length debut, Fear and Desire, the great director certainly shouldn't have been as embarrassed as he's alleged to have been, but neither can the film handle the burden that some will place on it. It's not an incredible revelation, a bright and shining star guiding the way toward things to come. It's good--very good, in fact--but it's not going to supplant any of his other film's as anybody's favorite.

Fear and Desire was an independently funded effort, and though it did have a short theatrical run, it has largely been out of the public eye in any legitimate capacity since its release. This is the first major restoration of it, working from a previously undiscovered print. It aired on Turner Classic Movies last year, and now makes its way to home video. It's a war drama produced, directed, shot, and edited by Kubrick, working from a script by Howard Sackler (The Great White Hope, Jaws 2). Running at just an hour, it reminds me of a solid episode of dramatic television from the 1950s or 1960s. It would have made a great entry in an anthology show. It offers a complete narrative, but it lacks the depth of a more fully realized movie-length script.

The story is set during an unidentified war. Four American soldiers have crash-landed six miles behind enemy lines and are trying to make their way out. The group is led by straight-laced Lt. Corby (Kenneth Harp), whose by-the-book approach is off-set by the more gruff opinions of Sgt. Mac (Frank Silvera, Valdez is Coming). Of the other soldiers, Pvt. Fletcher (Steve Coit) goes along as best he can, while the young Pvt. Sidney (Paul Mazursky, who would go on to direct many films himself) is untrained and untested. Fear and Desire essentially splinters off into two narratives as the men try to find their way back to safe ground. In the first half, they take prisoner of a local girl (Virginia Leith, A Kiss Before Dying) who spots them. Sidney is left to guard her, and as he waits for his comrades to return, it becomes evident how much the fighting has affected him.

The second half of the movie details the men's efforts to assassinate a general who has set up camp nearby. Mac would rather do some good on the path to escape than just quietly sneak by. It's here that the movie gets a little shaky. Kubrick makes the particularly odd decision to cast Harp and Coit as the enemy officers, presumably to hammer home the point that, in combat, regardless of what side of the line they are on, men are basically the same, just flesh and blood. Given how much of the movie is saddled with over-written narrative voiceovers, this poor symbolism might have been the design of Sackler. It's hard to say.

Kubrick shows himself as ambitious and largely capable as a filmmaker, though Fear and Desire also suffers from some clumsiness. Shots don't always line up, and the limited budget is evident in some of the props and costumes. The post-production audio dubbing also calls attention to how cardboard the performances can be. Yet, when the young director goes for broke, he shows a keen eye for impressionistic montage. An up-close fight in an out-of-the-way cabin is cut together with a choppy swiftness, with Kubrick favoring close-up point-of-view shots of the attack and using cutaways of the men's spilled dinner to illustrate the desultory chaos of combat. It's a little stiff in execution, but as the images prey on Sidney's mind, the effect sharpens. In some ways, its roughness reminds me of early Sam Fuller.

Accompanying Fear and Desire here is another film Stanley Kubrick made in 1953, a half-hour documentary called The Seafarers. This is essentially a long promotional piece for the Seafarers International Union. Shot and edited by Kubrick, it's notably his first color effort. There isn't much here to interest beyond that. It's a fairly straightforward industrial film, nicely put together, but it would be all but forgotten had it not had Stanley Kubrick's name on it. 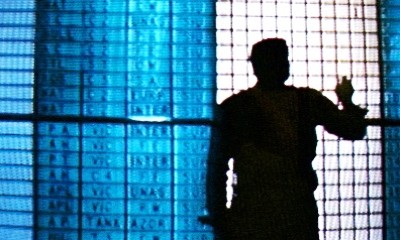 Video:
Fear and Desire is shown as a full-frame black-and-white image. The 1080p transfer was taken from a 35mm source restored by the Library of Congress. The restoration job is really well done, with suitable graininess and clear resolution throughout. Some scenes show slight wear, including scratching and other marks, but nothing persistent or obscuring. Grays have nice variation, and the blacks look good in the darker scenes. Detail is pretty great throughout, with the natural scenery really coming alive thanks to the depth of the high-definition image.

The Seafarers is also full frame, 1.33:1, with a color encode made from a print held by the Museum of Modern Art. This film looks considerably less sharp than the main feature, though that is probably due more to the source material. The overall look of the image here seems to fit the period and the nature of this industrial piece, with a nice vintage quality to the colors.

Sound:
The two films have audio remixed and presented as PCM 2.0 tracks. The soundtracks have been nicely cleaned and the volume well modulated. I heard no instances of glitches or hiss or any extraneous noise. Dialogue in Fear and Desire is clear and easy to hear--sometimes too much so, thanks to the post-production recording process--and sound effects are balanced nicely, though they too suffer from the cheapness of the original production. From the sound of it, Kino made the best of what was available to them.

Extras:
None, sadly. For once, there seems to be a real story here, and I'd love to have seen some discussion and history of these productions, but alas, there is none to be had.

FINAL THOUGHTS:
Recommended. Naturally, the impulse is to rate a Stanley Kubrick effort much higher and to immediately call it essential, but when it comes down to it, Fear and Desire does not likely have that broad an appeal outside of the most obsessed cinema circles. Do you own all of Kubrick's other films? Then yes, you want this to sit on the shelf with your other Blu-Rays. Others may find the 1953 war film a little underwhelming, the kind of thing you watch and enjoy once, but not crucial repeat viewing. I really liked it and will certainly revisit it, but as I said at the start, temper your own expectations accordingly. 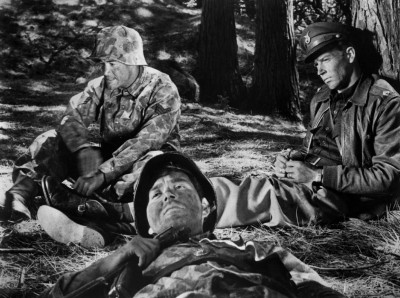