"Eleven Samurai" marks the third film in director Eiichi Kudo's trilogy of samurai films. Those having seen both "Thirteen Assassins" and "The Great Killing" might approach "Eleven Samurai" expecting a familiar cinematography, but completely unsure of how Kudo will handle the tone of the film. The tonal shift between his two former films strongly cements Kudo as a master filmmaker, showing he can handle both grand scale and intimate narratives set in a very large, living world. "Eleven Samurai" sadly and thankfully doesn't deviate from those films, instead choosing to couple Kudo's beautifully shot style with the best of both worlds, resulting in a story viewers are certain they know the outcome to, but will be pleasantly surprised in its final act. 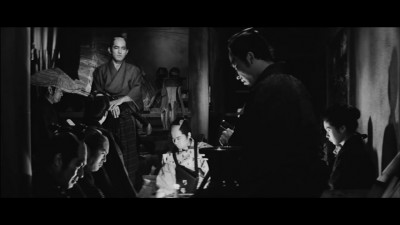 Like his previous two films, "Eleven Samurai" is focused on the punishment of a corrupt royal, in this case Lord Nariatsu, the son of a retired Shogun, who in a fit of anger murders an innocent village on the land of another clan's territory and then maims a respected member of the clan who calls him on his misdeed; as expected, political dealings behind closed doors leave Nariatsu with less than a slap on the wrist and a group of seasoned samurai, devoted to justice, declaring to lay down their lives in order to bestow a fitting punishment on the psychotic lord. The paths of all the characters eventually converge for a finale that is brilliant at lulling you into a false sense of security before springing a brilliant surprise. 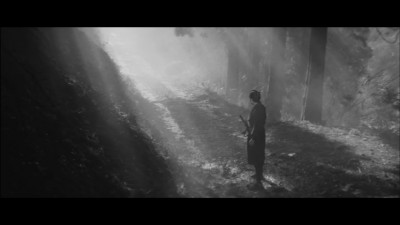 What makes "Eleven Samurai" compelling, apart from the gorgeous art direction, are its colorful characters: from the villain Nariatsu to the catalyst in the plot to kill him, the ronin-by-choice Hayato, and all the way Nui, a beautiful and deadly female swordsman whose commitment to honor shatters the way women are generally portrayed in these genre films. Kudo keeps the film moving and thankfully short, running 30 minutes less than his previous two efforts and its this approach to filmmaking that solidifies the fact that "Eleven Samurai" is not familiar out of apathy, but of deliberate intention to balance the easily accessible (and I'd say of Kudo's informal trilogy, this is by far the easiest for a newcomer to the genre to watch) with intelligent, quiet philosophy. 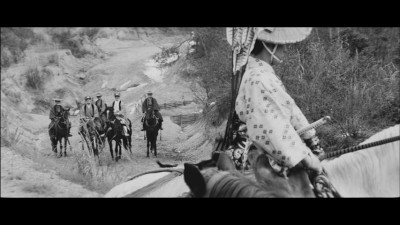 "Eleven Samurai" is not the best of Kudo's trilogy, but its no less compelling or any less worthy of your viewing time. Taken as a complete package, the trilogy amplifies the cry of Kudo's status as an auteur whose name should be far more commonplace than it is. For a filmmaker to make something so familiar seem so distinctive is the hallmark of a confident artist and Kudo's "Eleven Samurai" is something very familiar, but utterly gripping until the final, I dare say, shocking final shot. It is a perfect mixture of visceral action and character drama and well worth revisiting in years to come.


The 2.35:1 anamorphic widescreen transfer is very crisp and clean; there's some regular, minor print damage, but detail is striking, as is the contrast levels on this very deliberately photographed film. Compression artifacts are only spotted vaguely under close scrutiny and edge-enhancement is noticeably absent.


The Japanese mono audio track is generally clean, with little to no distortion or hiss; some dialogue though has a light mechanical reverb to it, possibly the effect of an expansive studio, but its noticeable nonetheless. English subtitles are provided with full dialogue and film text translations, as well as the option for dialogue only; subtitles are also provided in both color and black-and-white/grey.


The bonus features consist of the film's trailers, text-based program notes, a still image gallery, and cast and crew bios.

Eiichi Kudo's final offering in his informal samurai trilogy proves to be uniquely familiar and captivatingly new, often in the same scene. "Eleven Samurai" is an incredibly accessible genre film that has more than enough to offer veteran fans. AnimEigo offers a great technical presentation of a film that, in a just world, would have been on DVD a decade ago. Highly Recommended.