(Not) Based on True Events... - With that caption we're underway in Michael Biehn's The Victim, which is a pseudo throwback to the 'grindhouse' era of films (but more like the recent crop) that tells the story of a young woman named Annie (Jennifer Blanc), who witnessed a murder committed by two crooked detectives. Annie is also a stripper by trade. Yeah, I just had to get that out there. Kyle (Michael Biehn) is a recluse who spends his days and nights held up in his cabin in the woods. His world along with hers will change forever when she makes that desperate move of knocking on his door for help. 'Of all the strip clubs, in all the towns, in all the world, she walks into mine.' Okay, Biehn really didn't say that, but that's the way it plays out. He's just minding his own business until Annie and her troubles come along and put him in the middle.

From that point on, Kyle and Annie will do everything in their power to survive the onslaught of violence and depravity that is coming their way. These aren't just any ordinary woods they're the coveted woods located in the San Fernando Valley east of Los Angeles. I say that last part almost in jest, because these aren't the woods or forests featured in something like Deliverance. These are the not-so-well-known woods of Southern California. The only reputation these woods have is that shooting ting films in them is not as expensive as one might think.

The Victim's structure is also a flawed one in that we're shown lots of flashbacks of Annie hanging out with her friend, Mary (Danielle Harris), while flashing forward to the present. The film isn't that long to begin with, so it could have been a wee bit tighter. Also, the fact that Kyle is a recluse isn't really explored at all. Hell, the opening scene is of him having a meal and coffee at a nice restaurant near the highway. He even lets the waitress keep the change. You'd think (I would think) that if you're living off of the grid that you would probably live off of the land and occasionally come out for essential supplies, not nice meals at restaurants. It's only a nit-pick, but there are quite a few more that drag it down.

During scenes of extreme torture, like the almost branding of a man's testicles (over the pants) with a hot crowbar - it always amazes me how fast someone who just got his nuts singed off and crushed can quickly recover, never mind that he's probably a eunuch now. I did enjoy the final moments of the film, including the ending, because I knew it was coming, so it at least ended on a high note.

Nitpicking aside, it's admirable that the production was able to raise the $800,000 to make the film. Family and friends of the cast and crew all chipped in to make it the best film they could and that's an admirable thing. The 'grindhouse' label is now getting thrown out there like the 'found footage' genre, but I would not even consider The Victim a true grindhouse film. It's got a few elements here and there, but it takes more from exploitation films more than actual grindhouse pictures. You can go so far as to call it 'grindhouse lite' if you want. The Victim is definitely rentable trash. I say that with some affection.

The Victim is available now on Blu-ray and DVD. 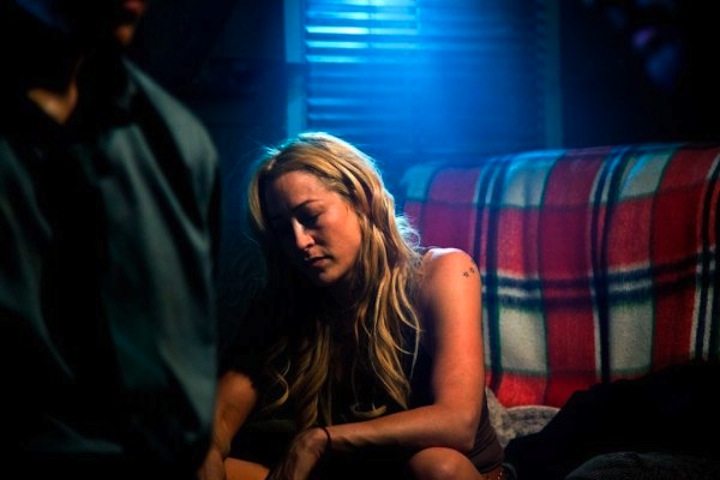 The Victim is presented in 1080p, 1.78:1. Shot on the cheap (digital, probably), the film has a decent amount of grain, which is consistent all the way through. Taking place in the woods, the grain just brings out all of that nice detail to the forefront. Colors are also rich and vibrant; taking place in the daylight as it gradually moves into nighttime was a great way to highlight the palette. DNR creeps up here and there, but it's really low key. Edge enhancement was also not a big deal, and I did not notice any instances of banding or black crush. Contrast levels also remained stable. 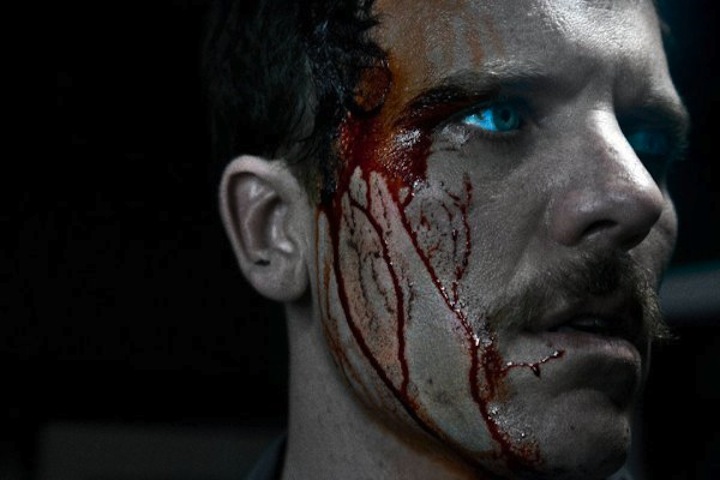 The Victim is presented in Dolby TrueHD 5.1. I love it when they give low budget features the full lossless treatment on Blu-ray. The film could be a piece of garbage, but saddled up with an awesome soundtrack, one can almost forgive the film's shortcomings and get immersed in the happenings of the film itself. Dialogue is clean and crisp, as are the screams of agony and terror. There are many moments that are extremely subtle that turn into anguish at a moment's notice. The lossless tack handled them without any problems at all. The rear channels are also very dynamic and you can hear all of the bugs, branches and what not, crackle as characters brush up against them out in the woods. 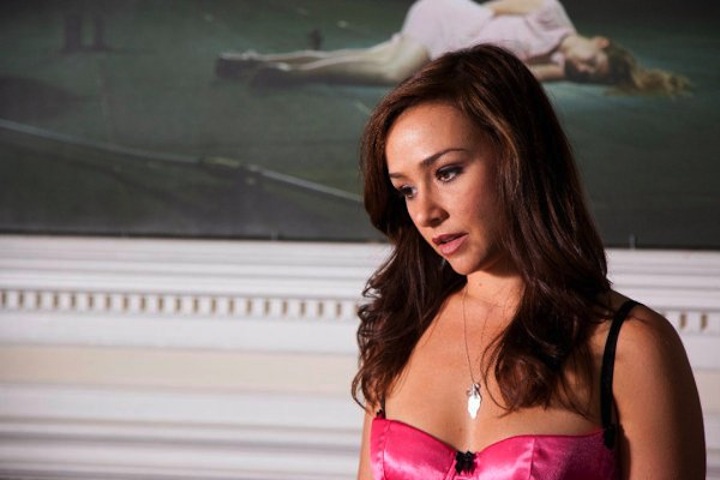 The Victim has two special features to speak of; a commentary by Michael Biehn and his fiancé (or wife - I don't even know at this point), which is fun and informative, and a making-of featurette that talks to just about everyone involved with the film in front and behind the cameras. I appreciated the featurette, because the low-key/below the line players on a production never get their due props, but they got it in spades on this Blu-ray. 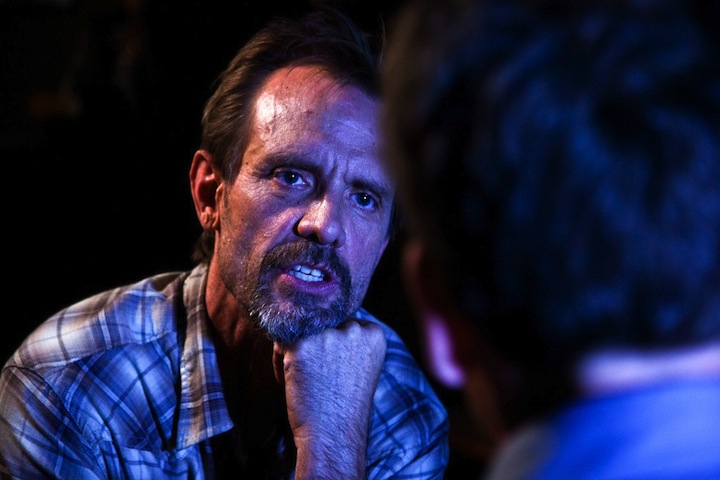 I wouldn't necessarily describe The Victim as actual 'grindhouse' per se. It's got elements, but they're buried underneath the layers upon layers of exploitation and misogyny. Granted, it comes through in the end somewhat, but there's a lot of 'unpleasantness' to get through. I enjoyed Michael Biehn's performance and direction, but everyone else was pretty forgettable. The Blu-ray has decent video and above average sound, with only average special features - not many of them. I do hope that Biehn sticks to directing, because there is certainly some untapped potential there. Here's hoping that the material chosen will be stronger next time out.