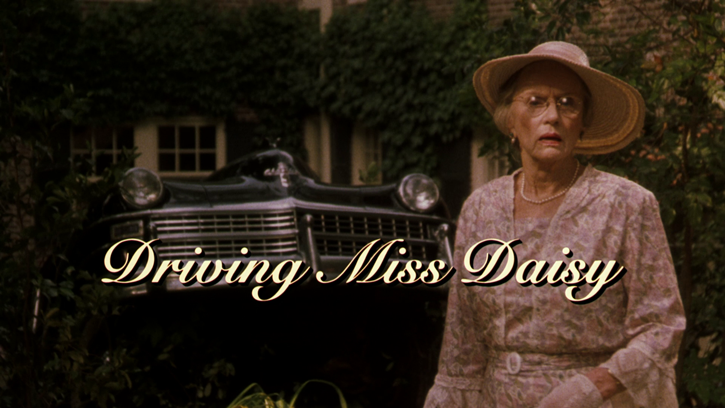 Driving Miss Daisy is a sweet-natured and charming film about the nature of friendship and the paths taken by those who have faced discrimination. The main objective of the film is not to analyze race and cultural relations, though. That element serves as a prominently featured backdrop. The heart of the story is about aging individuals who form a close friendship. It flourishes as a blossoming flower would over the passage of time.

The success of Driving Miss Daisy was not only linked to the successful motion-picture, herein discussed. This story and film was based upon an award winning play (which even managed to bring home the Pulitzer Prize for Drama in 1988). It was written by author Alfred Uhry (who also happened to be the writer behind the screenplay adaptation of Driving Miss Daisy). This feature film adaptation became an overwhelming success in 1989 when it won an Academy Award for Best Picture, Best Actress (Jessica Tandy), Best Makeup, and Best Writing. The production was one which astonished audiences in 1989.

The story begins with Daisy (Tandy) trying to drive her vehicle into the street before crashing it almost immediately. She begins wandering near her home aloof. Daisy's only son, Boolie (Dan Aykroyd) quickly visits her and determines that she was no longer fit to dive herself. That's not all, either: Boolie decides that it would be in her best interest to have someone else help to take care of her. He privately begins to seek someone to drive her and help take care of her too. 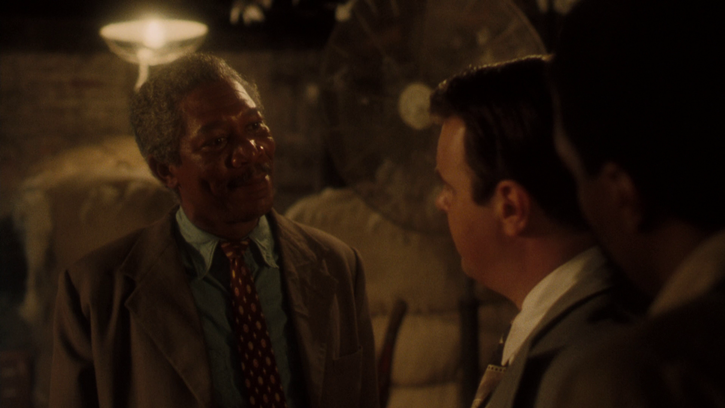 Boolie finds the humble, soft-spoken, and kind Hoke (Morgan Freeman). Hoke is in need of a job and the opportunity seems to be a good one for him. It isn't long before he's working for Boolie (and subsequently Miss Daisy) as her driver and caretaker. Daisy is initially opposed; feeling as though it is something she doesn't need and a "highway robbery" to pay for help.

The film explores the friendship by looking at different key moments. One thing that sets the story apart is how it looks at two key moments in history to mark the progression of time for these friends' journeys: when Martin Luther King Jr. delivers a famous speech and when the bombing of the temple in Atlanta occurred. Both moments are significant and the way these scenes unfold helps to mark the way these characters have dealt with discrimination.

Daisy is extremely wealthy but she doesn't want to admit it because of the hard times faced. Daisy's someone who came from a world of discrimination because of her Jewish faith. Likewise, Hoke is someone who has faced discrimination as an African American. It's something which has affected both of them. In a way, it brings the pair even closer to understanding one another and to having an important friendship.

Over the course of many years the story slowly unfolds to show us the special moments that connected these two characters. What began as a job for Hoke and an unwanted one (from Daisy's self-reliant perspective) became something that ultimately meant much more. It's something that shifted from a job to something life affirming. They become close friends; inseparable and as well-connected to each other as a close family. 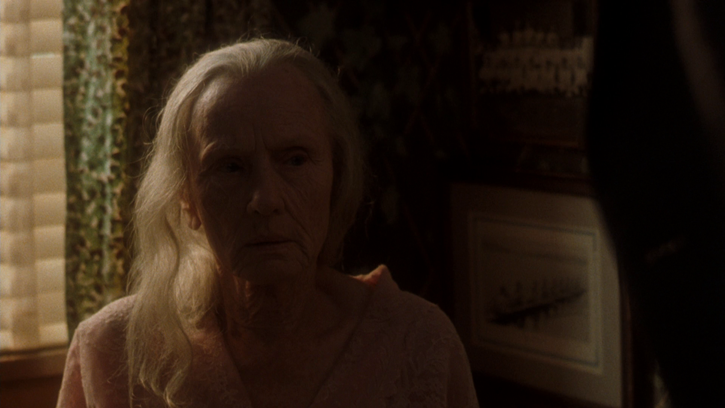 The performances in this film are outstanding. Freeman delivers the best performance the film offers (and this is a film with three excellent performances). There is something to his quiet charm and mannerisms. Freeman is someone who has a powerful charisma and this perfect performance is a striking example. Tandy is no slouch, either. She delivers one of her most memorable roles as Miss Daisy, playing a character who seems to initially be unlikeable in several ways but who you come to know better and care for over the course of the film. It absolutely takes a special talent to make that sort of performance powerful and believable.

The direction by Bruce Beresford isn't glossy or ambitious in scope the way most epic or elaborate Hollywood productions are. Instead, the film seems to be much more simplistic, graceful, and down to earth. This might be jarring at first for many viewers. However, the finishing touches on this film in the production sense are actually quite strong and relevant. Beresford made scenes with a smaller-scope but these scenes work as intimate portraits of moments in these characters lives and their relationships.

The direction is complimented by the moving score composed by Hans Zimmer (which actually surprises me, as this is one of his few scores that isn't action oriented) and the script by Alfred Uhry is well-written for something that mainly feels like a slice of life journey. I was surprised that it won for best screenplay (for material adapted from another medium) but I still found the script satisfying as Uhry wrote believable and relatable characters. That's what matters most in movies that are primarily character-based (like this one is). I would even recommend this film based upon the stellar performances alone.

Driving Miss Daisy wouldn't be a heartfelt favorite for many moviegoers if it hadn't felt as relatable to audiences as it managed. Something about the quiet grace of the storytelling and direction clicks well as a whole. The entire film uses the "less is more" approach and it really worked well for this story. While this film isn't actually a show-stopping Best Picture winner, the film still works as a heartfelt and moving drama. 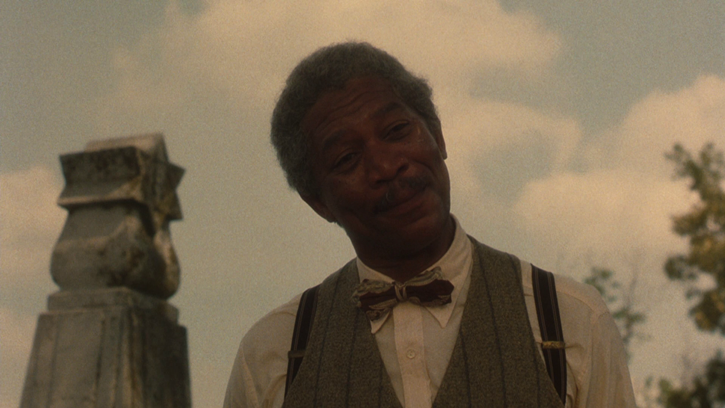 The 1.85:1 1080p High Definition transfer is certainly a decent presentation, but it also wasn't something that ever seemed to amaze me. I was a bit disappointed by how dull colors were in this film's high definition debut. The colors were dull in part because of the cinematography style but it also feels like the transfer is a bit dated. I wonder if the film could have received better restoration efforts. The detail is still solid, though. The film hasn't been tampered by messy DNR. Unfortunately, the film still seems a bit soft compared to other transfers, but moments of softness in Driving Miss Daisy seem to be related to the source.

The 2.0 DTS-HD Master Audio doesn't impress much. Dialogue is clean, clear, and easy enough to understand throughout. The film simply lacks a compelling sound design and the music isn't as stunning in clarity as I had hoped to discover on this lossless presentation. It's a solid sound presentation but it's clearly a dated audio mix that hasn't benefited as much from the jump to lossless audio as some might be hoping to find. 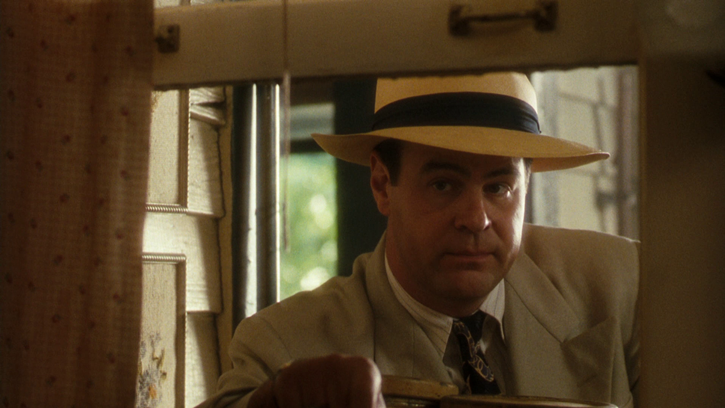 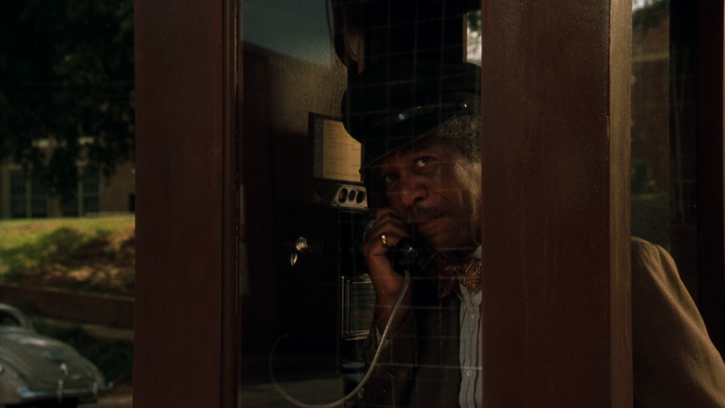 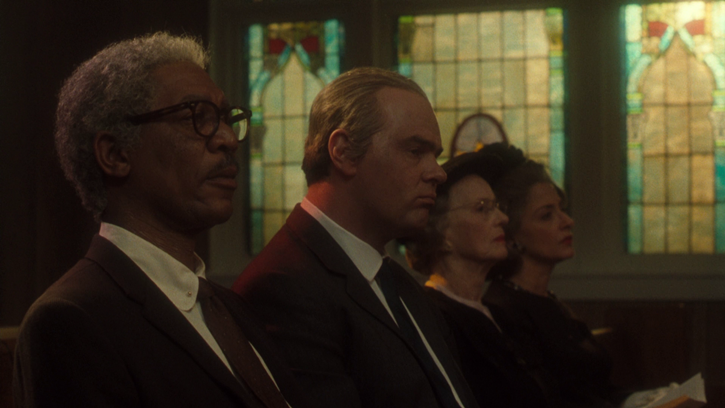 Things Are Changing: The World of Hoke & Miss Daisy is a brand-new feature that runs almost 30 minutes long and is presented in stunning 1080p high definition. This featurette features new interviews with many participants and it is something that takes a look at the history of Driving Miss Daisy from play to screenplay, theater to film, and the journey taken from cast and crew. This featurette also takes time to reflect upon a number of race relations elements to the work.

Three featurettes (previously released on other home media editions of Driving Miss Daisy and presented in standard definition on this Blu-ray release) are also included:

Miss Daisy's Journal: From Stage to Screen (19 min.) discusses transforming the character for the big-screen setting and feature-film requirements.

Jessica Tandy: Theater Legend to Screen Star (6 min.) is a tribute to the legendary work of the actress and her career defining role in Driving Miss Daisy. This piece also features interviews with many past collaborators.

Vintage Making-Of (6 min.) is an old behind-the-scenes look at the making of the film that was filmed in 1989 and which even features footage of the production during filming and some old cast interviews to boot. 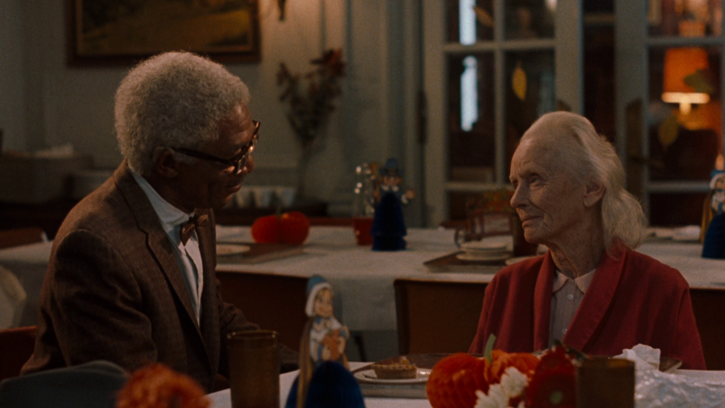 Driving Miss Daisy is a gem of a film about the power of friendship and the lasting importance that friendship brings to a life and to life's journey. I'm not too sure it deserved the best picture win, but I am confident that it's a well-made and relevant character exploration that features a couple of stellar performances from Morgan Freeman, Jessica Tandy, and Dan Aykroyd. The film may not be perfect but it's a beautifully told slice-of-life drama with enough merit to be enjoyed and purchased in this beautifully packaged DigiBook edition (featuring fun details, background information, and more about the cast, crew, and history of the film and play). I wasn't thrilled with the Blu-ray presentation as it features picture and audio quality I consider only slightly above average, but fans of supplemental features will be happy knowing that this release contains both old and new inclusions. This release is worth purchasing if Driving Miss Daisy is a film you want in your Blu-ray collection (and DigiBook packaging helps to sweeten the deal).