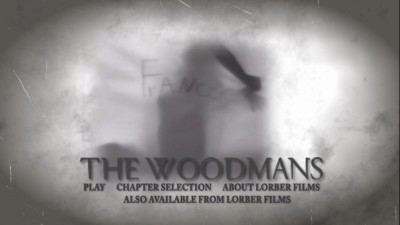 The question of why an artist is chosen to create and how he or she divines ideas from the ether is one that will never be answered to any real satisfaction. That is the mystery of artistic expression; if we knew how to nail it down, everyone would be artists. Likewise, we aren't really sure why one person might be born with skills that allow him or her to cope in the face of any adversity, and why some find life to be a brittle, fragile, depressing endeavor. Sure, there is the chemistry of the body and other medical explanations, but the ephemeral question remains: why can't I be like you? Why am I automatically sad while you maintain and stay happy?

These are questions that, in some way, drive C. Scott Willis' documentary The Woodmans, whether they are asked outright or not. This sensitive, intensely empathetic portrait of an artistic family is all tangled up in the whys and wherefores of expression and the unknowable impulses of depression. The Woodmans are an artistic family cursed equally by talent and tragedy. Father George is a painter, and mother Betty creates pottery and ceramics. Their eldest child, Charlie, is an accomplished multimedia artist working with video projection and music. Their youngest child, Francesca, was an influential photographer and is by far the most famous of the Woodman clan. She also killed herself in 1981, an event that will never be separated from the rest of the family's story, regardless of what they do.

Despite the heavy draw of the more sensational aspects of the tale--even Francesca's work is the most magnetic of anything we see in The Woodmans--Willis endeavors to create a level playing field. His movie is as much about how a family like this functions, and the fascinating reality that, though all were drawn to different disciplines, all four Woodmans had a desire to create. What effect did the artistic environment have on Charlie and Francesca? What about the fact that their family spent every summer in Italy? Is it important that Charlie's diabetes caused his early life to be regimented, while Francesca enjoyed added freedoms? These are all avenues that Willis goes down, and he uses whatever he finds there to build as comprehensive a portrait as he can before pursuing the largest elephant down the most troubling side road. 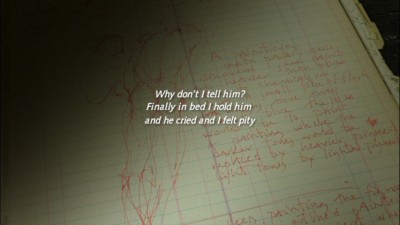 There could be a whole sidebar here about what it means to create a portrait of a person that is not around to speak for herself. It even comes up as part of the documentary's narrative. George and Betty can give their impressions of their daughter, while her friends can tell us about the Francesca they knew--a woman who is often at odds with the perception her parents had of her--but who she really was is as open to interpretation as her art. Willis gives us her perspective where he can, quoting generously from her journals and showing her own videos of her process, but even these things are curated by the director. They aren't the same as if, say, we sat and read Francesca Woodman's journals front to back. Then again, wouldn't that too be an experience beholden to our subjective interpretation?

This is something that Willis grapples with in The Woodmans. George and Betty both wish that their daughter's extraordinary photographs could exist without the tragedy of her life being a part of the dialogue. Betty even goes so far as to try to reject the notion that the photos, many of which are self-portraits and expressive compositions that feature the photographer in the nude, are in any way autobiographical. This is a statement that she barely even seems to stand by when she makes it, though we also get the sense that she pushes back just as hard at applying any analysis to her own process. All Willis can do is show us the photographs themselves, which he does in copious amounts. I was not familiar with Francesca Woodman prior to firing up this film, but I now feel I have a pretty good grasp of her central motifs and her technique.

In trying to show us the artists behind the art, however, Willis transcends even these accomplishments and gets at something that is more meaningful and far deeper than a lot of documentaries are willing to go after. The final third of The Woodmans is an intense exploration of the effect that Francesca's suicide had on her family. Her first suicide attempt was in 1980, and she succeeded in 1981. In many ways, she has created a void that her family has never been able to close. Charlie has largely stepped away from it, determined to make his own mark, but the very act of rejecting his sister's biography and her impact on the art world (at the time of her death, photography was still struggling to be accepted as a fine art) must have its own defining quality. Both father and mother saw their own means of expression change via their grief. George, who was closest to Francesca, has basically picked up where she left off, moving from abstract painting to photographing subjects that carry on the tradition of what his daughter was doing (although he is seemingly reluctant to accept this). For her part, Betty stopped making practical pottery and instead has started making abstract installations. In a sense, she has taken over what George had been doing previously.

The most heartbreaking statement in The Woodmans is not any of the many anguished quotes that come out of Francesca's diaries, but the extended silence that follows Betty repeating the question, "How did I deal with the guilt?" Her answer eventually is that she did not, that she only dealt with the pain. One gets the sense from watching Willis' documentary that, above all else, this is the lasting legacy of how Francesca ultimately chose to express herself. Her family will never really understand why and will probably never get past the worry that there was something more they could have done. This ongoing reverberation of mourning is something that Willis appears acutely sensitive to, and it colors how delicately he handles the whole film. The Woodmans is a deeply moving piece of cinema, one that fearlessly tries to understand the conflicting impulses of creation and eradication, something that many artists wrestle with, and that I think has more far-reaching applications in other walks of life, moreso than most would care to admit. 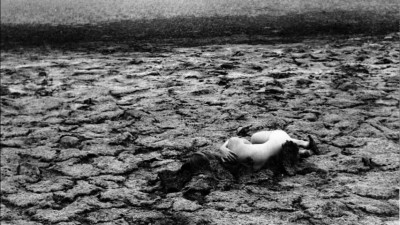 Video:
The Lorber DVD of The Woodmans shows the movie in a full 1.85:1, 16x9 aspect ratio. The resolution here is solid, with the quality of the transfer being more evident in how Willis shows the art than it is in his interview footage. Like many modern documentaries, the new material was shot either on video or digital, and the digital representation here shows telltale signs of both. The lovingness with which Francesca Woodman's photographs are rendered, the clarity with which we see them, is the true test of this disc, and in this task the studio does not fail.

Sound:
The audio soundtrack is given a simple stereo mix. The Woodmans is mostly talking heads, and so it makes sense for what we hear to be mostly centered and presented without frills.

FINAL THOUGHTS:
The artistic drive is difficult to express, because it's difficult to understand, as much for most artists as it is for those who are standing outside the process. In much the same way, many who suffer from debilitating depression have a very hard time explaining why they feel the way they do. If they could stop it, they would. The Woodmans is a documentary that tackles both of these difficult topics, using the troubled photographer Francesca Woodman as its focal point. In examining her life and work, director C. Scott Willis not only goes as deep into her interior world as he can, but also looks at her function as a component of a family, one that is made up entirely of artists, and how her decision has left a lasting impact on how they live their lives and the work they do. It's compelling stuff, and deeply moving. Highly Recommended. 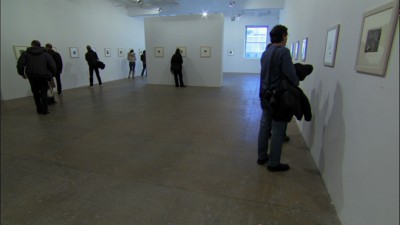