Odd Life of Timothy Green, The 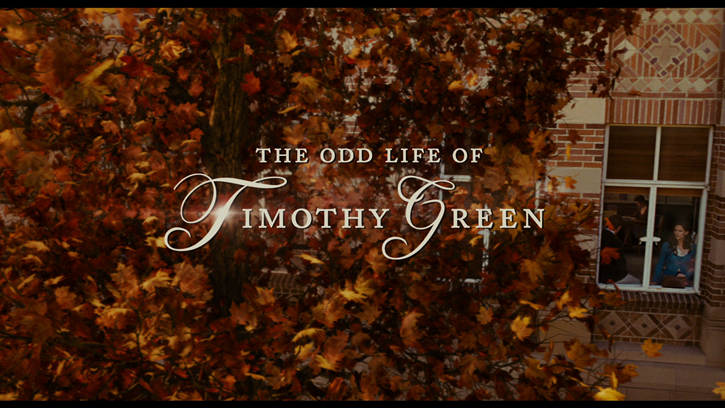 The Odd Life of Timothy Green is quite the strange (or rather... odd) production to find coming from Disney Studios right now. It's not something you would typically expect to find from the mouse-house studio, mainly because it's an indie-spirit film from the great filmmaker Peter Hedges (Dan in Real Life, Pieces of April). He doesn't tell stories aimed squarely at kids, and with this film he has instead made a sentimental and heartfelt exploration of a young couple's dream to have a child of their own.  This is a film that families can enjoy together but it's also something that might be more appealing to the parents or adults in the audience.

The film opens as Cindy (Jennifer Garner) and Jim (Joel Edgerton) begin telling the story of how they came upon "meeting" their son Timothy (CJ Adams).  They are explaining out the situation to a man and woman in a business-style meeting. We don't have any idea what's going on. What caused this apparent meeting? Cindy and Jim begin at the start of it all by explaining how they wanted to have a child of their own and how everything pointed towards them not being able to have a child together. No doctor said it was possible for them to do so. Cindy and Jim Green tried.  It just wasn't happening.

So imagine their surprise when a young boy with leaves on his legs and who was already going by the name of Timothy (a name that they considered a good 'son' name for them to use -- should they ever have the opportunity) turns up in front of them. Timothy arrived in the Green household covered in dirt, called them Mom and Dad, and entered their lives as the child they always wanted to have. Thus, a family was made and a special connection was formed.

The course of the film explores Cindy and Jim learning how to become good parents to Timothy. We explore their jobs (Cindy works for an art exhibitor and Jim works for a pencil company) while also seeing Timothy involved in some school-related activities (such as sports). The story focuses upon the family relationship: how it grows and develops like a flower would. While the plot develops, we also see Timothy befriend a girl named Joni (Odeya Rush), who seems to be his girlfriend. She also has a special and unexplained birth mark. They share a special connection.

Unfortunately, we don't ever get a chance to fully understand the dynamics of how the family works as well as we probably should have experienced, and things unfold in a way that is more scatter-shot. One might chalk this up to how the story is told, and the fact that it would be difficult for any short family movie to cover that much ground. I might chalk it up to the breezy, lighthearted fable nature of the storytelling approach. It's less developed than I anticipated it to be either way. 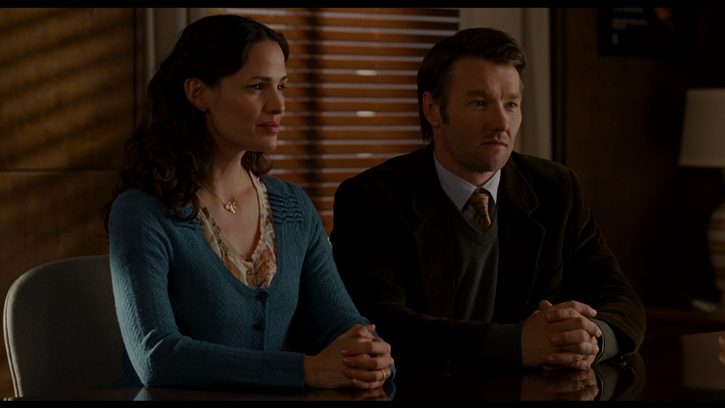 The film covers the work-related problems of the couple (Cindy in unhappy with her job - her boss especially - and things aren't going well with Jim's job as the pencil-business is suffering and employees are being laid off now). The film takes a different approach to the material and doesn't usually go where you might expect it to go. That's one element. The film isn't perfect either. As a story, it has too many subplots that don't seem to add up to much in the grand scheme of the narrative and this doesn't necessarily help it to excel as something remarkable in filmmaking. And yet, what the film gets right ... it gets right quite well. This is a well-told and entertaining family film. I consider that the bottom line of The Odd Life of Timothy Green.

The performances (especially from Jennifer Garner) are impressive. You really come to enjoy the time spent with these characters. Garner's character is someone who you can really connect to and understand her love for Timothy. She makes it believable and heartfelt in surprising ways. One scene in particular, in which she joins in as "musical accompaniment" to her son during a recital show gone astray is priceless and classic improvisation on Garner's part (as explained in the behind-the-scenes material, Hedges just allowed the actors to go with the flow in this moment and to see where they might take it). The story is also one which explores themes relevant to families today, and while some of these aspects are going to be better understood by the parents in the audience, it's still worth including these kinds of moments within the story for everyone to recognize. I just wish the film had been somewhat longer -- more elaborate, and with extra room to breathe, expand, and delve further into the unexpectedly "odd" Green family. It certainly would have benefited  from a slightly more in-depth exploration of these charming characters and their relationships.

This is the third time Hedges has worked on a film with amazing music accompanying the story: About a Boy featured the music of Badly Drawn Boy and Sondre Lerche worked on Dan in Real Life. This is another winning collaboration, with an impressive first-time score for a Hedges film coming from composer Geoff Zanelli and Hansard (Once) is as good as ever with his brand new song contribution, The Gift.

Hedges has a knack for turning small moments into elements of a much larger scale. He makes heartfelt, indie-style filmmaking that can really work wonders, with stories that take you places unexpected. In some ways, I consider him a favorite filmmaker. I have immensely enjoyed his writing/directing efforts to date. He even penned the script for About a Boy (another favorite of mine). The Odd Life of Timothy Green is another strong effort as a filmmaker. It's imperfect in some ways. I wanted a longer version of the story with more exploration of these characters, but this is still high quality entertainment that is worthwhile for families. Both children and adults will likely find something to enjoy and to take away from this family drama: a special and unique film that blends in a small dash of fantasy fun while remembering to focus on the drama and heart of the story first. 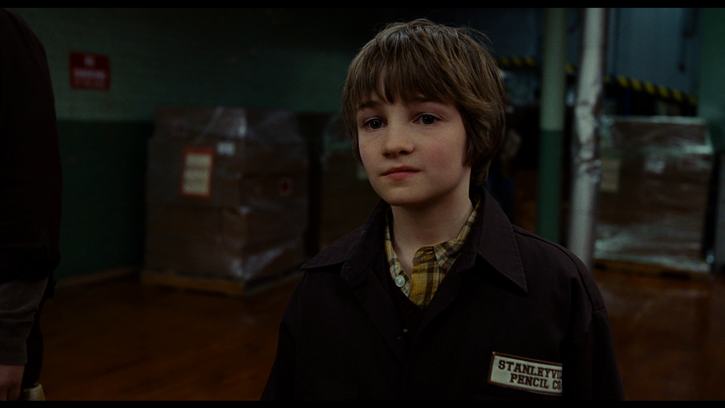 Please note: this is a combo-pack release containing both a Blu-ray and DVD copy.

The Odd Life of Timothy Green looks amazing in 1080p High Definition. The transfer retains the original theatrical aspect ratio of 1.85:1 and it looks every bit as beautiful as one would expect for a modern Disney film production. The cinematography by John Toll shines wonderfully on this release. Everything about this transfer amazes: the colors are bold and beautiful, the blacks are strong, and the image feels film-like while avoiding an overly-processed appearance. This is a great transfer and one that shines on the format radiantly.

The 5.1 DTS-HD Master Audio presentation is the perfect accompaniment for the film's great visual wonderment. The score by Geoff Zanelli and the superbly-made song by Glen Hansard (from Once fame) sound wonderful with this pristine, lossless audio presentation.

The film is relatively quiet otherwise. It focuses more on the drama side of the storytelling and it doesn't require as much use of the surrounds for more than the occasional sound effect mixed in with the beautiful music. It still works wonders with the atmosphere of the film. It excels as a worthy HD audio presentation and it is clean, crisp, and well fitted to the material. 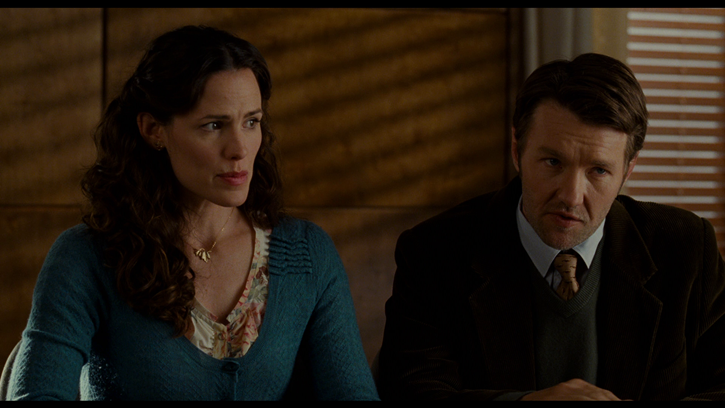 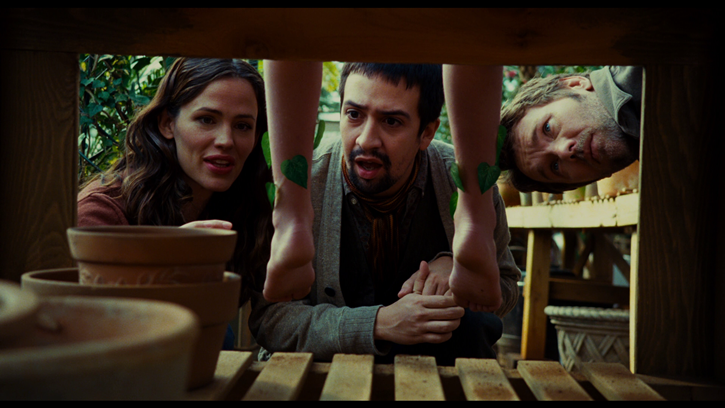 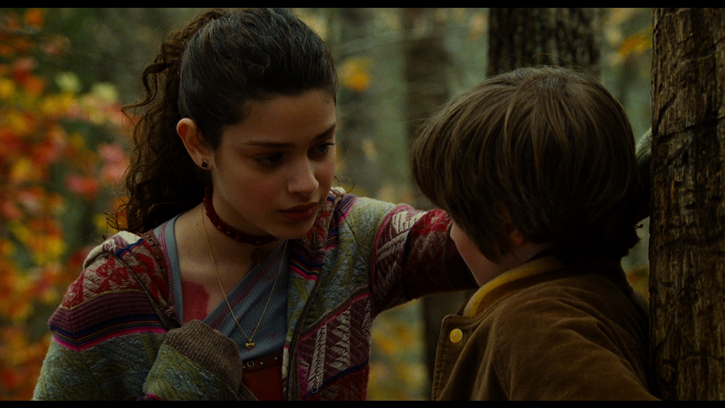 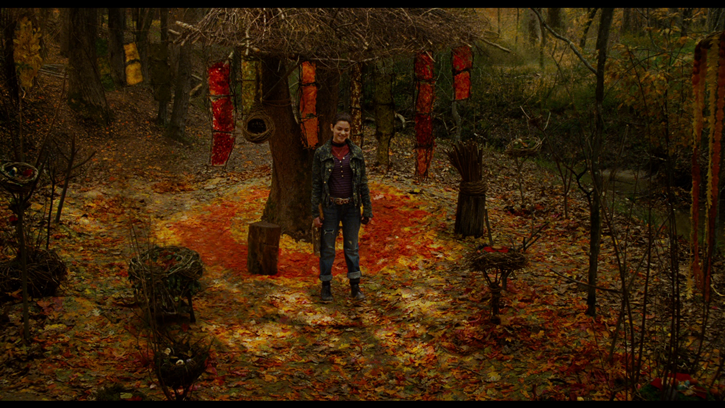 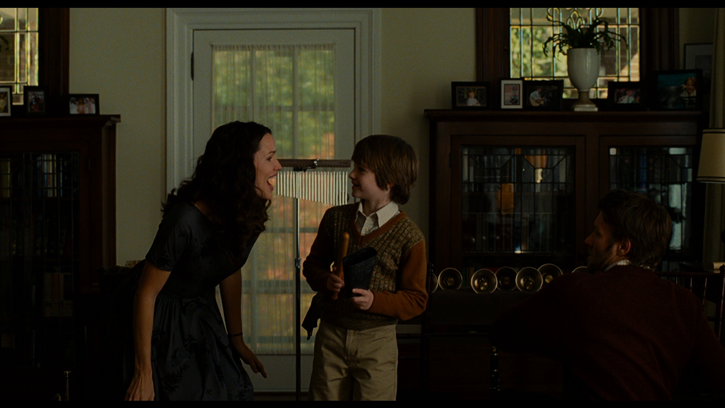 There are a few notable supplements on this release. The main attraction of the supplements is a feature-length commentary from writer/director Peter Hedges, who is a charming an altogether easy to listen to filmmaker. He explores the making of the film and goes a bit more in-depth regarding some of the meaning behind the film and his involvement in the production.

This is Family is a brief featurette about the family-friendly atmosphere surrounding the making of the film and the style of Hedges as a director. This piece also covered a small amount of the ground that is typically covered in terms of the making-of featurettes (with interviews and the select behind-the-scenes footage).

The Gift of Music is a brief piece about the music that was used in The Odd Life of Timothy Green. It explores the music of composer Geoff Zanelli and the song contributed by Glen Hansard. It's mostly an interview with Hedges about the collaboration but there are a few moments with Zanelli and Hansard working on their music and being interviewed.

Lastly, the release contains a music video for Glen Hansard's song "This Gift". 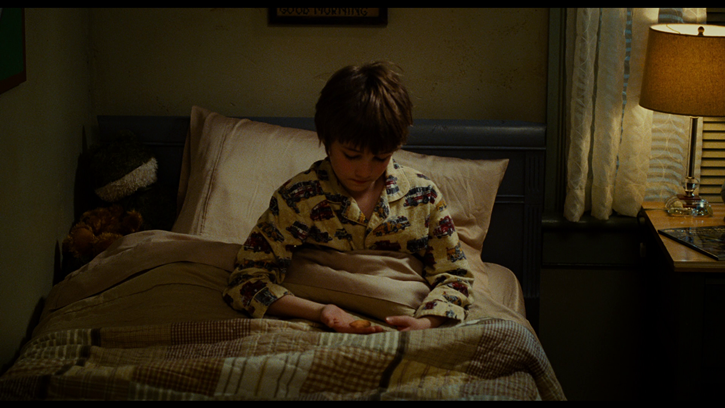 The Odd Life of Timothy Green is a delightful (if imperfect) film, produced by Disney Studios, and made by the great independent filmmaker Peter Hedges (Dan in Real Life). The story is a simple one but it is beautiful, meaningful, and affecting in the best of ways. Fans of Peter Hedges will love to discover a new film from this remarkable and underrated artist and this fits that bill wonderfully. This is a film that will appeal to both children and parents. It may actually slant a bit more in the favor of adults, though. The Blu-ray features stunning PQ/AQ and a decent (if small) selection of supplements. This is a release well worth owning.