The Movie
I had been dying to see Butter since I first got a look at the cast list. Bringing together Modern Family's Ty Burrell, Kristen Schaal, Rob Corddry, Jennifer Garner, Hugh Jackman and Olivia Wilde for a movie set my expectations quite high. That the story would be about the behind-the-scenes machinations of a butter-carving contest in a tiny Iowa town made it a must-see. As an unabashed east-coast liberal, I can't get enough of movies that poke fun at small-town attitudes and inflate local conflict to epic proportions, like Alexander Payne's excellent Election. That the movie is about a competition is just the cherry on top, as the drama in such events is inherently delicious, just like the title ingredient.

But somewhere between first-time feature writer Jason Micallef's hands and She's Out of My League director Jim Field Smith's vision, Butter just didn't come together into the pitch-black satire of minor competitive events and the dangers of ambition it should have. The story of 15-time butter-carving champion Phil Dunphy Bob Pickler (Burrell) and his striving, conservative wife Laura (Garner) and the challenge they face in Destiny (Yara Shahidi), a 10-year-old orphaned butter-carving prodigy, has its moments, but those moments are limited mainly to the supporting cast and the interesting sculptures the film spotlights.

After years of dominance on the local butter-carving circuit, Phil Bob is asked to step aside to give others a chance at winning. This doesn't sit well with Laura, who sees Phil's Bob's celebrity status as a pathway to greater power than just scaring the locals with her intensity, and thus she takes up the mantle as the family's lead butter-carver (I don't remember it being mentioned, but it's unclear how they have any money, as there are no jobs or prizes mentioned in the Pickler home.) Meanwhile, young Destiny has found a foster home with Jill (Alicia Silverstone) and Ethan (Corddry) two liberal white folk who want to make her feel comfortable, and who support her interest and apparent skill in art. As Destiny, Shahidi is a bit too adult (admittedly likely for a hardened orphan from the foster system) which takes a bit away from her impact as a real character, especially when she's talking about "crackers" and such. There are racial and social angles to the Laura/Destiny dynamic, but it's mostly about Laura's overwhelming desire to not lose. 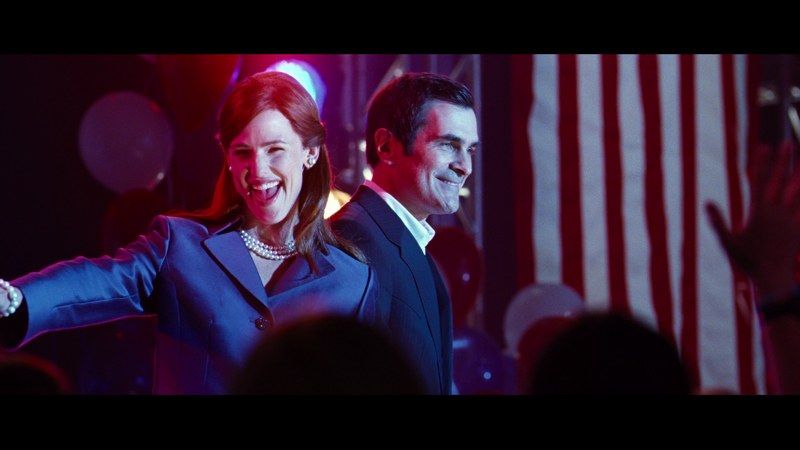 Along the way to the inevitable face-off with Destiny (literally and figuratively), there are plenty of side roads traveled, including a quest of vengeance on the part of a stripper (Wilde) wronged by Phil Bob, the presence of a butter-carving super-fan (the always hilarious Schaal) and the introduction of a face from Laura's past (Jackman). Though Wilde's over-the-top attempts to destroy the Picklers are entertaining, and Schaal is fantastic (as usual) Jackman's role as a God-fearing sex-machine helping out a former conquest is a contender for the title of the biggest waste of talent ever in a film. Yes, his outrageous behavior, including an incredibly inappropriate request for assistance from the Big Guy Upstairs, should fit right in with the rest of the movie's ridiculous content, but it just goes too far to work with the tone of the film. That's symptomatic of the film's overall problem, as this is a dark comedy that hints at the darkness rather than relishing it.

The other big issue is the length, as things start to drag, despite the film running just 91 minutes. There's a lot of repetition in the second half, and what was working just peters out, especially when it comes to Wilde's character. And what was intermittently dark, becomes almost sickeningly sweet by the time the credits roll, which is just disappointing for anyone hoping for the film to redeem its wasted promise. 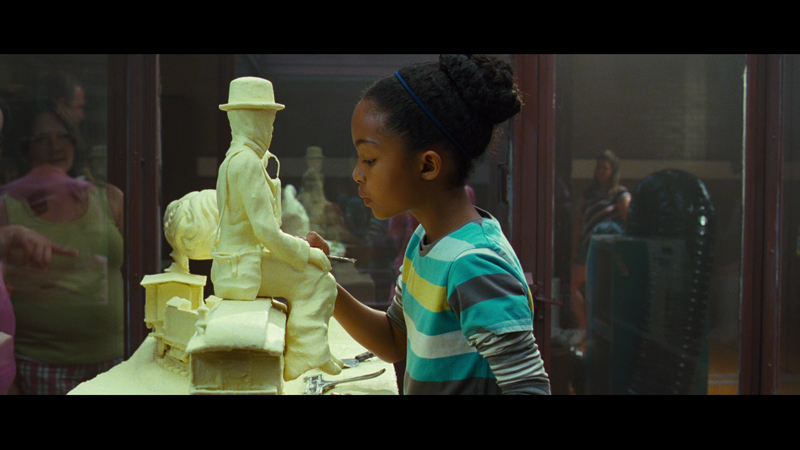 The Discs
The film arrives in a two-disc set, with a Blu-Ray disc and a DVD, packed in a standard-width, dual-hubbed Blu-Ray keepcase. The blu-ray features the usual Universal menu, with options to watch the film, select scenes, adjust the set-up and check out the extras. There are no audio options, while subtitles are available in English SDH and Spanish.

The Quality
The 2.35:1 1080p, AVC-encoded transfer looks great, with appropriate color and fleshtones, solid black levels and a high level of fine detail that's most evident during the film's butter-carving scenes, where all the intricate models get plenty of loving screentime. There are no obvious issues with digital distractions either, making for a pleasing image.

Butter isn't the most bombastic film in terms of the audio, but even so the 5.1 DTS HD-Master Audio track is solid, delivering the dialogue cleanly (and mainly from the center channel), while the music gets some nice enhancement from the surrounds, especially when Wilde's character enters a scene with her hard-rock theme following her in. The key here is the power of the music, because there's not a whole lot more going on in the mix.

The Extras
Just a few extras on this one, starting with six deleted/extended scenes, which run a little over nine minutes. Some include some very minor changes, making them somewhat unnecessary, but a scene involving Destiny and some racist graffiti not only features the most original graffiti joke I've seen, but it helps expand Jill and Ethan's story a bit, and explains some of Destiny's interactions with them.

The other extra is a 5:15 gag reel that's more of an alternate-take compilation with some screw-ups thrown in. That's not a bad thing, as when you've got funny folks like Burrell and Corddry riffing, it's going to be a good time. Throw in some silliness from Schaal and it's a good time. 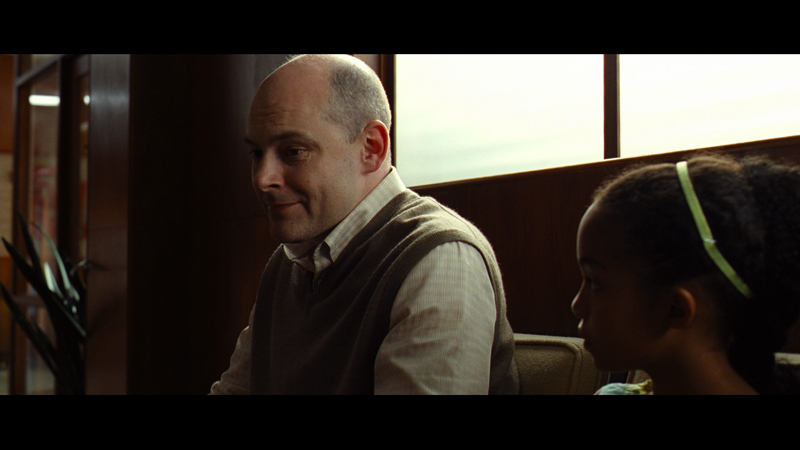 The Bottom Line
With such a fantastic cast and sublimely silly subject matter, Butter should be far more entertaining, but instead it's just an OK little small-town fable with a few highlights that are unfortunately dragged down by some overly-stereotypical characters and some performances that don't hit the way the filmmakers obviously hoped they would. The presentation on the other hand is excellent, and the select few bonus features are worth giving a look. Fans of films like Drop Dead Gorgeous might want to give it a look, but keep your expectations low, especially considering the actors involved.