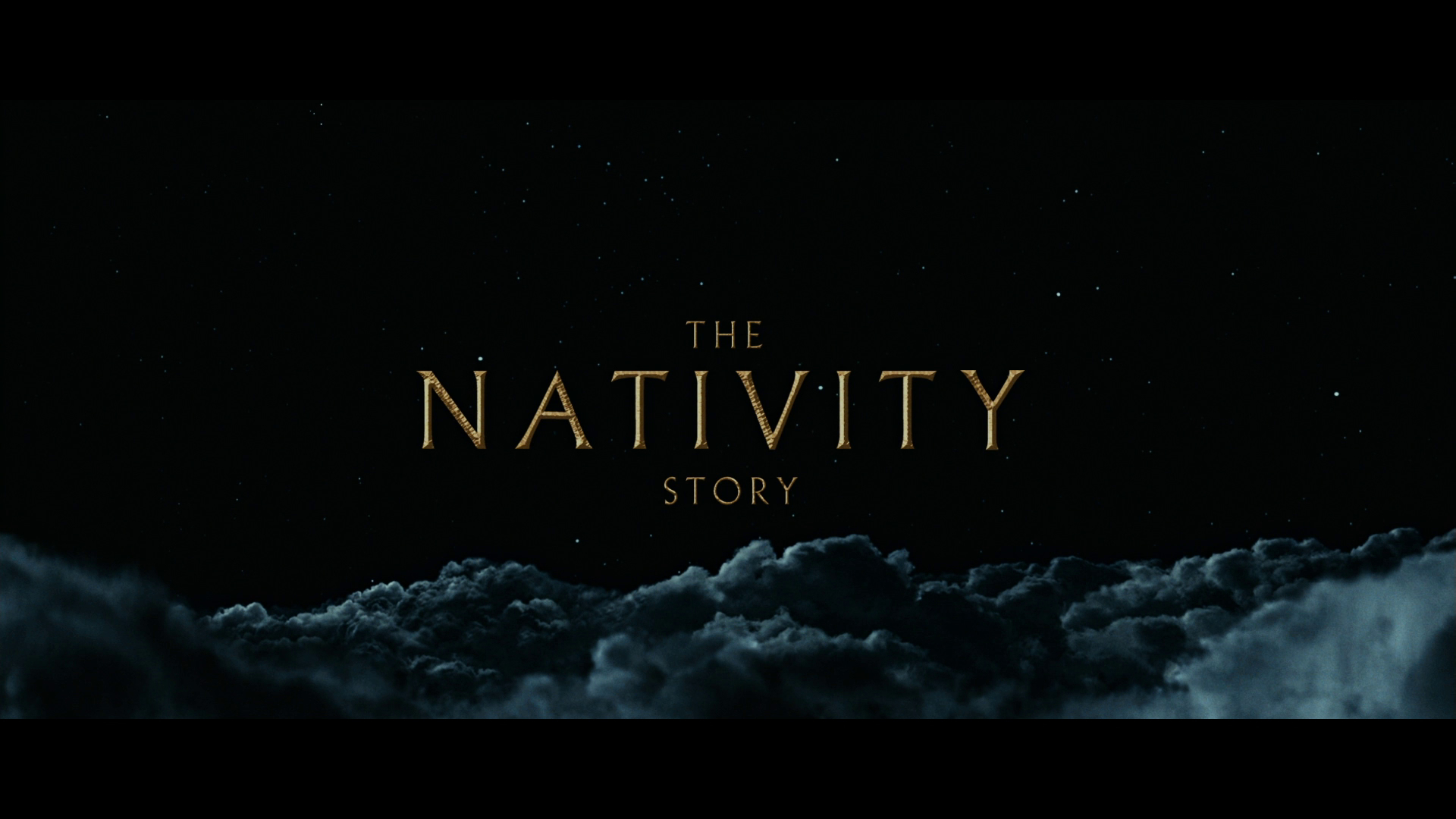 Catherine Hardwicke is a polarizing director, and her projects are all over the map. There's the teens-gone-wild drama Thirteen and gritty skateboarding odyssey Lords of Dogtown. Her biggest job? A little film called Twilight. She wasn't invited back to direct its sequels. Before that she made The Nativity Story, an earnest if somewhat dull retelling of the Bible's nativity of Jesus. Making its Blu-ray debut in time for Eastertide 2013, The Nativity Story benefits from good production design and decent acting, but feels more like a Sunday School lesson than cohesive entertainment.

When Herod the Great (Ciarán Hinds) hears the prophecy that a newborn King of the Jews will replace him, he orders the murders of every male baby in Bethlehem. Unwed teenager Mary (Keisha Castle-Hughes) learns from Angel Gabriel that she is to carry the child of God, and, upon her return to future husband Joseph (Oscar Isaac), must explain her sudden pregnancy and risk getting stoned to death. The Nativity Story follows the Biblical tale closely, and Joseph is soon visited by angel explaining that Mary's son is the child of God. Meanwhile, Herod searches for the prophesized baby so he can wipe out the threat to his power, and uses the three Magi as his unwitting eyes and ears. 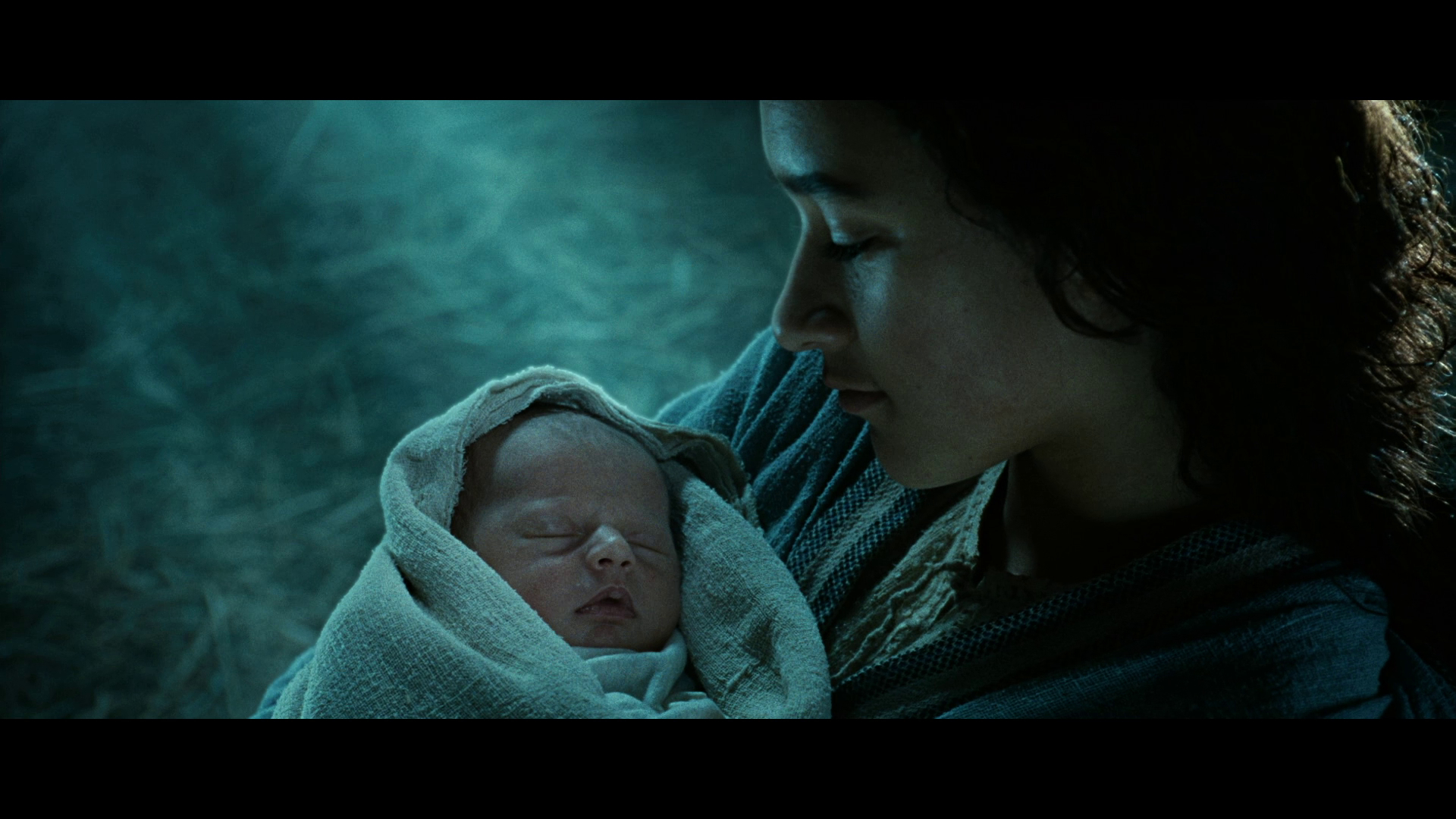 There are countless film interpretations of the Nativity story, and it's always risky to take another swing at retelling such a renowned tale. Do something radical and risk the inevitable backlash - think The Passion of the Christ - or tow the line and make a safe, forgettable film. Hardwicke has done the latter, and, while there's nothing particularly wrong with her version, The Nativity Story does little to distinguish itself from the pack. This is a film I can see playing on church youth retreats and in Sunday School classes; it's an acceptably modest imagining with little to rustle the feathers of conservative viewers. During production, Hardwicke commented that she wanted to tackle Mary and Joseph's struggles as a modern teenager might. I'm not sure she succeeded, as there is very little depth or personality to Mary, and only a handful of scenes with the pair questioning their monumental duty. I did like the quick scene where Joseph contemplates whether or not he'll actually be able to teach his newborn son anything of value. It's a rare moment of introspectiveness in a movie that keeps its audience at arms length.

Hardwicke is an interesting director, and I'll admit I like some of her earlier work. I'm not a fan of the Twilight series in general, but I find her entry to be the best. I know I'm in the minority on that one. She reins in some of her visual ticks here, and The Nativity Story certainly lacks the teenage angst common to her films. The production values are surprisingly good, and Hardwicke shoots with confident, gritty style. The acting is also decent, though I suspect people remember Castle-Hughes less for her performance than her unfortunate out-of-wedlock pregnancy shortly after the film wrapped. The Nativity Story is a satisfactory dramatization of the Biblical text, but nothing more. 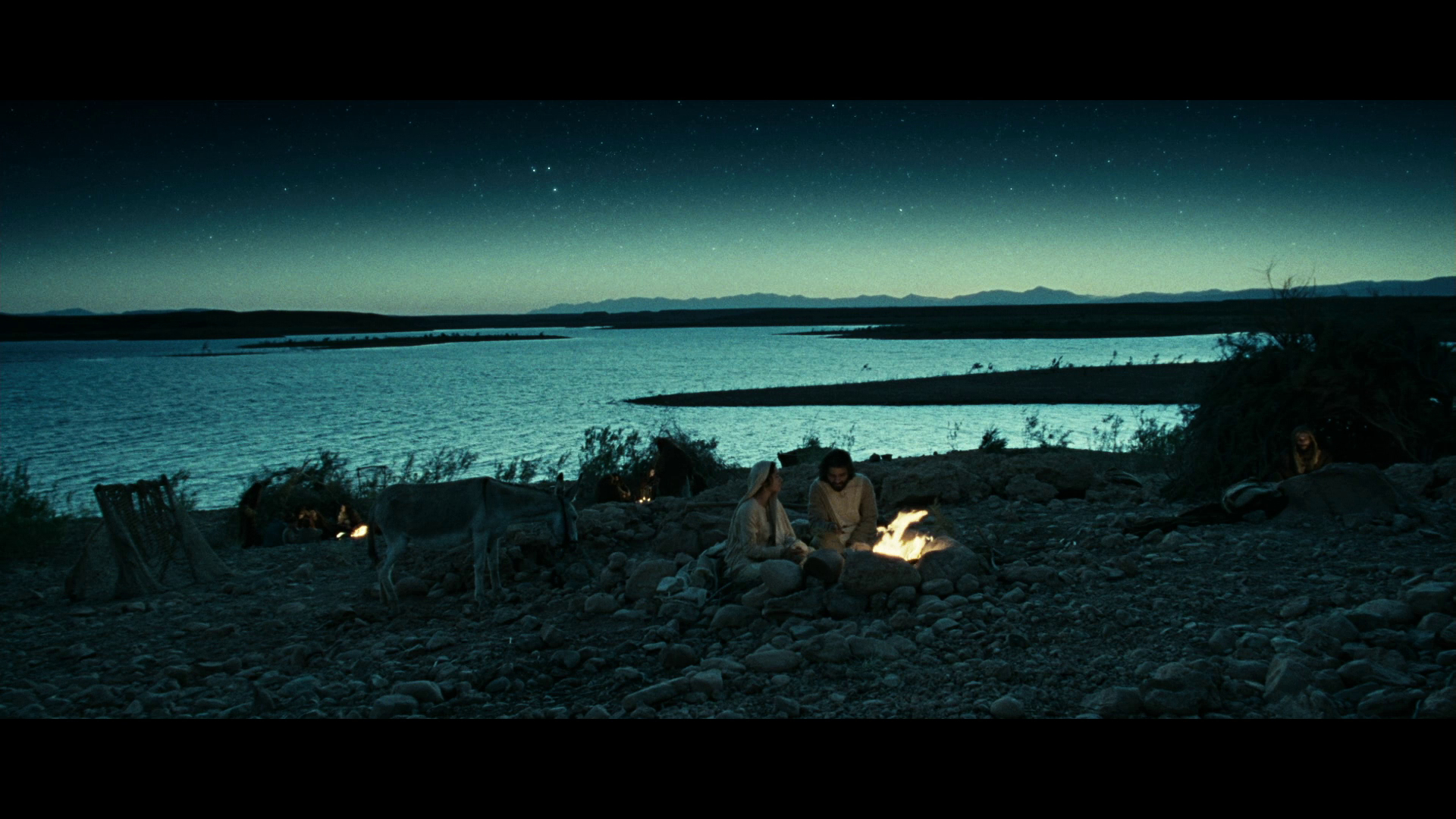 I'm not sure what I was expecting from this seven-year-old film, but the 2.40:1/1080p/AVC-encoded transfer is very good. Hardwicke desaturates the color scheme, giving The Nativity Story a somewhat bleak appearance, likely to mirror the ongoing struggle of the protagonists. However, there are spots of bright, bold color, and saturation is spot-on. Detail is excellent in close-ups and in wide shots, and the image is nicely textured and sharp. A pleasant layer of grain overlays the image, providing a film-like appearance, and black levels are strong. My only complaint? I did notice some pretty strong shimmering on sand dunes and in trees during several scenes.

The 5.1 DTS-HD Master Audio soundtrack is well balanced, with good separation of score, effects and dialogue. The music is rich and well balanced, and the surround speakers provide light effects support when needed. A 2.0 Spanish Dolby Digital track is included, as are English SDH and Spanish subtitles.

This two-disc set includes the Blu-ray and a DVD, and the discs come in a standard Blu-ray case. I do think it looks kind of odd that the DVD has colorful artwork while the Blu-ray has standard black disc art, but I suppose it's not too important. The Nativity Story: A Director's Journey (23:13/SD) is a decent making-of, with cast and crew interviews and behind-the-scenes footage. The only other extras are the theatrical trailer (2:34/HD) and teaser trailer (1:16/HD).

Director Catherine Hardwicke's imagining of the Nativity of Jesus is a perfectly acceptable product, but one wishes she had given the film a bit more edge. The Nativity Story should play well with church groups, but it feels more like a Sunday School lesson than entertainment. Rent It. 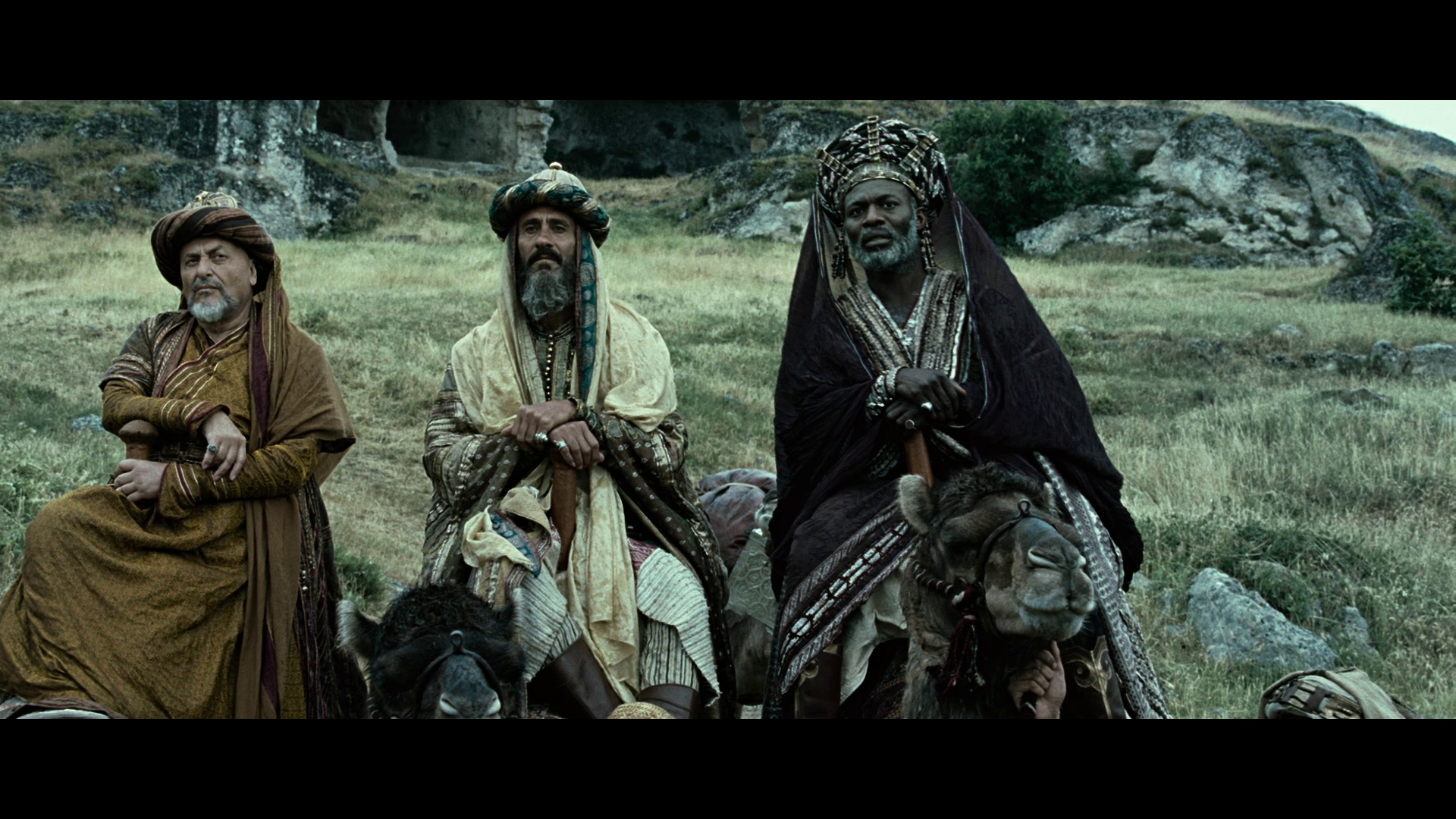 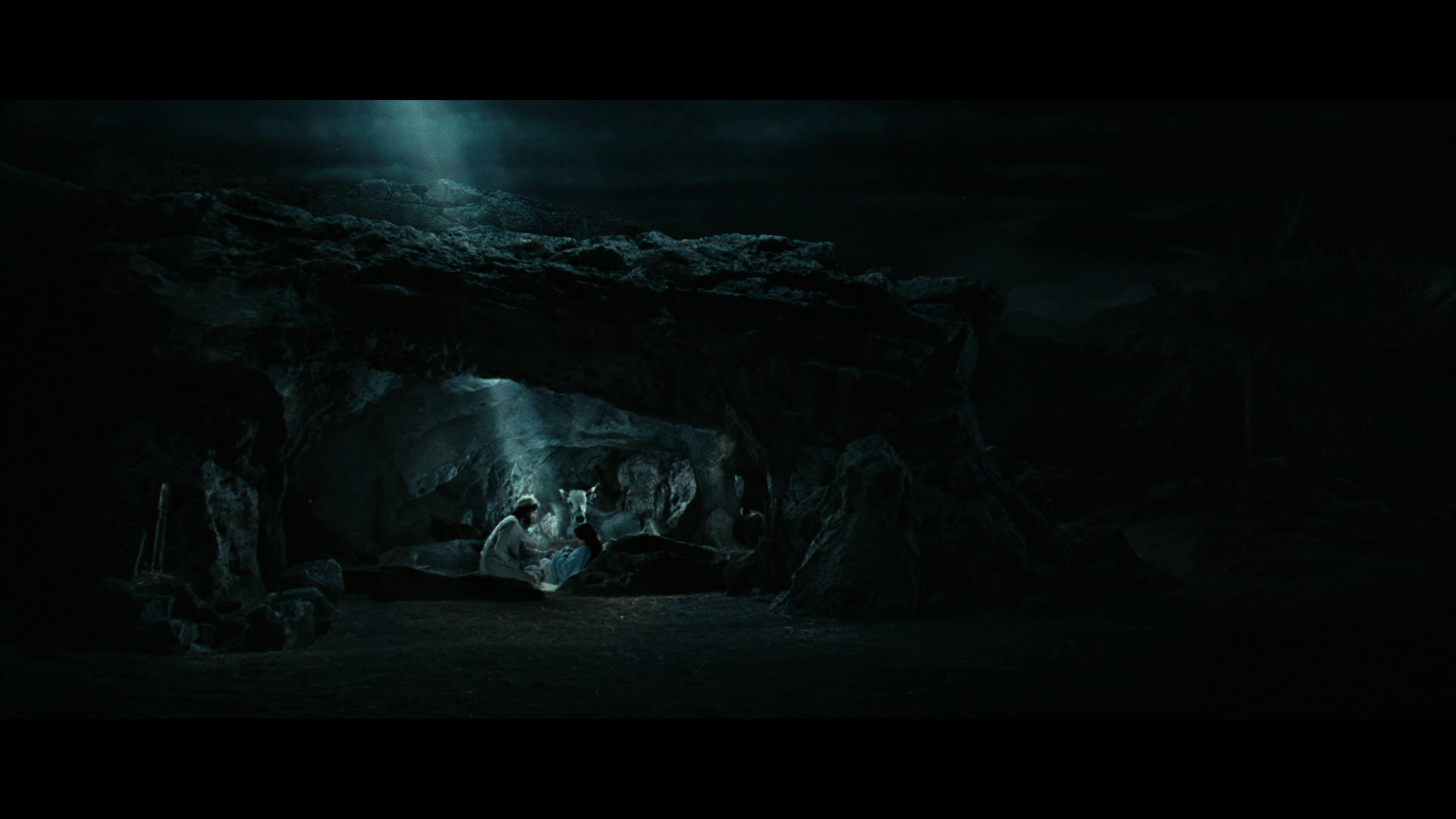 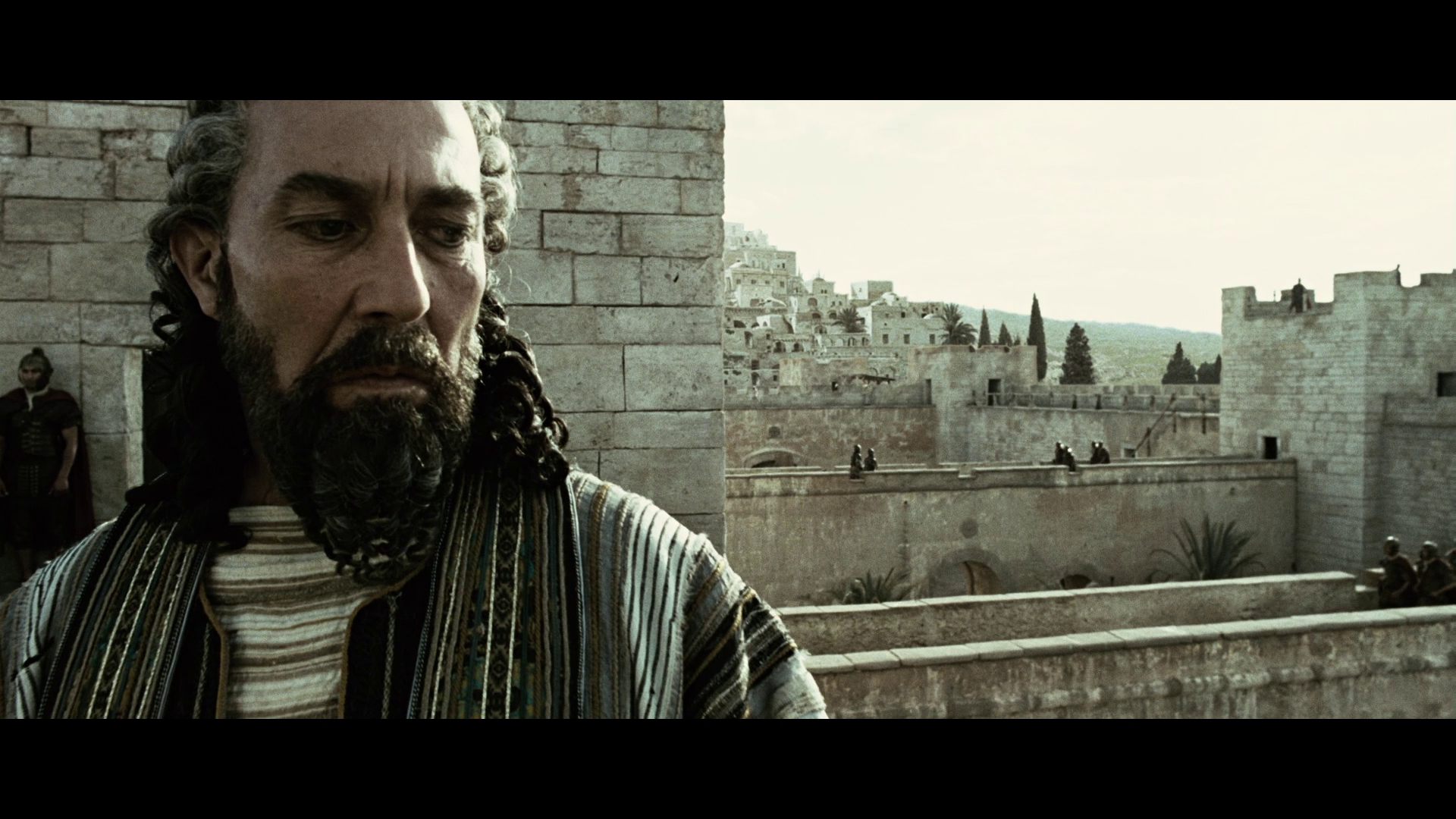 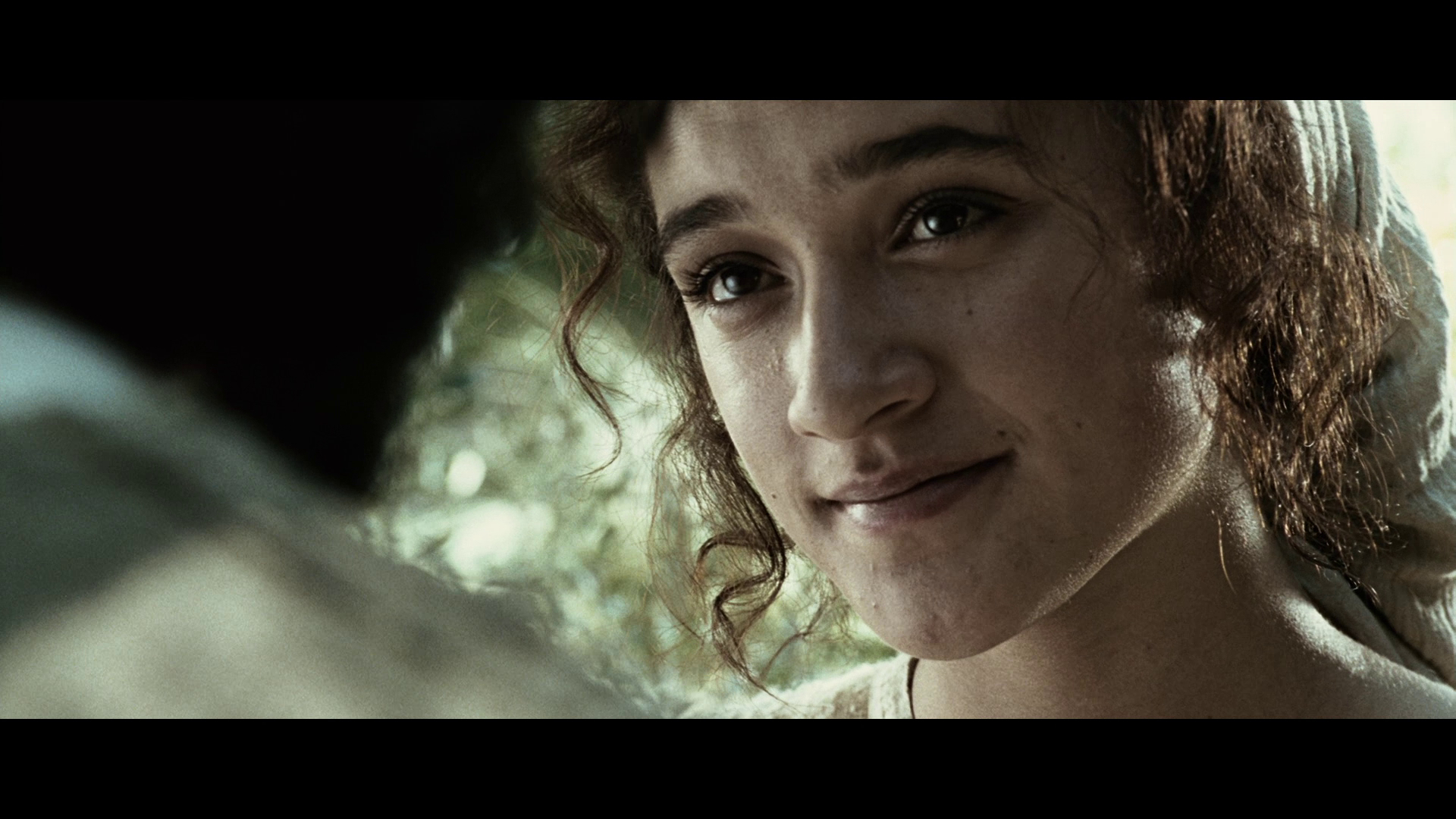 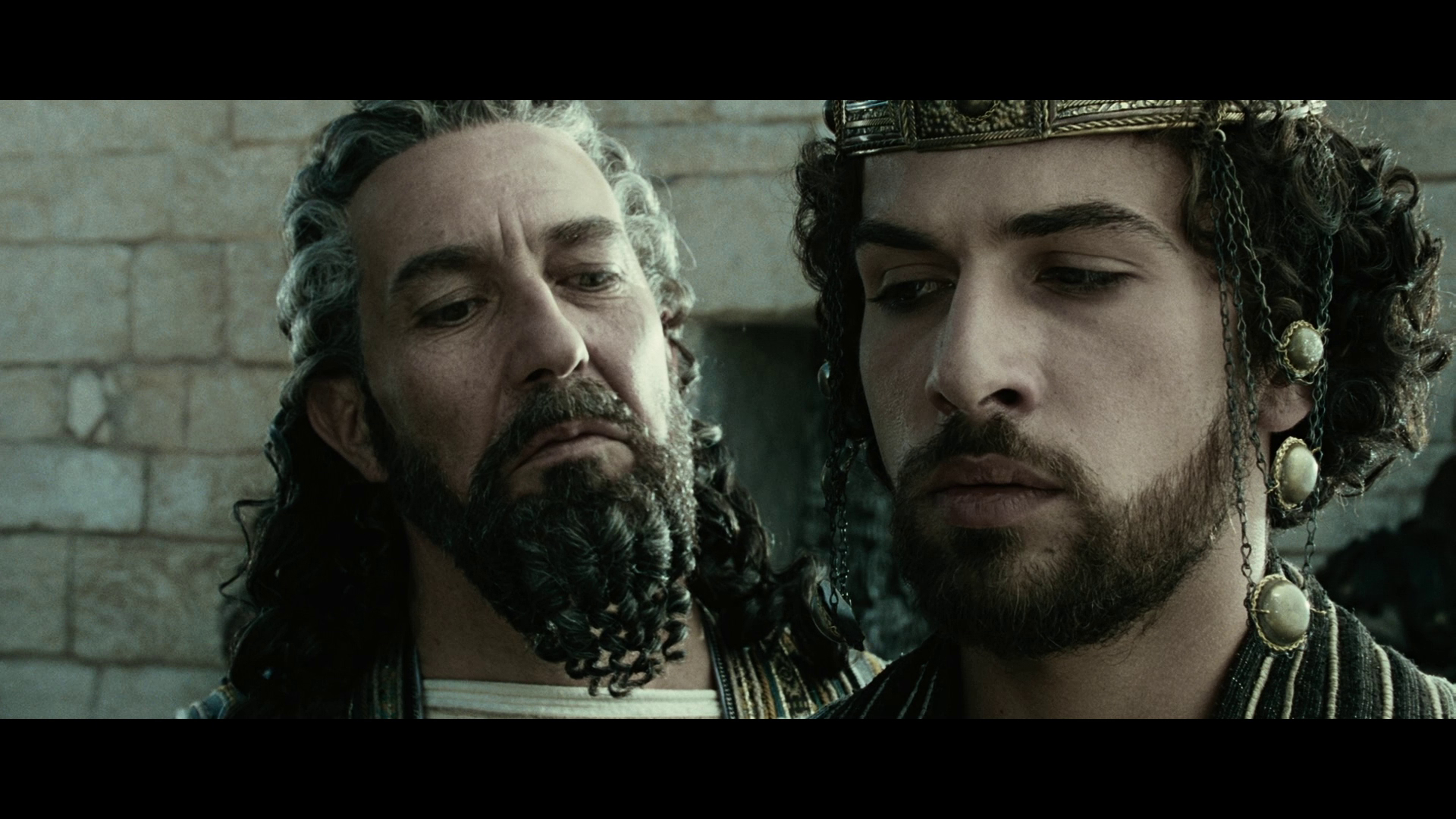 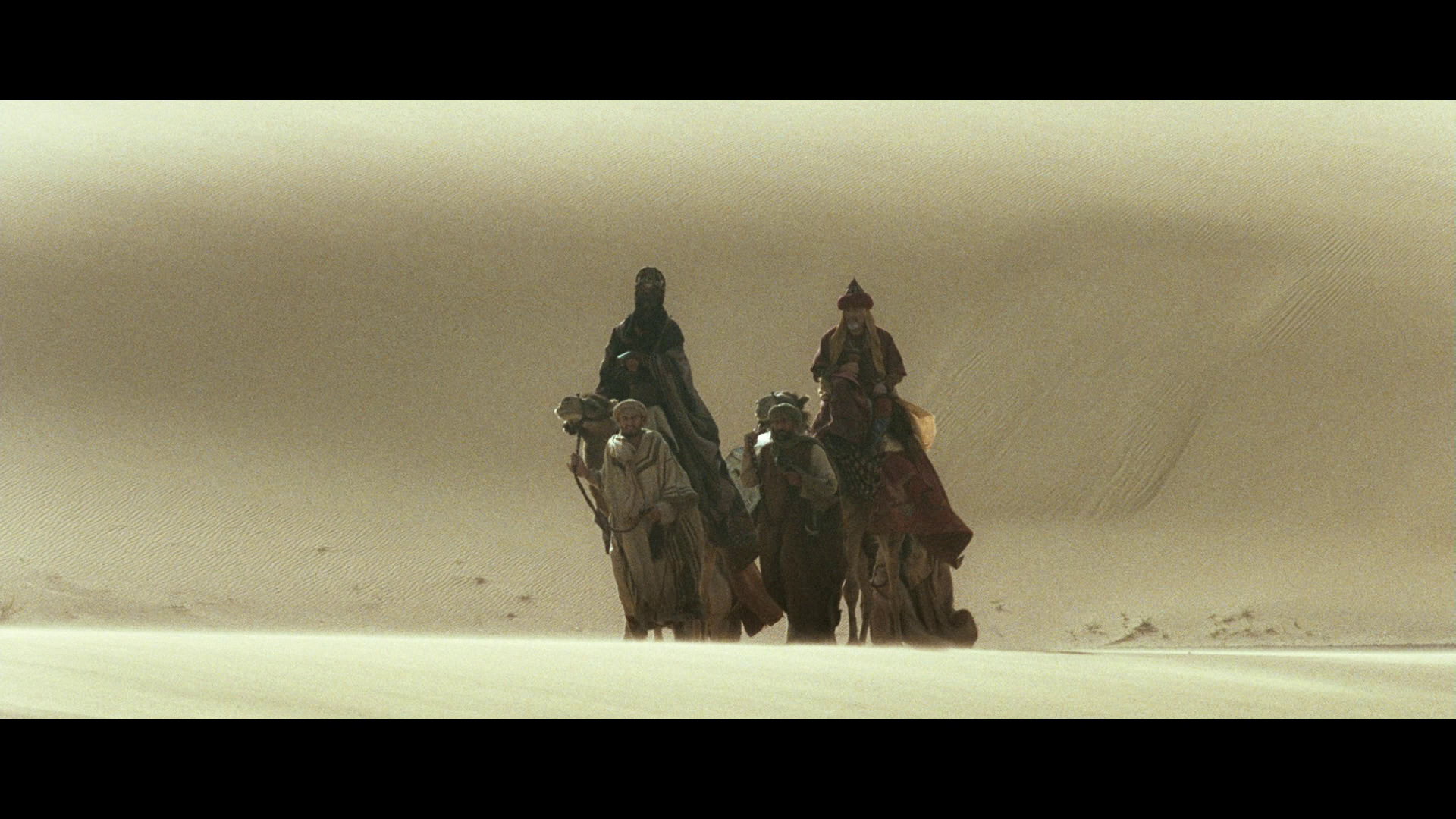 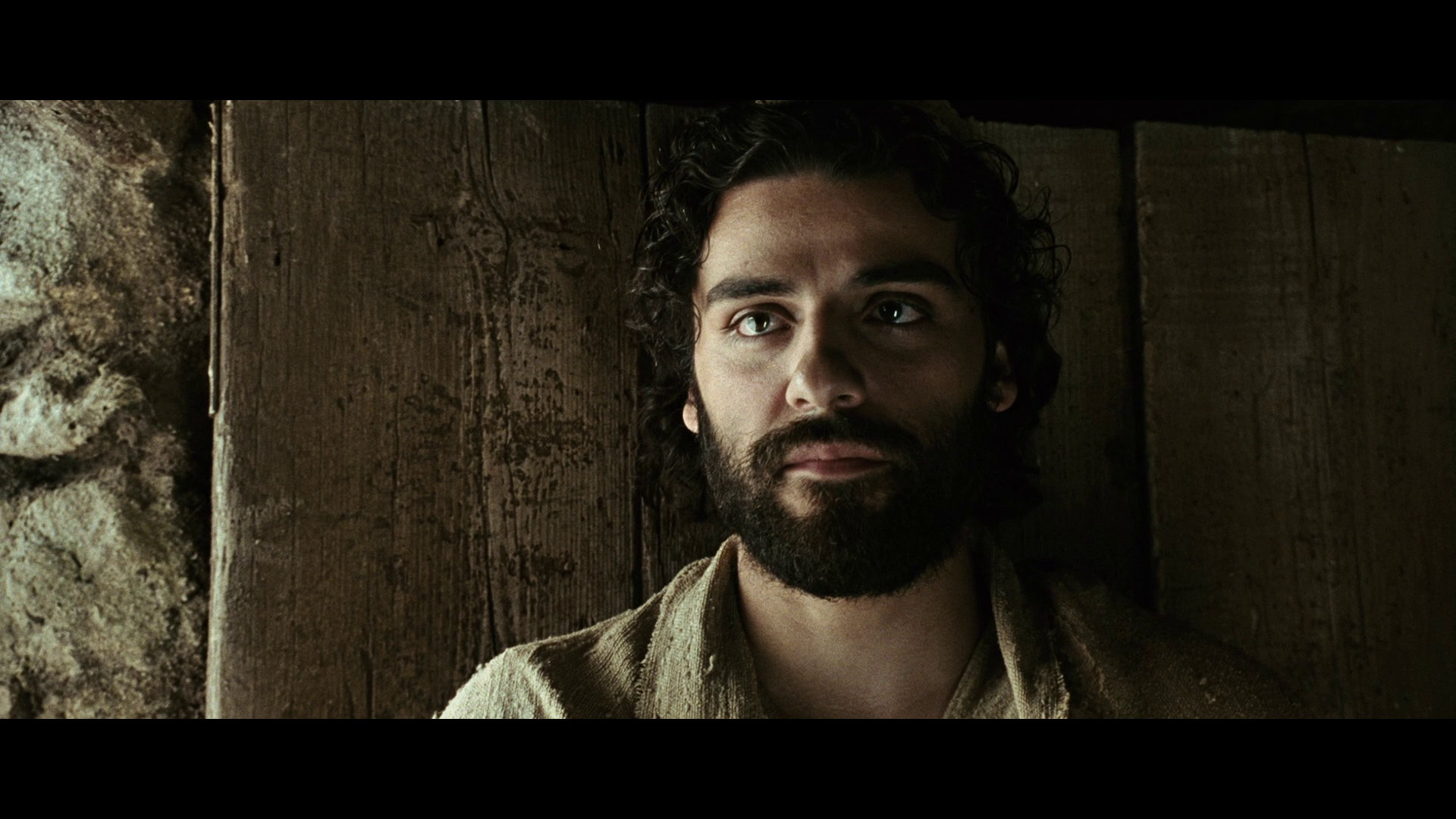