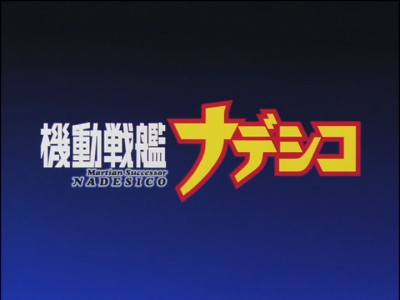 Martian Successor Nadesico takes place in a distant future where mankind is at war with an alien race while trying to survive said war, and with seemingly high odds placed against humanity and earth itself. The Nadesico is a ship of considerable build and protective power and the crew that works on said ship consists primarily of skilled individuals who each bring together their own unique talents to the table when it comes to working together towards protecting planet earth.

The series is one of the biggest anime hits of the 1990's and one that spawned even greater anime fandom in North America. One of the things that undoubtedly appealed to many of Japan's otaku (and subsequently that of anime fans in America) is that the series revolves, amazingly, around anime fans as characters. These characters all share some level of fan adoration of anime and the series blends into a mixture of parody and homage to Japan's essential and famous anime-mecha entries.

Audiences of Martian Successor Nadesico can be mesmerized when they discover elements of Gundam or Evangelion on this show, yet it essentially amounts to being a fraction of the series whole as this series fundamentally recognizes a need for notable comedic elements to carefully counterbalance the drama of surrounding the series upon the war. The creators recognized that focusing on the war itself could not be the only basic element of the framework here, and thus this series is more of a blend between several genre elements. 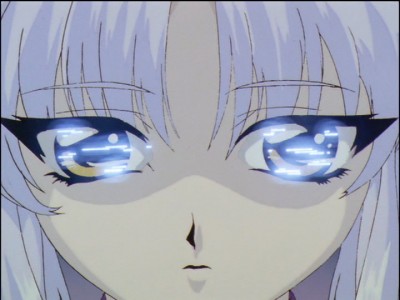 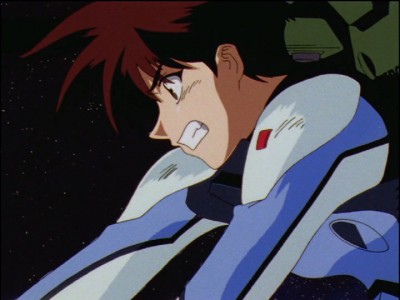 The genre elements also go together so seamlessly that is makes the series better equipped to be enjoyed by a variety of anime fans. Some anime fans might have a higher preference for action, or drama, or mecha, or comedy: this series contains bits and pieces from several different styles of anime and it does so in a way that has been successful for many different anime fans; fans of considerable fandom and who have followed Nadesico in Japan and America over the years.

The animation on this show is beautiful. The artwork is a key element of the series and something truly wonderful stands out about the way this series has been animated here. Everything about it excels more because the character designs, the layouts, and overall impressive and exemplary vibes result in part because of the strong art and design of it.

Director Tatsuo Sato (Shingu) is also a very strong and notable director for this series. I previously watched and enjoyed his efforts with the highly dramatic sci-fi piece Shingu. Something about the director seems distinctive in the way he focuses upon smaller and essentially quieter moments that focus upon character more than any mere spectacle of entertainment. Nadesico appeals first and foremost because it's a character-driven show. Audiences looking for some anime fun with a better grasp on characterization and directorial storytelling should enjoy the approach with Nadesico; now considered a classic anime series creation. 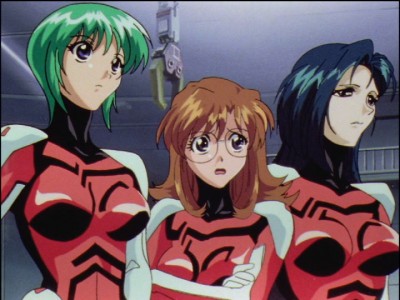 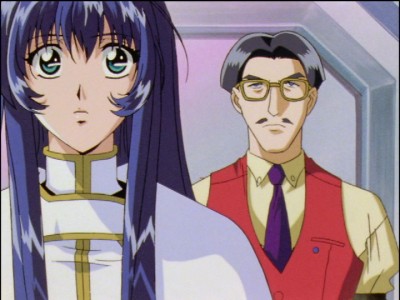 Martian Successor Nadesico has been beautifully remastered. This relicensed release by Nozomi Entertainment presents the series with the new restoration efforts and it's a beauty to behold the series in a clearly superior way. The colors are mostly vibrant and the series is free from dirt or debris on the prints. The remastering process was done from the original elements and this is a series that has undoubtedly received a huge upgrade through the process.  Many anime series first released in the mid to late 1990's had poor picture quality and this should be a dramatic improvement over what was previously available on DVD in North America.

The series looks beautiful, crisp, and clean: so does the theatrical film The Prince of Darkness. Both the series and the theatrical feature are preserved in the original aspect ratio that was used (1.33:1 and 1.85:1); both look remarkable for an anime production from the 1990's.

The series is presented with two audio options: English 2.0 and Japanese 5.1 surround sound. I was surprised upon starting the series that apparently different masters of the remastered series resulted in a slightly incorrect synching of the English language dub. It didn't seem horrible to me from what I saw but I stuck to the Japanese language track presentation anyway - the series has an excellent Japanese dub that is well worth listening to. Everything about the show sounds dynamic for a series of its age and only the Japanese dub has the impressive surround sound mix. Both English and Japanese 5.1 audio options are available with The Prince of Darkness theatrical film presentation. 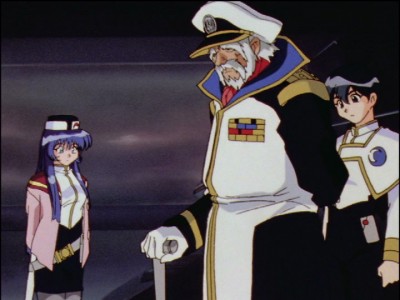 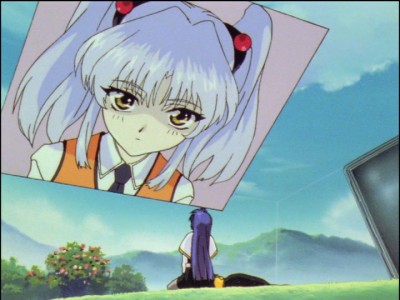 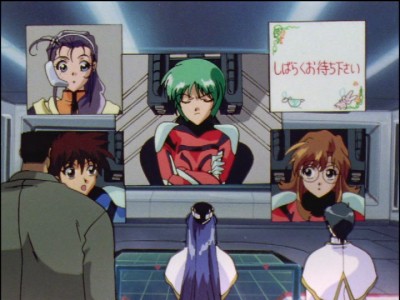 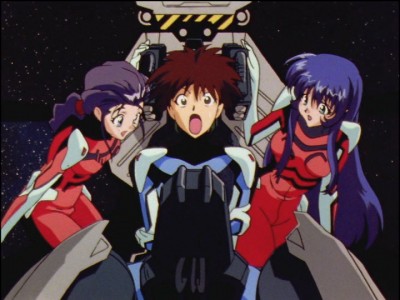 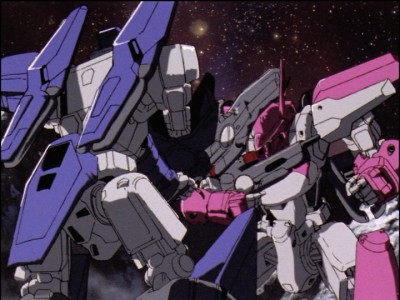 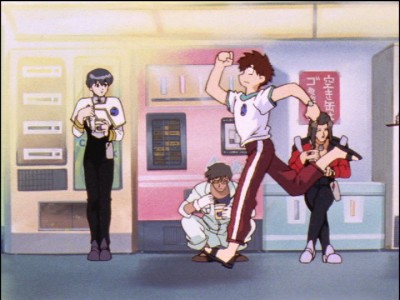 Additional Screenshots Showcasing the Remastered Presentation of Nadesico: The Prince of Darkness: 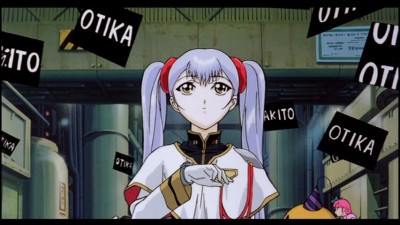 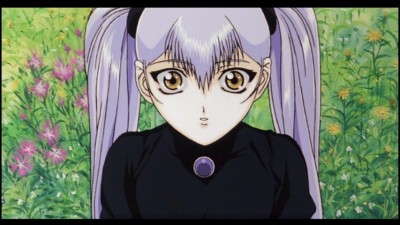 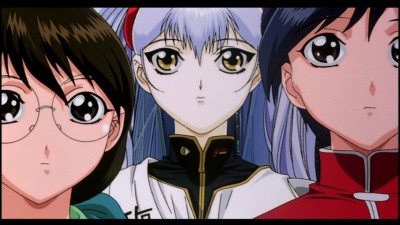 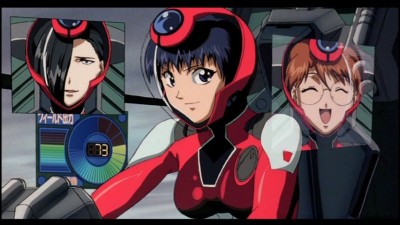 Extras:
There are a significant number of supplements included on this release of Nadesico. Fans should feel pleased to actually find so many supplements on an anime release, and especially on one of their favorite series. The main inclusion of interest on this release is the Gekigangar 3 OVA (29 min.), a special episode of sorts that is supposed to be like the television series featured within Nadesico and which was a favorite anime series for Akito, among some of the other characters. This OVA special was previously only available in Japan so anyone purchasing this rereleased DVD collection will finally have this special episode to watch. 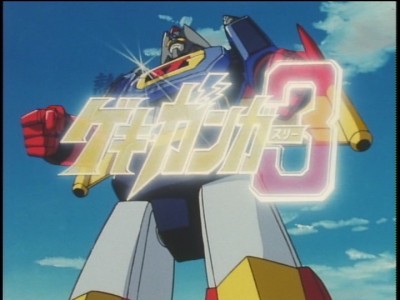 Welcome to Belle Equipe (44 min.) features a number of cast interviews, behind the scenes voice recording session moments, and other miniature adventurous spots. The special also contains a brief introduction to the series. This is less of a making-of and more of a special cast interview session. There are some comments made by director Tatsuo Sato about Nadesico as well.

Nadesico Sorekara (22 min.) is an additional behind-the-scenes piece covering the event held for a premiere of the Nadesico film. This piece features several key cast members up on stage and both performing/responding to fan questions and talking about their parts on the show.

TV Spots (4 min.) and Other Promo Videos (4 min.) are television ads for the series itself and for various CD releases containing music from the show.

Another huge plus in the supplemental section are some additional Interviews with the Nadesico Cast: Houko Kuwashima (Yurika Misumaru), Tomokazu Seki (Gai Daigoji), Naoko Takano (Megumi Reinard), Omi Minami (Ruri Hoshino), Maya Okamoto (Minato Haruka), Chisa Yokoyama (Ryoko Subaru), and Yuji Ueda (Akito Tenkawa) are all interviewed for some previously-released single-volume releases of the show from Japan. It's neat that so many additional interviews would be contained on this remastered release for North American audiences. Each interview is somewhere between 1 to 2 minutes in length.

Trailers for other Nozomi Entertainment releases are also included. 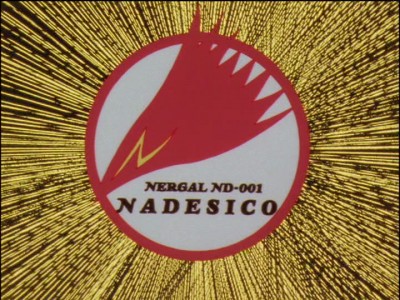 Anime fans looking to watch a series now considered a "classic" of the art-form will be pleased to know that the series contains many interesting genre elements, while the longtime, devoted fandom for Nadesico will be thrilled to own the series and feature film in this DVD collection containing both with gloriously remastered prints and a generous selection of supplements. It might be worth renting first for newcomers to the show, but if you can enjoy a few episodes, there's a good chance you'll want this set in your anime collection. This is a stellar Nozomi Entertainment re-release of a popular and much loved anime creation.