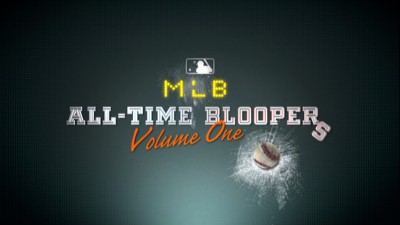 
The Show
In my time at DVDTalk, I've reviewed two other baseball bloopers DVDs, and in looking back at those reviews, there's a common thread: these blooper DVDs are quite lacking in bloopers. Instead, there's a focus on the leisurely workplace that is the Major League Baseball ballpark, as players mess around, pull pranks, joke and generally enjoy themselves. It's not just during practice or before the games, but during gameplay itself. The thing is, there's not a whole lot you need to do during a baseball game, which results in a lot of downtime, which results in bored players acting like kids. That's the kind of stuff that fills out the majority of these discs, and that's just what you get with MLB All-Time Bloopers: Volume One.

Narrated by SNL's Bobby Moynihan and featuring several players, coaches and commentators, this 50-minute special has a chapter structure forced upon it, broken down into six concepts, like Funny Sights and Sounds, Characters of the Game and Silliness in the Stands. Some, like the characters segment, eschew bloopers almost entirely, focusing instead on player personalities, like talkative Prince Fielder and Orlando Hudson, or beard enthusiast Brian Wilson. Meanwhile, if you wanted to see dancing and sports more directly tied together than on Dancing with the Stars, this disc is your dream, with more dugout discoing than you could imagine. Sure, you could describe these bits as cute or amusing, perhaps informative, but funny? Unlikely. 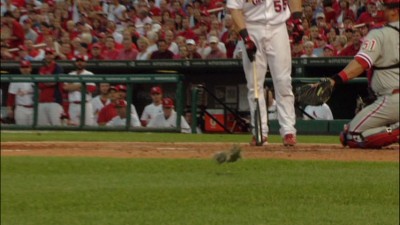 That said, the second chapter, Hazards of the Park, is a pretty solid example of what bloopers should be, with players crashing into walls and leaping into the seats, batter-seeking pitches and some general silliness, like ballparks infested with bees, birds and squirrels. It's hard to believe that some of these players didn't get seriously injured on these plays, which reduces the hilarity a bit, but otherwise, this is just the stuff we want to see. Why we didn't get more of these kinds of screw-ups may be partially due to the need to fill out the topics and partially due to the disc's limited scope. For a DVD called MLB All-Time Bloopers, it feels like 98 percent is culled from the last 10 years of baseball, with appearances by the now long-gone Montreal Expos feeling like the only thing dating the footage.

The disc wraps with the top nine bloopers of all-time (again, sticking to previous discs nine-innings structure), which is a bit odd, since the disc is called Volume One. If this is the top nine, what are they putting on the others? Anyway, the run-down isn't bad, ranging from Larry Walker handing a live ball to a fan, to Steve Lyons taking his pants off at first base, and covers most of the more memorable screw-ups you can remember. At the same time, the reason you remember them may be because you saw them on the other DVDs, which limits the value of this release. 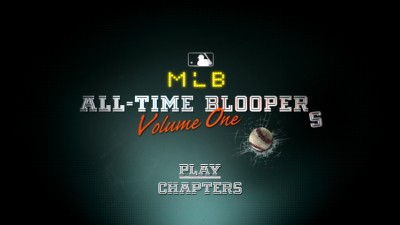 The DVD
This one-disc release arrives in a standard keepcase. The disc has a static anamorphic widescreen main menu, with options to play the special or select scenes. There are no audio options, and no subititles.

The Quality
The anamorphic widescreen footage, especially during the interviews, is quite nice, degrading in connection with the age of the material, so everything looks pretty much the way you'd expect it (even if stuff from just before the days of HD looks ancient at this poinmt.).There are no obvious issues with artifacts, dirt or damage.

The audio is delivered via a Dolby Digital 2.0 track, that presents everything cleanly, yet unremarkably. There are no problems with distortion, but also nothing dynamic in terms of the mix.

The Extras
Unlike the previous bloopers DVDs I've reviewed, this one offers nothing in terms of extras. 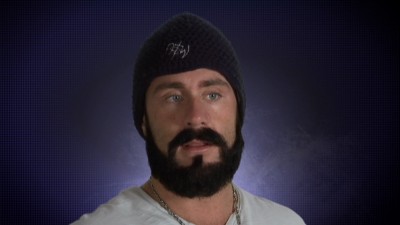 The Bottom Line
Toward the end of this disc, Moynihan asks the question "Was it funny?" It's an unfortunate thing to ask after what we've just watched. With a load of repetitions from preview releases, a paucity of genuinely enjoyable content and zero bonus content, this release manages to dive below previous MLB blooper DVDs, I'd say it was worth a look for baseball fans, but they are better off tracking down the other releases to check out.