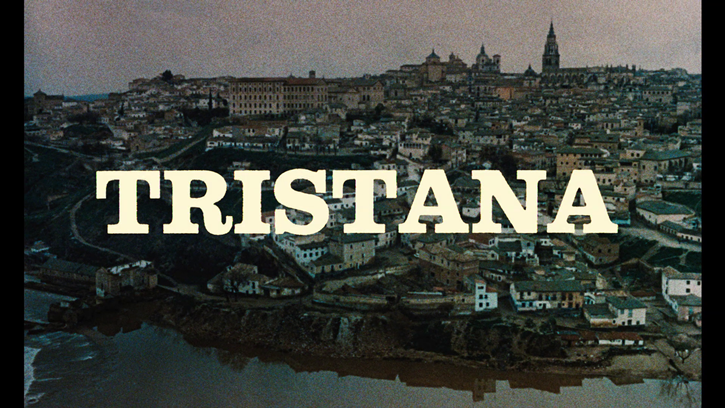 Tristana is one of filmmaker Luis Buñuel's most overlooked works in his entire filmography - and it is now once again presented to audiences, and this time with a brand new and vastly improved restoration that was made possible through the Cohen Film Collection. This is certainly an impressive Blu-ray release of a classic and complex work of art that is still understandably debated by film fans today. Tristana is a complicated character study; complicated by the performances of the actors and actresses and the complex story.

This is certainly a difficult film to try and grasp entirely. There are plenty of layers to the story and to the characters. Tristana absolutely excels as an excellent example of truly magnificent filmmaking as a result of (or in spite of) that element. The entire production is one with an interesting and vast history that is in some ways as fascinating as the film itself. That adds elements of intrigue to this film and it contributes to the high quality artistry of its entirety. Something about Tristana is difficult to grasp, but that makes it all the more fascinating to behold.

Tristana stars Catherine Deneuve as the title character, a young woman thrown into an awful situation when her mother passes away and she becomes the "daughter" of a guardian named Don Lope (Fernando Rey), who soon enough decides to try seducing her to make her his life partner, his wife, and daughter... and all at once. This is the core conflict at the center of the film. This core concept becomes explored throughout the course of the story -the unfairness existing within Don Lope's attitudes and beliefs and Tristana's growing resentment towards Lope. 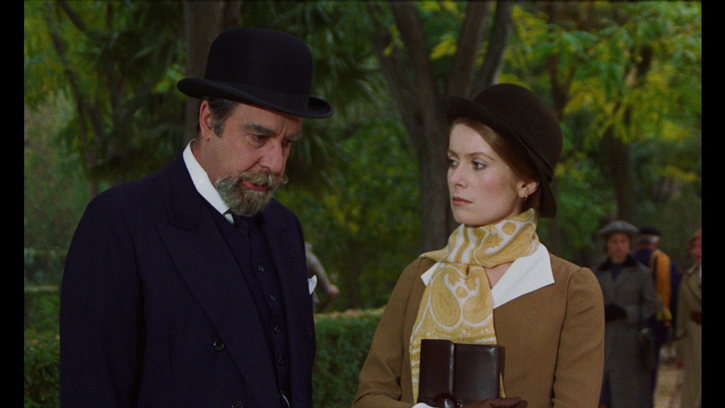 Over the course of the story, Lope becomes much more demanding, overbearing, and angry with Tristana and for a variety of uncalled for reasons. Nothing about their relationship is healthy or normal. It is a relationship that shouldn't be. Throughout it all, Lope shows that he is obsessed and uncompassionate towards her. Tristana wants to escape from his controlling behavior and his lustful obsession and to find her own love and happiness in life. The film begins to unravel while telling the story of an unstable relationship and it explores these characters negative and quite overwhelming connections to each other. It is a driving force of the narrative.

This is a complicated and absorbing film, but it also manages to reach this aspect of greatness while avoiding using a lot of plot points or elaborately as some stories from Buñuel have - It makes up for this by being more intense and complex as a character driven piece, and it does manage to have several interesting historical elements that will be relevant and symbolic for those who can understand the time period and setting relevant to the unfolding storyline.

Alas, some of these historical elements initially flew past me, and I only noticed how historically fascinating this film was upon exploring detailed and well-made supplemental material included on this particular release. It's clear that a lot of thought went into the filming of it: something about this story was entirely suited to being explored by film historians and all moviegoers fascinated by some of the deeper elements found in cinema. The film will become more fascinating for viewers upon reaching a greater understanding of the historical material. 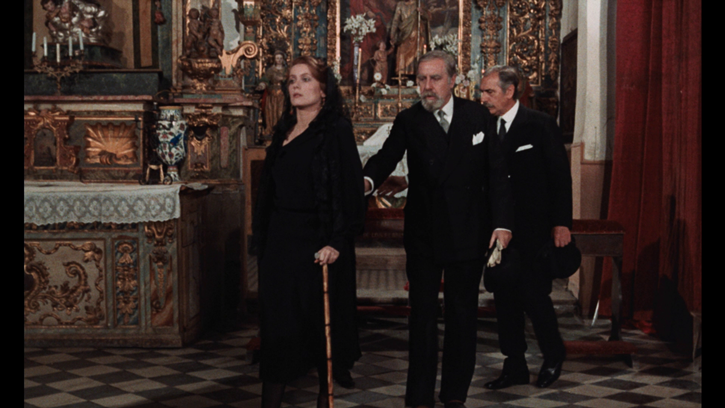 As for how the production eventually came about and became realized: it's an entirely interesting question. Buñuel had wanted to make Tristana at several points throughout his career but he also wasn't able to make it due to controversies, filmmaking restrictions in Spain, and other issues that kept getting in the way of his vision. Luckily for Buñuel and for film fans, the ability to make the film began shifting and he was able to film in Spain at last after many years of unsuccessful attempts.

Interestingly, this wasn't even one of his favorite books from the original novel's author; Buñuel claimed that he felt it was his worst novel, but that it was a good springboard for a film. Tristana was a passion project for Buñuel and one clearly fueled by his love for filmmaking, Spain, and his interest in looking at the complexities surrounding the characters.

That's what makes the film so undeniably powerful and resonant after all these years. Toss in some stellar performances, mesmerizing cinematography, and more than just a dash of solid intellect and the film demonstrates the work of a top class filmmaker working brilliantly to realize the story and the character's journeys.

This is entirely a character driven piece and that is what makes everything fascinating in the long run. It's a worthwhile film because of Luis Buñuel's dedication to characterization (as both co-screenwriter and director) and because he is able to bring remarkable performances out of the cast, which includes Catherine Deneuve, Fernando Rey, and Franco Nero. Tristana is a good example of classic cinema. 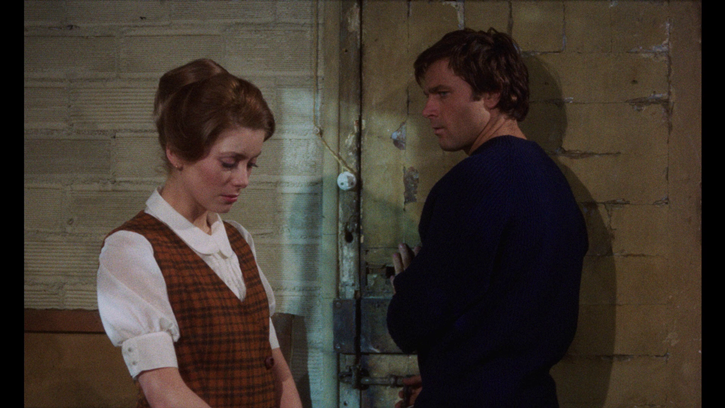 The 1080p 1.66:1 transfer of Tristana is impressive. The colors are often muted in appearance but this seems to be in tune with the artistic cinematography by José F. Aguayo, and it suites Tristana as this is an often bleak and melancholic drama to behold. There was a lot of effort invested in restoring this film. The presentation seems to have been crafted from several of Tristana's sources but the work is uniformly well-done. There is a fine layer of film grain preserved and it helps to keep the theatrical appearance intact. If there is any downside, it appears that some scenes are a bit too dark. Yet for the most part this is not the case. The presentation is also free from print damage and other problematic aspects (such as edge enhancement and DNR) that sometimes overwhelm certain classic film presentations.

Tristana is presented with a 5.1 DTS-HD Master Audio presentation. The dialogue is quite crisp and well-defined and the music sounds beautiful. There are some decent sound effects too, and these elements work well with the presentation. It's a decent sounding lossless presentation.

The audio portion of this film's presentation is a bit more difficult to grade because of the way the film is presented with dubbing. The film is intended to be seen dubbed into Spanish. It was originally recorded with Catherine Deneuve speaking French and Franco Nero speaking Italian. In France Deneuve's own voice was retained for the presentation. I am unsure about Nero (and the supplemental commentary essentially made me feel even more confused on the subject).

Tristana was dubbed into Spanish by different actors and it seems as though this is the version utilized for the film in most markets. This dubbed version is the intended version. Of course, it would be wonderful to have the French audio as an optional element to the audio presentation. It's not included though (not even as a supplemental feature).

An English dub is also included on this release, but the best option would be to stick with the Spanish language version of the film. Surprisingly, the dubbing is actually well-done, but for those of you would have liked to hear Deneuve and Nero's own voices in French and Italian, you're out of luck. 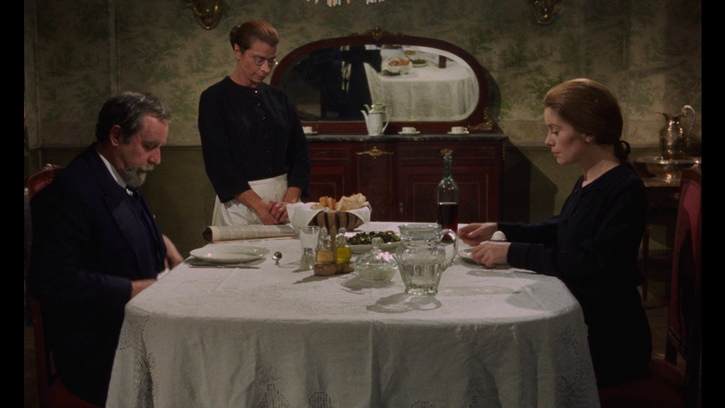 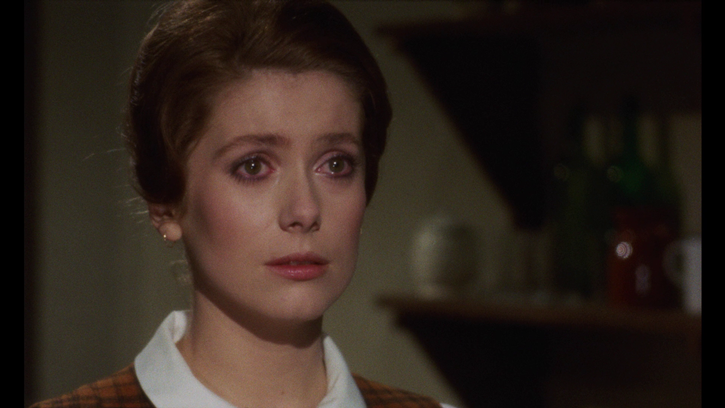 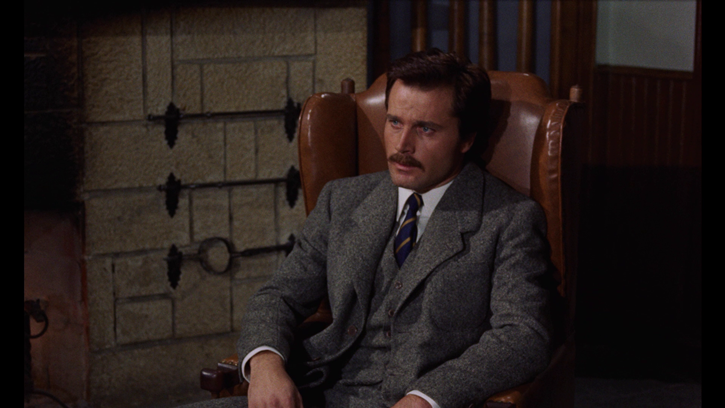 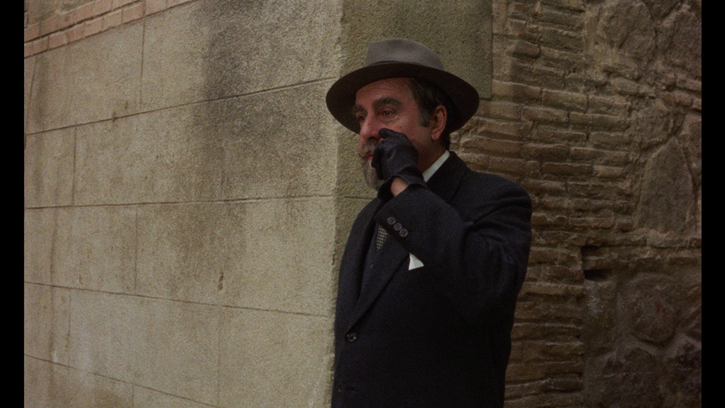 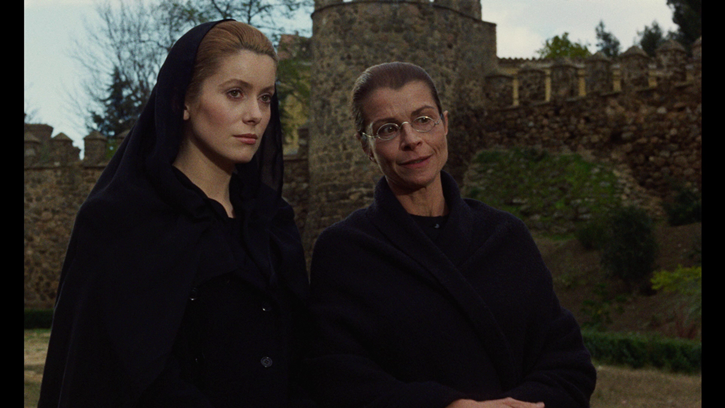 Each supplement included on this release is wonderful and worthwhile. This is a brilliantly realized set of supplements that aids in the enjoyment and understanding of Tristana. The included video supplements are even provided in HD.

Inside the Blu-ray packaging is a booklet featuring a new essay from Cineaste magazine editor Richard Porton  and excerpts from Catherine Denueve's personal diary (as written during the production) and also an excerpt from Raymon Durgnats book Luis Buñuel (1977).

The lengthiest and most enjoyable supplement may be the audio commentary with Catherine Deneuve and critic Kent Jones which was recorded in 2012 and is aptly described as being a conversation between the two. It's a laidback and conversational approach but there's good details to be heard from Denueve, who shares some good insights into her methods and her working relationships with Buñuel and (to a lesser extent) other filmmakers. It is a slowly unfolding commentary track that feels relaxed, nicely paced, and enjoyable to listen to. I recommend it to fans of Denueve, who should enjoy hearing her thoughts on Tristana.

Visual Essay Featurette with Peter William Evans (30 min.) is a quite fascinating piece focused entirely on Peter Evans, a Buñuel expert and scholarly author, giving fascinating background information on the film's creation and the themes of Tristana. It's one of those supplements everyone should see if they are at all a fan of the film and of Buñuel as a filmmaker. The provided insights are informative and revelatory. This is an incredibly smart supplement. Essential.

An Alternate Ending is included. It runs a little over one minute and it only differs in a few snippets of film. 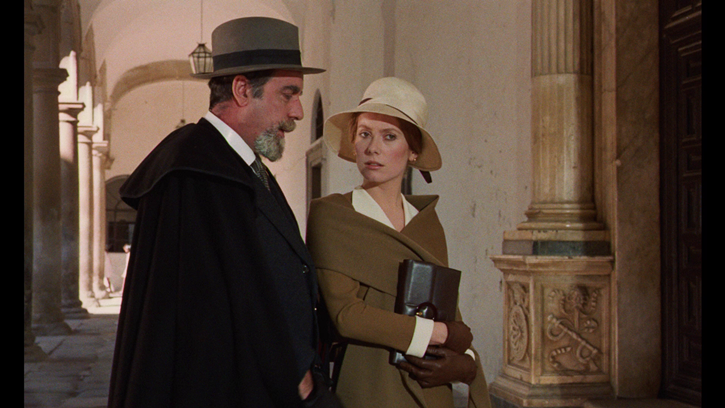 Tristana is a beautifully filmed dramatic exploration with remarkable performances by Catherine Deneuve, Fernando Rey, and Franco Nero. It is one of Luis Buñuel's most personal projects and it's an important film that deserves more recognition from audiences today. This is a delicately made film. Both longtime fans and newcomers to the works of director Buñuel will enjoy this fascinating and complex character-driven work of art.

The Cohen Media Group has released an impressive Blu-ray for this newly restored presentation of the film and all serious film fans will want to add this quality release to their collections with it's worthwhile video transfer, lossless audio presentation, and generous inclusion of quality supplemental materials. It really is an incredible presentation and it is one which fans will cherish owning.  If you have any interest in Buñuel or foreign language classic cinema in general, consider this a worthwhile purchase.