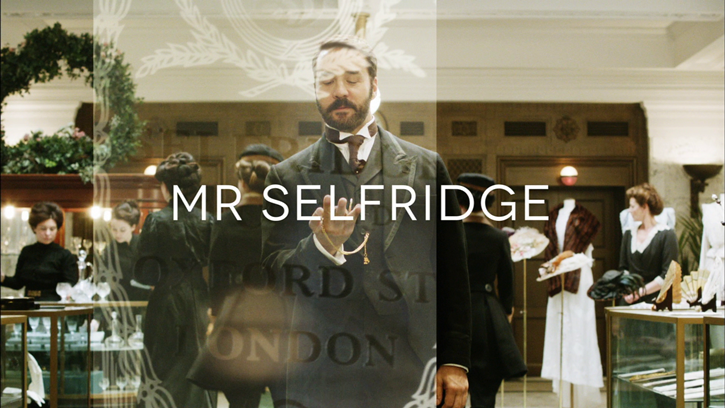 Mr. Selfridge is another period-drama creation from the mastermind creative genius Andrew Davies (Pride and Prejudice) who is renowned for his vast range of work in costume drama. Taking a story based on the novel "Shopping, Seduction, and Mr. Selfridge" written by the author Lindy Woodhead, the series takes a look at that genius marketing behind the sparkling showmanship and pizazz that helped to create the Selfridge shopping empire in London during the retailing period beginning within the early part of the 1900's. The show is about the beginnings of retail shopping as known today: window-shopping, buying items previously unknown, and household goods of all kinds. It's about the people (and specifically Mr. Selfridge, the leader) who made it all a possibility in the forward-momentum of a changing landscape in the world of business exchanges and the way in which people shop.

Mr. Selfridge (Jeremy Piven) is quite the character within the world of the show. It seems appropriate that an actor known definitively for playing such a character on Entourage is receiving another opportunity to perform with manic energy and enthusiasm, but with an interesting and quite different spin through the realm of period-based storytelling. He is a hugely ambitious character who wants success for his vision and for the people who will see the shopping empire created under his wing. His ambitions are unique, bold, and whimsical.

Several other characters help to strengthen the cast of the show in an attempt to make the proceedings more ensemble-oriented, though Piven takes the greatest amount of time the production offers. Rounding out the cast: Frances O'Conner, Aisling Loftus, Zoe Tapper, Katherine Kelly, Gregory Fitoussi, and Trystan Gravelle. The show explores the wife of Selfridge, his working companions, and those who make up the employment of his neat, potentially gigantic, empire in the world of shopping in style. 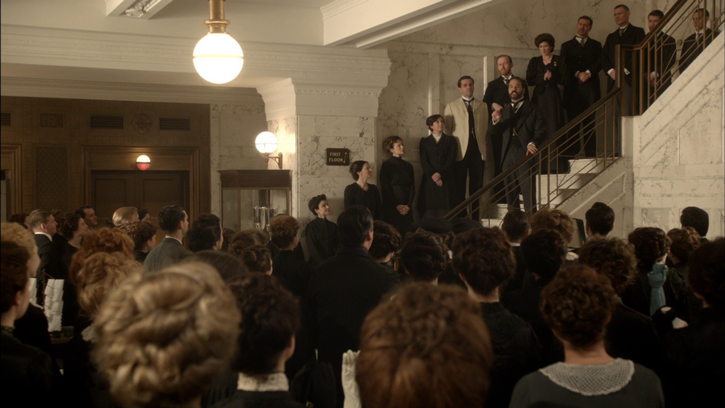 The show is fun on multiple-levels and with a uniquely unfolding story penned with great creativity by a screenwriter as talented as Davies, it helps to keep it all interesting for the journey. Davies is assisted with some additional talents as well. The show's writing is complemented with additional script-work by Kate Brooke and Kate O'Riordan too.

The direction is by Jon Jones, John Strickland, Anthony Byrne, and Michael Keillor. It's wonderful to see a show with a high-caliber style. This series has good pace, style, and it ultimately contains a unique blend of drama, comedic sensibilities, and artistic grace that absolutely is owed in part to solid directing. The sets, costumes, and cinematography are excellent additions to a well-structured foundation in the craft behind-the-scenes. This is impressive and it is a notable aspect.

Some viewers might be quick to consider this a show aiming merely to capitalize on the undeniably massive success of Downton Abbey. The show is so much different, though. Characters and storylines do not overlap. This is just another progression in making new creations in television, through making costume-dramas that are historical but that have a reasonable amount of creative room to also excel in different directions of craft in artistry. Compelling, well-made, and fascinating with a premise that makes a surprisingly creative endeavor into the shopping empire of the early 1900's, Mr. Selfridge is a good show to be introduced to. 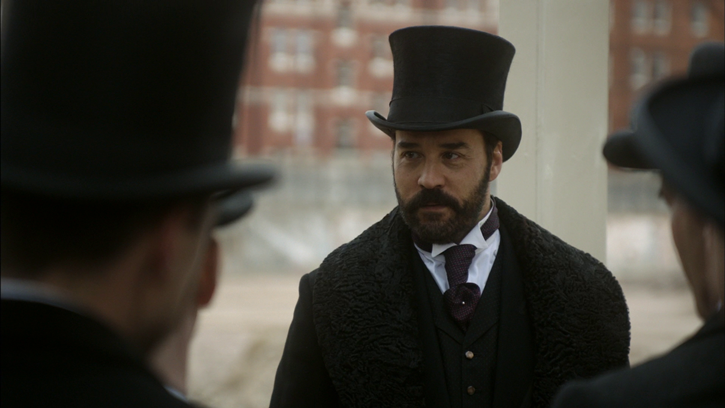 Mr. Selfridge looks splendid in 1080p High Definition with a transfer that retains the original 1.78:1 broadcast aspect ratio that was used on air. The series has a lush and splendid visual quality with its quality cinematography and overall aesthetic appeal. This well-presented production is a first rate work of modern visual craft with a unique period foundation.

The 2.0 DTS-HD Master Audio stereo presentation isn't something that will "knock your socks off" -- so to speak - but the clarity and depth is worthy. The dialogue is crisp, clear, and can be easily understood. The music adds a nice layer of beauty to the audio proceedings too. English SDH subtitles (for the deaf and hard of hearing) are also included. 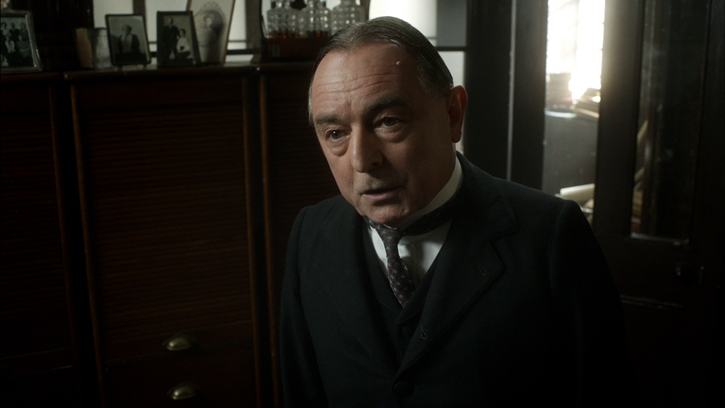 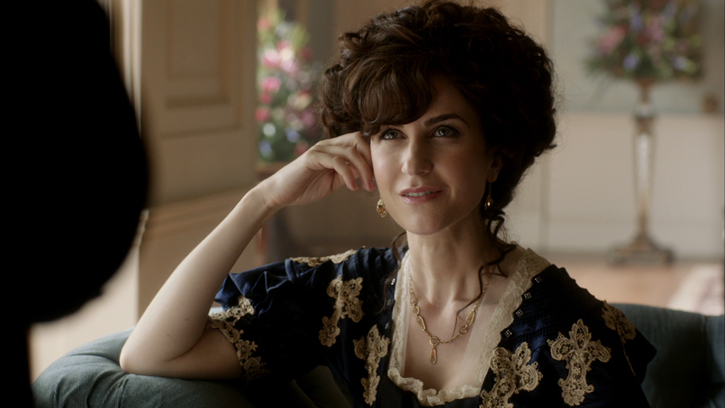 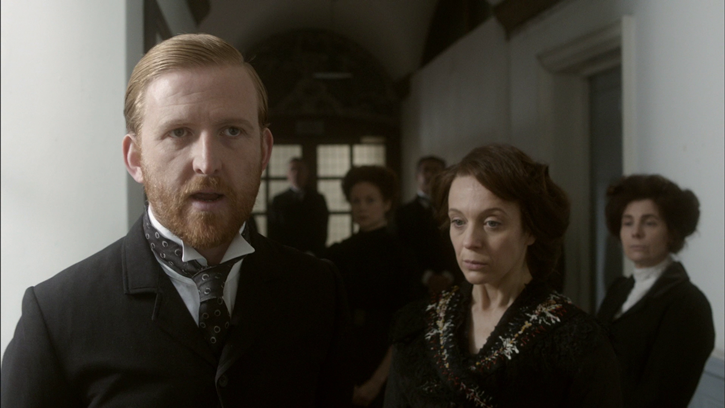 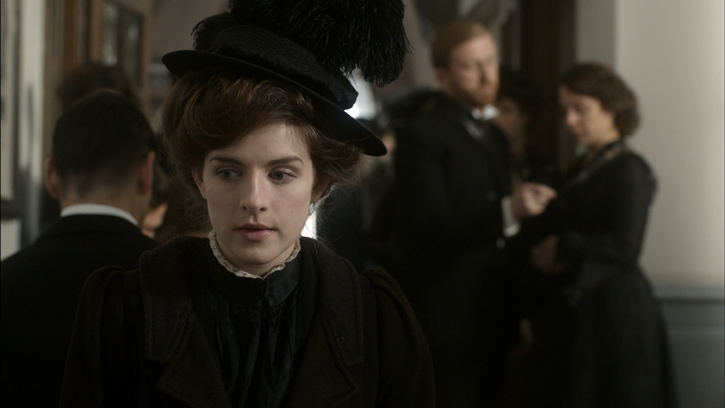 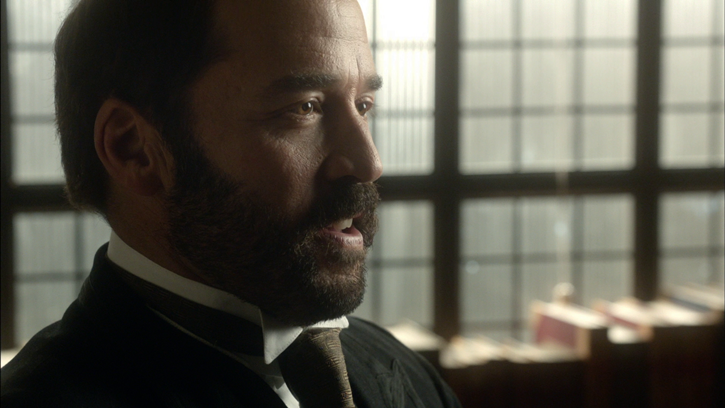 The only special feature is a 26 minute long documentary featurette entitled "Behind the Scenes at Selfridges", which explores the creation of the show's shopping center with a look at the set creation, costumes, and other elements of the production with interviews which are with the production crew and staff. The feature is presented in HD and with DTS-HD Master Audio; something uncommon for supplemental features. It'll be interesting for fans but it runs a bit short. 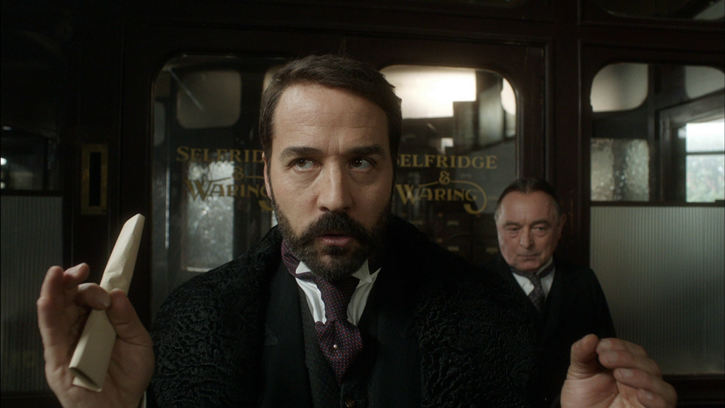 Mr. Selfridge is a good vehicle for the energetic and enjoyable character-actor Jeremy Piven (Entourage). It's a solid show for the Masterpiece label at PBS and a good production that's worthy of checking out for fans of the lead actor and the main show-runner Andrew Davies. Downton Abbey fans (and those interested in costume dramas in general) will want to give Selfridges a shopping visit but they may want to try a sample of the product before buying.

Consider renting it first, if unfamiliar; although the show is certainly fun and worthwhile.