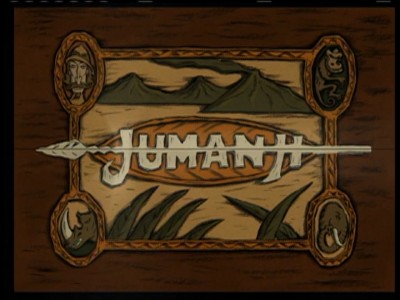 Jumani : The Animated Series is an adaptation of the popular children's live-action film Jumani, directed by Joe Johnston and starring Robin Williams, Jonathan Hyde, Kirsten Dunst, Bradley Pierce, and Bonnie Hunt. The concept of the film and the animated series revolves around two young children, Judy and Peter, who play a board game that comes to life and takes them on a challenging adventure of two worlds collided. In both the film and series the children meet the much older Alan Parrish, who had played the game as a child and who became trapped in the world of the game with no way out. To escape from the game-world and return to reality the game must be "beat" through its own rules.

Jumanji was one of my favorite films during my childhood. It was one that I could revisit time and time again. I would always discover something new and fascinating about it that would entice me to revisit the film again. It was one of those films I regularly wanted to see. I would want to put it on rotation. I loved the journey of the bizarre concept and the brilliant execution from director Joe Johnston; even though I had no idea who the director was at the time. I used to not even consider those elements in films when I was a child. Yet I was enthralled by the vision and scope and sense of creativity which is displayed in this and other films I cherish from my youth.

Something about Jumanji just perfectly clicked with my own sensibilities and sense of imagination. Jumanji had me amazed, flabbergasted, and enthused.  It was an entertaining work of art that was extraordinary as a family adventure film. I was surprised and delighted someone had even made it. I would say that the thing that drew me to the story the most was the sense of adventure it presented. It was almost like an old serialized story. As the film progressed you would experience a new segment of the whole.  Even as a feature-film, Jumanji managed to feel like a serialized adventure. One scenes of Jumanji would lead into the next but the unusual circumstances of the adventure would continue to have me perplexed as to what would happen next. 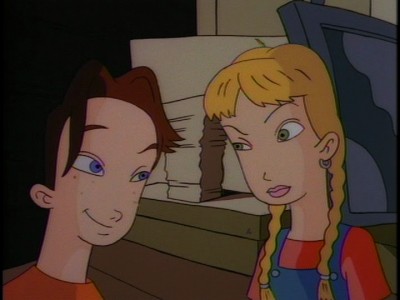 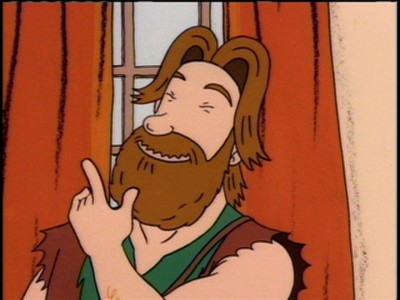 Nothing felt dumbed down for youthful digestion - it didn't make me feel like I was being talked down to as a child. Rather, the film seemed ambitious as an action-adventure feature and it deftly combined the adventure with a sense of comedy and human pathos.  You really grew to care about the children; alongside the spellbinding character performed to perfection from the genius that is Robin Williams. I suppose in some ways, Williams bravura performance was the ultimate element to the film that kept things so undeniably fascinating.

When it came to adapting the film into an animated television series, I'll admit to feeling more than a little skeptical (even as a child). I have grown up watching episodes of plenty of television series born creatively because of a theatrical film's massive success. Many of these endeavors turn out to be dull, droll, and uninventive: the opposite of the execution in adventure and creativity that spawned them. Some series have done well; others have not. Jumanji : The Animated Series (as it turns out) was one of the best animated programs to be created as a result of a film's success. It's not a wildly original series (you can still tell that it's directly a relative to the feature film) but there are a lot of things about the show that work to its advantage.  It's a show with a lot of good qualities helping to benefit it.

It's got wacky inventive animation (which stands out as one of the better aspects of the show). It works in bringing the entire series an odd sensibility (one which is somewhat reminiscent of the animation on Beetlejuice's animated counterpart yet still distinctive enough in its own right). The series has good writing and direction and the voice cast does a good job of representing these characters.  Ashley Johnson voices Peter, Debi Derryberry voices Judy, and Bill Fagerbakke voices Alan Parrish. This is something  which especially benefited the show. Fegerbakkle does excellent work in this character role and it's something which makes the show much more enjoyable and entertaining to watch.

Unlike the theatrical film, the animated series makes the Jumanji game take on a lot of different elements even more because every episode has an opportunity to do so with the storyline. The animators and creative team behind the animated version have really done a great job making something which works in unison with the film, but that still stands on its own as a worthy and entertaining creation. This series is well worth adventuring into exploration for fans of the film. 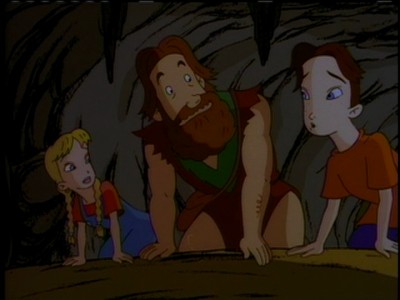 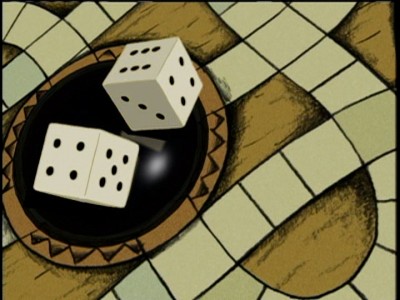 The series is presented in its original 1.33:1 full frame aspect ratio. This preserves the series in the proper broadcast ratio. The video quality leaves a lot to be desired though. To be fair about this, let me say that it looks about the same as I remember it looking when it aired on television. However, that's not impressive. It looks dated and not in a good way. The colors are often fairly muted, sharpness isn't as good as I would have hoped for, and the series suffers from obvious compression issues.  Episodes vary in video quality somewhat, which is odd, but must be the result of Sony using various sources for the materials presented on this DVD release.

The 2.0 Dolby Digital isn't very good either and isn't very engaging, active, or good-sounding with regards to clarity. Everything is audible and easy to understand but the sound has a slight muffled sound quality. The materials were probably not kept in good shape and this series is a product of the television landscape for animated programs at the time it was made. Don't go in expecting anything fancy and it does a decent job presenting the audio overall. Like the video quality, episodes vary in audio quality to a degree. It must be the result of Sony using various sources for the materials presented on this DVD release.

There are no supplemental materials on this made on Demand DVD release from Sony Pictures. 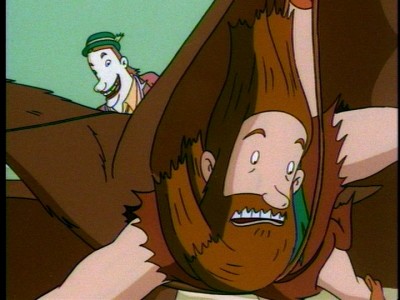 I absolutely recommend this set to serious Jumanji fans as well as to those who grew up watching this animated program and who enjoyed it during its initial run (or while it aired in syndication). This is an entertaining and well-made program based upon the successful theatrical film of the same name and origin, and those types of animated programs are rare to find. It's fun, quirky, and worth the time the series devotes to delving further into the adventurous Jumanji board game come-to-life. This isn't an amazing made-on-demand release though. This set has below-average PQ/AQ and no supplements were included at all, but the show itself is worth checking out.