Life and Times of Allen Ginsberg, The 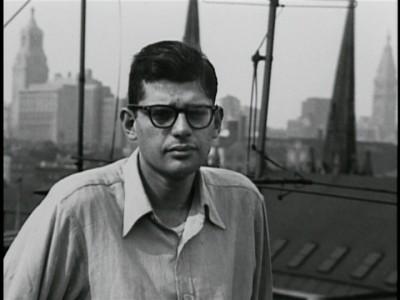 If your only exposure to Allen Ginsberg comes via James Franco's self-indulgent portrayal of the poet/activist in 2010's Howl â€¦ well, I think you're a very sad person. There's an easy way to remedy that, however. Get to the nearest library, check out his best writings, and look out for the documentary The Life and Times of Allen Ginsberg.

Truth be told, Allen Ginsberg (1926-1997) lived such a long and varied life that any attempt to bottle the man's essence in a documentary is bound to come up short. With The Life and Times of Allen Ginsberg, director Jerry Aronson does an admirable job of recounting the various stages of that life concisely, in chronological order. Premiering on PBS in the early '90s, the piece may be fragmentary and somewhat staid, but it accurately captures the subject's eccentricities. Docurama's two-DVD edition of the film duplicates the same content as an out-of-print 2007 set. Both packages comprehensively supplement the feature with over six hours' worth of interviews and features.

The Life and Times of â€¦ benefits greatly from the participation of Ginsberg himself, who is particularly illuminating when recalling his childhood and the years with the Beats. Born in Newark, New Jersey to a high school teacher/aspiring poet and a housewife plagued with mental issues who was shuttled in and out of various institutions, Ginsberg candidly recalls how both parents shaped his worldview (there's also a lot of great observations on this period from Allen's brother and his aunt). The film also goes into absorbing detail on the coalescing of the Beat movement in New York City, a loose collective of restless, anti-conformist artists which also included William S. Burroughs, Jack Kerouac, Neal Cassady, and several others. It was also during this time that Ginsberg came out as a gay man (Kerouac was the first to know), something that informed his work as much, if not more, as the anti-consumerist, anti-phoniness philosophy of his fellow Beats.

Although it's neatly divided by decade, this documentary takes on an unfocused, hopscotching approach, relying heavily on archival footage (e.g. a '60s film of Ginsberg describing a mural of himself and his compadres painted a decade-plus earlier, or '80s footage of Ginsberg recalling his childhood). It can be disorienting, but the film really comes alive whenever Ginsberg is reading his own poetry. The jagged, abstract way he stacked words upon each other shares similarities with what jazz musicians of the time were creating with Beebop, with equally jarring effects. He reads a powerful excerpt from "Howl," along with two lesser-known but touching pieces Ginsberg wrote following the deaths of his parents. Strangely, the doc contains no mention Ginsberg's contentious 1957 obscenity trial over "Howl," which formed the basis for the story in the Franco film.

Best known as a poet, the documentary does decent work of proving that Ginsberg's influence went well beyond the literary world. There's a sojourn as a mover and shaker in San Francisco in the '50s, where he met his life partner, Peter Orlovsky. As the doc moves along into the '60s and onward, however, it becomes a lot less focused. Where his Beat brethren were falling apart, Ginsberg's stature grew in the the following decade. It's this period when he embraced Buddhism and befriended rock musicians like Bob Dylan and The Beatles, becoming something of a patron saint for the emerging hippie movement. That era is well encapsulated with Ginsberg's reluctant participation in the violent protests outside the 1968 Democratic Convention in Chicago, along with his weird talk show appearance opposite a condescending William F. Buckley, Jr. (there's also some excellent footage from a later sit-down with a decidedly more simpatico Dick Cavett). The film breezes through the '70s (nuke protest!) and '80s (a photo exhibit!) before settling down with a hastily assembled coda following Ginsberg's death in 1997.

Director Jerry Aronson labored long and hard on The Life and Times of Allen Ginsberg long before the final product was exhibited, and it shows. After working on the film for much of the '80s, he was able to secure financing from French investors and the documentary toured the festival circuit in 1993. Following Ginsberg's death four years later, the film received further revisions (it's this "Director's Cut" which is included on the DVD) and got broadcast on PBS as part of their American Masters series. Although enjoyable, the film ends up being fragmentary, staid, and a little too in awe of its subject to truly take off. Interview footage from Ginsberg confidants like Ken Kesey and Joan Baez were filmed in the early '80s, while the talks with Allen himself find him in various stages of age. His enthusiasm never falters, however, a side effect of being the lead participant in what was a truly extraordinary life. 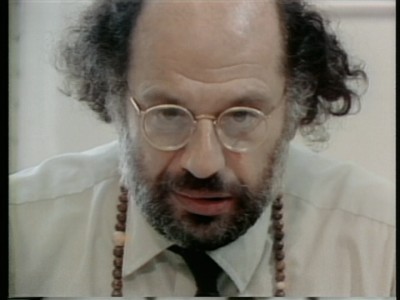 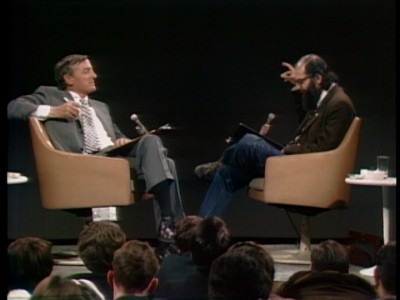 Docurama's 2013 edition of The Life and Times of Allen Ginsberg is a straight-up reissue of a 2007 two-DVD set (now out of print) released by New Yorker. Except for some updated graphics on the packaging and disc labels, this release duplicates everything from that '07 set (even the menu designs remain the same). Those who already own the earlier package don't need to double-dip here.

Visually this is basically what would be expected of an early '90s documentary made from limited means. The 4:3 image is pale and soft, heavily drawing from archival material of varying quality. While the flaws aren't anything that greatly damages the viewing experience, the source material shows its age and could have used some sprucing up.

The film sports an unassuming digital stereo mix with clear dialogue that doesn't particularly stand out in any way. As with the visuals, the source material has a bit of minor age and wear. No alternate audio or subtitles are included here.

Docurama's two-disc The Life and Times of Allen Ginsberg supplements director Jerry Aronson's 1997 portrait of the legendary Beat poet with hours of bonus material. The film may be dry and episodic when dealing with Ginsberg's post-'50s life, but it's an admiring survey of all the facets of this proud nonconformist's work and passions. If you're a fan of Ginsberg and the Beat writers, this comes recommended. 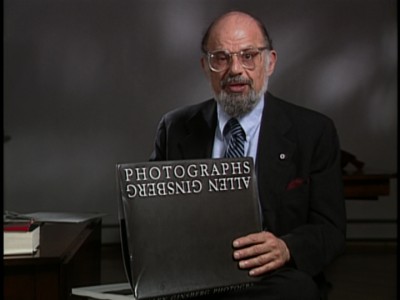 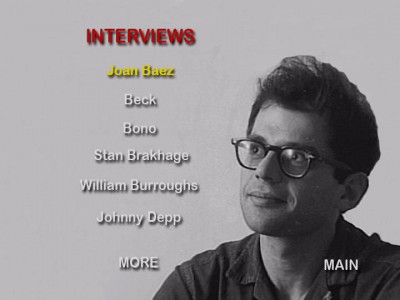