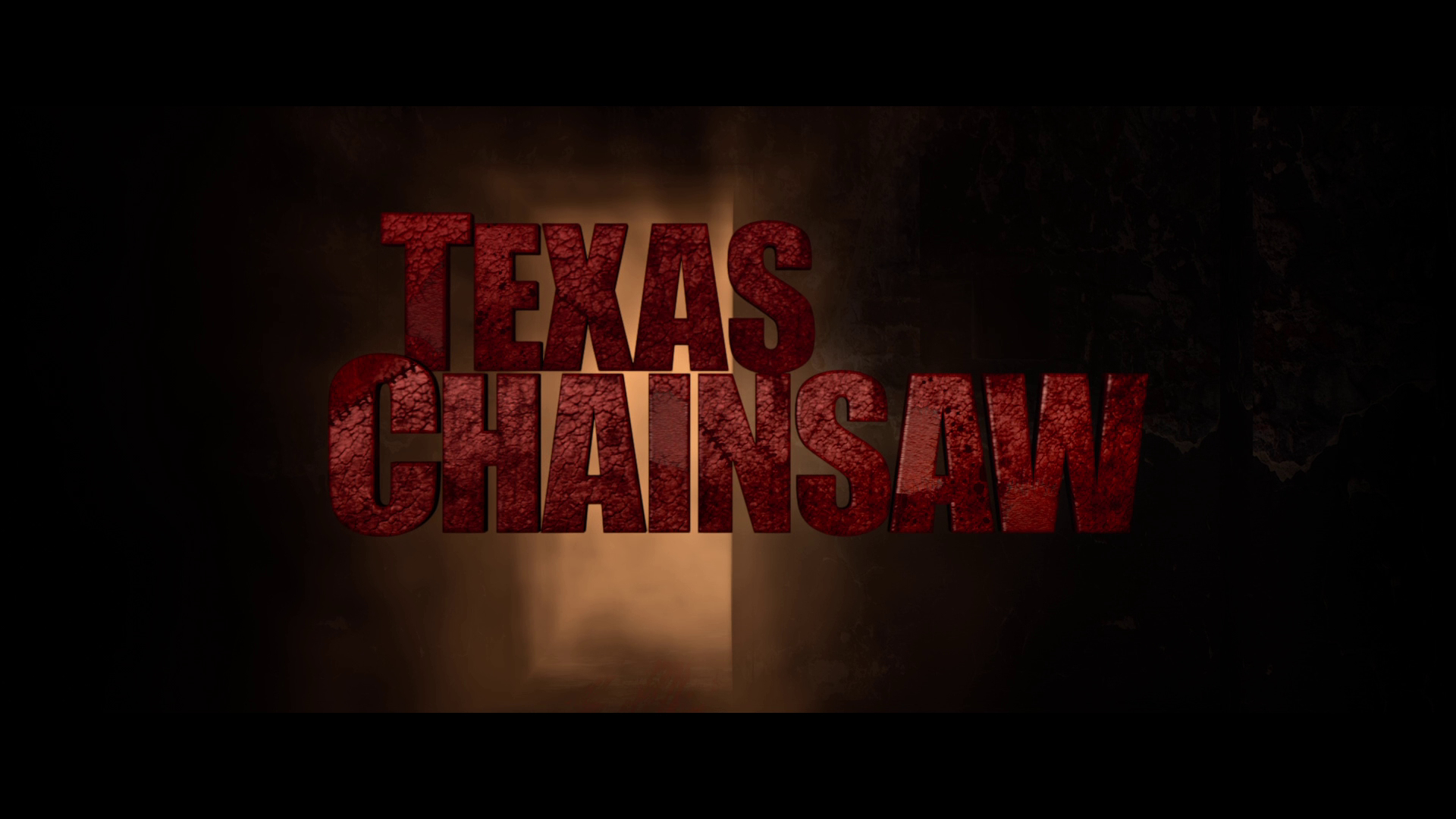 If you listen to the cast and crew of Texas Chainsaw 3D talk about making the film, it's clear the group set out to make something that respects the fans and legacy of Tobe Hooper's 1974 cult classic. Diehard fans sharpened their knives immediately upon hearing that Texas Chainsaw was to bill itself as a direct sequel to Hooper's film. Shot in native 3D, Texas Chainsaw opens with scenes from the original before shifting to new footage of law enforcement and a lynch mob descending upon the Sawyer clan's house of death to bring Leatherface to justice. This promising opening is quickly forgotten when Texas Chainsaw backslides into typical horror cliches like terrible acting; annoying, chainsaw-bait supporting characters; and a narrative that gets downright stupid by its conclusion. I have no problem with Texas Chainsaw making Leatherface an antihero of sorts. It turns out he's the real victim in this well-intentioned but ultimately laughable film.

After some of the fine citizens of Newt, Texas, burn the Sawyer family's home to the ground, killing everyone except a baby, the town tries to move forward and forget the horrors Leatherface inflicted upon the group of young travelers in the original film. The baby is adopted, and Texas Chainsaw shifts forward in time to find twenty-something student Heather Miller (Alexandra Daddario) receiving notice that her previously unknown grandmother - part of the Sawyer family - has devised her entire estate to Heather. [Mind you not that Heather should be something like 40 years old in 2013; the filmmakers acknowledge this in interviews and do not care/hope you don't notice.] Heather wrangles her boyfriend Ryan (Trey Songz) and buddies Nikki (Tania Raymonde) and Kenny (Keram Malicki-Sanchez) to check out the property, and the friends travel to Texas to see the riches Heather now owns. They pick up a hitchhiker (Shaun Sipos) along the way, and decide to spend the night in Heather's new mansion. As expected, an old family member comes up from the cellar to visit. 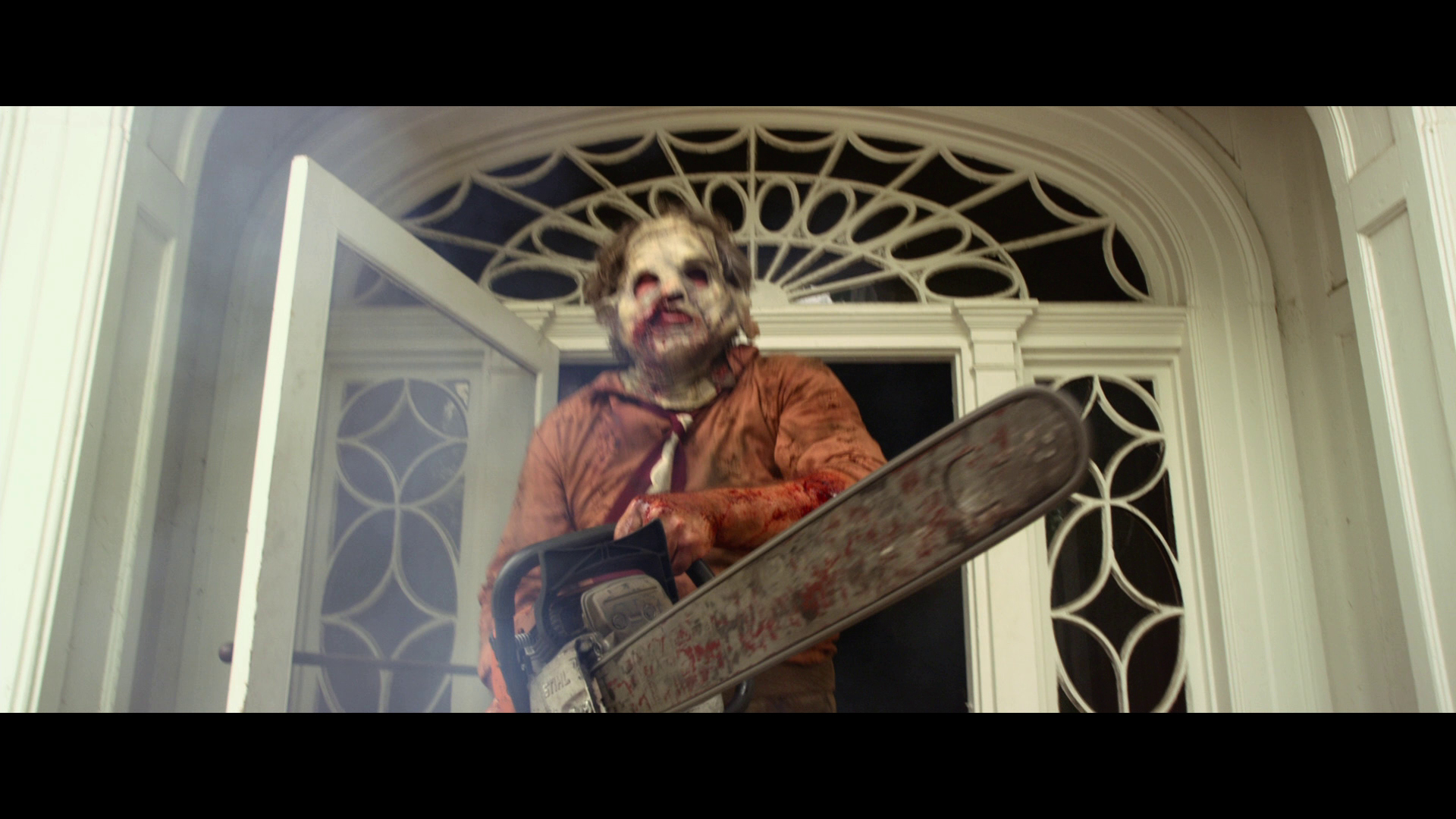 Hooper's original film holds up brilliantly as horror that stuns more by suggestion than with on-screen gore. Texas Chainsaw takes the opposite approach by adding modern effects and explicit, in-frame carnage into the mix when Leatherface fires up his chainsaw. This yields mixed results, and the film is too violent to be considered psychological horror. The body count is also too low for Texas Chainsaw to satisfy gorehounds. The kills are pretty unimaginative, and Texas Chainsaw gives horror fans little they haven't seen a thousand times before. It's one thing to make a quasi-sequel to The Texas Chainsaw Massacre out of love and devotion, but it's something entirely different to do so effectively. The filmmakers clearly love Hooper's film, but they still made a stupid sequel.

Much of the problem lies in the way Texas Chainsaw develops the Heather/Leatherface dynamic. Being family and all, Heather and Leatherface eventually meet face-to-face and form an uneasy bond. The film's takeaway message is that Leatherface is the victim of the town's prejudice and vigilante justice, and family should always protect family, even when he has killed a bunch of people. No one ever moves out of Newt, so the town's vigilante assholes, including the mayor (Paul Rae), reconvene to finish off Leatherface despite the sheriff's (Thom Barry) plea to let the justice system handle the masked killer. This is the point when Texas Chainsaw goes to hell. I'm cool with Leatherface becoming the anti-hero, but did the filmmakers have to make Heather go from rational and frightened to batshit crazy without so much as warning the audience? By the time Heather begins enabling her naughty cousin, Texas Chainsaw has become a howler. 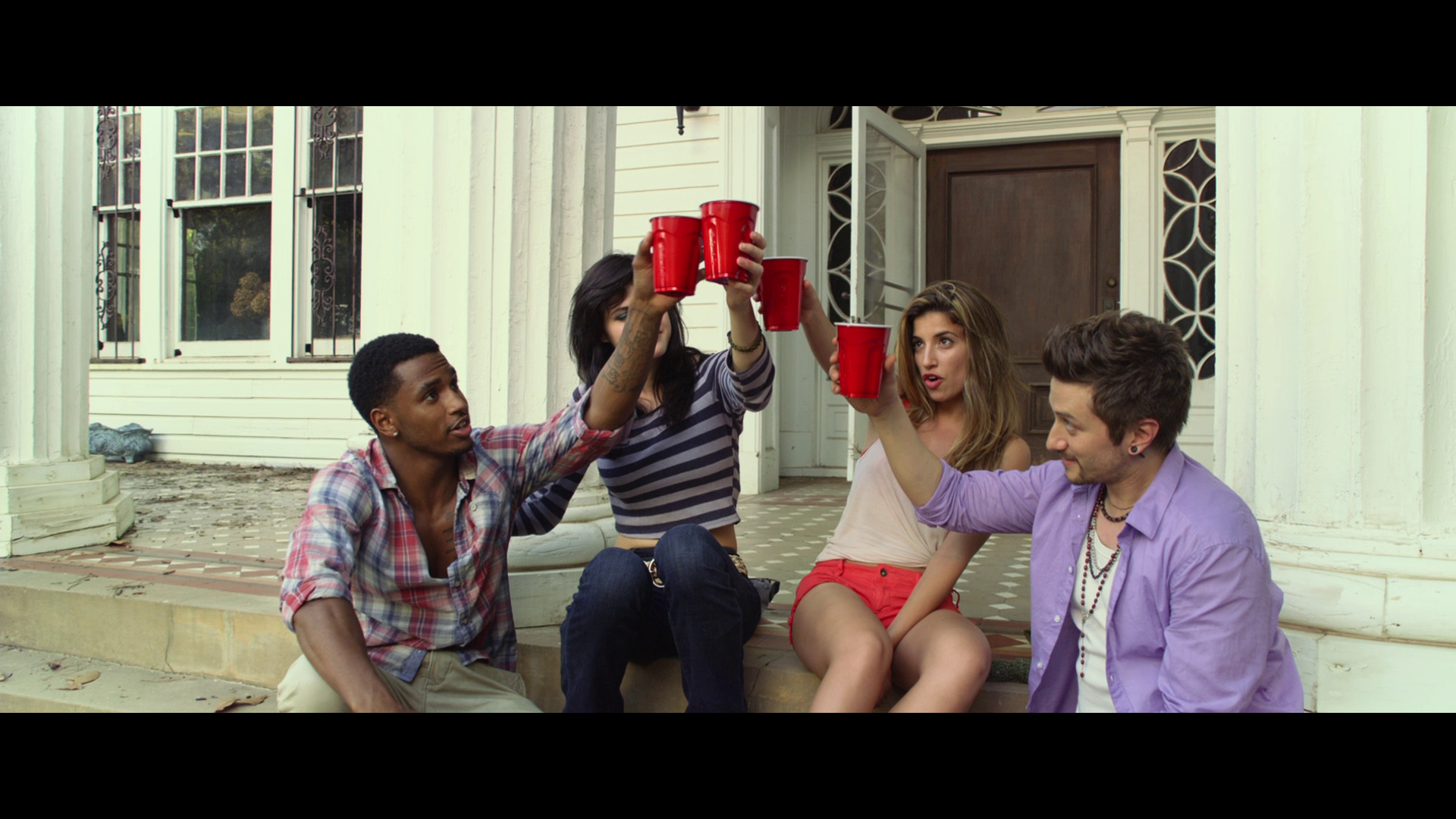 I know it sounds like I hated Texas Chainsaw, but the first half isn't so bad. The production design and cinematography are surprisingly good, and the 3D is used to decent effect. The acting certainly isn't great, though Dan Yeager is a fine Leatherface and Scott Eastwood, son of Clint, stops by as local deputy. There are also a number of cameos from the stars of Hooper's film, including Marilyn Burns and Gunnar Hansen. A couple of moments of suspense and some nifty in-camera effects are a welcome treat, but Texas Chainsaw ends up a disappointingly pedestrian effort despite the filmmakers' best intentions. I hate to penalize Director John Luessenhop and company for trying, but when you tie yourself so intimately to a classic you best bring your A-game.

The Blu-ray features both 3D and 2D transfers on one disc. The 2.40:1/1080p/MVC-encoded 3D image is impressive, with excellent detail and clarity throughout. The film was shot digitally and is a far cry from the gritty original. Facial details are readily apparent in close-ups, and wide shots stretch far beyond the camera's mount. Black levels are excellent and colors are perfectly saturated. The 3D image is subtler than I expected - in a good way. There is some nice spatial depth to the transfer, and the filmmakers make good use of the 3D effect to differentiate between backgrounds and foregrounds. Take the shot where Heather stands in the cemetery and notice the contrast between her figure and the gravestones. I also enjoyed the 3D perspective zoom when Heather first encounters Leatherface; it's an interesting shot. I noticed no ghosting or floating objects, likely thanks to the 3D source, and the filmmakers even provide a few "in your face" shots to remind viewers that 3D can be cheesy and unnecessary if you put your mind to it. The 2D 2.40:1/1080p/AVC-encoded transfer is similarly impressive, and looks only slightly brighter than the 3D image. Despite having two transfers on one disc I noticed no compression artifacts.

The main 7.1 DTS-HD Master Audio mix is certainly aggressive, and you will feel the power of Leatherface's chainsaw bearing down upon you as the LFE and surround speakers shake your living room. Dialogue is probably too clear and well balanced, and the score and Trey Songz soundtrack is weighty and given appropriate bass response. Ambient and action effects immerse the viewer, and the track does a great job of using every single speaker to heighten the mood. Lionsgate has again provided a rocking mix with wonderful clarity and range. Alternate mixes include an English 2.0 Dolby Digital mix that is "mastered for late-night listening" and a Spanish 5.1 Dolby Digital track. English, English SDH and Spanish subtitles are available. 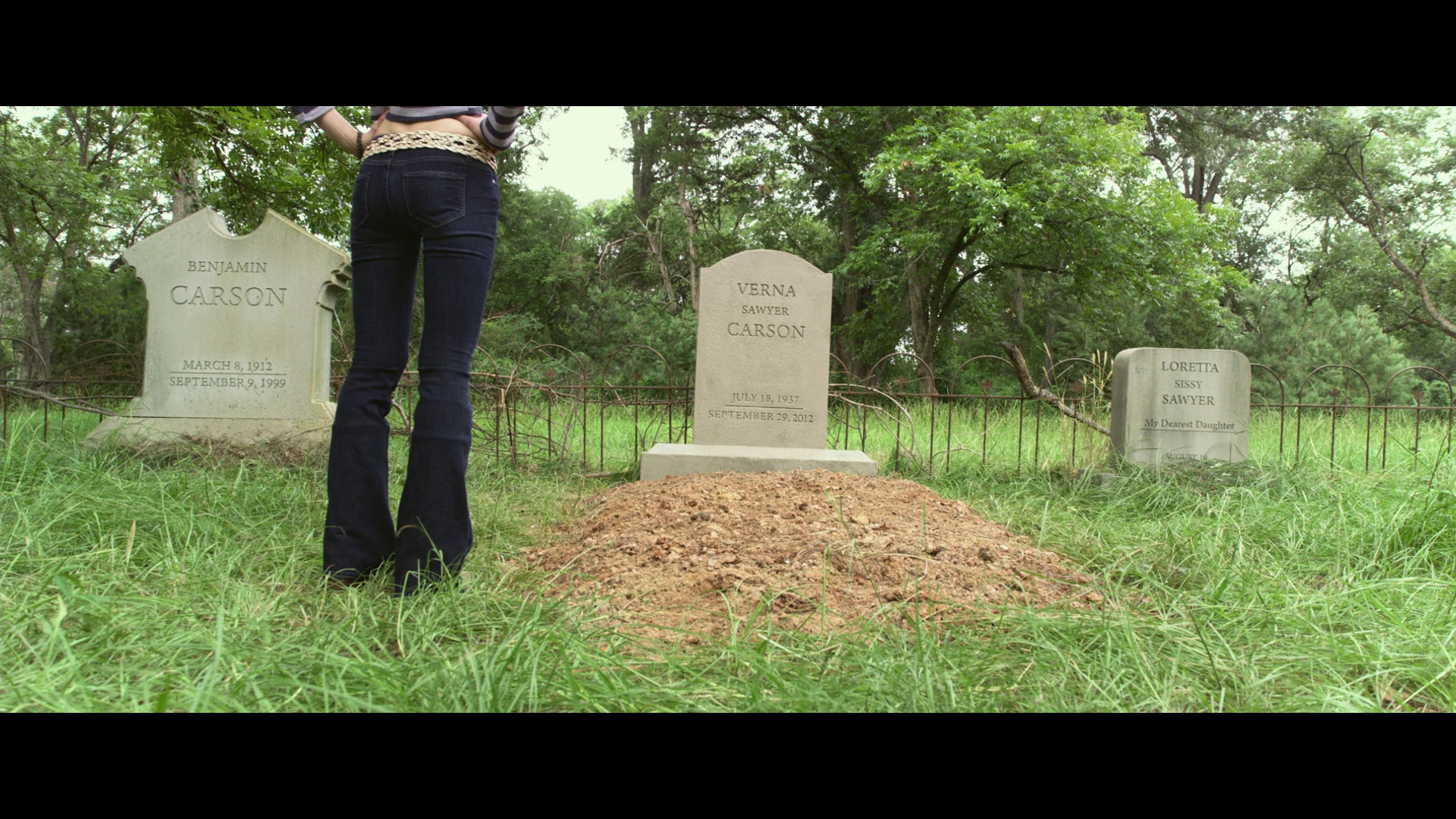 The film is not great, but Lionsgate pulls out all the stops for this Blu-ray release. The single-disc release is packed inside a standard Blu-ray case, which is wrapped in a slick lenticular slipcover. The image of Leatherface holding his chainsaw is one of the most striking uses of the lenticular image shifting I've seen in some time. Lionsgate also includes both iTunes-compatible and UltraViolet digital copies. Extras are extensive:

The minds behind Texas Chainsaw 3D clearly love Tobe Hooper's original 1974 horror classic, but set themselves up for failure by creating a lackluster "true sequel" to that film. Texas Chainsaw positions Leatherface as an anti-hero but devolves into a laughable parody of the effective original. The scares, story and acting all come up short, and Texas Chainsaw becomes another shoddy sequel in a franchise that has seen its share of bad sequels. Lionsgate's Blu-ray, with 3D and 2D transfers, looks and sounds great, and is packed with some excellent bonus content. "Do your thing, cuz!" Rent It. 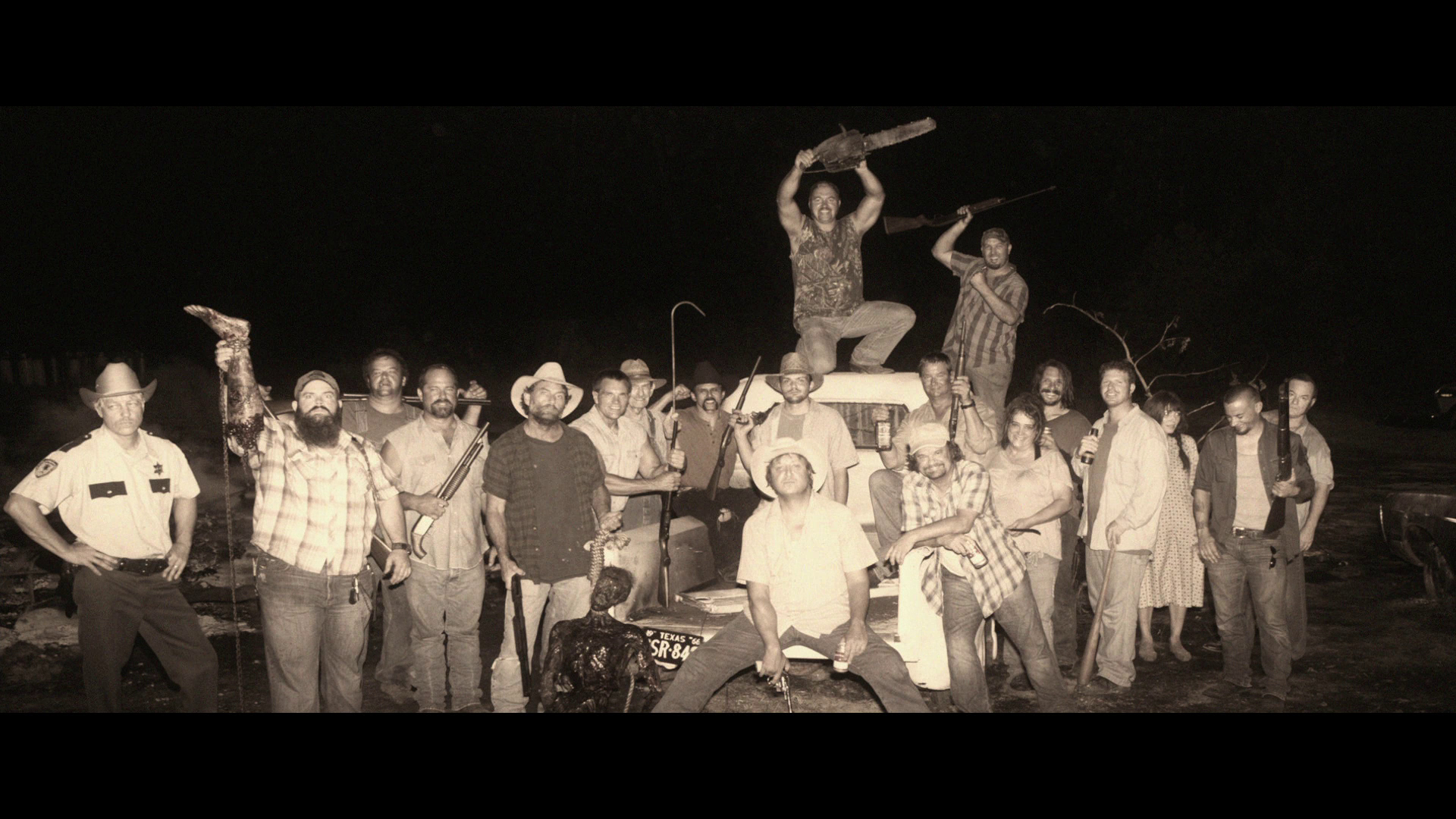 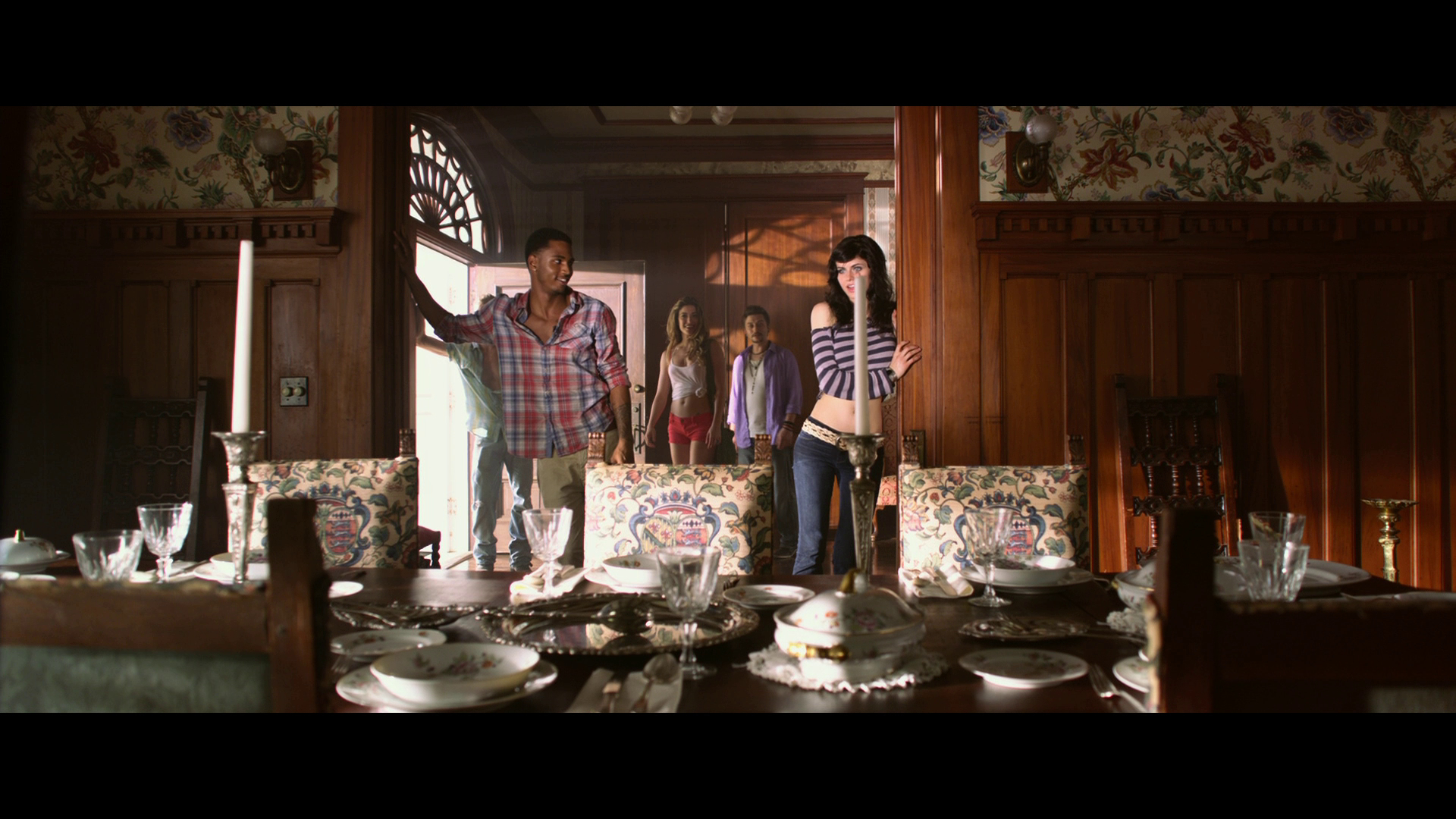 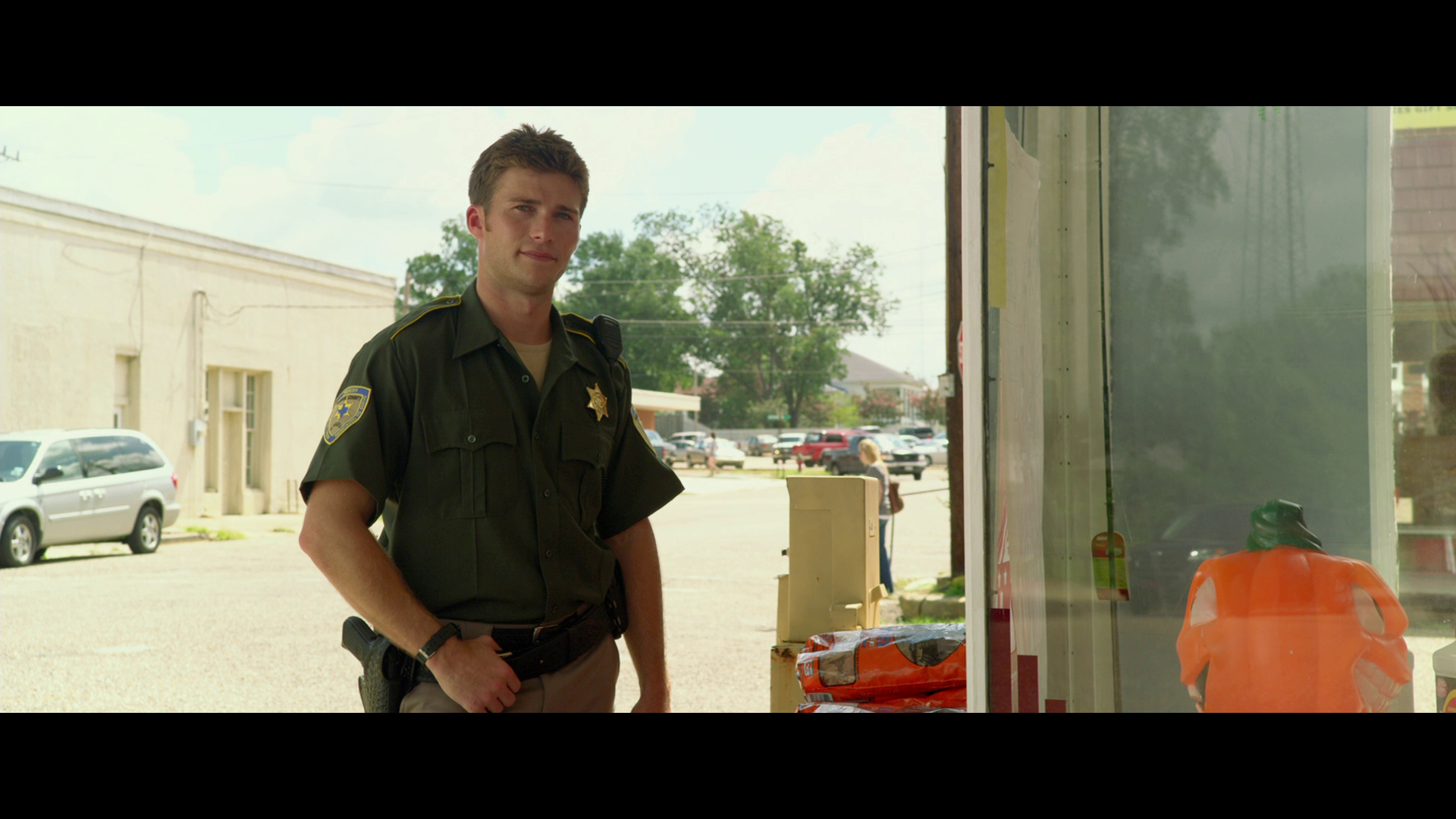 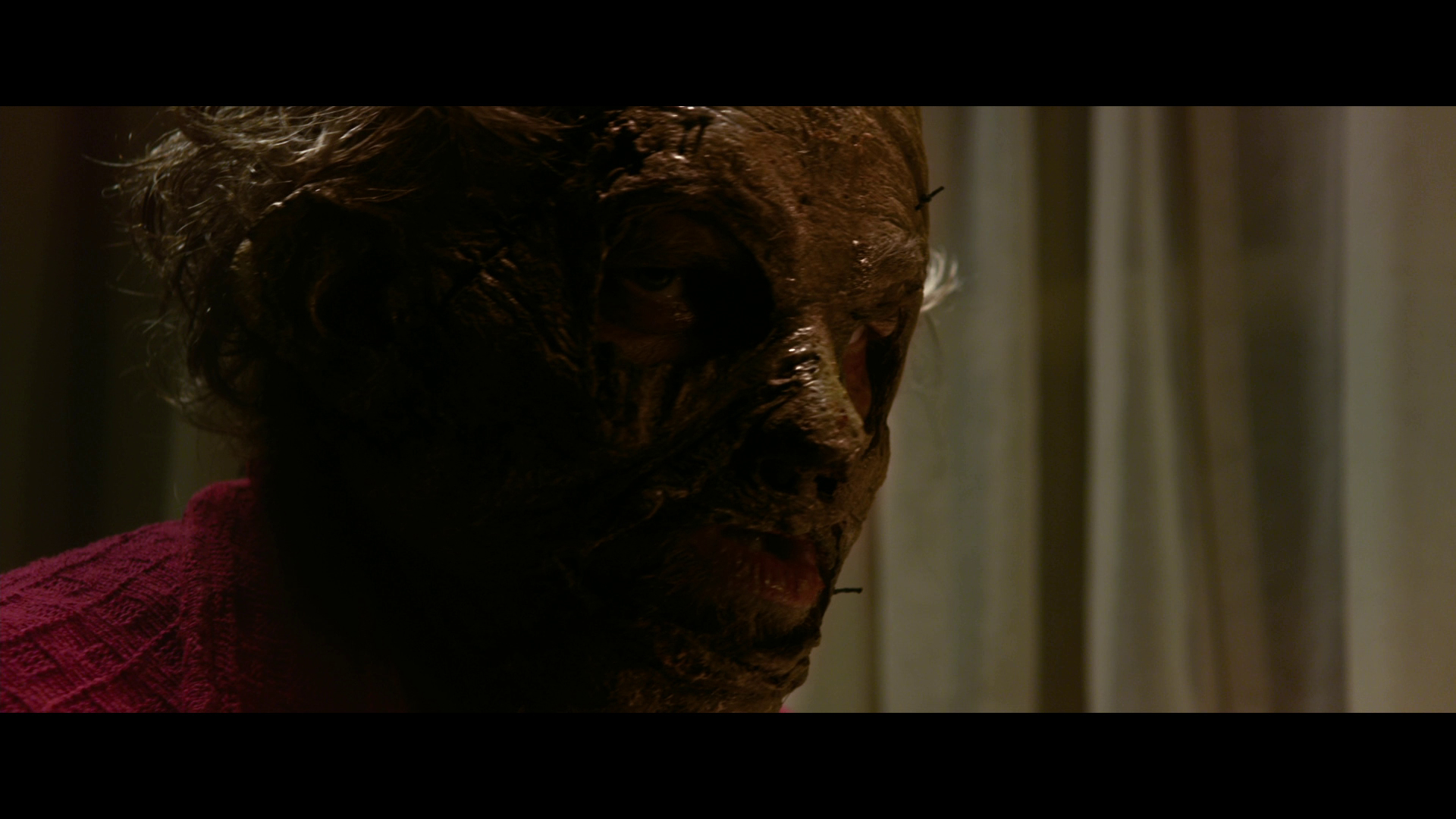 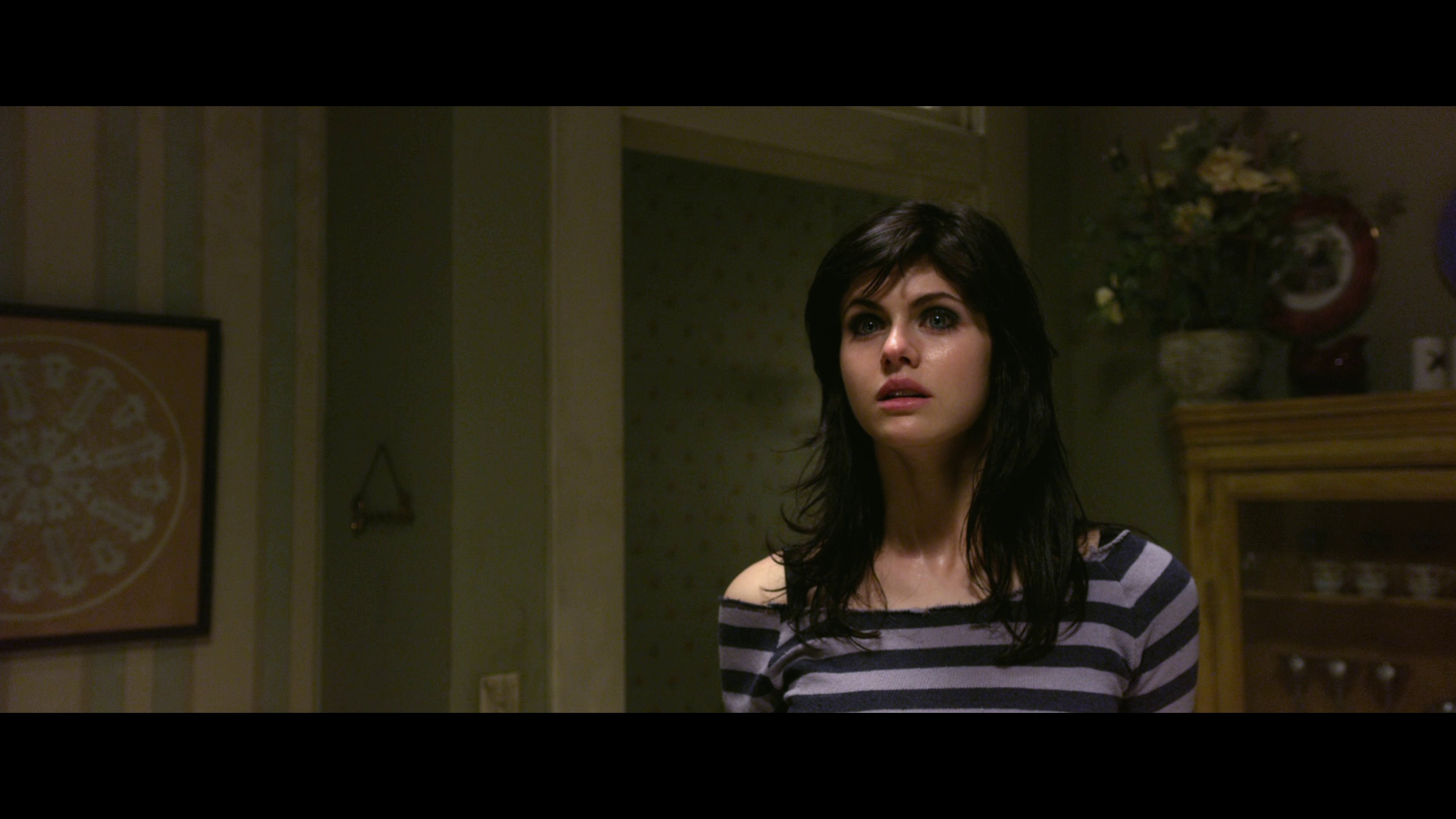 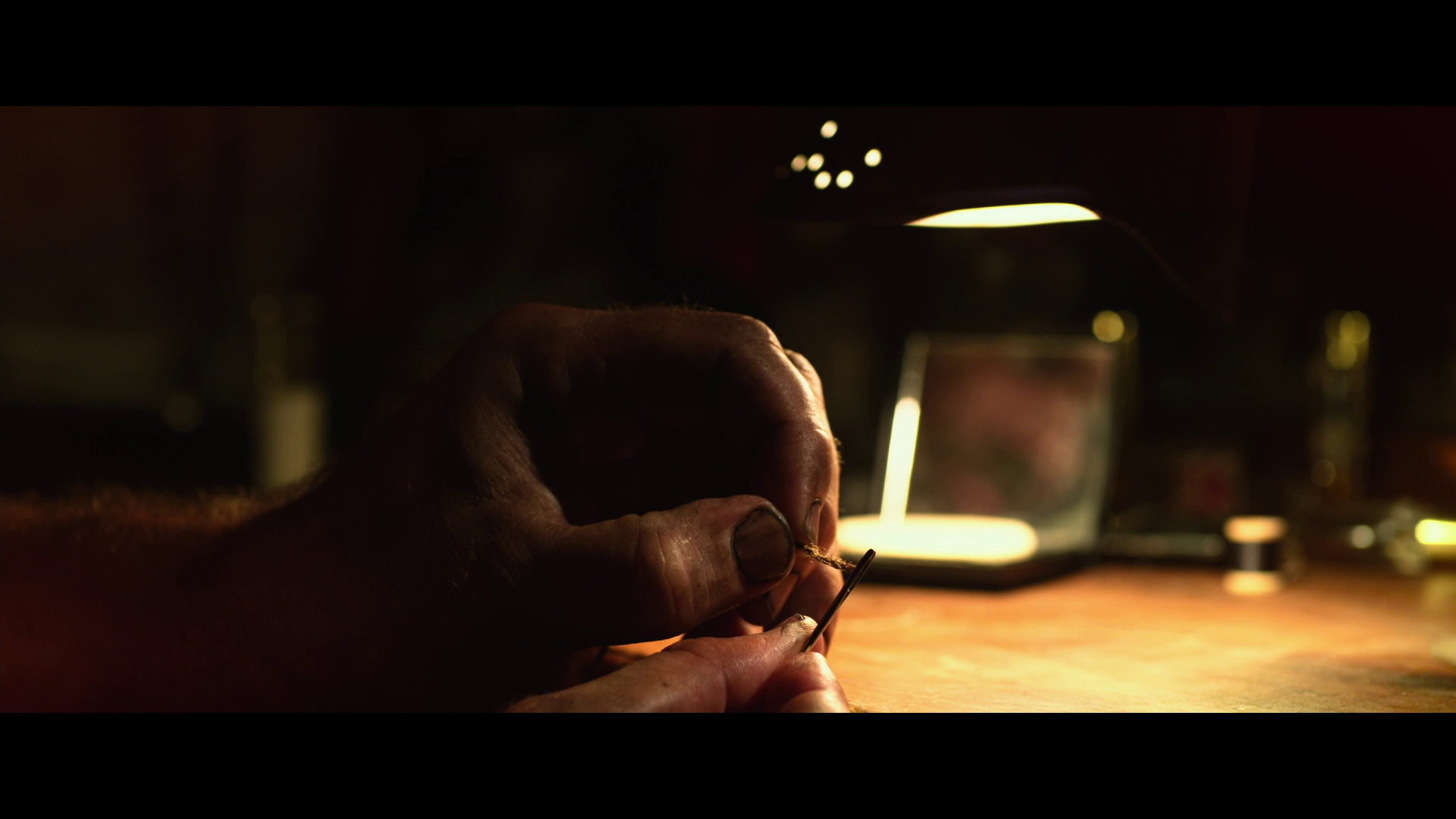 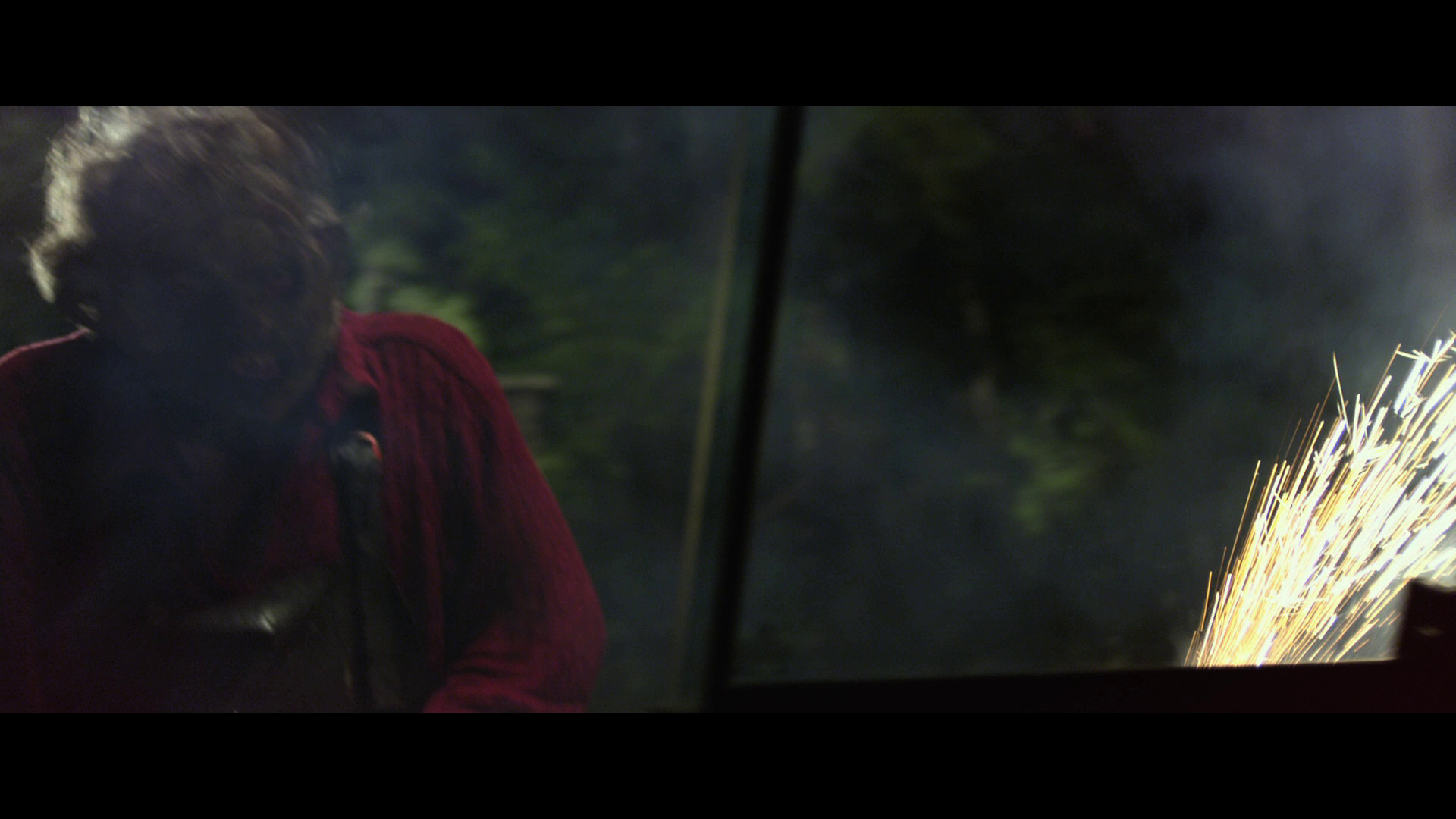 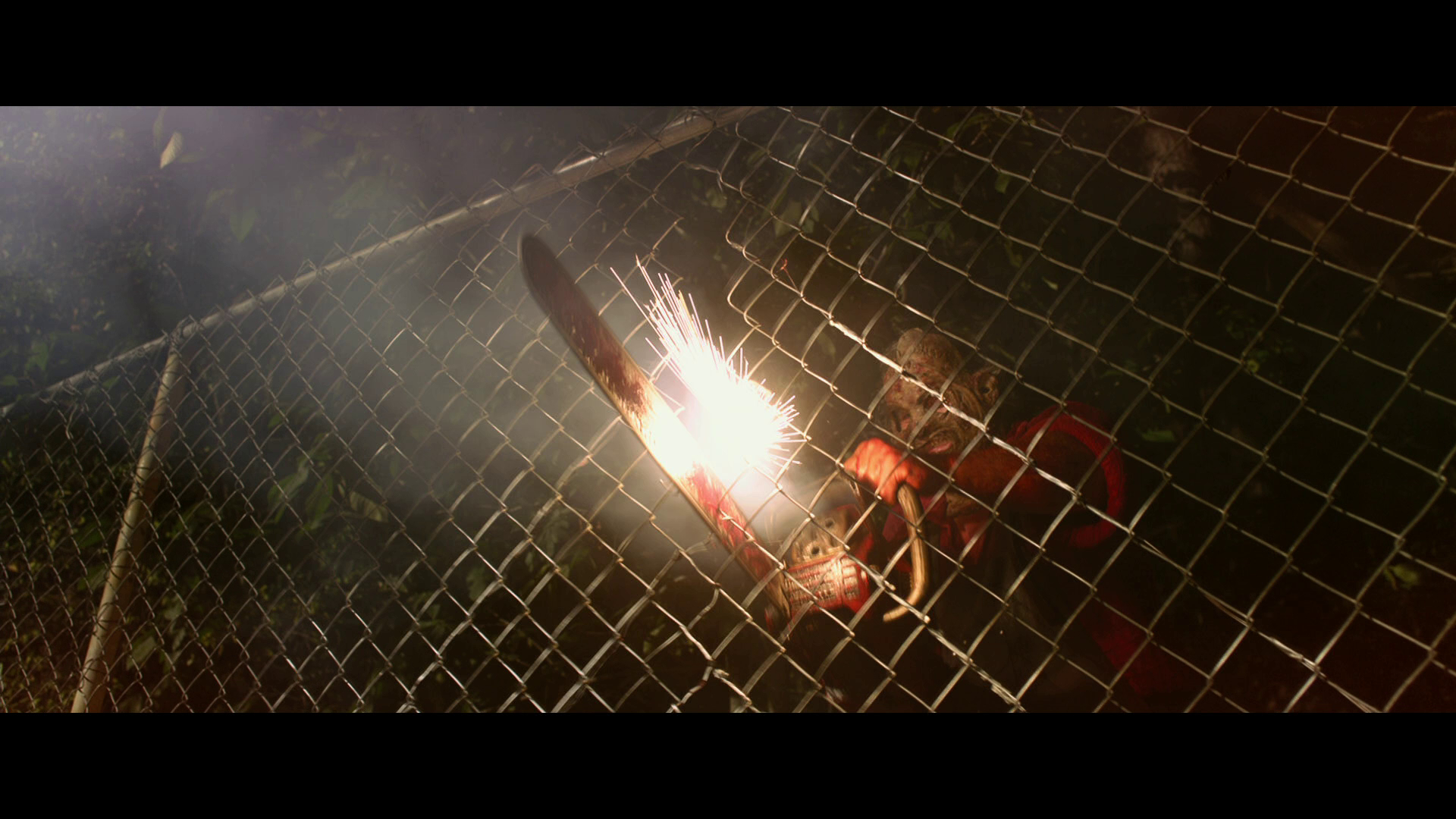 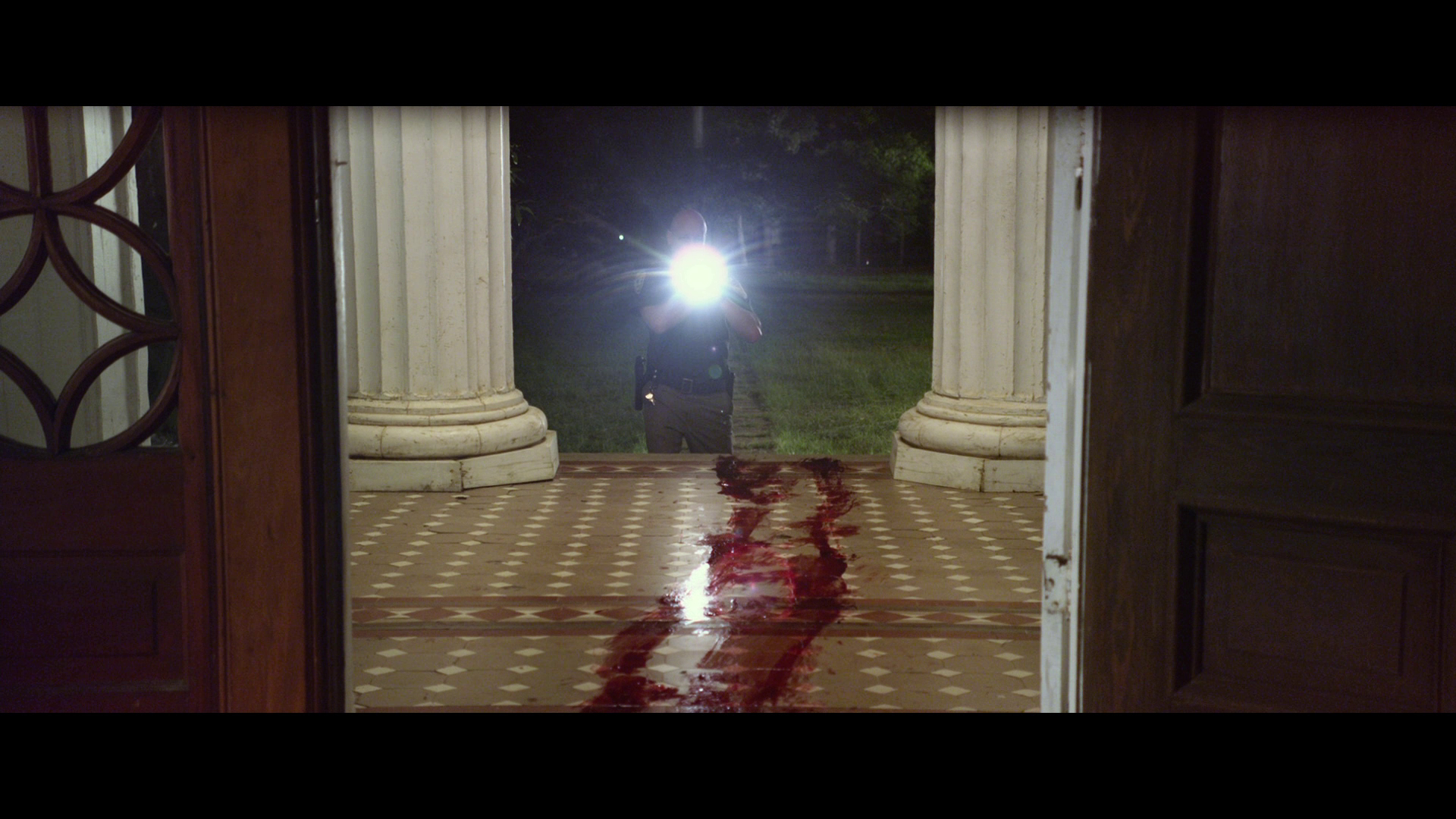 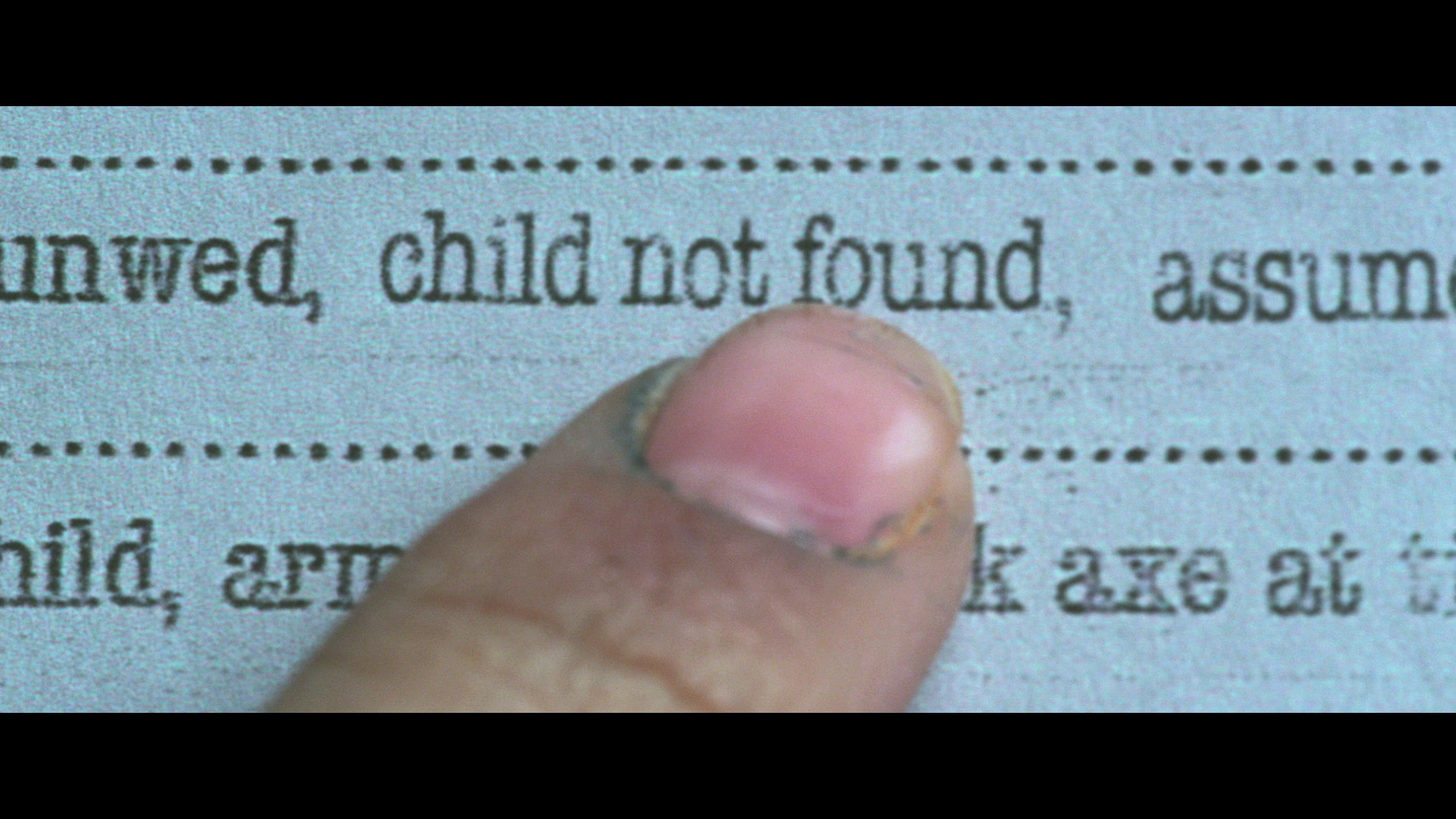 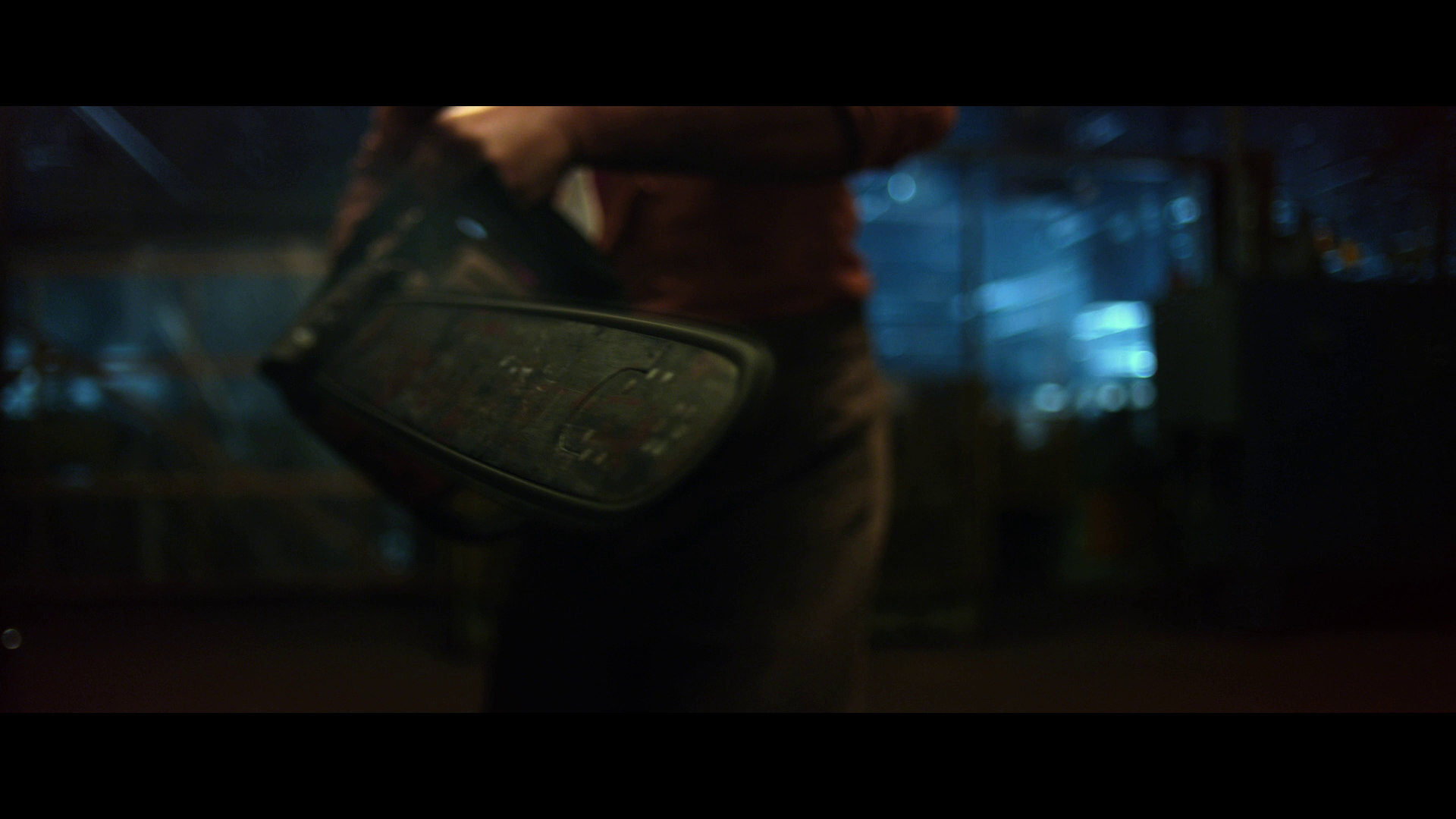 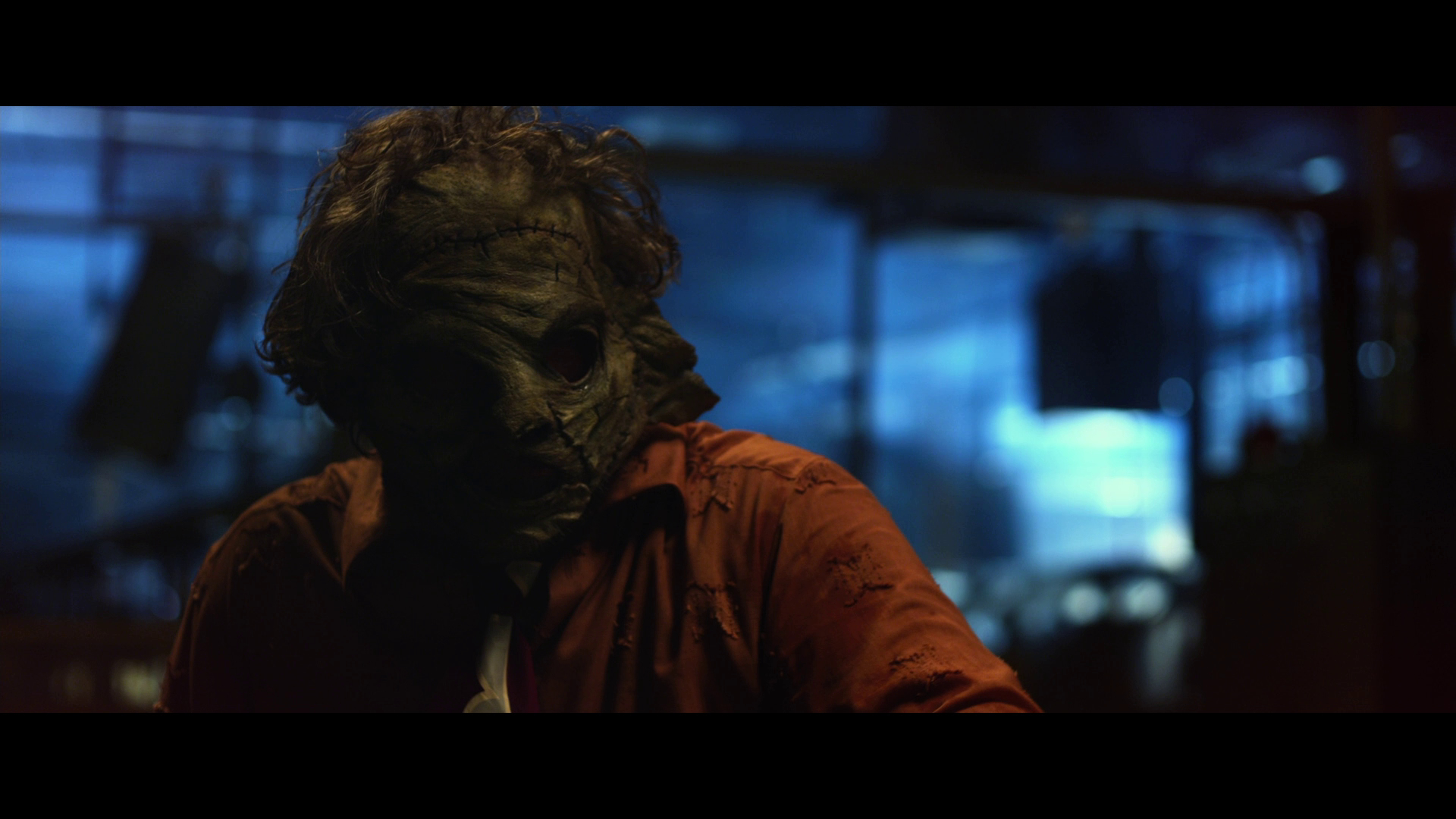