Lupin the 3rd: Green Vs Red 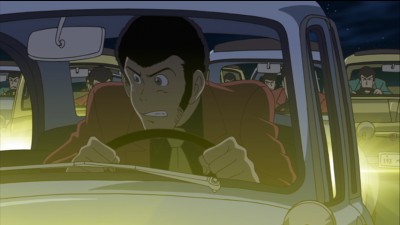 Lupin the Third: Green Versus Red is an unusual entry in the long-running Lupin franchise.  The film continues in the tradition of other Lupin entries in being a film involving the world-famous Lupin, who is considered a master thief with style that sets him apart from the rest. Of course, Lupin doesn't really steel for money, but as a "art" as he deals with messing with royalty that over-extends their riches and he stops dastardly plans from evil-doers all the time. But he has disappeared from the world within the frame-work of this Green Versus Red storyline and it becomes apparent that he's being imitated by countless criminals across the entire globe. As everything begins to unfold, the question is: Who is the "real" Lupin and can everyone stop imitating him? So to speak.

The title of this OVA is mainly used as a reference to the fact that there have been different "incarnations" of Lupin within the series and films over the years. One version of the Lupin character is known to wear a green jacket while the other wears a red one. In this storyline, countless "Lupin" characters appear in both green and red jackets. There were distinct and notable differences between the two incarnations of the character. This special film plays abundantly with that concept, even if it doesn't fully know what to do with the characters.

The green jacket Lupin (which heralded from famed filmmaker Hayao Miyazaki, who directed several of the best episodes in the first two seasons and the feature-length masterpiece know as The Castle of Cagliostro) was a free-spirited, chivalrous, charming, and smart player (if also a troublemaker).  The Miyazaki "green-jacket" Lupin was lovable and charming in spades.

The red jacket Lupin, which appeared in the anime following the departure of Miyazaki's involvement with the series and films, was a bit more intense as a character at times, and definitely not as lovable or enjoyable for a true "Green Jacket" Lupin fan, such as myself. Although I suppose it's open to debate amongst die-hard Lupin fans, I have always found preference for the Green Jacket Lupin. However, both incarnations have their moments to creatively shine. 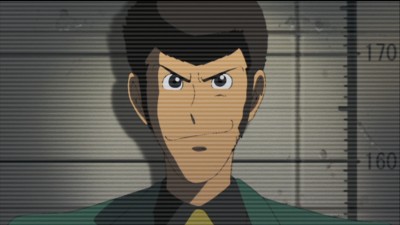 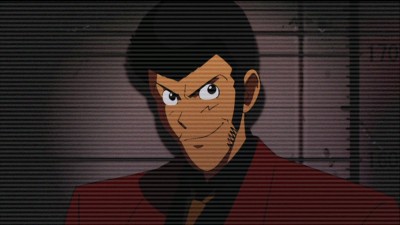 This special was created as part of a celebration of the 40th Anniversary of the Lupin character. It was produced as a special OVA release. The reaction from fans in Japan and in the United States has been mixed. This is in part because the storyline is told in a convoluted manner. It seems to also focus more on telling it's story through a dramatic and pseudo-philosophical or metaphorical manner. This sets it apart from most Lupin stories, which tend to be filled with comedy, action, and adventure. While it's nice to see an experimental Lupin film, the results were as mixed as the responses to the film would seem to indicate: you won't find a classic masterpiece or grand Lupin adventure in Green Versus Red.

One of the things that impressed me the most about the special was the way in which it set out to honor the series and the character with many nods to previous incarnations. As such, it throws in many (and I do mean MANY) references that only serious fans of Lupin will ever notice. These references range from the types of vehicles driven to art-work handing on the walls within the buildings in the OVA, to the music used, and key-references spoken or otherwise hinted at. It truly amaze me to see such an abundance of love thrown towards the Lupin character and the various incarnations. If you are a serious Lupin fan, this is easily the best thing about Green Versus Red, which works more as a 40th Anniversary Special honoring the series than as a standalone story.

Directed by Shigeyuki Miya, the film has an abundance of style that keeps things visually interesting. There are some neat sequences where the animation style and direction seem perfectly in synch. There is even a sequence with black and white sketch-style animation, demonstrating with precision how a standout sequence can benefit a film creatively. The character-based approach was unique and really quite splendid. 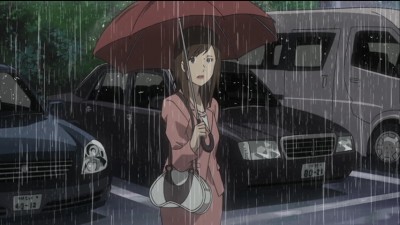 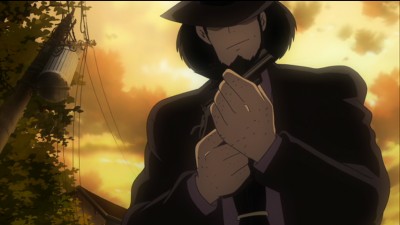 Unfortunately, the script contributed from Toshimichi Ookawa was a convoluted mess. I'm not quite sure about it: something was off in the writing. It wasn't ever a bore and there were some neat ideas to creatively keep it interesting, but I found the film rather confusing. I'm not sure what was going on throughout much of the film. Seriously, what was the plot about? There's some sub-plot about a device that is referred to as the Ice Cube and there are sequences in the film that made no sense.

There are many scenes that seem to be randomly pieced together through the poor writing. While seeing the characters from the Lupin franchise was fun, and I like the dramatic character-based approach that seemed to mostly be contributed by the director, the writing was weak on this special. I mean,  I'm still not sure about the approach to having so many "Lupin" characters within one special. It made me have a headache just thinking about it.

So much potential existed for this 40th anniversary OVA special, but Green Versus Red isn't successful in reaching its lofty goals. Despite solid direction, countless smart and altogether lovable references to the previous Lupin incarnations, when it came time for this OVA to be original with its own plotline and story it falls flat.

Green Versus Red is a convoluted mess that neither the writer nor director can manage to make into a successful film. Yet I didn't mind the trip all that much as there's an abundance to like in this beautifully animated and ambitious Lupin special, even when it falters. The OVA tries to succeed in a lot of areas even if it can't muster up enough uniqueness to reach it's finish line. Lupin fans will want to take the journey at least once, even if only for some nice reminiscing about better specials and most especially the magic Miyazaki once brought to the franchise. 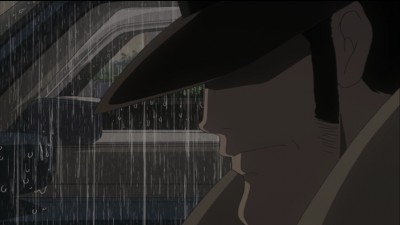 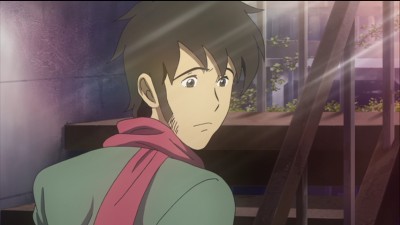 The 1.78:1 anamorphic widescreen transfer isn't a total stunner, but it does a decent job of presenting the lush animation with a clean, modern look that benefits the art. The bit-rates reasonably demonstrate the OVA with a nice encoding and the colors look as good as can reasonably be expected. Fans won't be disappointed by the moderately good transfer.

The 2.0 Dolby Digital Japanese language audio isn't much to write-home about as it 's a fairly flat and uninvolving sound mix. The clarity and depth isn't too great, either. It certainly does present the dialogue with reasonable resolution and the music occasionally adds to the 2.0 presentation, but don't expect much from this fairly standard audio presentation and mix.

The main extra on this release is the excellent liner notes written and compiled by Reed Nelson of LupintheThird.com. These notes are a great resource of knowledge from an intelligent and  resourceful writer who is an expert on all things Lupin.

The Treasure of the Flame song lyrics are also included. 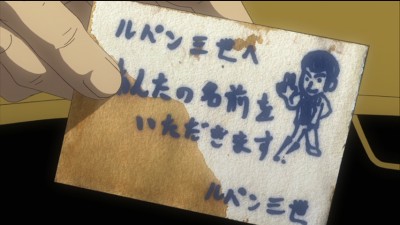 Lupin the Third: Green Versus Red isn't perfect. In fact, it's pretty far from perfection with its convoluted mess of a storyline and it's "too-many-Lupin's-to-count" approach. Yet it's a creatively ambitious project with a lot of love for the Lupin series and fans will want to experience it's tribute despite many shortcomings. It's not a OVA worth revisiting, but a seriously diehard fan should consider this a reasonable title to check out at least once. It definitely deserves some moderate consideration.