When you're arguably the funniest woman on television and you are winding down from your gig as the star of a long-running show, one would thing you would want to take some time off. Or perhaps in the case of one such person you want to start dipping more of your foot into the cinematic swimming pool. Occasionally, those decisions come with mixed results, so let's dive into the pool called Admission and see what comes of things?

Karen Croner (One True Thing) adapted the novel into a screenplay that Paul Weitz (Little Fockers) directed. Portia Nathan (Tina Fey, 30 Rock) is a popular person, as she is one of the admissions officers at Princeton. Everyone who visits the school as a prospective student wants to know the secret of getting in, though she says repeatedly there are no secrets. She is in a stable relationship and her personal and professional lives are in good, comfortable standing. She tours private schools around the Northeast to tell kids about Princeton and also to scout for possible candidates, when on a random trip, she meets John Pressman (Paul Rudd, The Is 40), who is the head of one of these schools. John has a revelation for Portia that threatens to turn her oh so stable world upside down. 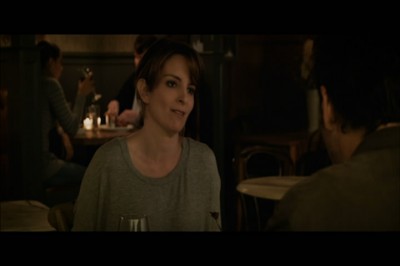 When one sees above the title names like Fey and Rudd, one would expect some form of quirky or eccentric humor to be associated with the story. And perhaps the film was even marketed as such (honestly, I do not remember). But there is little denying from the opening scenes of Admission that the first act is just dour and tough to sit through. Not from any violence standpoint, just that the people save for John come off as quiet or just having an underlying sadness about them that makes you wonder why they do not get outside more, do some push-ups, or generally lighten up. That I found the most interesting thing in the first act to be an African child that John adopted to be an eight-year old dead ringer for Don Cheadle should say what there was (if anything) about the first 25 minutes of the movie.

Once you clear that formidable hurdle, the second and third actsâ€¦are slightly less bad? There are moments that Fey and Rudd have chemistry that could be described as Hepburn and Tracy-ish, though those glimpses are fleeting, while the existing material's storytelling dynamic tamps it down quickly. Fey's overall character development over the course of Admission is fairly paint by numbers, but as far as how she plays Portia, Fey tends to flirt with more experimentation with the character, making for a couple more moments of interest when she shows emotion. Once you dismiss the expectation of seeing goofy, kind of slap-sticky Liz Lemon out of your mind, her performance is actually not bad.

Opposite Fey, Rudd's performance is fine, though perfectly average in letting Fey do the emotional heavy lifting. The supporting cast does their own solid work to round out the ensemble, with notable mention to Lily Tomlin for playing Portia's ultra-feminist mother, who also throws in her own moment of earnest emotion to her daughter. Tomlin continues to be awesome and this role does not change things. Such is the case with a story that does little for you to invest in main characters, the supporting cast, polished as they may be individually, translates to wasted resources. 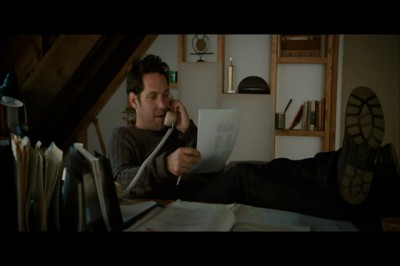 I do not think Tina Fey is going to be thrown into the category of "TV stars who could not cut it in mainstream movies" because she has held her own in previous films. If she is attempting to broaden her range for additional films then perhaps I can understand why she would tackle something like Admission. But I think if the stars intimate that they were intrigued with the story and started to witness the execution of it, they would not be as infatuated with it as they first were, sharing feelings with anyone who watches it for that matter.


The AVC encode Universal brings to Admission and its 2.40:1 presentation is without substantial complaint. Film grain is present during viewing and image detail is average, both in the foreground and background. Black levels in darker sequences are consistent and provide decent contrast, and shadow delineation is not bad in the relevant moments. Colors and flesh tones are replicated accurately and do not suffer from saturation problems, and the lasting impression I am left with when watching Admission is one of meets, but not overly exceeds expectations.


The film's DTS-HD Master Audio 5.1 lossless surround track does what is asked of it, with a wrinkle here and there during the experience. Dialogue sounds good as one would expect and the overall soundtrack gets some work with directional effects in the slightly more active sequences. In other scenes like when Portia goes to a party, or in the end when she is evaluating candidates with the other admissions officers, the subwoofer manages to engage and provide some low end bang for the sonic buck.


Something called "Early Admission with Tina Fey & Paul Rudd," which amounts to little more than an electronic press kit where the cast and crew talk about working with one another and the thoughts on the script. There is also a standard definition disc (the source for the pictures) and digital copy for iTunes and Ultraviolet users to do what they wish with.


Admission is intriguing for the change-up pitch you get when watching Tina Fey, and Paul Rudd is especially charming opposite her, but they do little to uplift a dreary and ultimately unfulfilling story. With an equally bland disc package to deliver to the viewer, the decent audio and video is hardly justification to purchase for even the hardest core a fan of either star. It is better as a rental on a summer evening.