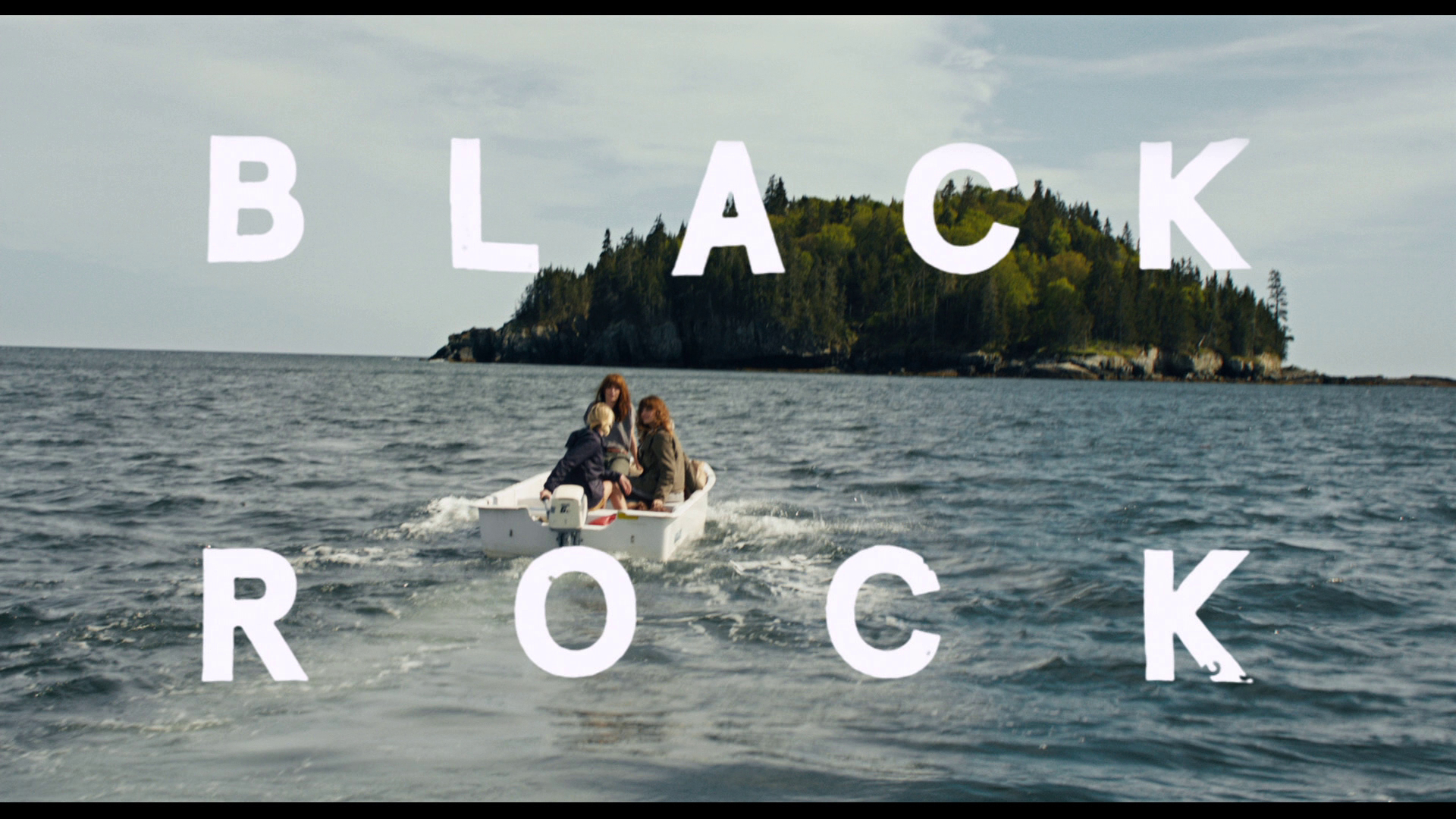 I can give Black Rock credit for having a lot more to say than most horror films and survival thrillers. When three estranged women travel to the island where they camped as children, it appears the remote location may foster some healing between the three friends. An unexpected encounter with a trio of hunters soon turns violent, and the women must fight to survive the night. Black Rock stars Kate Bosworth, Lake Bell and Katie Aselton, who also directs, and is written by Mark Duplass. The film opens with scenes of natural, witty banter between the ladies, and Black Rock has no trouble selling the illusion that these actresses have a long history with one another. When things turn sour, Aselton's film speaks to Post-Traumatic Stress Disorder for members of the U.S. military and to a woman's right to refuse advances at any stage of a sexual encounter. The film's views are well grounded but its characters begin to unravel badly and make a string of bad decisions. This undermines the film's own message that its heroines are as capable as their male antagonists of escaping a bad situation with reason and ingenuity.

Sarah (Bosworth) brings longtime friends Lou (Bell) and Abby (Aselton) together for a camping weekend. The tension is palpable, as Abby has not yet forgiven Lou for sleeping with her boyfriend several years prior. The feuding former friends are poised to decline Sarah's request to accompany her to the island but Sarah's quick (and questionable) thinking results in the trio all taking the trip together. Once there, the women discover that a trio of hunters, recently back from a tour in Iraq, is also on the island. Lou knows one of the men, Henry (Will Bouvier), but has never met the others, Derek (Jay Paulson) and Alex (Anslem Richardson). Since Lou and Abby are still fighting, Lou is quick to invite the men to join them at the campfire, where Abby gets wasted to prove she is still "fun." 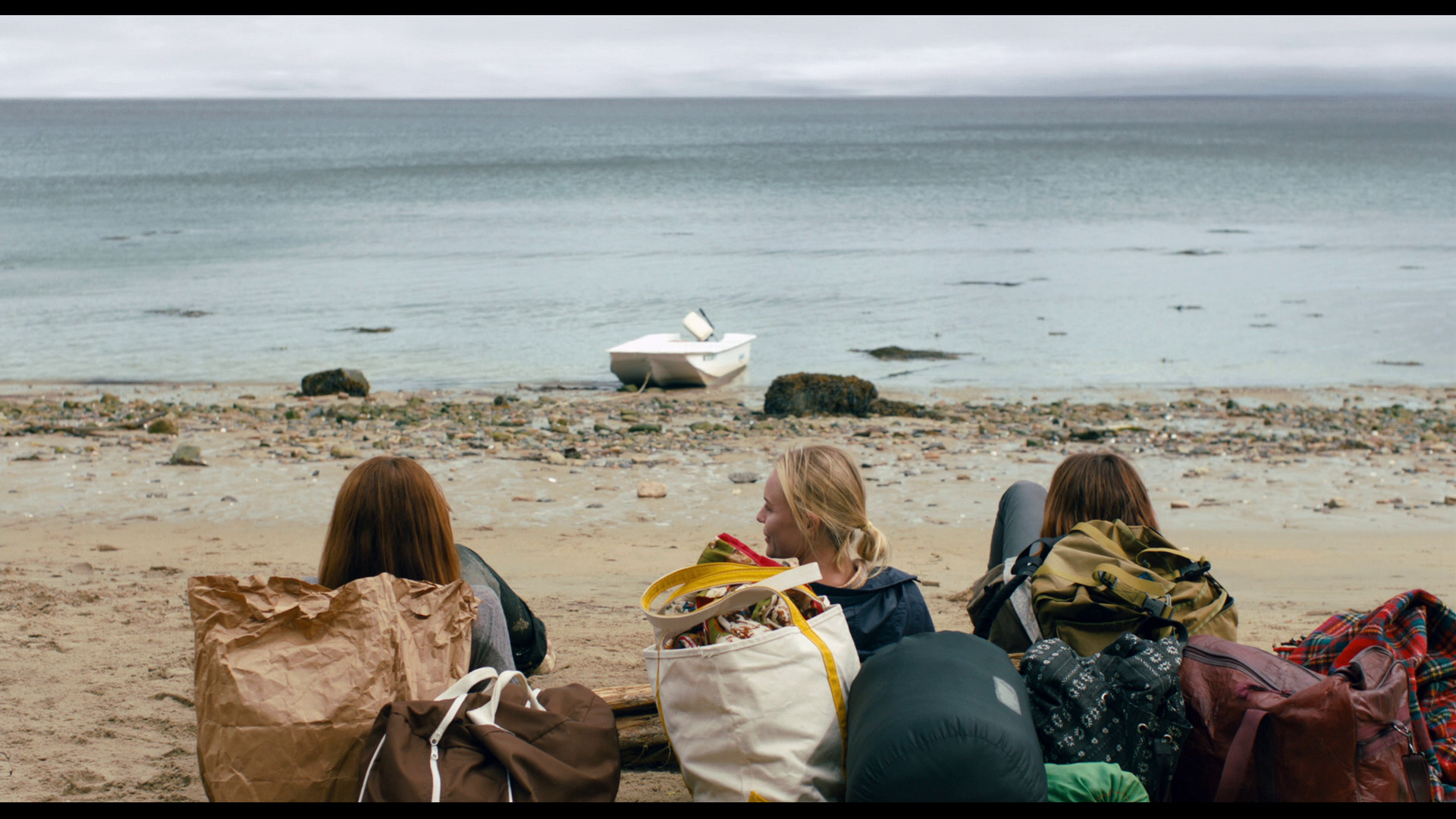 It's hard to discuss some of the film's merits without treading into SPOILER territory, so readers be warned. The conflict begins when Abby lures Henry into the woods to make out. Abby is drunk, upset and wants someone to reassure her that she is not old and boring, but Henry tries to take it much farther than Abby wants to. Rather than allow herself to be raped, Abby hits Henry in the head with a rock, killing him. The other women hear her screams and come to the rescue, only to see Derek and Alex quickly turn on them when they discover Henry is dead. In what may be the quickest 180-degree personality shift ever filmed, the formerly reserved Derek immediately threatens to shoot the women. They manage to escape this initial situation but find themselves hunted by the trained killers and unable to call for outside help.

That the film's villains are dishonorably discharged Iraq war vets practically begs a response from viewers. I'm not sure Black Rock is entirely deserving of a discussion on PTSD or the relationship between violence and the military, as these characters are mostly archetypes of the dissidents who find no solace in the armed forces. Better realized is the film's message that a woman can choose to stop a sexual encounter at any time, no matter what. If you want to raise your blood pressure, browse the Internet Movie Database threads on Black Rock for some truly appalling opinions about sexual assault. IMDb commenters aren't known for being tolerant, but their responses indicate that Black Rock strikes a nerve. Sarah and Lou later tell Abby that she did nothing wrong. That her resistance results in a literal target on her back is a fitting if dramatized depiction of why many such assaults go unreported. 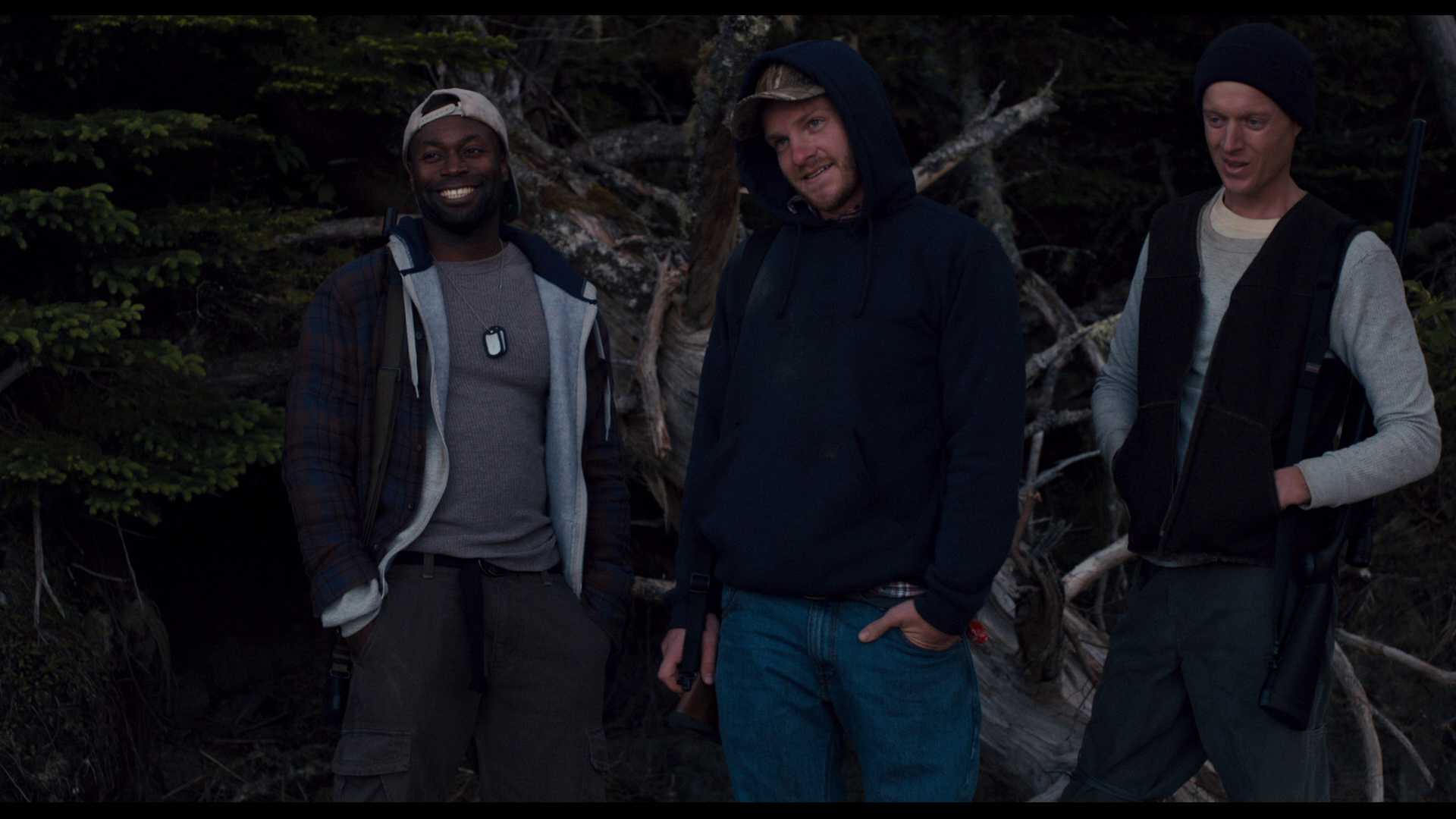 At this point in the review it would appear that I could at least recommend Black Rock for its ambitions. Unfortunately, the film falters badly after its halfway point. Everything that came beforehand is thrown out the window as the women begin unraveling into hysteria and making the kinds of decisions that the film criticized not fifteen minutes before. I hate to go there, but the remainder of Black Rock really does feel like a Lifetime movie of the week interspersed with scenes of violence. I started to hate all the characters, something I don't think the filmmakers intended. Sure, Derek and Alex are terrible, but they are placed on the back burner as their prey awkwardly bonds while planning their escape. I like the female leads here and appreciate that Aselton created a film centered on real problems. But, the execution is weak despite Aselton's good intentions. There's a proverb that the road to hell is paved with good intentions. That's a bit dramatic, but good intentions can certainly lead to an underwhelming film.

The 1.85:1/1080p/AVC-encoded transfer is bright and clear, with good definition and texture. Hillary Spera's cinematography is impressive, and the film is filled with beautiful outdoor shots. Colors are vivid and nicely saturated, and the contrast, while high, is never overblown. Black levels are good, though some nighttime scenes get pretty murky. I noticed no issues with banding or shimmer.

The 5.1 DTS-HD Master Audio soundtrack is also solid. The film begins with a lot of rapid, overlapping dialogue, all of which is clearly audible. As things move forward, the soundtrack constantly immerses the viewer in outdoor sounds, whether it's the subtle rush of water, symphony of nighttime insects or snapping of twigs in the woods. Action effects receive some LFE support, and everything is mixed nicely with the score. English SDH and Spanish subtitles are available.

This single-disc release is packed in a Blu-ray eco-case, which is wrapped in a slipcover. An insert provides a code to redeem an UltraViolet digital copy of the film. The Commentary with Actor/Director Katie Aselton and Actor Lake Bell is lively and, while not always very technical, the two women provide some great insight about the rigorous shoot. Behind the Scenes of Black Rock (7:51/HD) shows how the cast and crew used any resources available to get the film made. Finally, there's a piece on the film's music, A Thrilling Score: The Music of Black Rock (8:49/HD), and the film's Theatrical Trailer (2:29/HD).

Despite its loftier-than-expected ambitions, Black Rock stumbles as a thriller under the weight of its own pretense. Kate Bosworth, Lake Bell and Katie Aselton are enjoyable leads, but Black Rock has difficulty matching its intense subject matter with credible character motivations. Skip It. 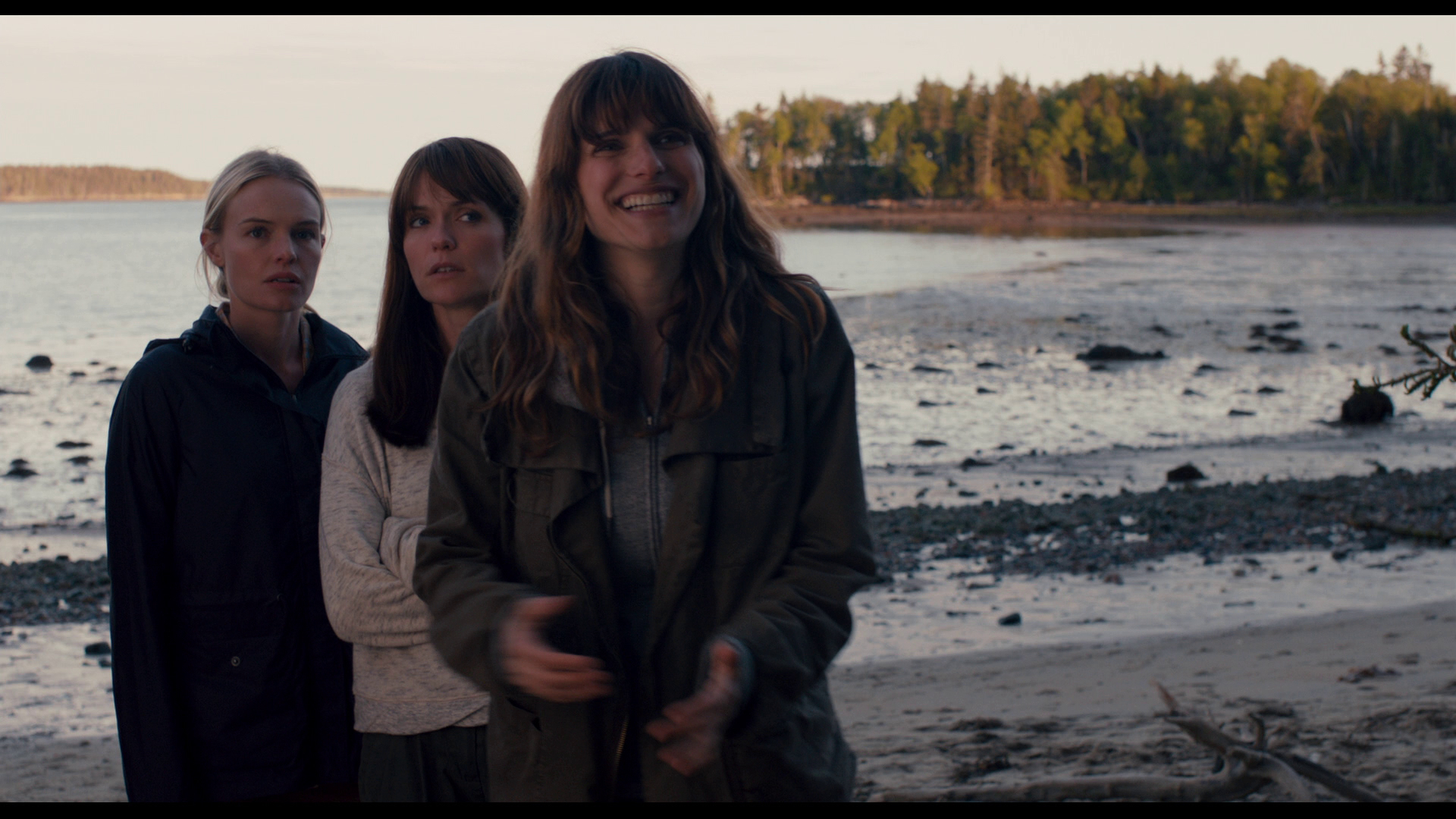 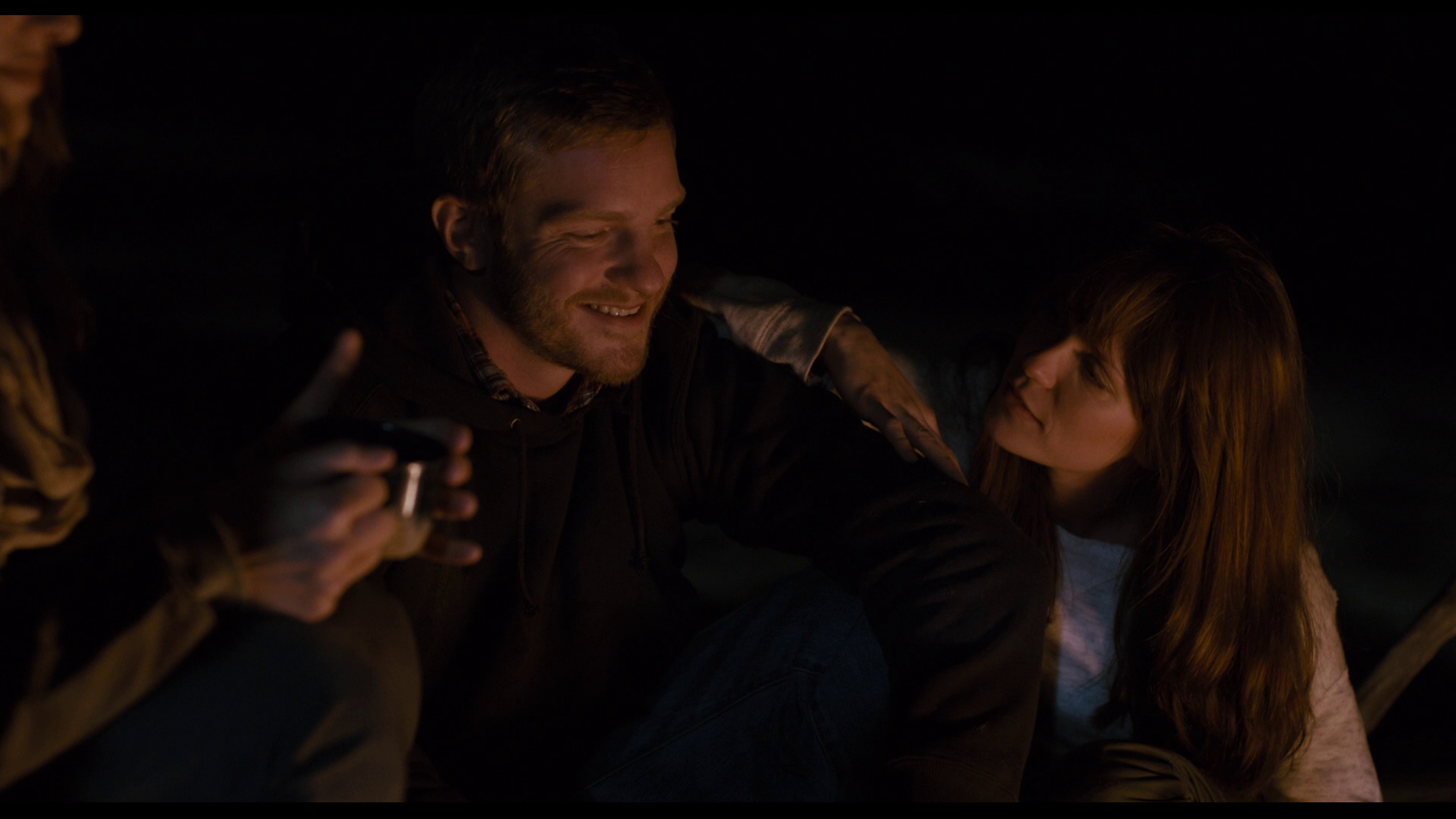 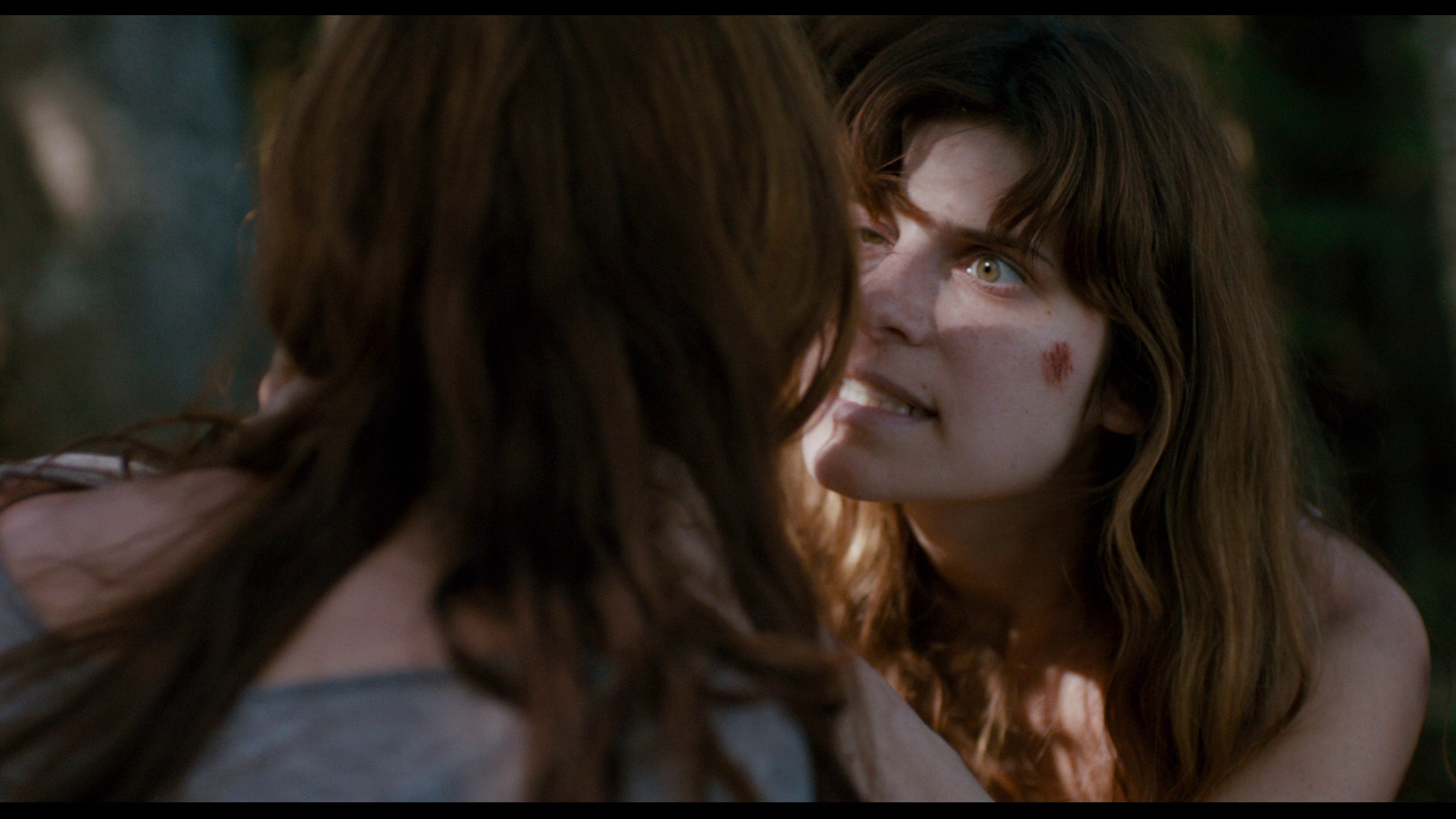 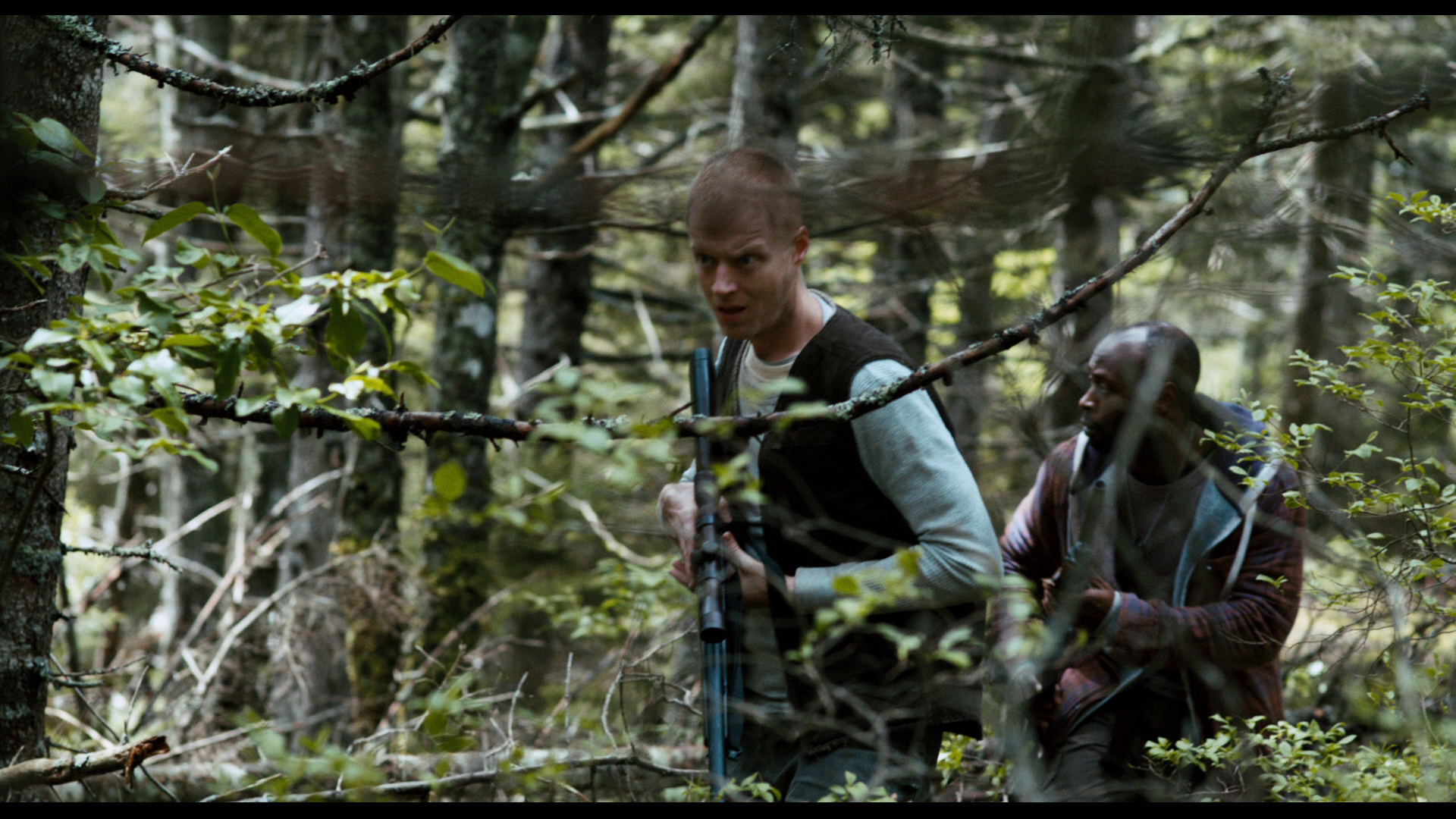 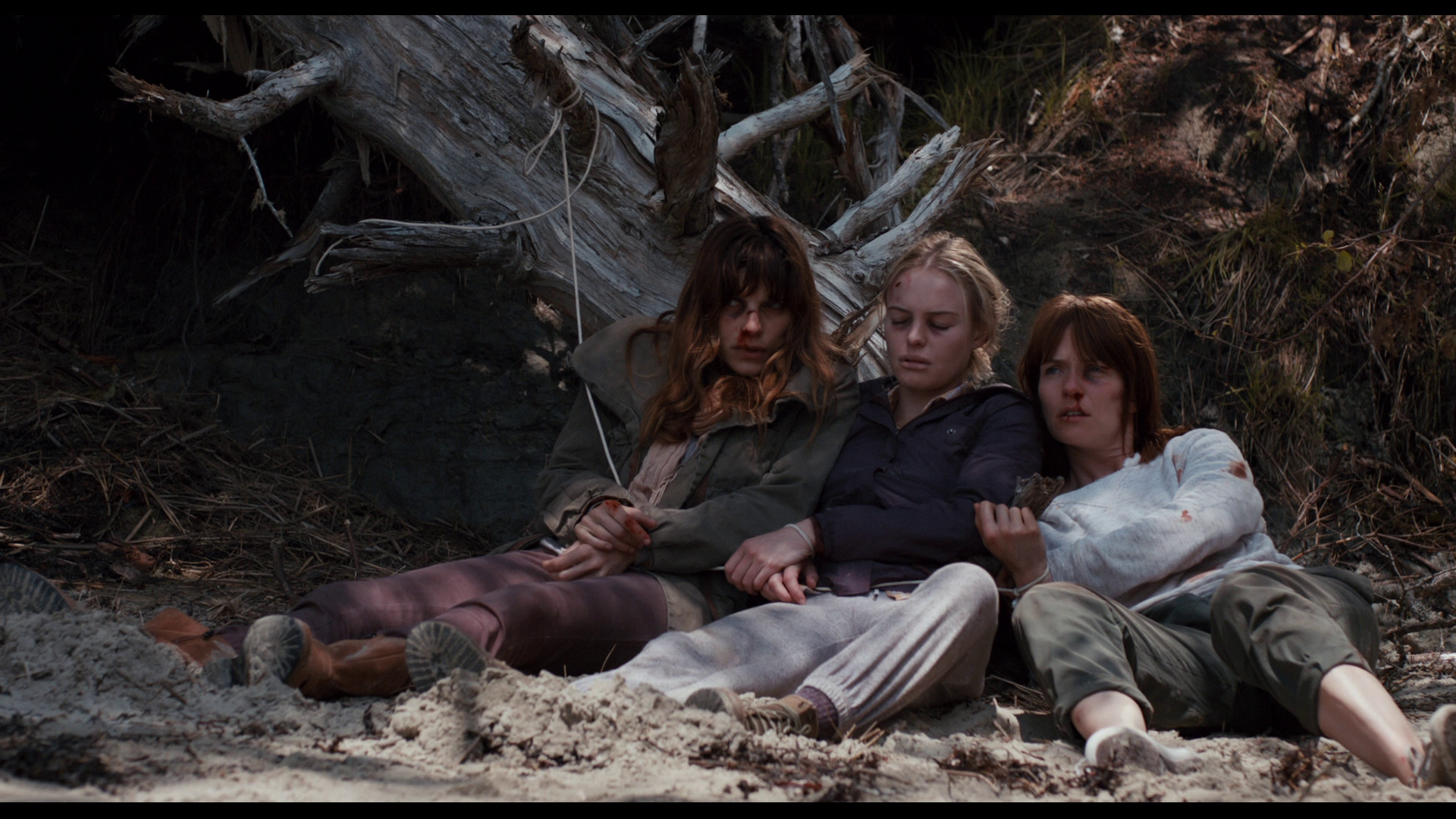 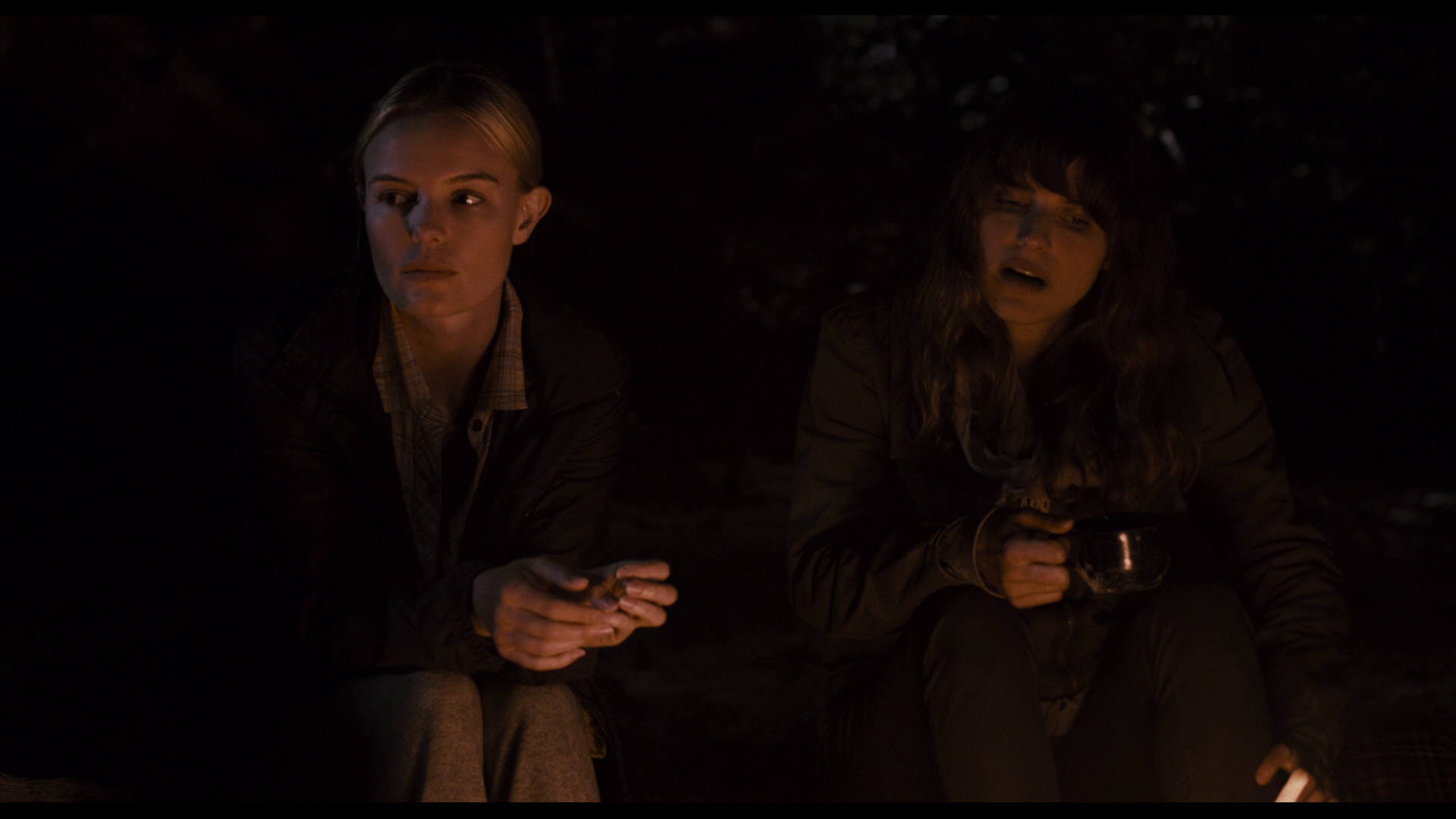 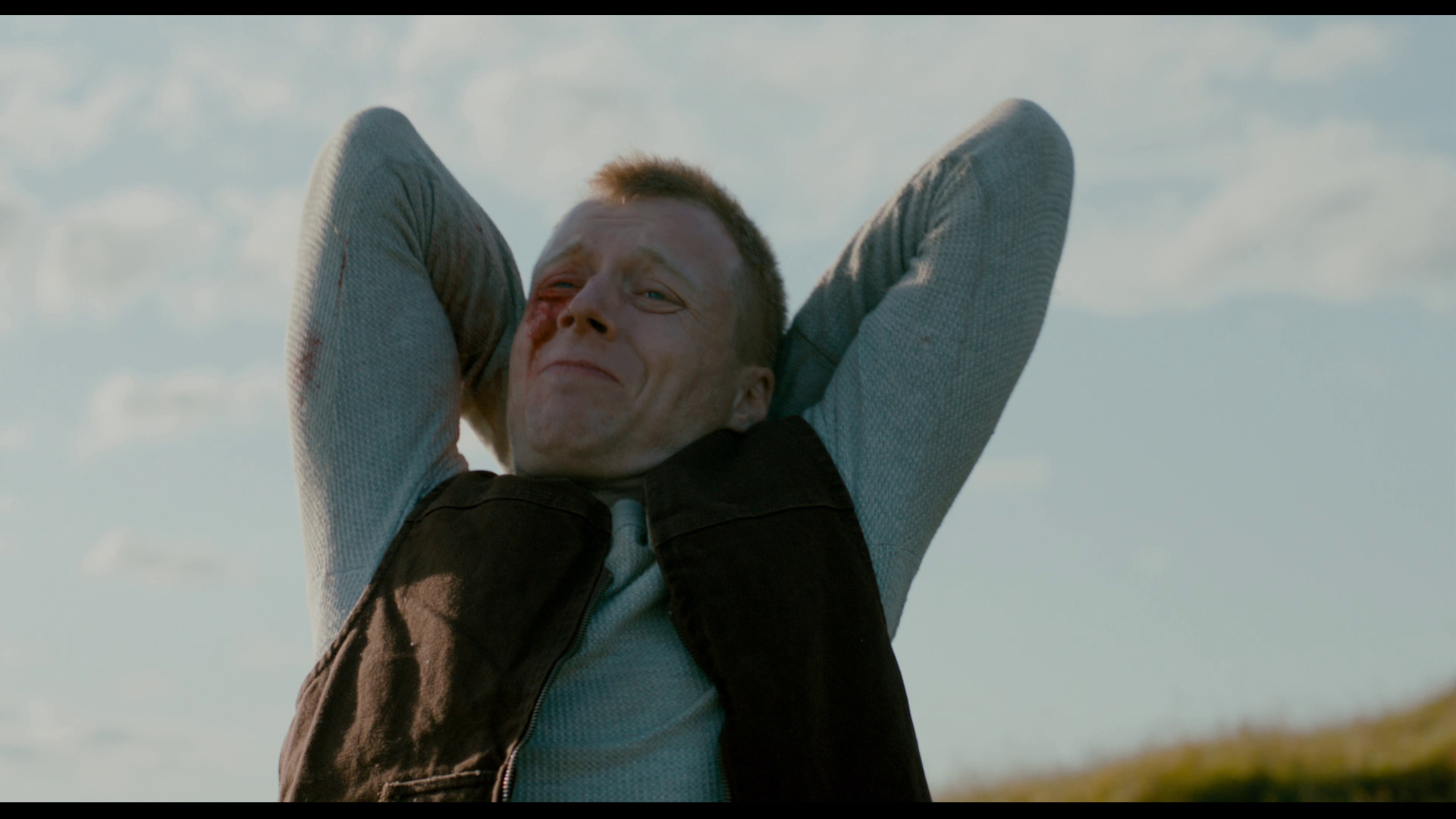 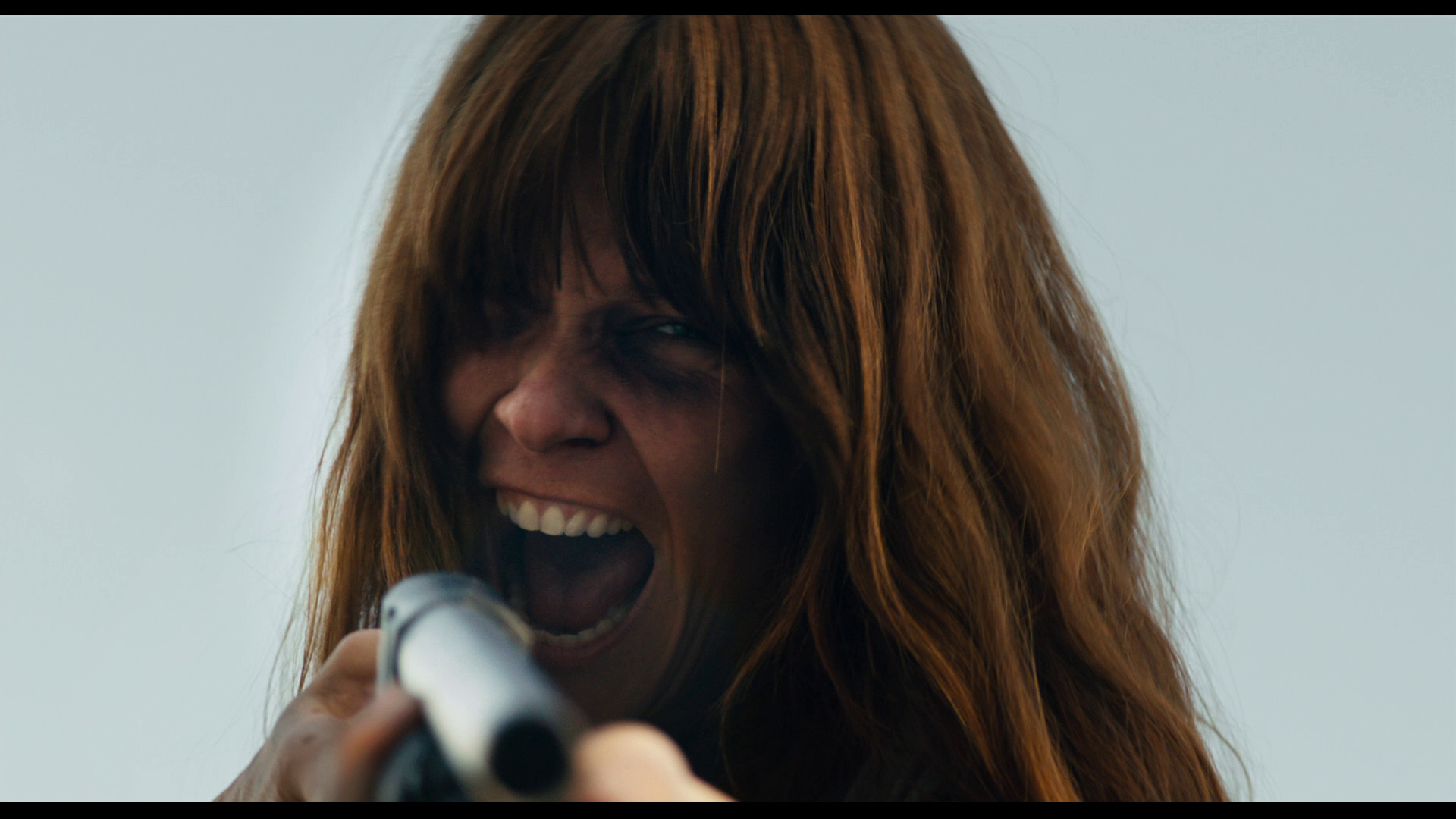