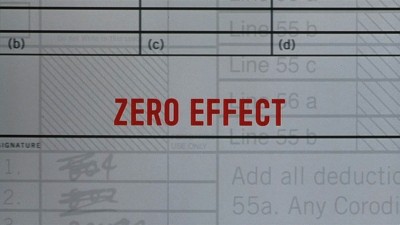 
The Film
Let me be your Sophia Petrillo. Picture it...the late ‘90s, 1998 to be precise. Hollywood is churning out incredible films like Gods and Monsters, American History X, The Big Lebowski and many many others (along with plenty of crap like The Avengers and Godzilla.) But lost in the waves of the big releases is the directing debut of Lawrence Kasdan's boy Jake, who made his big break with a oh-so-timely detective story. Because in a year where three of the biggest films were special-effects spectacles and another three were kids movies, film noir is certainly the genre to turn to for success. Thus, it's no surprise that, despite very positive reviews and a screening at Cannes, it disappeared from theaters quickly and has gone mostly forgotten, not even listed on the Wikipedia page on films of the ‘90s.

Of course, if box-office results and quality were connected in the world of film, critics wouldn't be having aneurysms every time a dumb catch-all parody film finished the weekend at number one. Often, truly great films fail to catch fire in theaters, receding into the shadows, spoken about in hushed whispers on online message boards where wishes/rumors of a Criterion rebirth swirl. Zero Effect has lived in a strata with an even lower profile than that, a victim of its existence as a small genre film lacking in high-octane stars whose fan bases keep films alive. However, mention the name in the right company, and the reverence comes tumbling forth for Darryl Zero (Bill Pullman), Steve Arlo (Ben Stiller) and the case of the man who lost his keys. 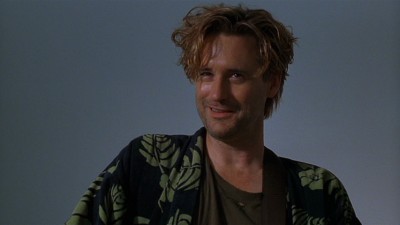 Zero is the world's most private investigator, never meeting with his clients, and often solving cases without ever leaving his well-secured home. His connection to the world at large is Arlo, who acts as his liaison, to the detriment of Arlo's relationship with his girlfriend Jess (Angela Featherstone.) Together, they take on a case from Gregory Stark (Ryan O'Neal), a big-shot businessman who has lost his keys, and as a result is now being blackmailed. Stark isn't very forthcoming with details, forcing Zero to head to Portland for his investigation. There, he uses his gifts for observation and logic and his knowledge of human behavior to get deeper into Stark's story, as well as finding himself falling for Gloria (Kim Dickens), whom he believes is a suspect in the case. Naturally, it gets very complicated, and every revelation forces him to re-evaluate what he thinks he knows. The clues and investigative twists and turns are fascinating and all make brilliant sense in the context of the story (though apparently they aren't all exactly true in reality.)

For his first time behind the camera, Kasdan, who came with a stage background and no feature-film experience, couldn't have asked for a better team to work with, starting with his DP Bill Pope, who lends his usual top-notch sense of style to the proceedings, resulting in exciting camera movements, which lend energy to a film that's focused mainly on dialogue (in fact, there's no actual action scenes to speak of.) Nothing is over the top, and nothing feels unnecessary, as the style is tied deeply to the substance, as Kasdan and Pope's backgrounds balance each other nicely.

A lot of that is because of the wonderfully talented cast in front of the camera, with Pullman and Dickens playing one of the great duos in detective-film history. Pullman's Zero is goofy, yet composed, capable of being both in control and wacky. No matter how outlandish his discoveries were or the methods he used to discern them, in Pullman's hands, they are all believable, as he makes you believe in Zero as a character and detective. Dickens, on the other hand, constantly keeps you guessing, and you can easily buy anything she says, while at the same time questioning her at every turn. It's a fine line to walk, but she does it quite well. Stiller walks a similar line, providing some minor comedic relief as the only character to knowingly interact with the reclusive Zero, but also helping give Zero added depth thanks to the effects of the Arlo-Jess conflict. It's an economic film that gets the most out of its small arsenal. 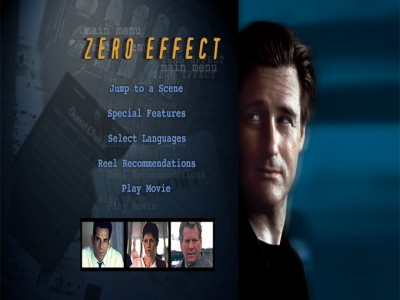 The DVD
A one-disc release, this film is packaged in a standard keepcase, and seems to be a straight repressing of the original DVD (only as a one-sided disc, without the pan-and-scan flip-side), with a static, full-frame menu that offers the option to watch the film, select a scene, check out the extras and adjust languages. There are no audio options, but subtitles are available in English, French and Spanish.

The Quality
The anamorphic widescreen transfer on this disc hasn't changed since the original release, which isn't a great thing, considering the 1998 transfer has some very noticeable noise and frequent, though minor dirt and spots. There's a decent level of fine detail, but it's certainly not as sharp an image as you'd expect in today's market. Color and black levels are fine, an important element for a film that's often quite dark in appearance.

The Dolby Digital 5.1 track doesn't have a great deal to do in this dialogue-heavy film, but it makes sure you can hear everything clearly, while the surrounds pick up a touch of work with a small amount of atmospheric effects and music enhancement. Keep your expectations on the low side and the non-nonsense presentation's solid basics won't let you down.

The Extras
The big extra here is an audio commentary by Kasdan, obviously with Laserdisc in mind, since DVD was in its infancy. He does a fine job of avoiding dead air, and offering insight into the production, as well as offering some story notes along the way, making it a well-rounded and informative track. Obviously a fan of the medium, he wonders if people listen to these commentaries, and even sets up a game to find out who does. If I ever meet Mr. Kasdan, I fully intend to cash in on his offer.

The rest of the DVD qualifies as a retro throwback, with a handful of brief text extras, including Cast & Crew bios (check Kasdan's and wonder how he would have snagged the gig without his father's name), "Kasdan's Fresh Spin on an Old Genre" (a few paragraphs about detective stories) and "Location" (discussing the use of Portland for the film.) There's also "Reel Recommendations" a set of most unconnected movies you might also like, with a trailer for The Man Who Knew Too Little, as well as the theatrical trailer for Zero Effect. 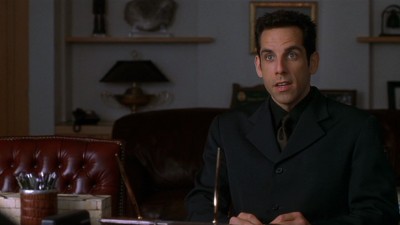 The Bottom Line
Zero Effect had its ardent fans upon its release, but it's fallen by the wayside over the years, becoming a severely underrated modern noir film that takes a backseat to more recent efforts like Kiss Kiss Bang Bang. However, it holds up extremely well and remains a well-plotted mystery populated by excellent performances. This DVD allows newcomers to find this out-of-print insta-classic in good quality and at least one solid extra, though if you need to, there are used copies out there that can be obtained for less than this MOD offering. Either way, it's a must-have for the many viewings you'll get from it.