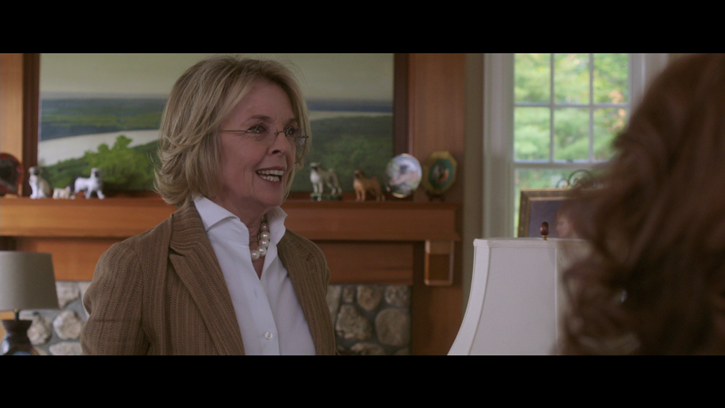 The Big Wedding is actually not that big of a wedding at all. If you thought the all star cast would somehow indicate that the film would be one of many comedic wonders, romantic success, and generally successful wonderment, that's sadly something that just isn't the case with this film. I genuinely hoped that the film would be something special despite the fact that the trailers had absolutely zero impact on me wanting to see the film, based solely on the stellar casting. It's a spectacular cast list. I'd go so far as to say The Big Wedding has one of the best casts for a bad production in recent years.  And as for the main storyline? Well...

The story is simplistic. In fact, it's too simple for it to be that engaging for most audiences. There is a family wedding that is supposed to take place because of the engagement of two of the characters, Alejandro (Ben Barnes) and Missy (Amanda Seyfried).  As the family fathers, chaos ensues. Issues entangle everyone when Don (Robert De Niro) spends time with his ex-wife Ellie (Diane Keaton), rekindling romance despite a new girlfriend who was the former best friend to Ellie, Bebe (Susan Surandon).

Don and Ellie's children Lyla (Katherine Heigl) and Jared (Topher Grace) spend some "conferencing" time together in a hospital (where Jared is one of the doctors), before they both join the crowdedness of the family gathering: Lyla is actually pregnant and had some recent relationship trouble and Jared is a mess, wondering now if he should stop waiting for the right person to lose his virginity to.  Meanwhile, Missy and her soon to be hubby Alejandro are trying to win the affections of his paternal mother's blessing, while the Father Moinighan (Robin Williams, in a typecast role duplicating the thematic idea behind License to Wed) decides if they are ready for the next stage of their relationship, and what have you.  Everyone gets into mishaps. Things get weird. And by the time the credits have rolled, there is some form of wedding, but I wouldn't necessarily call it a "big" one. 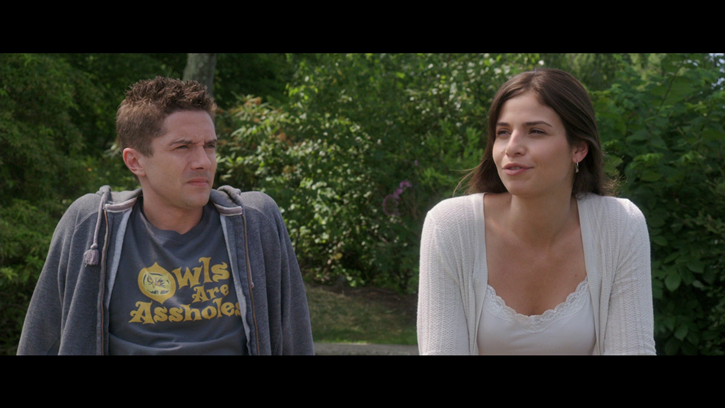 The Big Wedding spends most of its time presenting crude humor jokes and trying to find some laughs at every turn of events presented throughout the storyline, despite the fact that there isn't much going on during the film that is actually funny. There seems to be a lot of jokes about the way in which these odd character relationships unfold and in bizarre ways that makes things more jumbled and confusing for all of the characters. Yet that's about it. There's no great emotional arc, no depth, nothing remotely warm to hold on to as an audience member... it's simply a sad series of comedic hijinks that aren't as funny as the filmmakers would like for them to be.

I had some degree of hope for this movie. The cast list just looked so amazing to me: I mean, come on, what other movie can say that it includes a performance by Robert De Biro, Katherine Heigl, Diane Keaton, Amanda Seyfried, Topher Grace, Ben Barnes, Susan Sarandon, and Robin Williams? None.  Because there aren't any with the same cast.

Few films get made with many great actors involved in one project and when it usually does happen the results tend to mean one can expect something energetic and fun (Oceans 11) or just as cameo fodder for celebrities to make an appearance and collect a paycheck (Valentine's Day).  This effort feels like neither of those examples, but instead it simply drifts around in mediocrity which manages to demonstrate absolutely nothing of exemplary note in the filmmaking or in the acting.

So, what's good about the film? The cast brings something inherently likeable because of the great appeal of these actors. You'll be mildly amused at times because the A-list cast is trying to make a mediocre movie a watchable and fun one. Heigl brings some emotional heart to her part, Keaton enjoyably adds her distinctive aura to the effort, and Sarandon bring her best to her smaller and ultimately throwaway role. The sad thing is realizing that practically every element of this film feels generic and unimaginative and that none of the actors are truly getting a strong part; something which would require them to stretch their acting muscles. 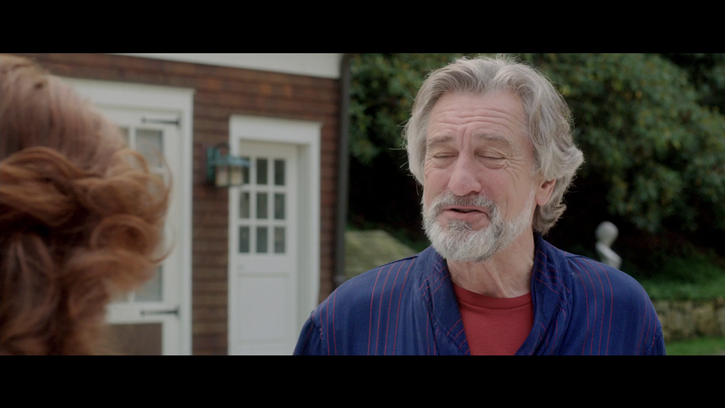 The roles are derivative, uninvolving, and limiting to the cast. Seyfried and Barnes get barely any time in the film at all. Meanwhile, Grace gets a chance at one of the larger supporting roles, but it's comedic timing requirements hardly seem to suggest anything new; it simply reminds one of That 70's Show, which also reminds audiences how any rerun of that show would be more entertaining that this film.  Unsurprisingly, The Big Wedding is yet another example of De Niro sleepwalking through delivering a performance, as he seems  uninvolved in trying to muster up any enthusiasm for the part. It's too bad, especially following the brilliance of his performance in Silver Linings Playbook, one of his finest efforts to date.

The poorly written screenplay (which is a remake adaptation of a relatively obscure French film entitled Mon Frere se Marie -- My Brother is Getting Married) is nothing great to behold. It's attempting to be a fanciful farce with a lot of over-the-top moments emphasized but the comedy just isn't there and the characterizations aren't as good as they could be. You hardly get the feeling of having known any of these characters, and it makes the film uninvolving and ultimately disappointing.

Screenwriter/Director Justin Zackham (2001's teen comedy Going Greek) isn't capable of handing the great cast he got involved in the project, which represents his second time in the director's chair. The directing is average at best as the film seems to just be meandering creatively through the paces, too leisurely, and without many interesting things going on to make up for its average quality. He doesn't manage to pull a single great performance out of the film and visually, the film feels more like a lone episode of a standard comedic TV show than something with dramatic weight. Distractingly, the film also has subpar cinematography by Jonathan Brown, who seem to have put the entire production in some static style visually that never feels creatively involving.

The production elements are generally good. You can tell a lot of money was spent on doing the sets, costumes, and other elements. The wedding itself doesn't ever seem to be a highlight, though. That actually might be one of the biggest issues of the entire production: Why is it even called "The Big Wedding?"  when the wedding is basically only utilized as a plot-point to plop the characters in? Unfortunately, there isn't much going on with regards to any wedding in this contrived effort.  I absolutely dislike the effort, which doesn't seem to care much about the concept or characters. Audiences are unlikely to connect to the generic storytelling. 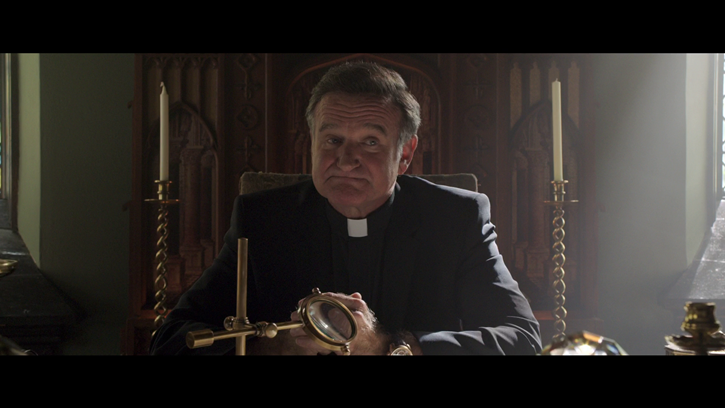 The Big Wedding is technically proficient with a 1080p High Definition presentation which preserves the 2.35:1 widescreen aspect ratio. The bitrates are high enough that the film is certainly given a generally stellar encode with good depth and clarity. Unfortunately, the cinematography is uninvolving and colors seem somewhat solemn and don't impress. It occasionally fluctuates in softness as well, and that issue seems inherent to the source.

The 5.1 DTS-HD Master Audio presentation isn't all that impressive at all. Surround activity is pretty much limited to occasional ambiance and music but the bulk of the sound design is front heavy and it's not particularly creative as a sonic-soundstage. However, dialogue reproduction is notably good and that's often the best one can expect for this type of film production. The quality lossless encoding helps the film to sound a bit more sonically relevant and involving. 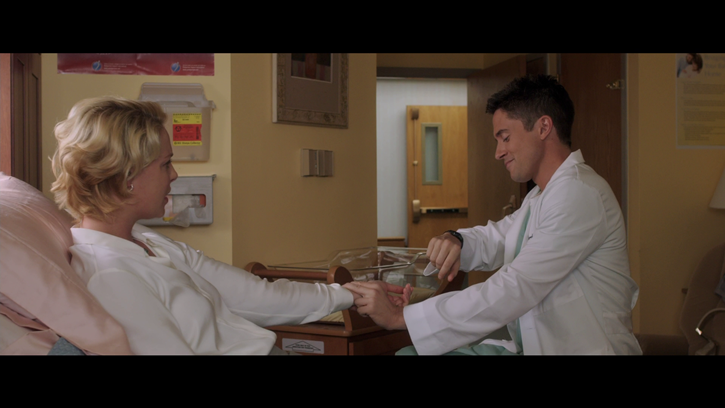 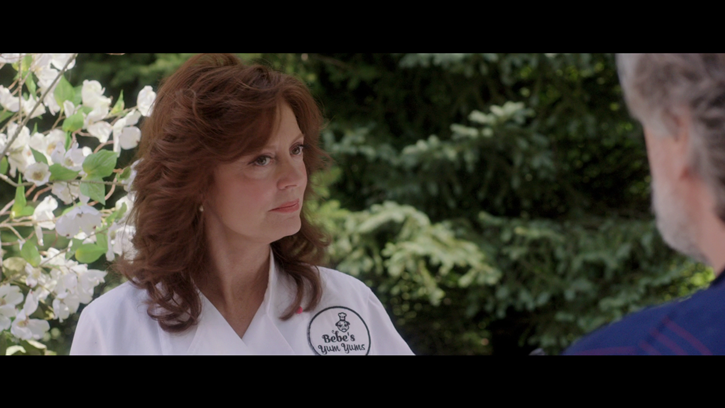 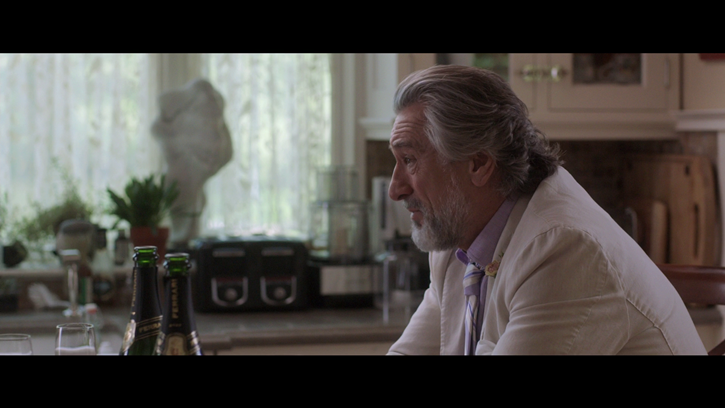 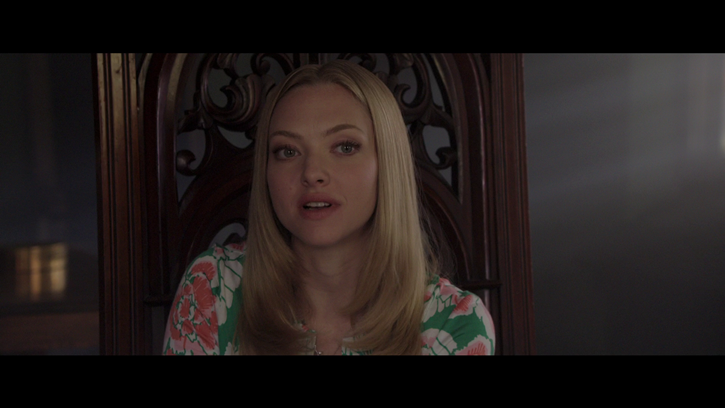 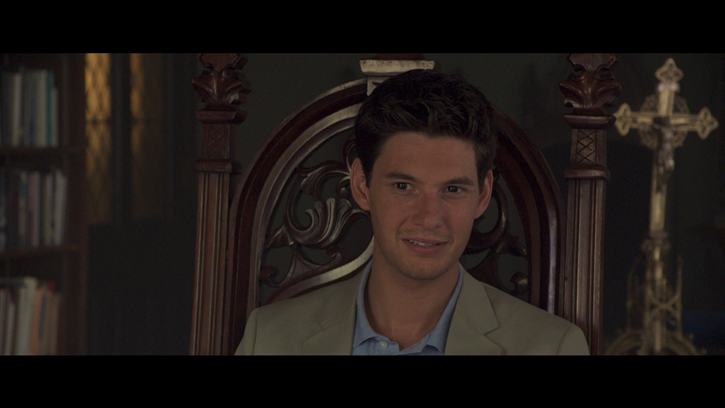 The lone extra on this release is a featurette entitled "Coordinating The Big Wedding" -  a 16 minute long look at the making of the film with interviews and clips spread throughout. It's pretty standard material and most viewers won't probably enjoy the film enough to find out details about the film's production afterwards. 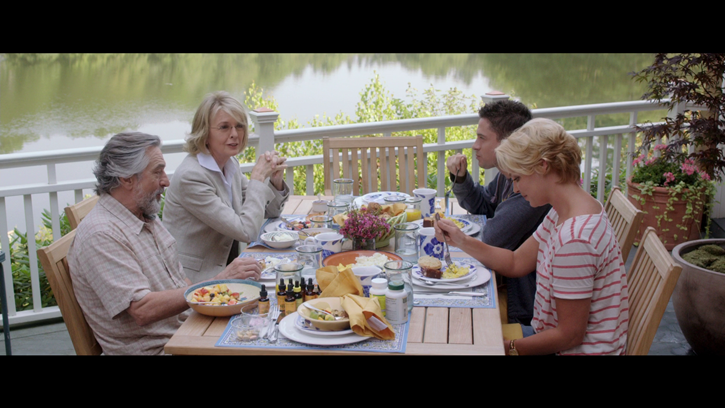 The Big Wedding doesn't feel so "big" after all: it's really a fairly sub-par comedy with a lot of small ideas about what works in comedy. It's a small, uninvolving, and  disappointing effort considering the stellar cast involved. The cast tries to makes the movie more interesting but the average screenplay and weak direction doesn't help. This is a mediocre effort that feels like an unwanted piece of stale cake from a flop of a wedding reception; it's certainly not going to be notable as anything more than an expired "desert" of a film.