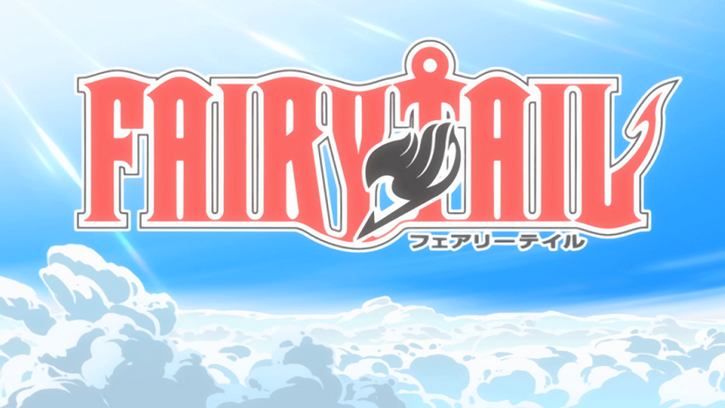 Fairy Tail began airing in Japan in October of 2009. Over 170 episodes have been produced to date. The series is based upon the successful manga series created by Hiro Mashima. It stands out as one of the most notable recent anime series through a balanced combination of quirky science-fiction, fantasy, and an abundance of humor that keep things consistently interesting. The series is also action-packed and focuses on a guild made up of extremely powerful wizards. The series follows the Fairy Tail guild (not a big surprise there!) and the heroes that make up the band of quirky magicians seem goofy, well-spirited, and willing to work together as necessary to complete any mission.

The characters on the show are a central reason as to why the series works so well. It's the character element that grabs the audience attention the most. The central characters in the series are Natsu, a fire-breathing man with dragon skills and possible background, Lucy, an energetic girl who collects port-keys which unleash spirit being's with enough energy to win against any potential threats of the Fairy Tail guild, and Gray... a guy who has tons of skills and who always happens to take his shirt off somehow. There's also a comedic blue cat with the guild who is close friends with Natsu. The cat's name is Happy. Happy has wings and is capable of flying. Another strong supporting character is found with the tough fighter Elza, who is probably one of the most compelling and surprising characters on the show. 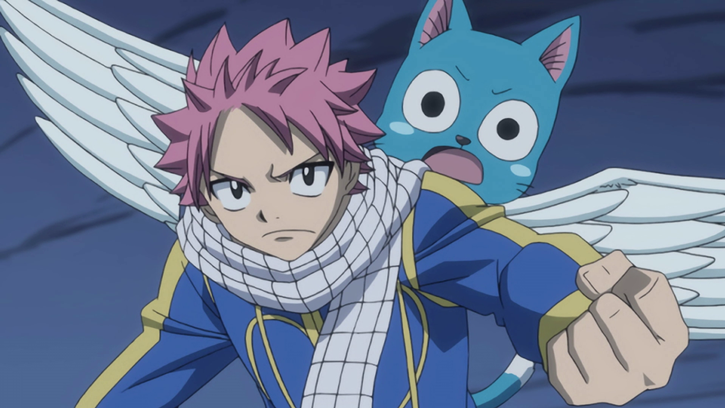 The second season of Fairy Tail continues along its current saga at the start of this sixth set collection of episodes. The season has been pretty action-packed so far -- with more of the ongoing saga episodes than anything else. This set is no different in that respect, with the majority of the episodes focusing upon resolving the overarching storyline that began to unfold on the previous collection release.

The world is seemingly at the brink of major destruction and it seems as though the Fairy Tail guild is having extreme difficulties resolving this issue this go around. The world has become faced with the dangers of a dangerous weapon known as Nirvana which can get genuinely good people to turn bad and vice versa with its overwhelmingly powerful and unique magic. The war against the opposing guilds wages on but with different sets of circumstances and with the lines of who is on which side becoming blurred as well.

It becomes almost impossible for anyone to stop Nirvana but somehow the quest must manage to lead to the destruction of the terrible magic: will it be possible to stop it? Everyone is trying to -- with the exception of a few major baddies -- and this is the overarching element of the sixth Fairy Tail collection.

The series remains as well made if inconsistent as always. I thought the beginning of the set marked another minor step back creatively as it become so heavily focused on action that it didn't seem as though the show was going to remember to emphasis the characters as well. Luckily, these moments where the show dips in quality are always fleeting, and it isn't long before the show picks back up again with the story behind Nirvana unfolding and becoming clearer in the grand scheme of the show's storytelling.

The animation and production qualities remain top rate throughout. The series has great character designs, fluid and beautiful artwork featuring the environmental landscapes of Fairy Tail, and the way these elements blend together proves to be satisfyingly done.

The series never falters from this production standpoint. The series lags a bit at times, but it doesn't ever lag when it comes to the apparent high-quality of the production elements in animation. Season 2 is shaping up to be every bit as good as a season as the first was and that's something fans will appreciate about the show. It doesn't disappoint. Fans who have been following the series are absolutely going to want, without question, to see where things head to next in this fun anime creation that is sure entertainment for anime fans who enjoy ongoing series with quality lengthy story-arcs and good characters worth rooting for as well. 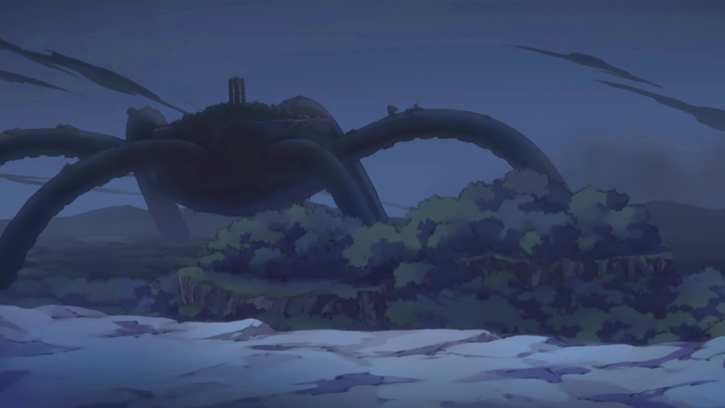 Fairy Tail is presented in a combo pack release which contains both DVD and Blu-ray discs. The Blu-ray presentation is an upscaled 1080p transfer that presents the series with okay improvements: strong, bold colors and mostly good line detail. The transfer is somewhat soft because of the nature of an upscale presentation. This set has some banding and gradation issues, which are a bit distracting on occasion. These are occasionally common defects found with some of Funimation's releases and it's too bad to find the problem carried over for Fairy Tail. It doesn't change the fact that the show looks mostly solid. However, some viewers will find these video deficiencies rather annoying and it does unfortunately impact the overall quality of the presentation.

These episodes were animated to be presented in Standard Definition and were not meant to be viewed in High Definition because of the limitations of SD. Funimation has generally done an good job with this upscaled release, however, as it delivers the series in a solid upscaled SD presentation in the original broadcast aspect ratio of 1.78:1 widescreen.

Fans are treated to two lossless audio options (which are both encoded as Dobly TrueHD tracks). English 5.1 surround sound provides a more enveloping aural experience with better use of sound effects and music reproduction, while the 2.0 original Japanese language dub is relegated to having a slightly less expansive soundstage.

When I began viewing Fairy Tail I opted more for the original language track but the English track continued to win me over. It's a pretty good dub and the sixth set continues to demonstrate that the dub has become a solid part of the viewing experience. The VA's do a great job and have kept things consistent while striving to capture the essence of the material.

The English dubbing ultimately doesn't disappoint; this is first-rate dubbing that will absolutely be a pleasure for fans of the show. 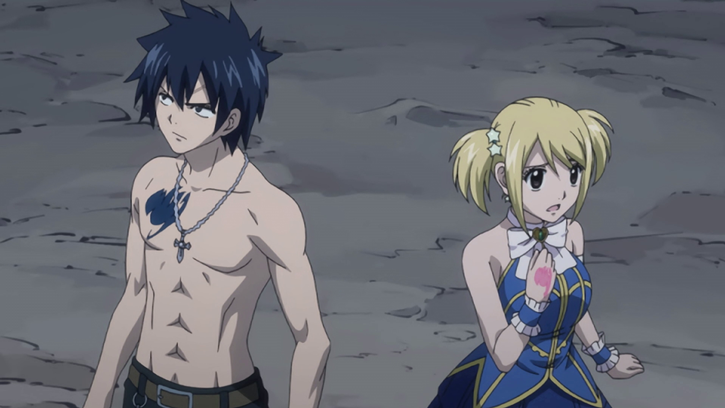 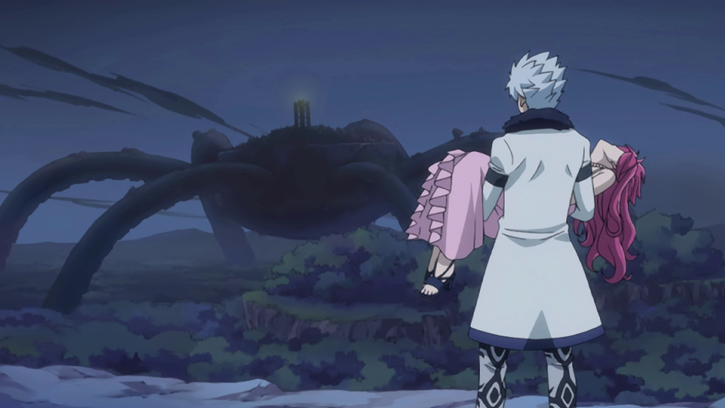 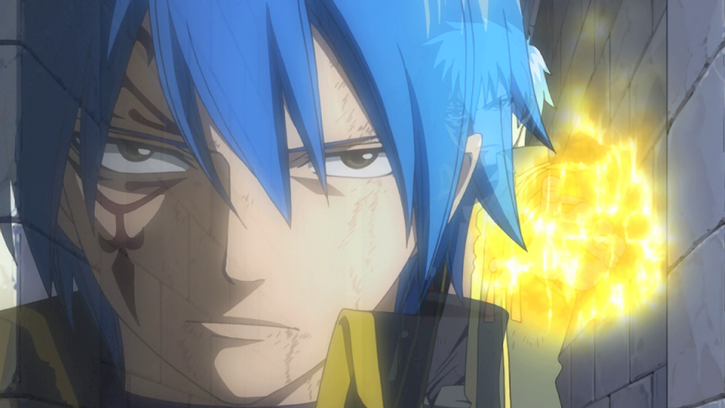 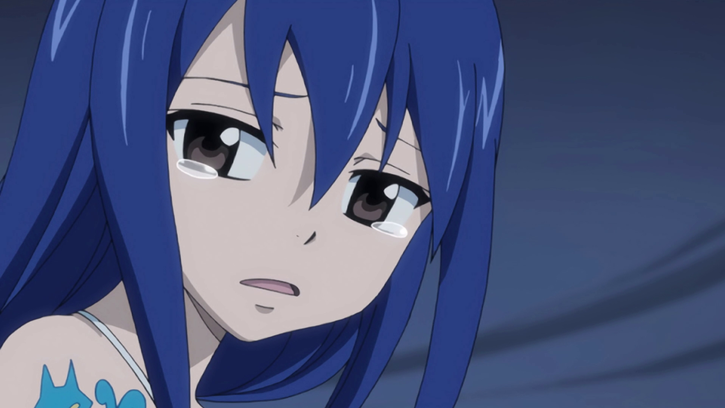 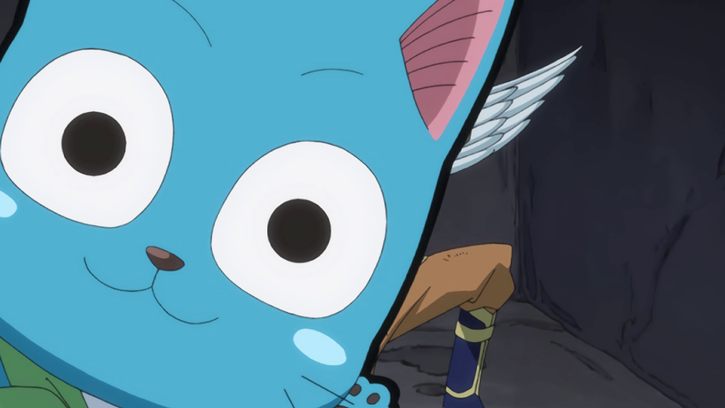 Fairy Tail is still one of the best new anime series of the past few years. The show isn't going to amaze constantly, but most of the time it retains at least a decent amount of quality and it also manages to be a show with one of the most intriguing character casts. Fairy Tail: Part 6 starts everything at where the last collection left off and is mostly focused on resolving the current storyline of battling Nirvana for the sake of all. Funimation's set continues to have decent PQ/AQ and is well worth getting for fans.