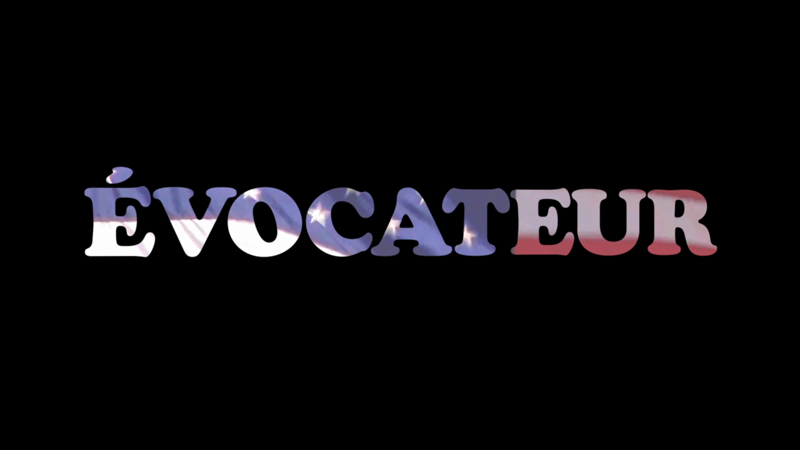 
The Movie
I could never argue that I watched too much TV growing up. I've never been one for sleep, so I would stay up all hours watching cable's rich bounty, be it HBO's silly T&A comedies or strange sports on early ESPN. One of my clear TV memories of the time was tuning into channel 9, the home of Mario Cantone's delightfully wacky Steampipe Alley, and watching this show featuring a crazy man chain smoke and scream at his guests, backed by an audience that seemed to be on a day-pass from the local sanitarium. It would be impossible for Morton Downey, Jr. to not make an impact on an impressionable youngster, but being exposed to him may be the reason why today I find trash/reality TV so distasteful.

If you weren't aware of popular culture in the late ‘80s, there's a good chance you've never even heard of the late Morton Downey, Jr., who died of lung cancer in 2001, after making a name for himself with a cigarette as his permanent accessory. Few television icons have made such an impact in such a meager span of time as he did while his show aired from 1987 to 1989, not even making it a full two years from debuting as a local show in the NY metropolitan area to nationwide syndication to cancellation. Along the way, he gained notoriety for the way he viciously attacked his guests and put himself in the spotlight for his involvement in the Tawana Brawley rape hoax (teaming up with Al Sharpton to ride the scandal to skyrocketing popularity.) Unfortunately for Downey, Jr., his schtick wasn't maintainable, as it was hard to get guests like Ron Paul to return to the show after getting insulted and howled at, and the show devolved into the usual freak-show parade, until it left the air in shame, but not before establishing a template for the next generation of blowhard talk shows, as delivered by the FOX News brigade. 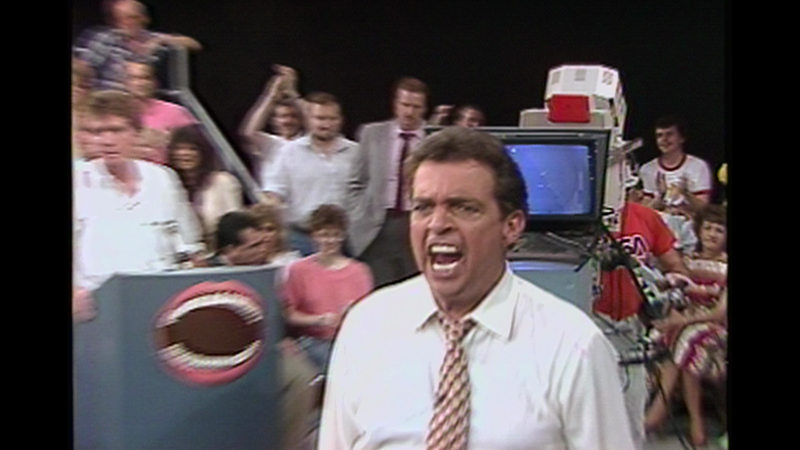 The directing team of Seth Kramer, Daniel Miller and Jeremy Newberger, all long-time fans of the host, have crafted a solid biography by talking to friends, collaborators and contemporaries, as well as taking advantage of access to a wealth of rare archival footage of the semi-legend, including him as a younger man, with his family and behind the scenes of his show. Included among the participants are those who clashed with Downey, Jr. on air, like Gloria Allred and Alan Dershowitz, fellow talk-show hosts Sally Jesse Raphael and Richard Bey, as well as Chris Elliott, who parodied him on David Letterman, and his daughter, who suffered silently through the maelstrom that was her father's success.

The interviews and clips provide a 360-degree view of Downey, Jr., and helps paint the story of what drove him, including his issues with his famous singer father, and what influenced him. The most fascinating part is the revelation that Downey, Jr. was a published poet (and basically a liberal) at one point, and the film has its famous participants read his poetry as a way to indict him for his hypocrisy. The film also uses impressively stylish animation from Murray John to illustrate moments for which no footage exists, making for some of the most memorable segments of the film, such as when Downey, Jr. transforms into a raging dragon in the midst of a domestic dispute.

The filmmakers wisely expanded the story beyond the scope of the man, the myth and legend that was Downey, Jr., spending some time with "the beast," as his seething audience was known, catching up with some of them today, and exploring Downey, Jr.'s legacy in today's Tea Party movement, through footage of chats with Herman Cain and Michelle Bachmann, as well as other conservative radio hosts. Considering how long the Tea Party has hung around, there's less of a direct parallel here, but the idea of giving the angry, teen-boy mentality of the mob exactly what they are looking for emotionally, bereft of fact, certainly rings quite true.

For someone who, based on all the viewpoints and evidence presented, was basically irredeemable, somehow the movie manages to create some sympathy for the devil, as his career and life spiral down, culminating in the embarrassing hoax skinhead attack he concocted and his sadly predictable battle with cancer. Call it Stockholm Syndrome, but after spending so much time getting to know him, it's easy to feel a little bad for him, but at the same time, it's a neat bow on Downey, Jr.'s story; an end to his negative behavior and the negative effect he had on so many in his time. 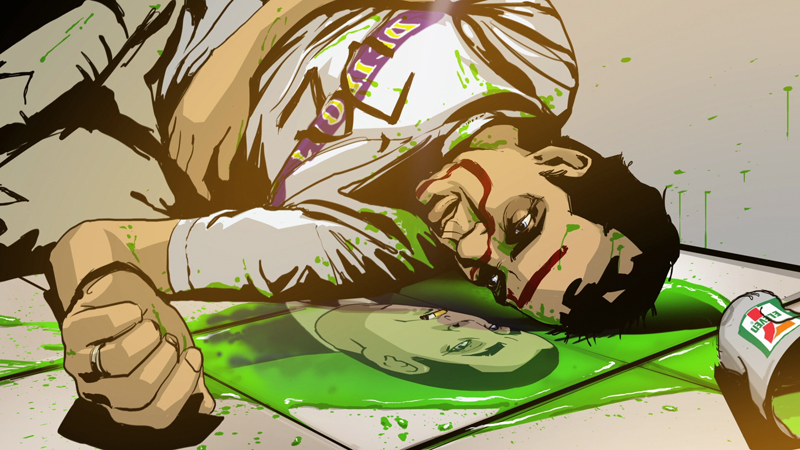 The Disc
This film arrives on a Blu-Ray disc in a standard-width BR keepcase. The disc features an animated menu, offering the option to watch the film, select chapters, adjust languages and check out the extras. There are no audio options, while English SDH and Spanish subtitles are available.

The Quality
The 1080p, AVC-encoded transfer brings a range of quality in the source material, from grainy, shaky movie footage from the ‘30s to the crisp, clean footage newly shot for the film, and everything inbetween. Most of the video from the show is surprisingly impressive, and the behind-the-scenes footage is far better than its age would suggest. The level of fine detail on the new footage is very high, while the color is appropriate, and there are no noteable concerns about digital distractions. A fine job all around.

The DTS-HD Master Audio 5.1 track is focused mainly on the center channel, where the highly legible dialogue lives. The surrounds get to do some very minor music enhancement and a spot or two of sound effects, but mostly, this movie is about the voices right down the middle.

The Extras
An audio commentary by the three directors kicks things off, an affair that's basically like hanging with the three friends watching the film, as they discuss what's going on on-screen, while also sharing some production details and talking about the people in the movie, including a very unhappy Raphael. It's an enjoyable listen, with the right balance between info and joking.

"Memorable Moments" (6:09) is a mix of interesting clips from the tapes the directors gained access to, including famous people getting abused by Downey, Jr., like Abbie Hoffman, Timothy Leary, Ace Frehley, Joey Ramone, Chris Rock, Mr. T and Captain Lou Albano, along with examples of the disregard for personal space displayed on the show. Though there's plenty of footage from the show in the movie, a bit more is appreciated.

For anyone curious about how the animation was created, "Behind the Animation with Murray John" (4:29) shows how the artist developed the look of the scenes, via sketched, test footage and discussion of his influences. There are also some deleted scenes that had to be cut for being too risque, so obviously this is a must-see.

The last featurette is the 1:56 "An Evening with Mort's Guest Kellie Everts," which follows the aging, buxom stripper as she hits the bars looking for young guys to have sex with. Under two minutes is probably all we need from this spitfire.

Wrapping things up are the film's trailer and a handful of other Magnolia Pictures trailers.. 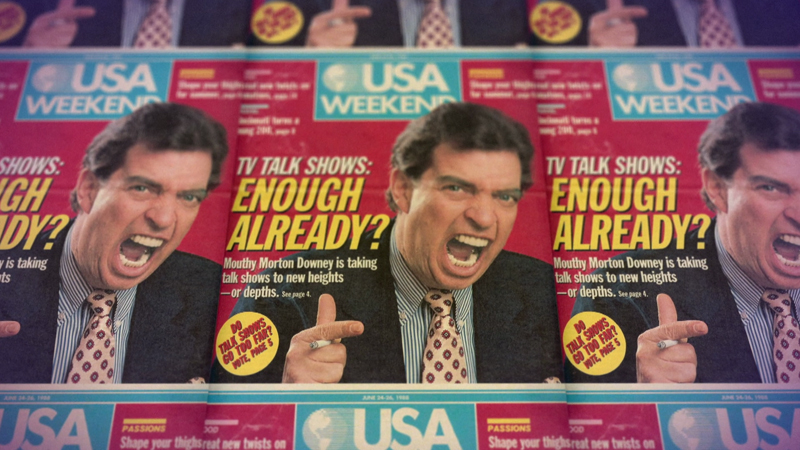 The Bottom Line
For those who knew of Morton Downey, Jr., this is a fine nostalgia ride, giving you plenty of insight you probably never knew about the loudmouth, while for those uninitiated, it will be a believe-it-or-not experience, as it will be hard to understand how someone so famous in his time could have had such a short career. The presentation is solid, and the extras are interesting, making this an easy film to recommend for fans of interesting biographies about cultural oddities. It may get you a bit mad though.