Smurfs, The: The Legend of Smurfy Hollow 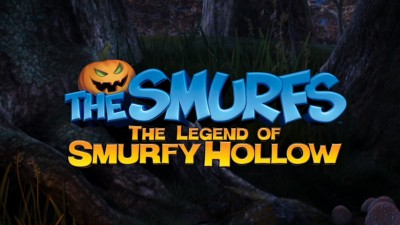 
The Movie
It's pretty much a guarantee at this point that if a non-Disney animated film does well, it will be followed up with holiday shorts, and The Smurfs, which earned a recent sequel, is further proof of this. First there was a Christmas special, which retold Dickens' A Christmas Carol, and now the little blue men (and woman) have tackled Halloween with The Legend of Smurfy Hollow, a brief 22-minute adventure, featuring Brainy Smurf, Gutsy Smurf and Smurfette. Though the cover art (and most of the back of the package) would convince you otherwise, the story is told in simple 2-D animation, with CGI bookends, replicating the feel of the original cartoon series (again like Christmas Carol.)

As a trio of Smurfs sit around a fire, the very meta Narrator Smurf tells them the tale of the legend of Smurfy Hollow, which involved a competition between Brainy Smurf and Gutsy Smurf to see who can gather the most Smurfberries. Brainy has been the champion of this annual contest for many years running, and when Gutsy finds out how he's been winning, he pulls a prank on him to get even, invoking the Headless Horseman. Things go too far though, and when Gutsy and Smurfette try to help Brainy, it just gets worse. At just 22 minutes, the short offers a good deal of action, and the short length helps avoid any downtime, as things move speedily from point to point, without any unnecessary moments. 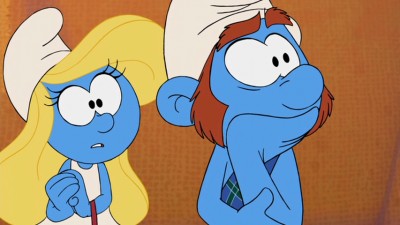 For a TV/direct-to-video short, the returning cast is rather impressive. Of the Smurfs represented here, only Papa Smurf (the late Jonathan Winters, naturally) and Smurfette (Katy Perry) don't perform their roles from the movies, with each replaced by the same actors who played the parts in the Christmas Carol short (Jack Angel and Melissa Sturm, respectively.) That means Fred Armisen, Alan Cummings, Anton Yelchin and John Oliver are all on hand, along with Hank Azaria as Gargamel.

As good as the cast is, the writing, by Todd Berger (writer/director of black comedy It's a Disaster, may be more impressive, as it manages to tell a kid-friendly Smurf adventure with some clever supernatural elements, but also some lines aimed at older viewers. There are gags and references that no little kid would ever get or appreciate, which makes the show more welcoming to everyone in the room. I will fully admit that I laughed at one line from Brainy Smurf that could have been paraphrased from an old episode of Police Squad!, which is certainly not something I would have predicted coming into the special. 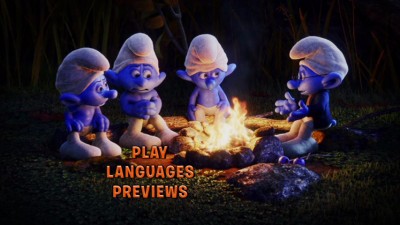 The Disc
The show arrives on a single DVD disc, in a standard-width white keepcase, with a static, anamorphic widescreen menu offering the option to watch the show, adjust the languages and check out the extras. The disc offers audio in English, French and Spanish Dolby Digital 2.0 tracks, while subtitles are available in English, English SDH, French and Spanish.

The Quality
This is a DVD, and for the most part it looks as good as the format will allow, capturing the CG animation with a solid level of fine detail, appropriate color and good black levels. The more traditional animation looks good, but not great, as the painted backgrounds are nicely detailed and vivid, but the characters' outlines suffer from some pixelation. Overall, the image is clear and free of digital distractions, but the issues with the outlines just stand out too much for anyone paying attention.

The Dolby Digital 2.0 track is simple but well-done, offering basically nothing in terms of dynamic mixing, but not messing up anything either. Honestly, it's just basic, and you shouldn't expect much.

The Extras
There are a few Sony previews, but nothing else. Not even some random old Smurfs episodes. 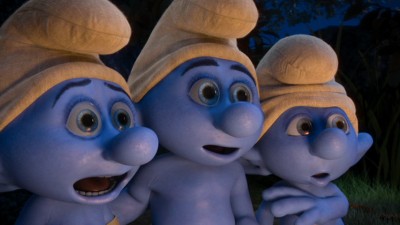 The Bottom Line
Though the disc is incredibly light on content, it's quite cheap, and the special is surprisingly good, not just for kids but for older fans as well. The level of quality on the disc is solid, though there are no bonus features, but again, you can get this one for under five dollars, so for Smurf fans, it's a fine appetizer.