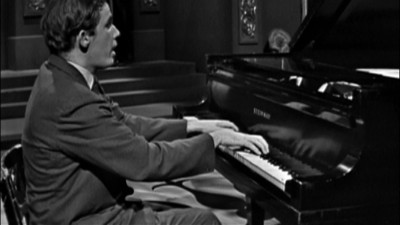 "The Berlin Wall existed in music as well, and [Glenn] Gould was one of those who were, perhaps, breaking that wall."

"Everyone knows that Bach is a genius, but frankly speaking, three hours of Bach is not my cup of tea. Because... uh... it's boring."

In 1958, Texas pianist Van Cliburn was treated as a national hero when he went to Moscow and won the International Tchaikovsky Competition, a contest which had been set up originally by the Soviets specifically to demonstrate their cultural superiority. A ticker-tape parade was thrown in New York City when Cliburn returned.

A parade. For a classical pianist. For playing Tchaikovsky better than the Russians.

Oddly enough, Cliburn's victory was not the first major blow struck for Western music during the Cold War. Just one year prior, Canadian pianist and mad genius Glenn Gould became the first North American to tour the Soviet Union since the Communists took over. Gould arrived in Moscow as a nobody: his auspicious 1955 recording debut of Bach's Goldberg Variations naturally had not reached the Soviet Union. But, he left at the end of his tour as a legend. 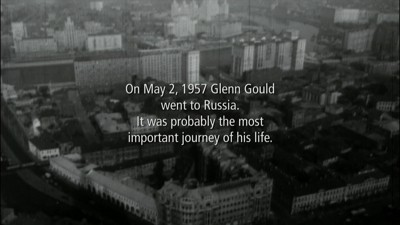 The hour-long 2002 Canadian TV documentary Glenn Gould: The Russian Journey attempts to retell these events, largely through the accounts of Russians who had seen him perform during this tour. While sometimes the interviewees provide colorful anecdotes, such as Gould refusing to sleep in the hotel room offered to him, because it had two single beds stuck together instead of a proper double bed, mostly these witnesses just marvel at Gould and his work. Variations on the observation, "He was like an alien," pop up again and again - illustrating this documentary's main weakness. While Gould is a noted eccentric - he hummed while he played, he wore an overcoat and gloves in all seasons, he always performed from a shortened chair he had his father specially build for him - none of these Russians who only saw him play once or twice several decades ago seem to have any true insight into his behavior or his genius.

The Russians do manage to get out the main "story points" in their interviews. At Gould's Moscow debut, the concert hall was nearly empty for the first half. Then at intermission, everyone in attendance called their friends to witness this incredible performer, and the second half was fully packed. Throughout his tour, not only did Gould perform Bach pieces which were banned by the Soviets for being too evangelical - and not only did he play them better than any of the Soviet music critics and students had ever witnessed - but he played pieces by composers whose existence was wholly unknown to the closed-off Communists.

This is meaningful, dynamic material for a movie. Unfortunately, The Russian Journey is not a dynamic movie. It is instead a fairly snoozy documentary in the most stereotypical PBS mode. There is not a lot of film footage of the time Glenn Gould spent in the Soviet Union, so the filmmakers rely on an actor reading his letters and telegrams as they roll fake-grainy black-and-white footage of a man walking around present-day Russia in an overcoat and gloves: a piss-poor stand-in for Gould. When a TV appearance by the real Gould is included near the end of the film, the jolt of his genuine manic energy sadly suggests a more interesting approach to telling this story, highlighting Gould's view of the Soviet Union instead of the other way around. After all, the 2009 feature documentary Genius Within: The Inner Life of Glenn Gould managed to cover almost all of the same events as The Russian Journey presents, in a much briefer, yet more insightful sequence within that film.

There is some unique information and some relatively dramatic moments near the end of The Russian Journey, once writer-director Yosif Feyginberg focuses on the after-effects of Gould's visit. Gould begins to campaign for the rights of beleaguered Soviet artists and the Soviet State officially renounces him, making him an underground hero. While this turn of events provides a nice conclusion for the documentary, it does not elevate The Russian Journey from naptime fodder for elderly people who need the TV turned on to sleep. 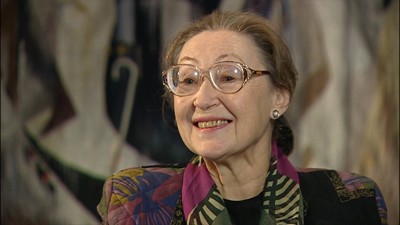 As I said, this was a 2002 TV documentary. It does not appear to have been remastered in any way. The 1.77:1 SD-upconverted-to-1080i video is cobbled together from numerous sources of varying qualities, including those bizarrely grainy America's Most Wanted-style reenactments of fake-Gould walking around Russia. The contemporary interview footage looks perfectly fine for professionally shot European TV in the early 2000s, but nothing that requires shelling out for a Blu-Ray.

Similarly, the audio is supposed to be DTS-HD Stereo but just sounds adequate for a TV broadcast. I presume the Blu-Ray is being marketed to classical music buffs who want to hear the music perfectly. It would probably be more "perfect" for them if Russian people and their translators were not talking and talking over said music. There is not more than a few minutes altogether of uninterrupted performance, so again there is no good reason to shell out for the Blu-Ray here.

Just some trailers for other classical music programs, including a much more intriguing-looking concert film directed by Henri-Georges Clouzot (Diabolique).

For casual Glenn Gould fans or uninitiated viewers looking to learn about this fascinatingly odd classical music superstar, you should check out the more comprehensive full-length Genius Within documentary instead. For the stubborn and the absolute Glenn Gould obsessives, this little doc is probably worth a rental... on DVD. The Blu-Ray is a marketing rip-off, and you should Skip It.