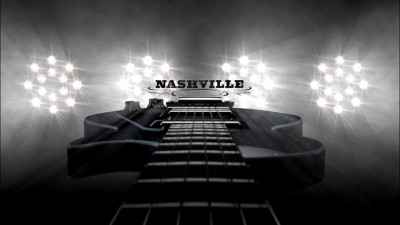 Nashville is one of the latest successful ABC television series and its debut first season is now available on DVD. The show combined high drama with quality music and is one of the more notable series from the past season of television. In the series, the stakes are all about country music, relationships, and  the path to stardom (or reemergence) for country music performers living and working within Nashville.

The show is primarily centered upon Rayna Jaymes (Connie Britton), a formerly huge music performer, who at the start of the story has a new album out that is dwindling in sales figures, which is also leading to a decline in tour ticket sales. Rayna is approached by her record label with the prospect of pairing her with a new country music sensation, Juliette Barnes (Hayden Panettiere) for a massive tour promotion surrounding the two performing together as the main selling point. Rayna refuses the idea initially as she is certainly no fan of the newly successful Juliette Barnes. Yet the stakes are high, and her longtime record label has a new executive who considers it her best option. Will Rayna sign up for a tour with Juliette? Or does she branch out on her own when the label suggests it might be her only way?

As the story begins to unfold, the audience gets to know these two characters better as well as the characters who help to make up their lives. Both Rayna and Juliette have affections for country music performer Deacon Claybourne (Charles Esten), who has a past history with Rayna from before she got married to her husband Teddy Conrad (Eric Close), who she now has two kids with. As the romantic entanglement begins to further along, what happens to these characters relationships becomes a focal point to a lot of storyline progression. 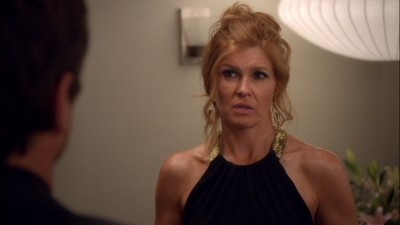 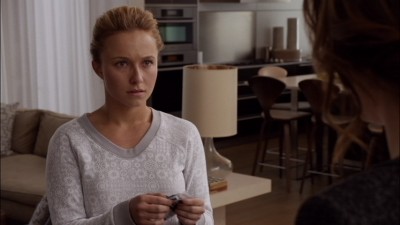 The show builds and enriches the storylines for the characters by adding interesting elements to these characters stories. One such element is found prominently in the portrayal of Barnes own mother re-entering her life after the two became distant over family issues. As the show begins developing this story, it provides the character some interesting and unexpected developments, while star Panettiere is given an opportunity to shine with one of the best performances on the series; a performance filled with depth, emotion, and compelling characterization brought to a cinematic flair of intensity that adds a great deal to the show.

The plot of the series also contains a sub-storyline about a young musician couple who are rising towards country music success, Scarlett O'Connor (Clare Bowen) and Gunnar Scott (Sam Palladio), but who are also facing some difficulties in their relationship along the way. It explores these characters journey from unknown musicians to their pathway into industry acceptance. This storyline is one of the most intriguing, with some nice surprises, and two remarkably solid and surprising turns from Bowen and Palladio.

The location of Nashville seems to exist on the show as one of the central characters. Certainly, the  environment serves as the back-drop for the events of the series and it is a focal point for country music in general. This is one of the aspects making the show so compelling, as it is something which adds a vibrancy and authenticity to the storylines that makes the music on Nashville -- along with the stories -- much more compelling. It's a good reason to tune in to exploring this series, but it's only one part of the equation which makes for such a fantastic series. 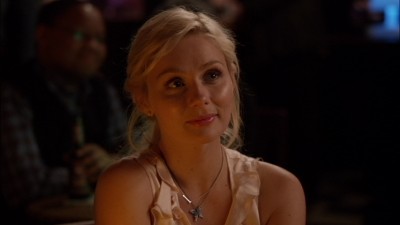 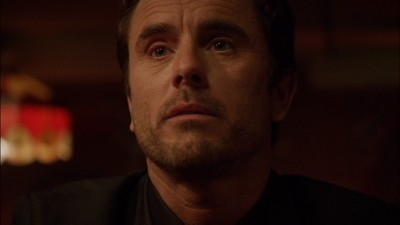 The series was created by frequent writer and director Callie Khouri (Divine Secrets of the Ya-Ya Sisterhood, Thelma and Louise). Khouri seems to have a grasp on Nashville's history, landscape, and county music world. She also just so happens to be married to the remarkable and legendary musician T-Bone Burnett, who contributes music to this fine show. It's a match made in heaven. The series has great writing and direction that carries it along on a fluent and entertaining path, while the music adds an extra flair that simultaneously works with the storylines in keeping the show compelling and worth checking out.

While I've heard some remarks about the show being a "soap" I feel this terminology is sort of unfair considering the immense work that clearly goes into making the well-produced show. I thought it was more dramatic than "over-dramatic" and that the writing was certainly so much more compelling. Lastly, the biggest difference between this and other so-called 'soaps' is the performances. The quality actors and musicians brought together for this show is the stellar glue keeping all the areas together with amazing finesse. I am thoroughly impressed in almost all of the lead performers, both in terms of creating compelling performances and in the ability to present the show with lush music that is unlike anything else that I have ever heard in original music composed for television before.

For all of these reasons, I find Nashville to be a worthwhile series with a great deal to offer audiences. And I'm glad for it. As overall, Nashville is great entertainment that should keep audiences enthralled. It's another successful series for the ABC Studios division, and I hope it continues to thrive with great results. What other primetime shows blend an authentic location with brilliant country-blues music and fine performances? I can't think of anything else myself. Nashville is a truly original creation. 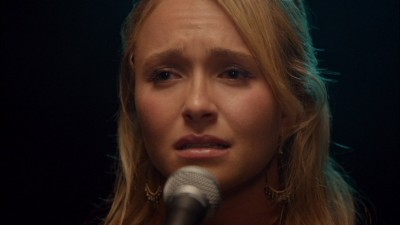 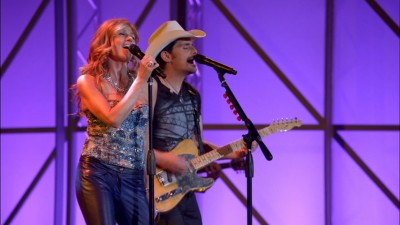 Nashville arrives on DVD in the original television broadcast ratio of 1.78:1 widescreen. This is a very fine and modern looking television series. It is incredibly well produced as a series and it has been well presented across these DVDs, with noteworthy video encodes that are as best as a fan can reasonably imagine the series looking on the DVD format. The image is generally clean, crisp, and dynamic. The colors are able to pop without oversaturation. It's a modern look which benefits the show tremendously well. Seeing the locations in Nashville is a real delight with the way the cinematographer presents the series from its visual standpoint.  It looks great on DVD.

I would like to add a note: While some recent television season set's have been disappointing me as of late, especially the latest season set for NCIS (released by CBS/Paramount), which was plagued with compression artifacts and low bit-rates, it's a genuine delight to see that such a great effort went into this ABC television DVD release, which is top-quality in presentation, even if a Blu-ray season set would have still been preferable for those equipped with HDTV's. Fans should take note of ABC Studio's commitment to putting out a quality DVD release of Nashville: The Complete First Season.

The series is presented with a reasonably good quality 5.1 Dolby Digital presentation. This is a series with a decent sounding audio mix. Nashville appropriately blends the surrounds into the series environment when needed, even though things are generally kept front-channel heavy. Perhaps most importantly, the dialogue is always intelligible and the music sounds lovely in surround with decent separation and clarity. Music lovers will appreciate the DVD's higher quality audio presentation, which is notably good at presenting the songs with much spirit.

This set has a notably lackluster supplemental package. I expected much better things to be found in the supplemental materials, considering the high quality of the program and the popularity of the series music. The only bonus materials included are detailed below:

Nashville Comes to Nashville - This is a cute featurette about the fact that the show is being filmed in Nashville. There are interviews with cast members and creative figures, including creator Callie Khouri. It doesn't go in-depth though and is far too short at around 6 minutes.

On the Record: B-Side is a mini-featurette segment which includes a reflective look at two of Nashville's most successful songs highlighted in the series debut season. These pieces include interviews and commentaries on the songs and process.

Stellas Go On "Tour" is a rather brief behind-the-scenes piece which follows the two girls who play the daughters on the show to Rayna. It's not that informative of a piece and only some of the Nashville set backdrop and prop world is visited through it. 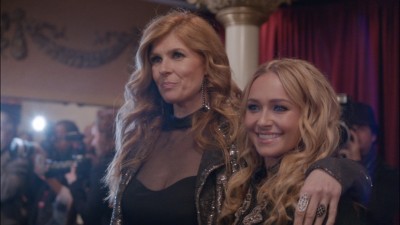 Nashville surprised me a great deal. I went into the show expecting to find a decent series with reasonably good music. I walked away from my experience feeling as though the show was in fact much more creatively interesting than anticipated with solid characters, good scripts, and worthy direction. That's not even taking into account the music. The music is arguably what's most impressive about the show as it brings audiences a fresh new take on what can be done artistically on a musical television series.

The show features newly written, original songs that were crafted by real Nashville songwriters. The series also gains something significant through the contributions of the acclaimed musician T-Bone Burnett, who brings great music to the table with Keefus Ciancia. Audiences looking to find some great music on television will find a lot to love about this series, especially if one has any affection for some good country music blues.

Some viewers may consider this show a guilty-pleasure as it does have a tendency to be reminiscent of a soap. Yet, if it is a "soap" it's a really good one that is going to entertain, without question.  Nashville is well made and it's well worth checking out for fans of good television productions. It's one of the more intriguing show's of the past year. I imagine the series will find it's loyal audience continuing to grow now that it's on DVD, and in a set with high-quality PQ/AQ (even if the supplements are lacking).