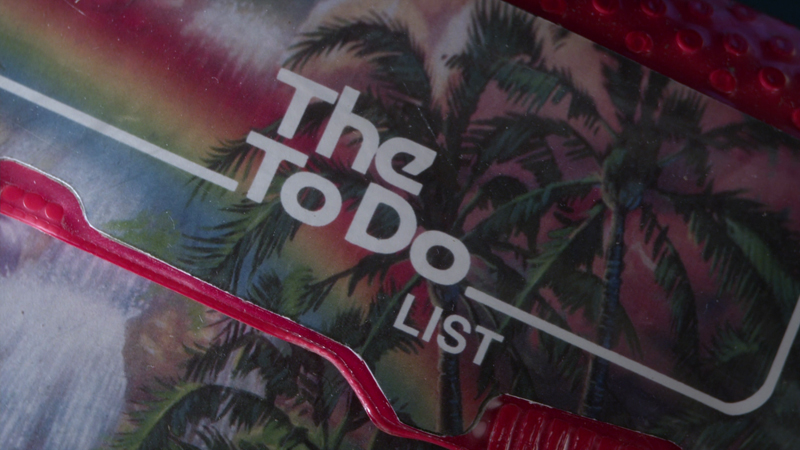 
The Show
The thing about The To Do List that I hate the most is the way it makes me realize my own personal gender biases. I can watch a movie like American Pie, about teenage boys seeking out sex and enjoy it for the raunchy romp that it is, but the second the teen looking to get laid is a girl, suddenly I'm clutching my figurative pearls, full of worry that she's doing the wrong thing, when they are both just looking to enjoy the physical pleasures of the act. Certainly, my fear, which arises out of my role as the father of an eventual teen girl, is based in much logic, as only girls face the repercussion of pregnancy, since the guy can and often does just walk away. But I definitely can feel a need to protect the female as the root of my inability to give myself over to enjoy this quest for conquest.

Fortunately, the feature debut from writer/director Maggie Carey (Funny or Die) is able to smash through those feelings and offer a very entertaining distaff angle on the teen sexual awakening. The story of Brandy Klark (Aubrey Plaza) is every bit as awkward as that of any male teen hero who has come before, as the goody-two-shoes valedictorian decides that she will not be going to college without having popped her cherry, and, inspired by her sexually-adventurous sister Amber (Rachel Bilson) and cheerleaded by her two more experienced friends Fiona (Alia Shawkat) and Wendy (Sarah Steele), creates a summer "to-do" list of sexual activities that leads up to full-fledged intercourse.Though going from zero to 60 like this seems a bit over the top, the idea that Brandy gives her all to everything she sets her mind to is well-established, so it all makes perfect sense in the film. 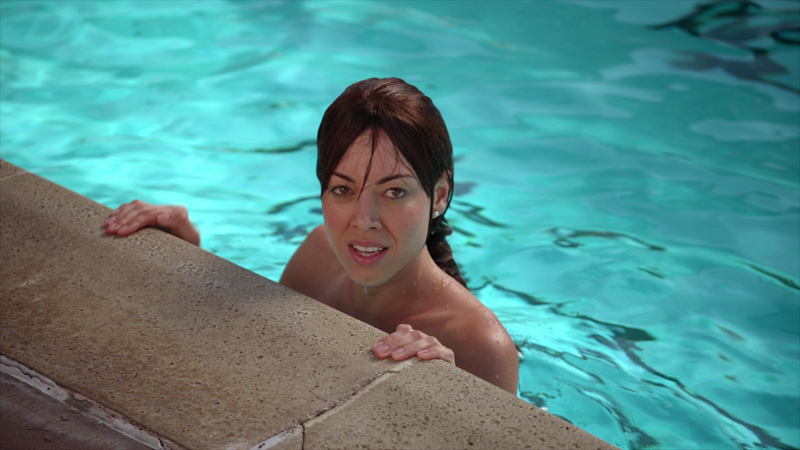 Carey made a smart decision by making this a period piece, setting it in the early ‘90s, which lends the movie a strange mix of innocence and heightened sexualty (the music on the soundtrack makes it seem at times like every song released in the ‘90s was purely about sex.) It also places the film just ahead of the emergence of the Internet, which would have killed the idea, as Brandy would have had easy access to far more sexual material than she does (helping maintain a sense of discovery in her journey.) By keeping it away from the socially-networked present, she doesn't have to worry about cyber-talk about her new-found sluttiness, which would have wrecked havoc on the plot. It also allows for the costumes to capture that era, which was fashionably questionable from all sides. My own predilection for neon t-shirts, overalls and eventually near-blouses with garish prints is a particularly low point for me couture-wise, and thankfully few if any pictures of the time exist.

Starting with Plaza, who manages to play Brandy as both super-confident and exceedingly uncomfortable, sometimes in the same moment, the cast here is brilliant and remarkably star-studded for an independant feature-debut, partially thanks to Carey's Upright Citizens Brigade connections, and at least partially likely due to the presence of Carey's husband, the great Bill Hader, who plays a schlubby public-pool manager (and acts as an executive producer.) Shawkat and the adorable Steele are a well-balanced duo as Brandy's best friends, while Johnny Simmons (Scott Pilgrim vs. the World) is perfect as her platonic buddy/sexual experiment Cameron (who gets Christopher Mintz-Plasse as his own no-good pal.) There are a ton of big names throughout, including Andy Samberg as a grunge rocker, hilarious Clark Gregg (The Avengers) and Connie Britton as Brandy's parents (who have their own fun sex storyline going on), brief parts from Adam Pally (Happy Endings), everyone's favorite NBC page and an extremely young Nolan Gould from Modern Family, as well as a welcome turn by Bilson, who mainly gets to look hot and act whorish. The only name that doesn't impress is Donald Glover, who doesn't get a lot of material to work with as one of Brandy's co-workers at the pool. Scott Porter (Friday Night Lights), who is a pretty good Taran Killam stand-in, doesn't get a lot to do either either as the hottest guy in town, but he plays the part right, and if this is the feminine version of a sex comedy, he's definitely the ladies' T&A.

While the film is often hilarious, as any scene with Hader is, along with the sibling rivalry between Brandy and Amber and the cringe-worthy interactions between Brandy and her parents, what's most striking is how downright filthy the movie can be. I am no prude, but it is surprising to see just how far The To Do List goes in depicting Brandy's experimentation (which results in the biggest MPAA ratings explanation I've ever seen.) None of it is played salaciously (there is no nudity in the film), whether it's Brandy masturbating, giving and receiving oral and manual pleasure or anything else, but it is a bit shocking when, at one point, she has a hard time explaining what she's been doing. But like the teen sex comedies we've seen before, the physicality is played for laughs, and there are plenty of those, while the film also tries to play it straight as far as the characters' stories go, exploring the consequences of Brandy's actions (while avoiding an afterschool-special tone.) As enjoyable as the overall package is, as a father, it's a bit hard to chuckle at the idea of a dad catching his daughter in the act and it not slowing her down one bit. That's just creepy. 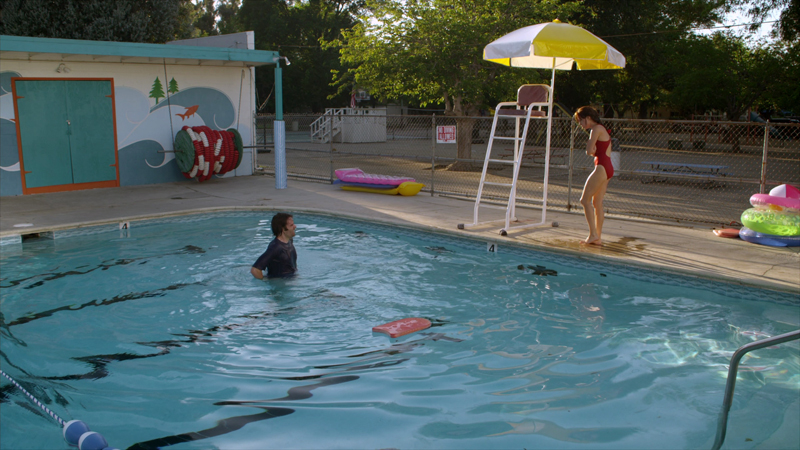 The Disc
This film arrives on one disc in a standard-width BR keepcase, which has a dual-sided cover. The Blu-ray features an animated ‘90s-themed menu (think Saved by the Bell), offering the option to watch the film, select chapters, adjust languages and check out the extras. Audio options include English DTS-HD Master Audio 5.1 and Spanish Dolby Surround 5.1 tracks, while English SDH, English and Spanish subtitles are available.

The Quality
The 1080p, AVC-encoded transfer is quite nice, offering up appropriately bright color (representative of the era) and a rather high level of fine detail, full of texture. Black levels are deep, with night scenes coming off well, while skintones are handed without issue. There aren't any obvious digital distractions in this presentation.

The DTS-HD Master Audio 5.1 soundtrack is solid across the board, with the dialogue coming off crystal-clear in the center channel, while the surrounds throw in some atmospheric effects and sound effects, while carrying the weight of the film's soundtrack, which delivers a mix of major pop hits from the ‘90s with seminal alternative tracks from groups like Pavement, James and Big Head Todd and the Monsters. Everything sounds great, but as with most dialogue-driven comedies, there's nothing much in terms of dynamic activity.

The Extras
The key extra is an audio commentary with Carey and Hader, which benefits from their affinity as husband and wife, as they joke around while covering the info you'd want to know about the making of the film, including how the movie was cast, what parts of the film were inspired by Carey's life, stories from the couple's youth and, of particular interest in this film, talk about the costumes. Though entertaining thanks to their interaction, like the tales of ADR and wigs, the level of detail that is provided about the production is the key reason to check this track out.

There's a trio of deleted scenes (3:55) which include some deleted plot points, but there's not much to them. During the commentary, a number of deleted scenes are mentioned, including more with Pally, but they are unfortunately left out.

A trio of featurettes kicks off with a focus on the director with "Maggie Carey: Directing Her To-Do List," a brief piece at just three minutes. It's something of an overview, like a condensed version of the commentary. Then if you're in a hurry and just want to enjoy the filthy things that are said in the film, "Dirty Mouth" (2:07) is your best bet, as it's a reel of the film's profanity. Meanwhile "The Re-Do List" (2:55) is a gag reel, which is funny, as you would expect with this cast, but the chance to see Hader doing his Doc Brown is always welcome. This could certainly be longer. 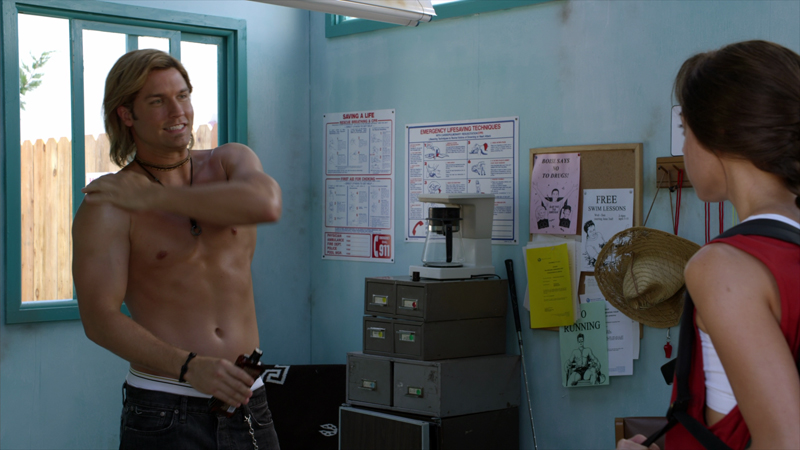 The Bottom Line
The To Do List is entertaining for a number of reasons, between Carey's fun script and solid direction, an all-star cast and a ridiculous plot, but its most unique aspect is the way it reverses the traditional roles of the teen sex comedy, giving the ladies a hero who makes poor choices in the pursuit of a booty call. The release offers impressive audio and video quality, and a small set of extras (including an enjoyable and informative commentary) making it worth your while for fans of Plaza and Hader or sex comedies that go all the way.