Touch of Sin, A 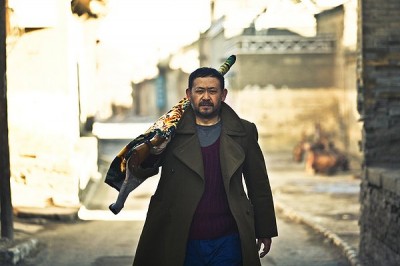 Chinese director Jia Zhangke (The World, Platform) returns with an ambitious four-way drama about violent impulses and their lingering after-effects. A Touch of Sin cobbles together a quartet of seemingly separate stories, all of which crossover in minor ways, adding to the theme that supposedly random acts and minor decisions can lead to grave outcomes.

The tales take place in neighboring locales around China, ranging from a rural mining town to a larger factory city. Players travel between the differing parts, touching off the next scenario. There is Dahai (Jiang Wu), a blowhard whose questioning of upper management leads to a brutal pushback; San'er (Wang Baoqiang), a man who has turned to crime to avoid being stuck in a boring job in his hometown; Xiaoyu (Zhao Tao), a woman whose lovelife isn't going as well as she'd hoped; and Xiaohui (Luo Lanshan), a young man in search of the right job.

In some of the stories, the focal characters turn to violence in retaliation, answering violence done unto them. In the others, violence offers a way to opt out. By stringing these shorts together, A Touch of Sin creates a pattern of behavior. Violence begets violence. Poor decisions equal poor results. It's not just in how we treat one another, either. It's also there in how we treat animals, be it a horse pulling a cart, cows being led to slaughter, or tropical fish waiting to be returned to the sea. These urges are primal, good or bad, and all creatures are part of the same chain. Prey or predator, caged or free. 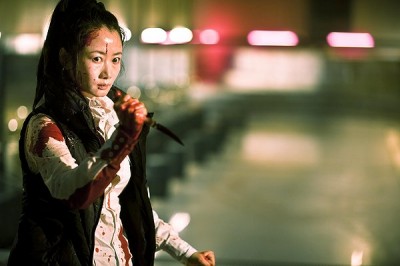 The actual violence in A Touch of Sin is presented with a stylistic clarity. When fighting with bare hands, Zhangke's characters exhibit a kind of choreographed chaos, moving swiftly and precisely, but also with a certain grotesque clumsiness. When they pick up weapons, their abilities increase, their movements are graceful and direct. The contrast serves as a subtle indictment of movie fighting. When left to use our natural abilities, we are limited and it's not very glamorous. But then Dahai grabs his rifle or Xiaoyu pulls a knife, and there are added sound effects and more profound results. At one point, San is on a bus with a whole passenger load of people watching a bloody action movie, and they are all silent and unaffected--as we were moments before when we watched San gun down a married couple and steal the wife's purse. Sex inspires similar detachment. Xiaohui ends up working in an upscale brothel, and the girls there perform their duties with a perfunctory coldness (including one the boy falls for, played by newcomer Vivien Li.)

It all works very well, and quite possibly because Zhangke doesn't labor too hard to draw his connections or underline any similarities. He builds his case gradually, starting with the more visceral action movie tropes before slowly inching the rug out from under his audience. Many films before A Touch of Sin have indicted viewers for their bloodthirstiness by whipping the camera around on the voyeur, but A Touch of Sin takes a less obvious tack, changing the nature of the violence in such a way that it changes how we feel about what we see. Is one attack justified any more than another? And who is the victim and who the aggressor?

This approach effectively makes the cleansing that comes in the film's final scene as much for us as it is for the fictional participant who remains. 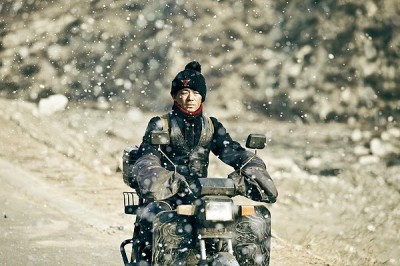