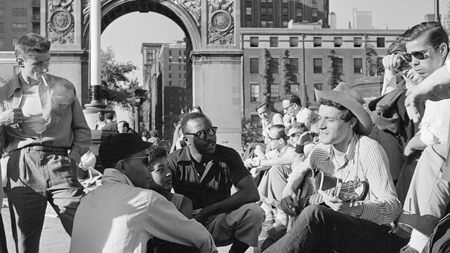 The 2012 documentary Greenwich Village: Music that Defined a Generation arrives on DVD strategically timed to Joel and Ethan Coen's feature film Inside Llewyn Davis, with a similar message that the early '60s folk scene was an invigorating time to be a musician. It's a decent watch, especially if your idea of that time in New York's Greenwich Village conjures up the stereotypical likes of dingy coffee dives, bongo drums, beatniks and earnest guitarists railing on the guv'ment. As is often the case, the film unveils a reality that is messy and often more intriguing than the image.

Greenwich Village floats along on the glass-half-full notion that when lots of creative, idealistic young people come together, magic happens. While the film contains lots of inspiring music and quotes from those who were active at the time, it also suffers from being unfocused - not surprising for a project centering on a particular place, yet encompassing several decades' worth of performers and political movements. Director Laura Archibald structures the film as a loose patchwork of interviews and vintage performance clips, in a broad, often frustratingly wide scope that extends from the '40s-'50s Americana of Woody Guthrie and The Weavers through the '70s mainstream success of the singer-songwriter movement. Broadly themed segments are vaguely tied together with retro-cute animation and Susan Sarandon's voice-overs, reading passages from the memoir of '60s Greenwich Village habitué Suze Rotolo (it's part of this film's flawed way of presenting things that we don't get any real way of knowing who Rotolo is; just a graphic of the Freewheelin' Bob Dylan album cover implying that she's the young woman seen on Dylan's arm). To be honest, it's not a very well-crafted documentary (it really seems cobbled together), but there are a lot of interesting tidbits relating to that scene amid the film's casual, thrown-together presentation.

Because many of Greenwich Village's interviewees are candid and refreshingly non-nostalgic, the recollections can be quite appealing - even for those who aren't fans of folk music. The participants seem genuinely grateful to have had a part in it, even as they acknowledge the limits of the folk genre (there's even an entire segment with these accomplished musicians basically stating that most protest music is awful). Subjects talked about include Harry Smith's hugely influential Anthology of American Folk Music compilation, the explosive arrival of Bob Dylan, the memorable work of underrated talents like Phil Ochs and Ian & Sylvia, and the inevitable conflict that came when many musicians were signed to major labels and groomed for pop success. Relatively little talk relates directly to Greenwich Village itself, such as the peaceful 1961 protests that arose when the city ruled that permits were needed for folk musicians to perform in Washington Square Park. Some of the better-known musicians sharing their thoughts here: Pete Seeger, Kris Kristofferson, Don McLean, Peter Yarrow (Peter, Paul & Mary), Arlo Guthrie, Lucy and Carly Simon, Tom Chapin, Melanie, Buffy Sainte-Marie, John Sebastian (The Lovin' Spoonful), Michelle Phillps (The Mamas & The Papas), José Feliciano, Steve Earle and Judy Collins.

Director Laura Archibald set herself up with the huge challenge of documenting a varied, long-lasting scene with Greenwich Village, but the scattershot results make the film hard to recommend. It's a shame, since Archibald got lots of astute observations from her subjects and wisely chose to illustrate it with fascinating, not so well-known '60s vintage performance clips (including glimpses of Joni Mitchell and Cass Elliot, a few years before they became famous). It's a fun watch for fans of that scene who don't mind a bit of rough docu-funkiness; those seeking a concise, chronological overview of that movement will be let down, however. 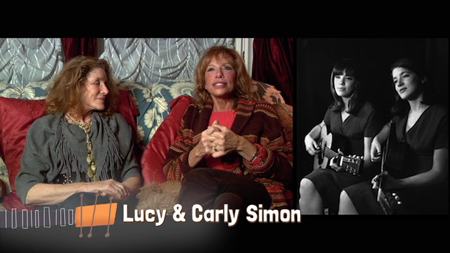 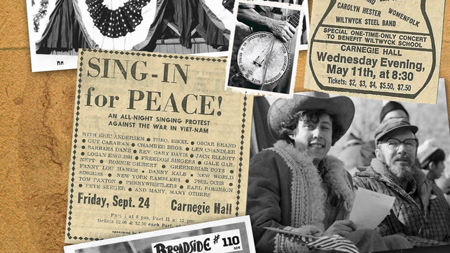 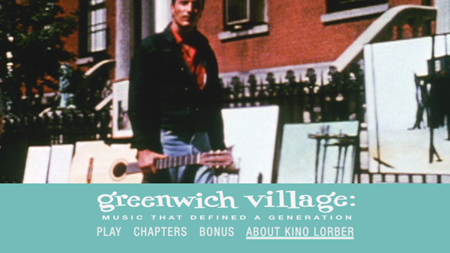 The 16:9 image on Greenwich Village: Music that Defined a Generation generally looks clean and bright with good light/dark balance and a pleasingly saturated color palette. Some of the interview subjects and archival performance clips have a distracting pixelated texture, however.

The disc is furnished with a single Stereo soundtrack, which is somewhat underwhelming yet perfectly adequate. The dialogue and music are mixed to a good effect, with neither element drowning out the other. No subtitles are provided.

Presented in letterboxed 4:3 aspect ratio, the disc contains 17-1/2 minutes' worth of additional interviews from the various musicians. There's also a short live performance of "Turn Turn Turn" sung by Harry Chapin's family. The film's theatrical trailer and previews for other Kino releases Ain't In It for My Health and Violeta Went to Heaven round out the bonuses.

For those who are curious about the bohemian folk music scene that inspired Joel and Ethan Coen's Inside Llewyn Davis, the documentary Greenwich Village: Music that Defined a Generation ought to satisfy that itch. This appealing but fragmentary, unfocused effort gets by on plenty of first-hand anecdotes and not-so-common archival clips. Rent It. 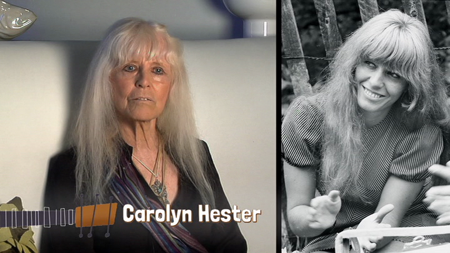 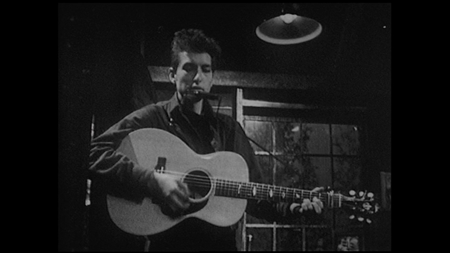 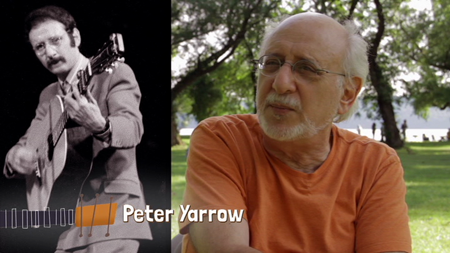