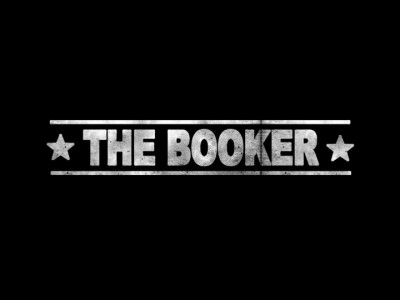 
The Movie
The Booker starts with Stephen Scarborough comparing pro wrestling (at its best) to Shakespeare's Globe Theater. Scarborough, known in wrestling circles at Steven Platinum, is not unfounded in his comparison, as both offer big drama and intertwined storylines intended to entertain the lowest-common-denominator who surround the stage. The similarities probably end there though, as no actor playing Lear was likely to wear a tiny speedo while body slamming his fellow performers. But in each case, the main goal is the same: put on a show for the crowd.

You're forgiven if you've never heard of Platinum Championship Wrestling, especially if you don't live in Atlanta, Georgia, the promotion's home base. Platinum, who's been in and around wrestling for most of his adult life, learned the craft between Japan and the tutelage of ‘80s wrestling icon Jake "The Snake" Roberts (seen in archival footage), and started a school in Atlanta to train younger wrestlers in an art he feels is disappearing thanks to the way the WWE presents its product. This film, which follows Platinum and his team for several years, starting 2008, traces his attempt to build his school into a legitimate promotion with live shows and TV programs. Your own personal knowledge of PCW will tell you the results of this effort, which started with him needing to change the name before taking on his first student. 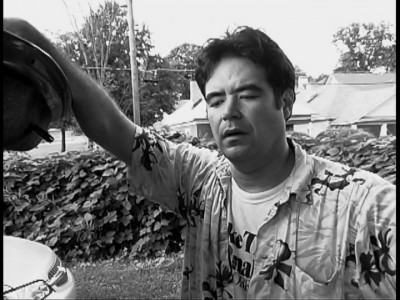 The movie has three tracks, essentially. The core story follows Platinum on his journey to hoped-for wrestling success. It's a classic underdog story, as well as the story of a man who will not back down when all evidence suggests he should. If one was to write a story with as many road bumps and roadblocks as Platinum faces, you'd be accused of melodrama, but if nothing here is faked (and why would it be?) you're watching this man and his team run head first into walls for 95 minutes when even the cameraman can point out obstacles in their way. You get to understand a bit about why they do what they do though, as the film takes small detours to meet the people behind the singlets, like the rough-edged mom, the banker and the former bouncer, and of course Platinum. Watching this film, one could start to see it as something of a real-world analogue for Christopher Guest's striving-for-fame mockumentary Waiting for Guffman.

Though their stories are interesting, the look behind the curtain at sports entertainment is equally as fascinating. After decades of this corner of "sports entertainment" protesting that what they do is real, to see how it all comes together on a minor-league level is beyond intriguing. No one here is pretending PWC wrestling is real. What it must be though is entertaining, as there's no safety net. If the fans don't return, food isn't bought and mortgages go unpaid. The film watches as latinum pushes the group from small shows at local theaters to a big event at a local college, giving it a very natural structure and storyline that's easy to follow, and, unfortunately, easy to get ahead of. That's in part because the movie gets stuck sometimes, struggling with when to cut away and move on. One scene, which observes Platinum throwing a backstage fit (one of many), the point is made far sooner than the editor chooses to advance the storyline.

Directed by first-time documentary director Michael Perkins, The Booker is shot in a grainy black-and-white, handheld style that lends added authenticity and a Raging Bull-like drama to the story. Watching the film, it's obvious that going without color was the right choice, as it works with the gritty, underground feel of indie wrestling. Other than an awkward Polaroid film-like transition with chapter titles between segments, which negatively affects the pacing by putting a hard border on scenes, and the frequent voice of the camera person asking questions, the film is very bare-bones, light on music (outside of the wrestling montages) and mostly free of talking-head interviews, instead utilizing on-the-scene stand-ups. The style choices keep the focus on showing, rather than telling. It creates a very fly-on-the-wall feel, and results in an entertaining peek inside a world of dreamers wanting to put on a show. 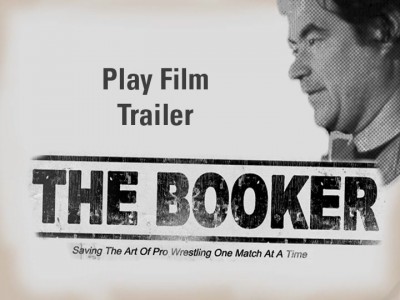 The DVD
The film arrives on one DVD (which looks to be a DVD-R, , which is packed in a standard keepcase. The DVD features a static full-frame menu with options to play the movie anc check out the bonus content. There are no audio options, nor are there subtitles or closed captioning.

The Quality
The full-frame transfer is as glamorous as the promotion the film profiles, but it all fits the feel well. When not striking, the movie can be grainy and fuzzy, but the image is mostly stable, with some occasional aliasing along hard edges. There are no issues with dirt or damage, and there are no notable concerns about compression artifacts. This is one of those presentations that is what it is.

As a lo-fi documentary, this movie doesn't give its Dolby Digital 2.0 track a lot to do, but the results are clean, without any notable distortion and decent separation between the music and natural sound. Some of the interviews have some issues with shallow sound, but that seems to be a production problem, rather than a reproduction one.

The Extras
The only extra is a trailer for the film, which does a nice job of selling the idea of the film. 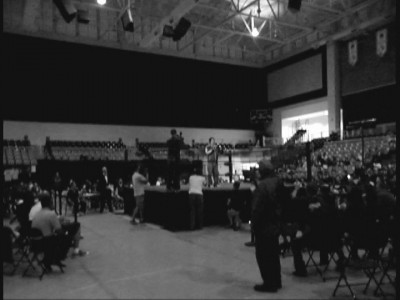 The Bottom Line
I've never been one to chase dreams, at least not at the risk of taking a real loss, so I have a hard time understanding those who do, but that doesn't stop their attempts from being entertaining. This film manages to cover a good amount of ground in the less glamorous side of wrestling and the people who love being a part of it, even if the film could use some liberal cuts to trim down the fat. With a rough-looking film, the quality of the DVD is good-enough to satisfy, but there are no extras, so your value is limited. Wrestling fans and those into a good underdog-against-the-world story will find a lot to like here.