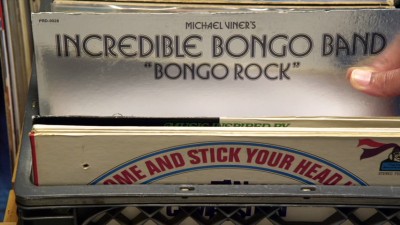 At its essence, Hip Hop is all about placing the old and forgotten in a new and different context. In its own obsessive-compulsive way, Sample This uncovers a corner of that universe.

For this 2012 documentary, writer-director Dan Forrer spent years investigating the 1973 white-funk instrumental "Apache" by The Incredible Bongo Band - one of the most sampled Hip Hop breaks ever. How this obscure track became a phenomenon in the world of urban deejaying and scratching is an intriguing enough story on its own, and Forrer fills in all the details (perhaps too much) in recounting how this "group" of mostly white session players came to create something with a shelf-life that lasted much longer than anyone anticipated.

Narrated by rocker Gene Simmons (a seemingly random choice whose participation is explained in the film), Sample This dashes all over the place in a narrative that encompasses Robert Kennedy's assassination, famed mime Marcel Marceau, b-movie classic The Thing with Two Heads, and two iconic families of yesteryear (Manson and Partridge).

As it turns out, Sample This' telling of the The Incredible Bongo Band's formation is a fairly fascinating story in itself (and, despite the DVD's packaging, the Hip Hop angle makes up just a small part of the film as a whole). Those curious about L.A.'s music/entertainment scene in the early '70s would get the most enjoyment out of this - since most of the musicians from the I.B.B. were interviewed, one cannot accuse it of lacking comprehensiveness. The Incredible Bongo Band was the brainchild of Michael Viner, one of those enterprising but not particularly talented men hanging around the fringes of the entertainment biz. As a producer and promoter at MGM Records in 1972, Viner used his limited studio expertise to oversee a funky instrumental score for the Ray Milland/Rosey Grier flick The Thing with Two Heads (Grier, a friend of Viner's, shares a few stories on the making of that opus). One of the tracks from that film's soundtrack LP, a groovy update on Preston Epps' 1959 hit "Bongo Rock," became a hit single in Canada - due to MGM's falsifying its provenance to gain airplay under that country's radio laws. Bolstered by that success, Viner then assembled another group of L.A. session cats - some from "Bongo Rock," some not - to record a full album at Vancouver's Mushroom Studios. Guided by the capable touch of veteran producer Perry Botkin, Jr., the sessions for Michael Viner's Incredible Bongo Band and follow-up LP The Return of The Incredible Bongo Band yielded a bunch of competent, faux-Funk instrumentals (including a most unlikely-ever cover of "Sing Sing Sing"). Among those tracks was "Apache," an upbeat rocker originally performed by U.K. instrumental combo The Shadows in 1960.

While the propulsive, percussion-heavy arrangement on "Apache" allowed for impressive playing from drummer Jim Gordon and bongo master King Errisson, it was pretty much just another track on an ephemeral LP of cash-in funk which might as well have been used as background in a Mannix episode. It took a new crowd of crate-digging emcees to transform it - and, specifically, "Apache" - into art. Although Sample This doesn't delve into the song's afterlife with the same zeal as the recording of it, the doc does contain expert testimony from Hip Hop legends like Afrika Bambaataa and DJ Kool Herc. Along with ?uestlove of The Roots, they're here to explain the concept of Breaks - the perfect, minimalist beats-and-yelps snippets from old records which form the bedrock for many a Hip Hop track.

Sample This stands out amid music docs simply for being so ultra-specific, and it's generally well-made enough to keep up interest in the often arcane stuff it delves into. If you're seeking out everything that went on during The Incredible Bongo Band's short lifespan, this is the film for you. The central subject would have made for a better hour-long project, however - about a third of its 83-minute running time is padded out with unnecessary asides. Anecdotes about the personal life of Michael Viner (who died in 2009) and the sad, post-Bongo fate of the outfit's brilliant drummer Jim Gordon detract from the main point. These tangents, intriguing as they are, have a tenuous connection with the Bongo Band, and none at all with Hip Hop. 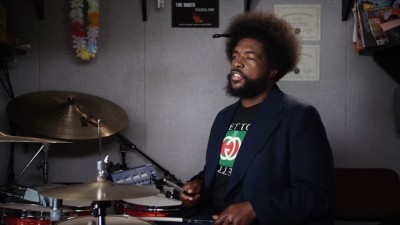 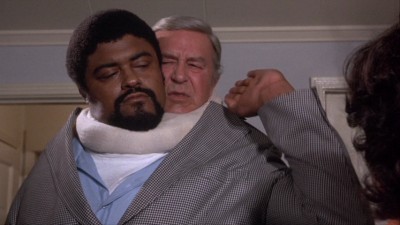 The 16x9 widescreen image on Kino Lorber's DVD edition Sample This sports a nice, clean look with good color saturation and pleasantly balanced light/dark levels. The photography sports the antiseptic feel common to digitally shot projects, but it's spiffy and super-slick. Vintage clips are all over the place, quality-wise, but I'm happy to report that they used excellent, pristine-looking footage for the films discussed (for a kreppy '70s flick, The Man with Two Heads looks brand new).

The Sample This DVD sole audio track is a simple yet clean stereo soundtrack, a professional sounding mix with pleasant balance between dialogue and music. Considering the amount of archival audio used, there isn't a whole lot of hiss or distortion. No subtitle track is provided.

Phfft. The only extra here is a text-only About Kino Lorber page.

How is it even conceivable that one of the cornerstones of Hip Hop music had its origins with an ad-hoc group of L.A. session cats jamming in the ghettos of Vancouver? With an insane attention to detail, Sample This tracks the recording and unlikely afterlife of 1973's "Bongo Rock" by The Incredible Bongo Band. The film is solid rental for Pop Culture ephemera hunters, although be aware that much of its 83 minutes is spent on topics that have nothing to do with Hip Hop - or even music in general. Rent It. 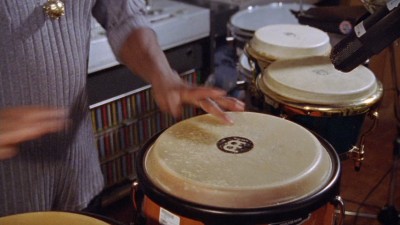 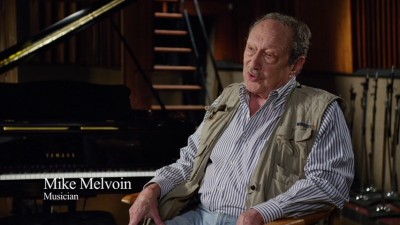