Secret Life of Walter Mitty, The


Who knew that James Thurber's short story The Secret Life of Walter Mitty would be such an arduous task to reinterpret on film? Sure, Danny Kaye did a version of it in 1947 but a modern-day retelling has been bandied about for almost two decades with any acting talent of that particular moment attached to it at some point. In a weird way it seemed like a retelling of Don Quixote for comedic actors, so seeing this version of Walter Mitty find its way to theaters is still a tad hard to believe. 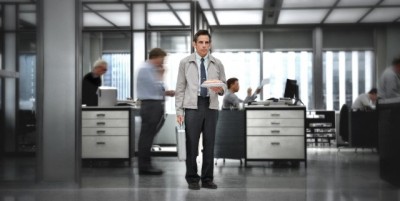 Steve Conrad (The Pursuit of Happyness) wrote the screenplay for the remake, and Ben Stiller (The Watch) not only directed the film but stars as the eponymous Walter Mitty. Walter works at Life Magazine, handling and processing the work of the famous photographer Sean O'Connell (Sean Penn, Gangster Squad). He also harbors a crush on a coworker named Cheryl (Kristen Wiig, Bridesmaids), going so far as to set up an eHarmony account to gawk at her from afar. More importantly for the film is that Walter has a tendency to stop whatever he is doing at a particular moment and daydream, putting himself in a better, braver or more noteworthy situation than what may be actually occurring for him in reality at that time. But Walter, Cheryl and many others at Life are facing layoffs as the result of Life's transition to a more digitally focused platform. With the last physical issue is about to print, Sean has sent a roll of film to Walter that includes a photo which, in Sean's words, is "The Quintessence of Life." However, the photo Sean mentions is not in the roll. So Walter sets out to find Sean and locate the missing photo so his work can be completed.

As a straight man to others' jokes and wit, Ben Stiller is not bad. He absorbs the sarcastic barbs of his boss played by a hilariously bearded Adam Scott (Parks and Recreation), and moreover Scott has fun as the closest thing to an antagonist the film has. A later scene when Walter, who has traveled to Greenland to locate Sean, finds him in a quiet bar where a very large very drunk helicopter pilot singing karaoke in a deep, Jame Gumb voice was funny while being slightly disturbing. Stiller's acumen to place a moment of humor at the right time to diffuse something that your brain has processed is well done. And Stiller has a moment here as a director. When Walter Mitty goes to Greenland and later Iceland, the exteriors are breathtaking (special mention to Stuart Dryburgh and his cinematography in the feature) and presented with little additional note. Not to be hugely tangential, but if the film's legacy is to see Iceland and Greenland, that would not be a bad thing in the least. Running into a Papa John's would normally give Walter a sense of comfort, but he appears to have long since outgrown finding things in foreign countries which are familiar and the underlying message of throwing aside the security blanket could not be clearer.

But for the fun I had watching Ben Stiller the foil to other actors onscreen and his time abroad, Ben Stiller the director (for the most part) and storyteller left me hollow for chunks of the movie. Something was said by one of the film's actors in the film about Stiller the director doing a lot of reshooting and rewriting for the film, and after seeing it and mulling about what it was I saw in Walter Mitty, that is the one thing that sticks with me. Stiller not only tends to overthink much of what goes on in the movie, but in the moments when it may be able to benefit the film it is strangely left unattended. The daydreaming sequences may have been intended to inspire awe and adventure, but for me felt like a remake of the "Ed Glosser, Trivial Psychic" bit that Saturday Night Live back in the day. It seemed to be done at the drop of the hat and almost felt like a barrage, almost masking the deficiencies in character development.

More concerning about Walter Mitty is that Stiller does not do the best job of giving the viewer enough investment in what is occurring onscreen for them to buy in completely to the events that transpire in the film. This starts with the excessive daydreaming, but it continues as the film unwinds. A big deal seems to be made from a clarifying moment Walter has as the first act goes to the second (as Wiig plays acoustic guitar to Bowie's "Space Oddity"), but the story seems to not want to give up the surreal moments too easily and it muddles the experience in the process. I get to a degree that Stiller wants you to roll with things, but just how much you want to let the disbelief completely go for the middle of the film may be the underlying key to your enjoyment of it.

Stiller is admirable in his role, carrying the weight of the story decently much like he has done in similar films. But in The Secret Life of Walter Mitty, Wiig does not feel like much of a romantic interest character and she seems to be miscast. The fact of the matter is that Cheryl has little to do in Walter Mitty, thus Wiig has little to do and is a disappointment. Patton Oswalt (Young Adult) is in the film as perhaps the closest thing to a friend that Walter's character has and his few scenes are pleasant, albeit the tiniest bit convenient. As Walter's mother and sister respectively, Shirley MacLaine and Kathryn Hahn seem to almost get as many scenes as Wiig does, but their appearance, while valuable and worthy of a laugh or two, are somewhat forgettable.

It is one thing for a film to announce its importance to the viewing public, but it is another for it to it to tell you it should be regarded when it truth of fact it lacks depth or (for most of it) earned moments of emotion. It is not that I disliked The Secret Life of Walter Mitty, it is that the life that he leads whether he dreams it or not is not as fun as Stiller seems to think that it is. 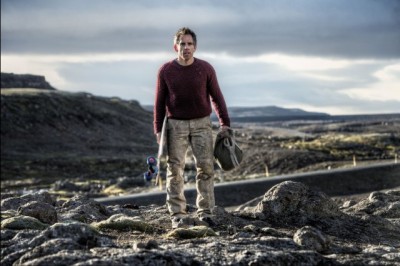