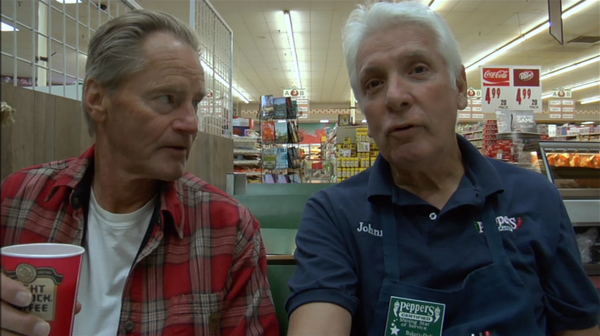 The documentary Shepard and Dark starts off seeming pretty simple and even a bit lightweight. Sam Shepard is a famous playwright and actor. He has been friends with Johnny Dark for nearly fifty years. Johnny Dark currently works in the deli department of a Mexican supermarket in Deming, New Mexico. Strapped for cash, Shepard decides to dig into the collected letters that he and Dark sent back and forth to each other over the decades, in hopes of selling them to the University of Texas to be made into a book. This gives director Treva Wurmfeld the vehicle with which to explore their shared history.

Wurmfeld spends a lot of time establishing the current lifestyles of the two men, showing their similarities in spite of their differences. They are both first seen typing, Shepard on a manual typewriter while sitting by a motel pool and Dark on a decades-old word processor while sitting in his tiny house. Shepard is a free spirit, riding around the country in a pick-up. Dark is a homebody who smokes a lot of pot and loves to take care of his dogs. They both seem to be solitary men. When they meet up, it's all laughs. They quote favorite Bob Dylan lyrics back and forth. They start cherry-picking random letters and reading the particularly funny ones out loud to each other. It's obvious they have a long history together, but Wurmfeld is stingy with dishing out details in the early going. After around half an hour, I nearly dismissed the film, thinking it might just be a celebrity-anchored puff piece.

Then, the history comes in. It turns out Shepard and Dark weren't just friends, they lived as family for nearly a decade and a half. Shepard married the actress O-Lan Jones (you might recognize her from small-ish parts in Edward Scissorhands and Natural Born Killers) and Dark married her mother, Scarlett Johnson. Both couples lived together. When Scarlett had a brain hemorrhage, the others -- including Shepard and Jones's son Jesse -- all joined in taking care of her and helping with her rehabilitation. When Shepard decided to leave his wife and son to start a new relationship with Jessica Lange, he told Dark to take care of Jesse when he was gone.

These later passages of the film are dramatic and powerful. While both men seem open when they talk about the past, Shepard seems far less interested than Dark to actually revisit those times. Dark has binders and binders full of photos, letters, and home movies. Shepard's artifacts are less complete. At one point, Shepard starts reading aloud a letter written around the time of his marriage ending, seemingly without knowing where the letter is going to go. As you see him mentally put himself back in that place, he suddenly shuts down and turns his back on the camera. At this moment, the possibility arises that the reason the most emotionally wrenching stuff was buried so deep in the film is because Shepard wouldn't let Wurmfeld go there for very long. In fact, Shepard gives up on the letters project -- which would have seemingly helped out Dark financially just as much as himself -- because he refuses to continue to look back.

By the end, Shepard and Dark is a tremendously satisfying character study, complimented by a few fascinating twists. For example, the movie is about a long and storied friendship, but it ends with the two main subjects at an emotional impasse, in different parts of the country, not really speaking to each other. Yet, the film does not play this up for melodrama and maintains a gentle low-key tone throughout. (This mildness is underlined by a moment where Dark watches reality television and comments negatively on the way those lives are being portrayed.)

Even for folks unfamiliar with Sam Shepard's work, this documentary stands up as an engrossing look at two men -- one famous and vaguely dissatisfied like that, and one adjacent to fame and extremely satisfied like that. 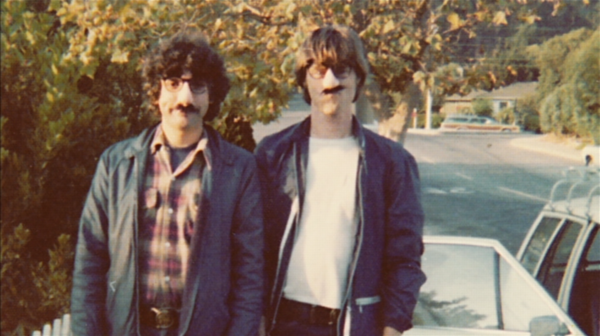 The Video:
The documentary is presented as 1.77:1 anamorphic widescreen and it looks just right for a professional DV-shot movie. No discernible artifacts or weird compression. There are some old photos and home videos, which inevitably show their age, but that's to be expected.

The Audio:
The audio comes as English 5.1 Surround and English 2.0 Stereo. While the 5.1 track adds a little more atmosphere to scenes and oomph to the music cues, it's not a drastically different mix from the 2.0. That said, all the talking sounds clear and understandable, and I find no fault in either track. The disc also features English subtitles.

Final Thoughts:
A potent story of friendship and its shifts over time that snuck up on me just when I was about to give up on it. Recommended. 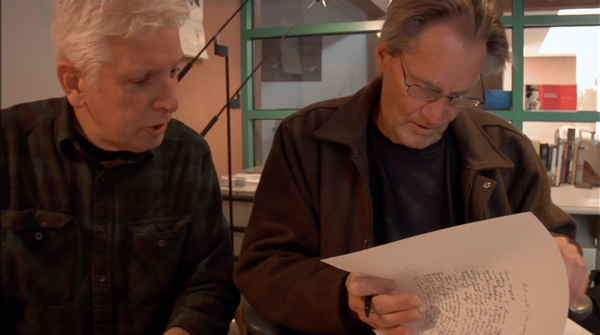