Gourds - All The Labor, The 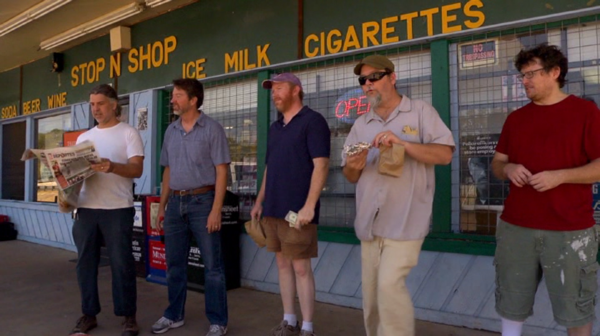 The Gourds don't look like rock stars. Early in the documentary All The Labor, the Austin, Texas-based band is shown posing for publicity shots, while the photographer shouts vaguely, "Do something interesting." We never see the completed photos, but surely the band just looks like five average, middle-aged, overweight, mostly bearded white guys -- nothing sexy or flashy. No easily definable hook.

The band's biggest sort-of success was an irreverent bluegrass-flavored take on Snoop Dogg's "Gin and Juice," which became an internet sensation and, according to the film, was the most downloaded song during Napster's peer-to-peer heyday. Of course, as anyone familiar with the weird habits of Napster users could guess, the track was often labeled as the work of other bands, like Phish. I have a clear memory of a friend playing me the recording and saying, "I don't like Phish, but now I guess I like one Phish song." Turns out, she probably still doesn't like any Phish songs. A quick look at Spotify shows that "Gin and Juice" has had nearly 600,000 plays in the past few years, which is ten times more plays than The Gourds' second most popular song on the service.

Band members are asked by director Doug Hawes-Davis if "Gin and Juice" has become their "Free Bird," a fluke hit that audiences want to hear at every show and that the band doesn't really want to play. While there is some lingering uneasiness about "Gin and Juice" as their legacy, the band seems content to give the people what they want, reportedly often turning the song into a longer free-form mess-around.

The purpose of this movie then obviously seems to be exposing more people to the "real" music of The Gourds, which is a stew of folk, rock, country, bluegrass, and Southern-fried smart-assedness. And, to that end, it surely does the trick. The film follows the band during the tour supporting their 2011 album, Old Mad Joy, and mixes in footage of the band shot back in 1999. There's no real narrative thread, nor a concerted effort to create a clear history of the band or to delve too deeply into their lives -- some of the band members' children make brief appearances but we're never once introduced to a spouse. Instead, Hawes-Davis goes for a series of topical segments, touching on the formation of the band, the personalities of the members, recording sessions at Levon Helm's studio, the struggles of being a semi-famous touring band, and stuff like that. These form the connective tissue between the stuff we're here for: the music scenes. All The Labor features a bunch of quite enjoyable concert appearances and impromptu intimate solo performances.

Fans of The Gourds' music I'm sure won't need convincing to check out this movie. For others, it'll depend on your musical taste -- because All The Labor is pretty much all music. If you like Americana-ish rock 'n' roll with a mischievous twinkle in its eye, then you're in for a pleasant discovery. 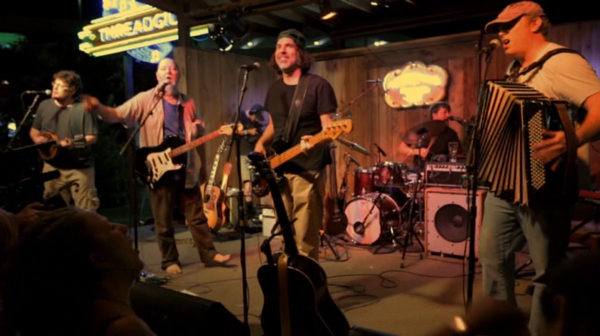 The Video:
The 1.77:1 anamorphic image is a mixed bag, as documentaries often are. The 2011-shot footage seems to have been done on a bunch of prosumer cameras, meaning the look is solid but not extraordinary (no one's going to be bummed that this didn't hit Blu-ray). The footage from 1999 is much more inconsistent and has more of a home-movies feel. This footage is pillarboxed 1.33:1, which makes the different eras of shooting easy to differentiate. The DVD mastering seems solid, considering the quality of the source footage.

The Audio:
We get a pretty good Dolby Digital 5.1 audio track (no subtitles) that doesn't feature much ambience during the talking scenes, but highlights the music quite well. If the neighbors don't mind, you should play it loud.

Final Thoughts:
Well, the flick worked on me. Now, I'm going to start digging into the band's ten studio albums. Give it a shot. Recommended. 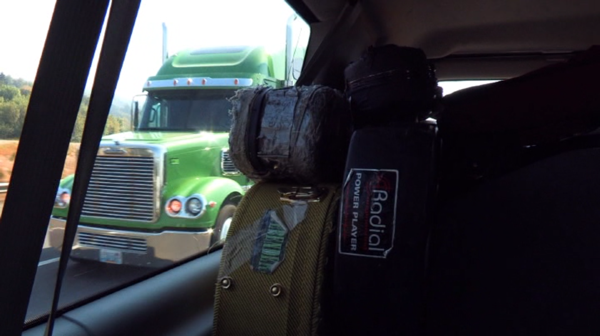