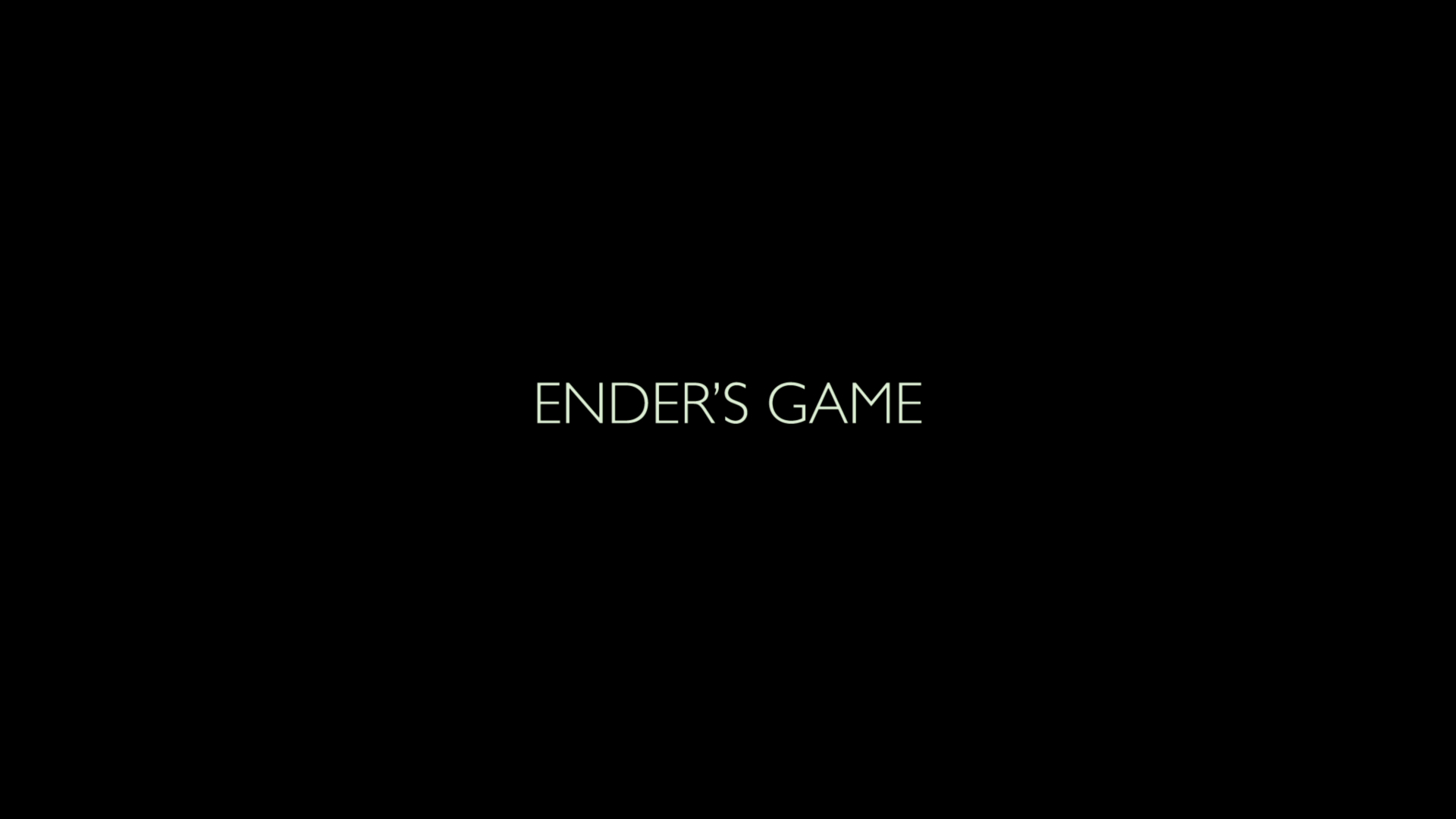 Orson Scott Card's 1985 novel "Ender's Game" is the favorite book of many an adolescent boy who longs to lead an army of futuristic warships into battle against a faceless nemesis. It took nearly three decades for the most famous entry in Scott's thirteen-novel series to make it to theaters, and the audience response was surprisingly tepid. That may have had something to do with Card's anti-gay statements that whipped up a PR nightmare for Lionsgate on the eve of the film's release last October. Card's political and social views do not creep into the film, which reveals itself as a quality if somewhat cold adaptation of the source material. Gavin Hood (X-Men Origins: Wolverine) directs from his own screenplay, and Ender's Game is handsomely shot, with seamless digital effects. Asa Butterfield tackles the role of Ender Wiggin admirably, and Harrison Ford is a gruffly enjoyable Colonel Graff. I wish the film had focused a bit more on the novel's complicated themes of blind patriotism and the emotional effects of war, but Ender's Game tows the line between weighty sci-fi and family friendly action without getting too bogged down by reader expectations.

Fans of the novel will recall the basic premise of Ender's Game: Fifty years after humans defeat an alien race known as the Formics, the International Fleet is deep into a recruiting program that takes the brightest children and trains them to defend Earth from extraterrestrial invaders. Andrew "Ender" Wiggin is one such recruit, and is promoted to Battle School "launchie" when Col. Graff notices the boy's promising strategic planning skills and fortitude. The higher-ups alienate young Ender during training, pushing him to the breaking point and creating divide between Ender and his classmates. Battle School consists of course work and simulated melees inside large, zero gravity chambers, and Ender quickly rises through the ranks alongside allies Petra (Hailee Steinfeld), Bean (Aramis Knight) and Dink (Khylin Rhambo). The ultimate goal is prepping Ender to fight the Formics should they seek delayed retaliation, but Ender questions the motivations of his superiors and his own ability to lead. 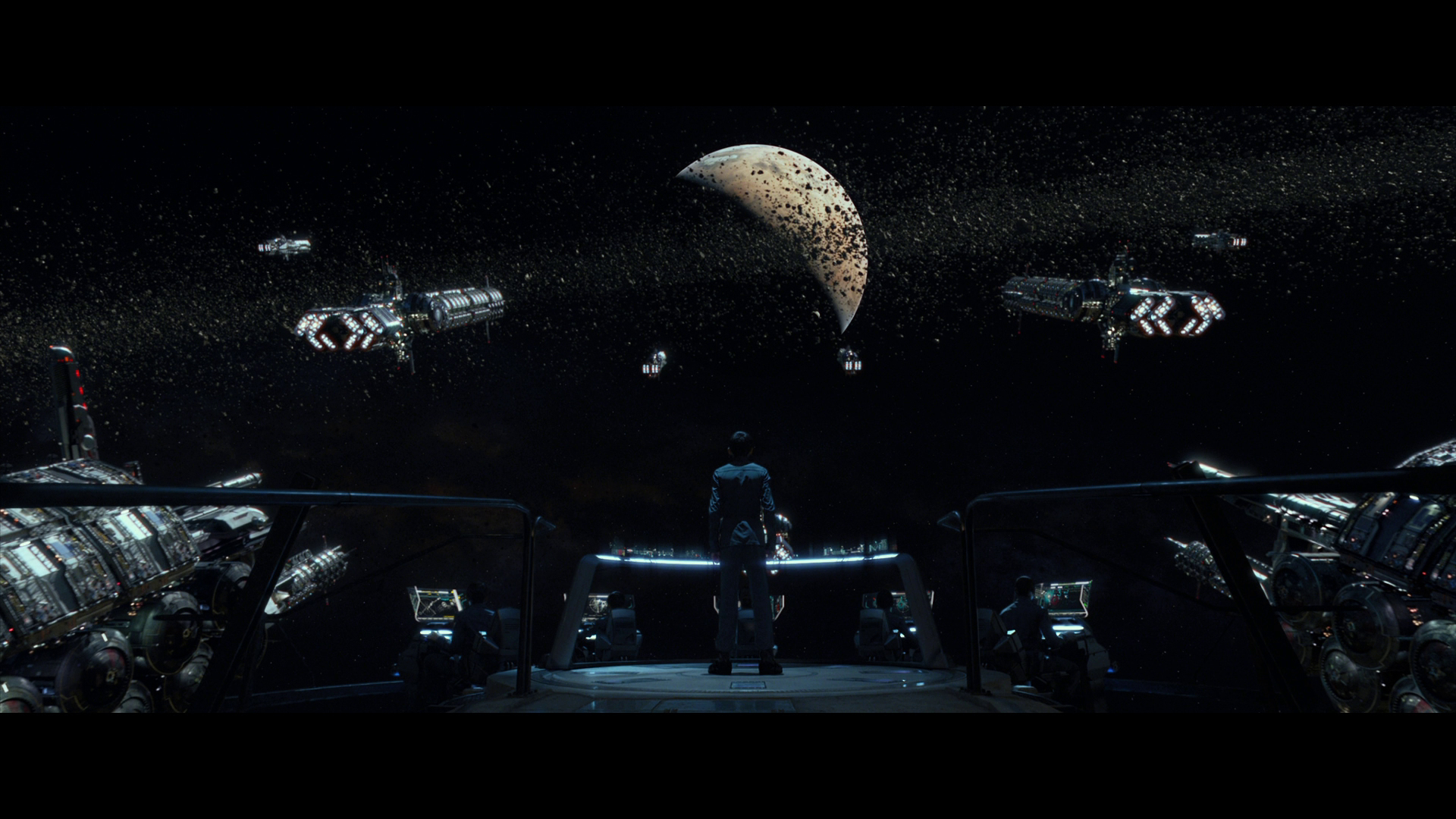 There are some pretty heavy themes in Ender's Game that are more deeply explored in the novel. Card probes the consequences of blind patriotism and allegiance to a cause in "Ender's Game," and his International Fleet is purposely dictatorial and unflinching. A big-budget theatrical adaptation was never going to be as dark as the source, but I still can't help feeling that Ender's Game is appropriately chilly but disappointingly shallow in spots. As the third child in his family, Ender grapples with his own morality, striving to lead while embodying his sister Valentine's (Abigail Breslin) empathy toward others. Ender steers clear of sociopathic older brother Peter's (Jimmy Pinchak) penchant for violence, which cost Peter his own spot in Battle School. Ender's siblings are a motivating force in both the film and the novel, but Ender's Game makes them little more than side dishes. One of the most startling bits of character exploration in the novel was Ender's ability - and occasional desire - to hurt others, like Peter, and this is something skimmed over in the film. I suspect diving down this rabbit hole of psychosis was inappropriate for a mass-audience adaptation, but this absence does dilute the implications of the ending somewhat.

The film does a surprisingly good job questioning its universe. Ender challenges Graff to explain why fighting the aliens is so important. He is unconvinced by the canned "to save the planet" response that plays on repeat from all corners of his world, and Ender's Game at times recalls a less satirical Starship Troopers. The alien menace awaits, except here the characters don't refer to them as "Buggers," which is both disappointing and probably best saved for the pages of Card's book. Much of the film's 114 minutes is spent trailing Ender through Battle School as he learns physical combat and begins using his mind to control complicated simulations. The dark virtual reality game that spills over into Ender's dreams makes an appearance, too, after Major Gwen Anderson (Viola Davis) decides to tease Ender's psyche. It is here that Ender again distinguishes himself as someone capable of solving unsolvable riddles. 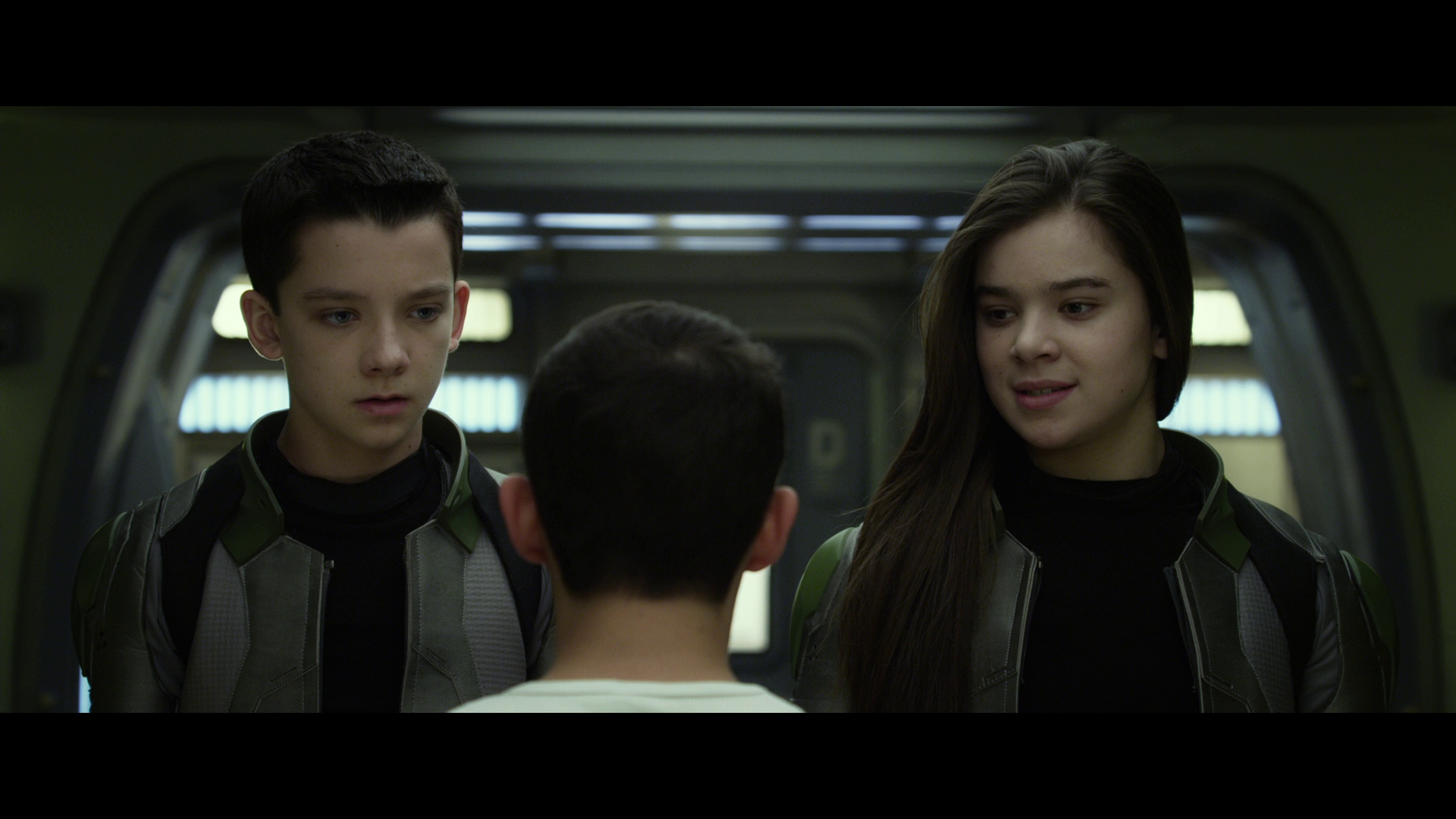 Hood's direction is much more confidant than in his messy Wolverine, and he pulls a great performance out of Butterfield, who proved quite the conversationalist during his AMA on Reddit last fall. The actor deftly balances the dark and light of Ender's personality, and is believably personable and intelligent. It is refreshing to see Ford trying again in a decent film, and he makes for a formidable superior to Ender. The supporting players are all good if largely underused, particularly Breslin, and Ben Kingsley also makes an amiable late-game appearance. The production design is impressive, and digital effects are used to enhance the beautiful, futuristic sets. Everything is glass and light and open space, and Ender's Game is handsomely lensed and edited. The film is never boring but I found my mind wandering at times, which confirms my initial suspicions that Ender's Game is somewhat detached from its audience. Perhaps a deeper exploration of the characters and themes would have fixed this problem. Despite a few dramatic hiccups, Ender's Game is a competent adaptation of complex, beloved source material that benefits from a strong performance from its young star.

Summit's 2.40:1/1080p/AVC-encoded image is excellent, and Ender's Game provides the kind of sleek, detailed presentation that high-def enthusiasts demand from day-and-date Blu-ray releases. Fine object detail is exceptional: close-ups reveal intimate facial details, incredible texture and the minute components of the film's futuristic tech. Wide shots are razor sharp, with striking depth and clarity. The color scheme is slightly desaturated and tilted toward the blues and greys of theatrical space, but colors never bleed and skin tones are accurate. The bold yellows and oranges of the battle suits really pop, and blacks are inky. Shadow detail is impressive, and black crush is never an issue. The numerous digital effects mesh seamlessly with the live-action material, and softness is nowhere to be found. I noticed no issues with digital noise or aliasing.

The 7.1 DTS-HD Master Audio soundtrack reveals the film's wonderfully theatrical sound design. Each channel is used to encase the viewer in Ender's world. All elements are perfectly synched, from the crystal clear dialogue to Steve Jablonsky's subtle score to the boisterous battleground effects. Deep space warfare rattles the subwoofer, and weapons fire from all corners of the sound field. The clarity is excellent in quiet, dialogue-heavy scenes and during these action spectacles, and the track's range is impressive. Viewers looking for a surround-heavy experience will enjoy this Blu-ray. An English 2.0 Dolby Digital mix "optimized for late night viewing" is also included, as are an English descriptive audio track and a Spanish 5.1 Dolby Digital mix. English SDH, English and Spanish subs are on the disc, too. 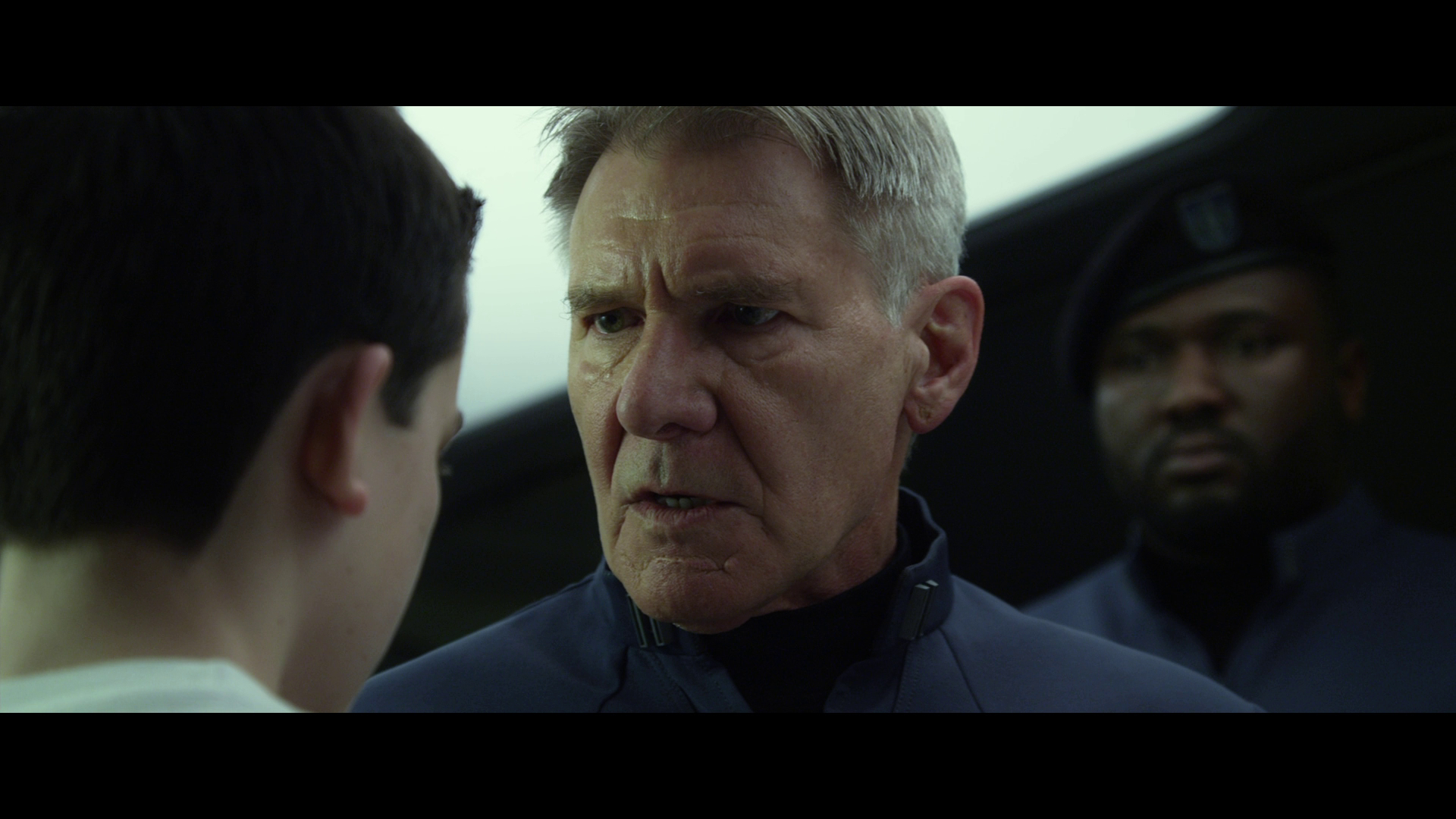 This is a two-disc "combo pack" that includes the Blu-ray, a DVD copy of the film, and both iTunes-compatible and UltraViolet HD digital copies. A slipcover replicates the rather uninspired cover artwork. You also get the standard assortment of extras: The Audio Commentary by Director Gavin Hood is quite good, and one wishes that Hood put a bit more of his military knowledge and character exploration work into the final film. The Audio Commentary with Producers Gigi Pritzker and Roberto Orci reveals why the filmmakers changed some of the book's plot points. There is also a decent making-of, Ender's World: The Making of Ender's Game (49:04/HD), which is comprised of eight featurettes. There is plenty of input from the cast and crew, behind-the-scenes footage, and discussion of the novel and its themes. Card is, not surprisingly, absent from the program. You also get some Deleted Scenes (10:49/HD); Inside the Mind Games (3:50/HD), which details the use of motion capture in the film; and two Theatrical Trailers (1:55 and 1:57/HD).

It took nearly thirty years for an adaptation of Orson Scott Card's most famous novel to make it to the silver screen. Ender's Game is a largely successful but occasionally cold adaptation of the beloved sci-fi novel. Asa Butterfield walks in the shoes of young Battle School "launchie" Ender, and Harrison Ford plays his mentor. The acting is quite good here, as is Gavin Hood's direction. The film glosses over some of the novel's more complex themes, but Ender's Game is impressively deep for a family action spectacle. Recommended. 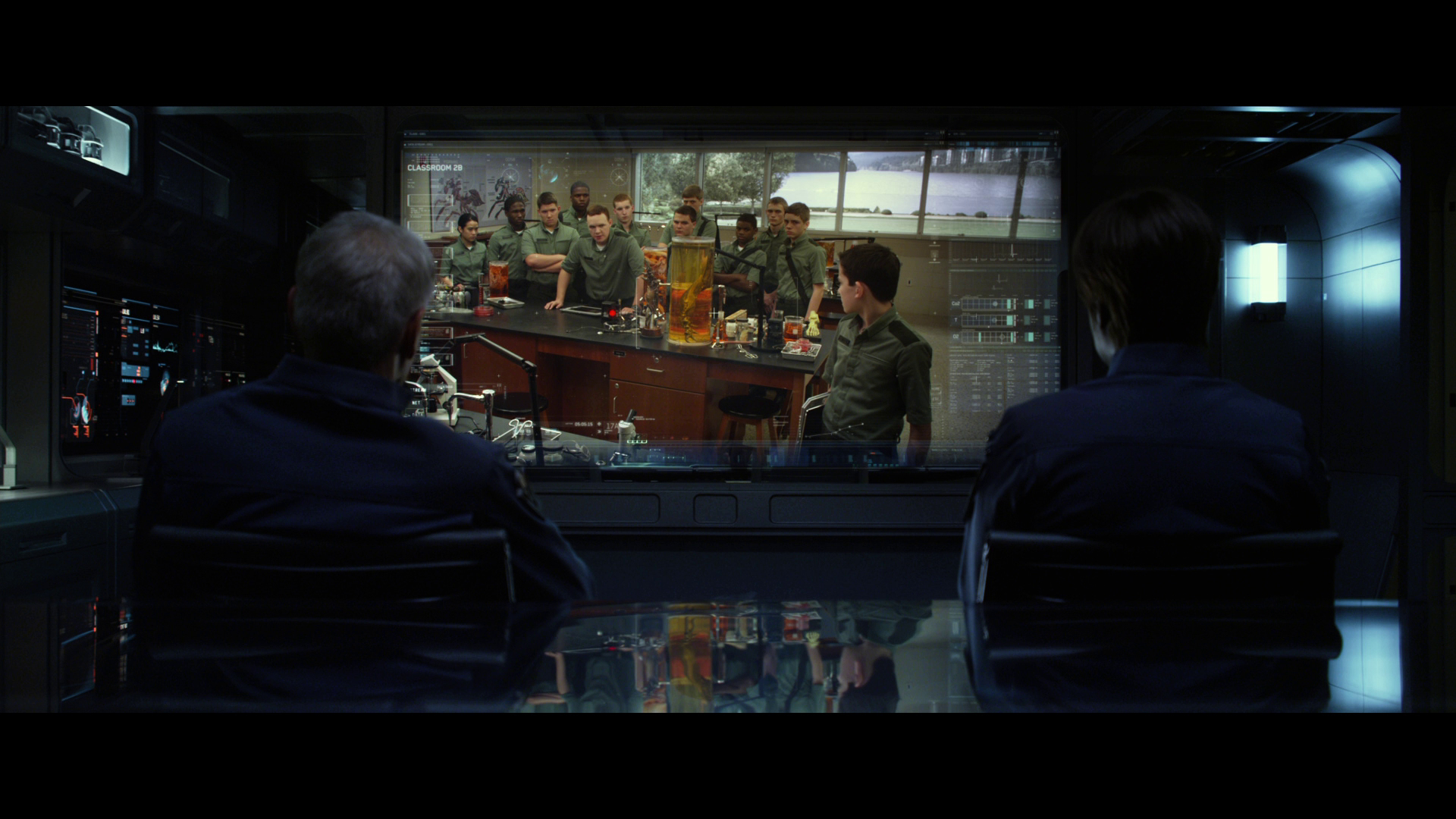 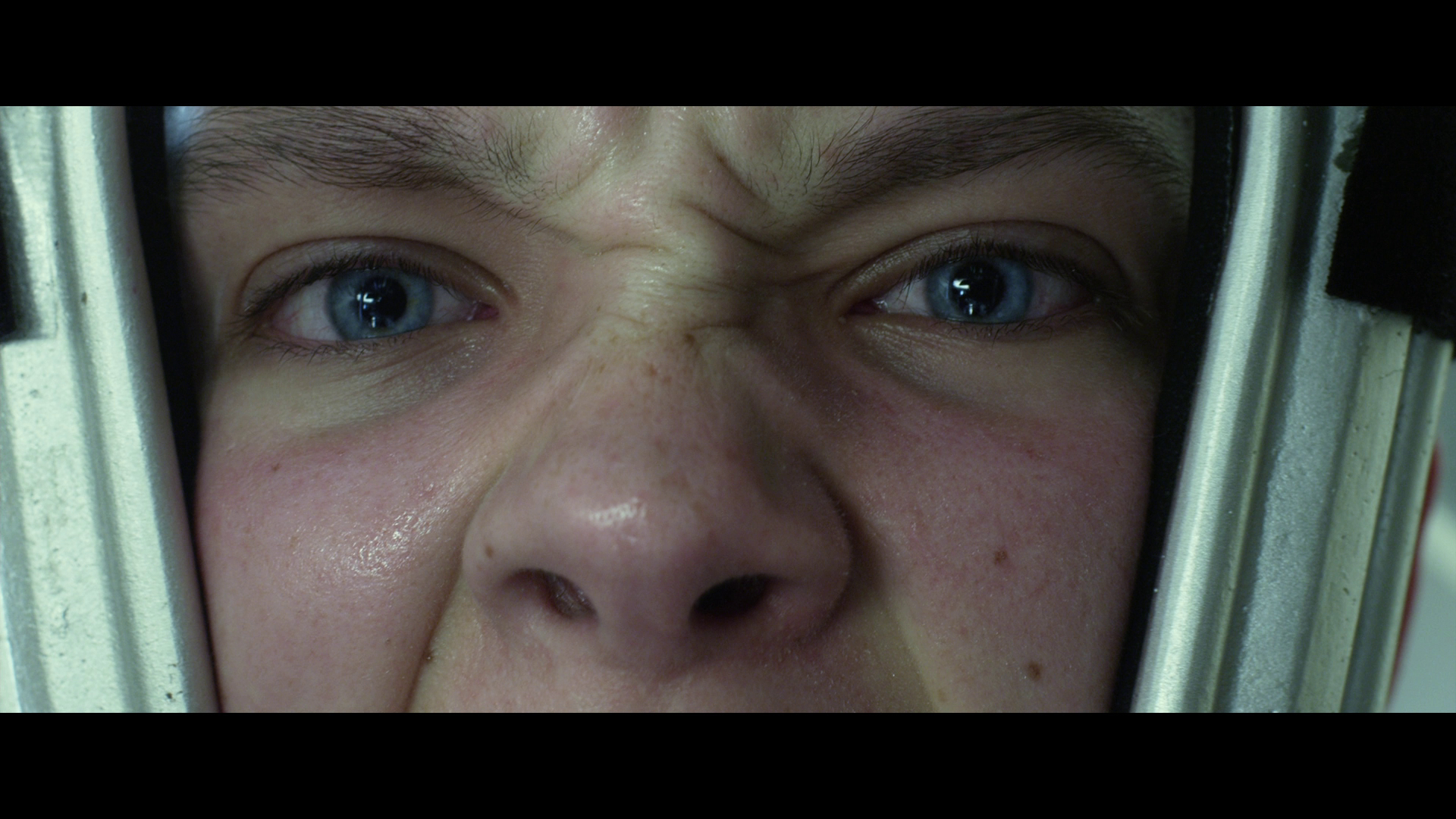 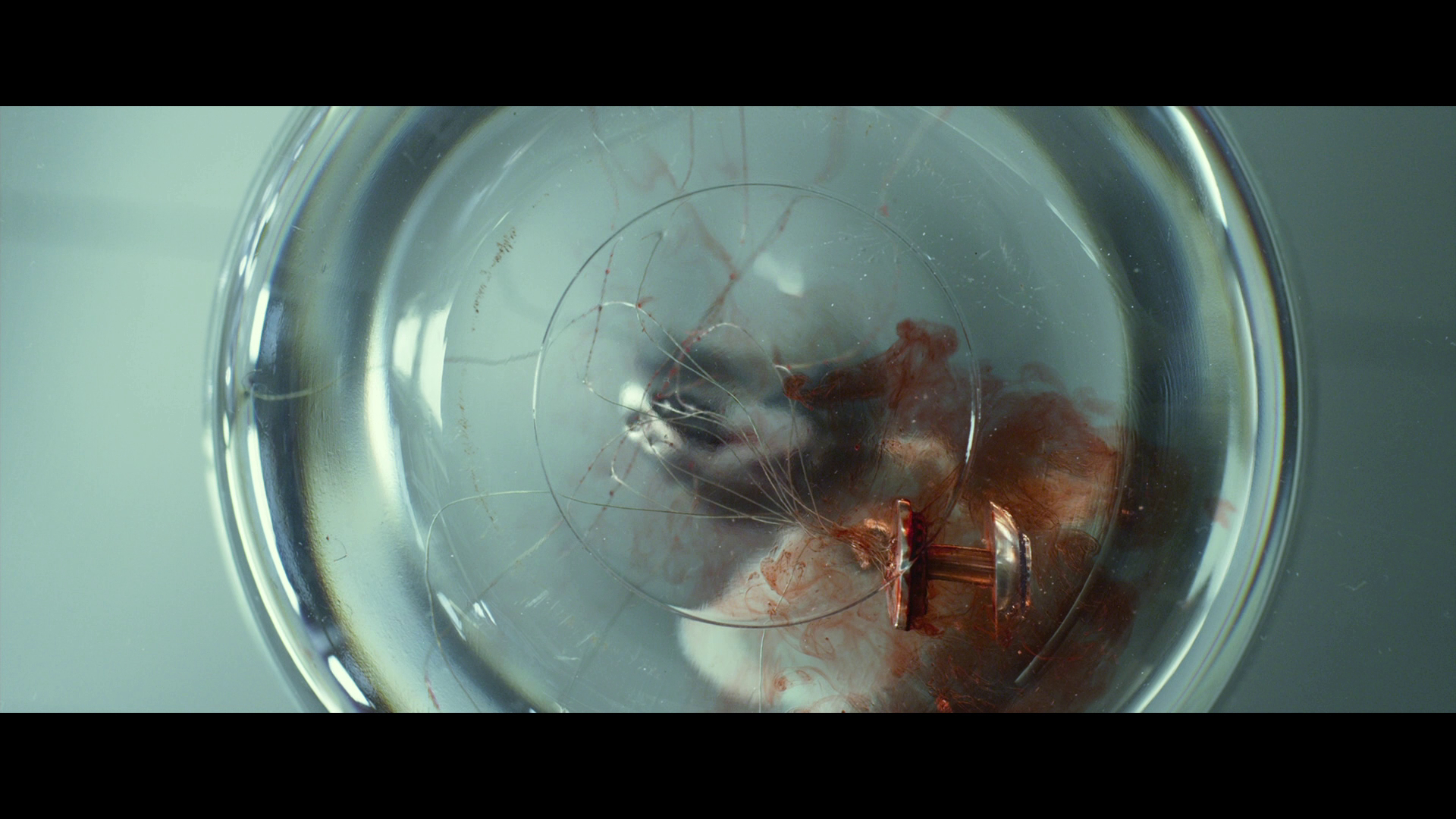 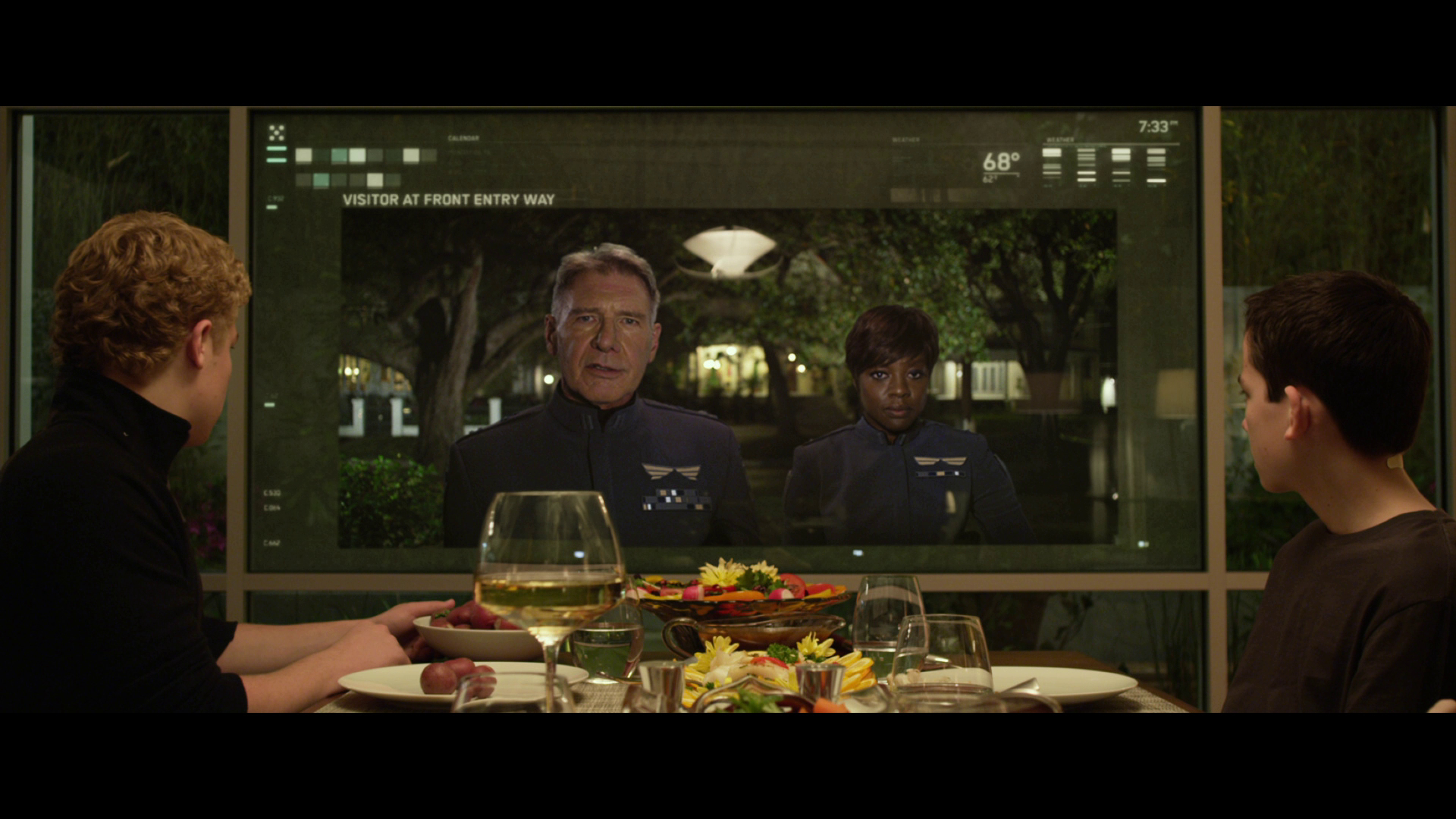 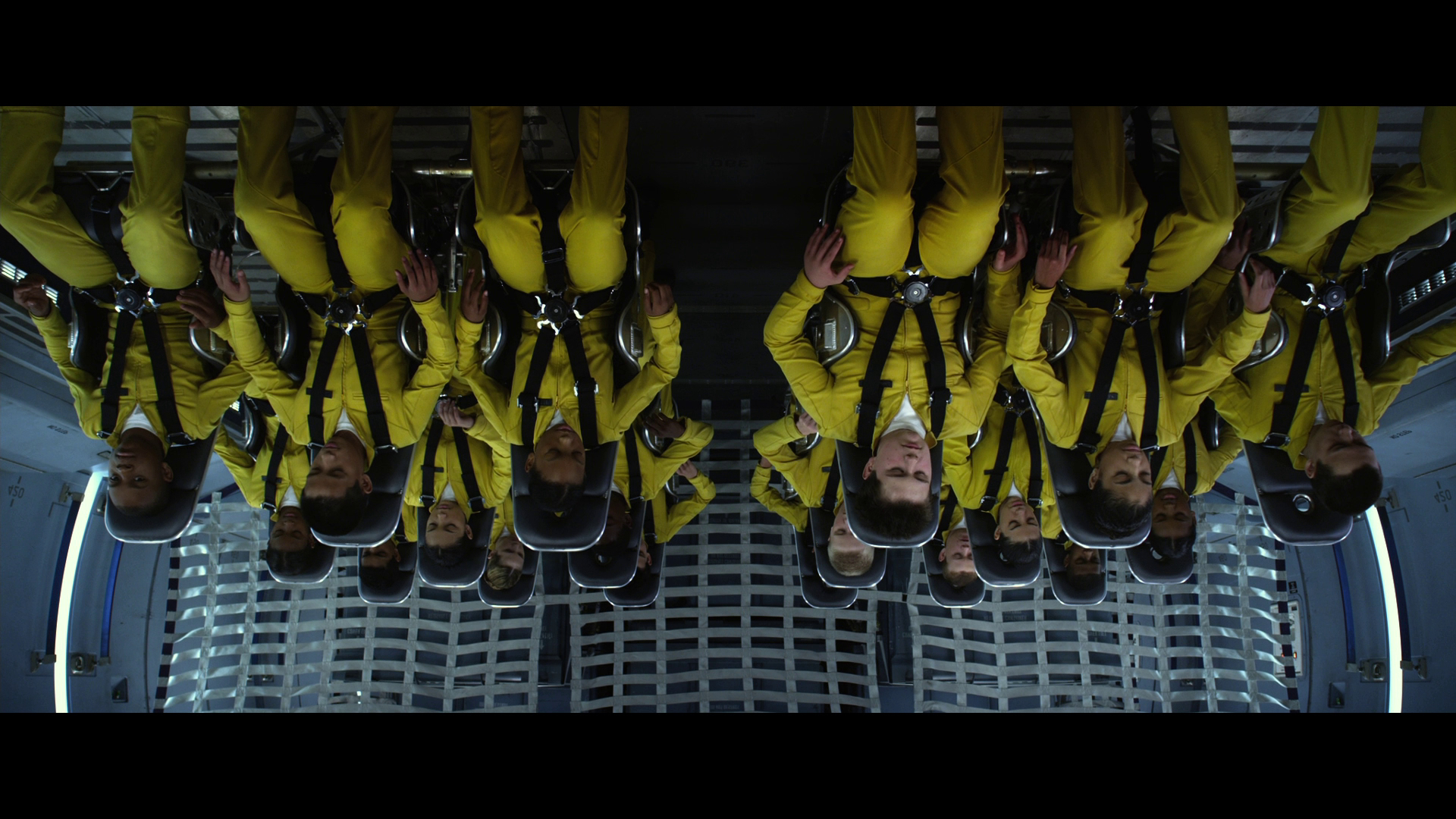 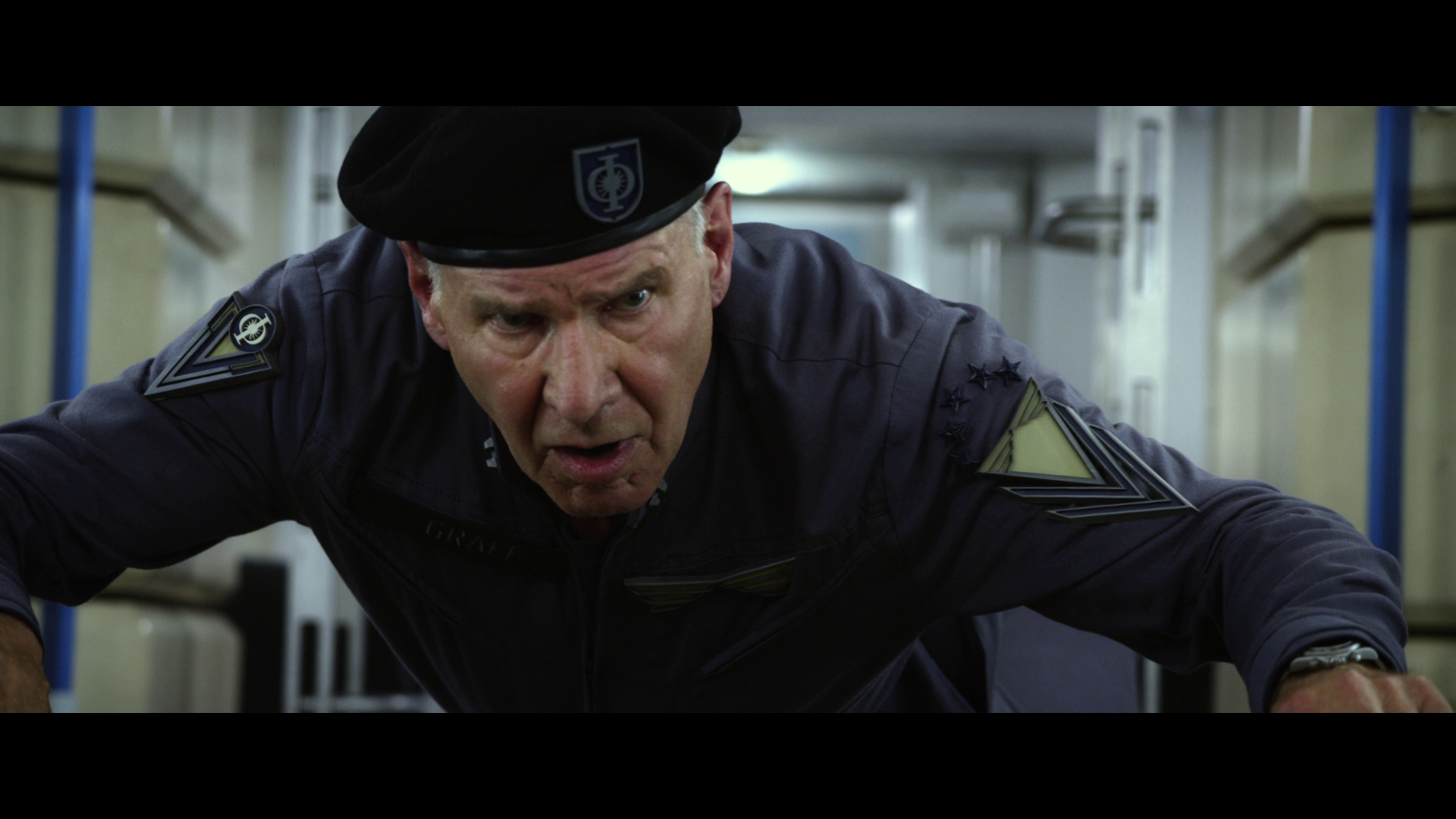 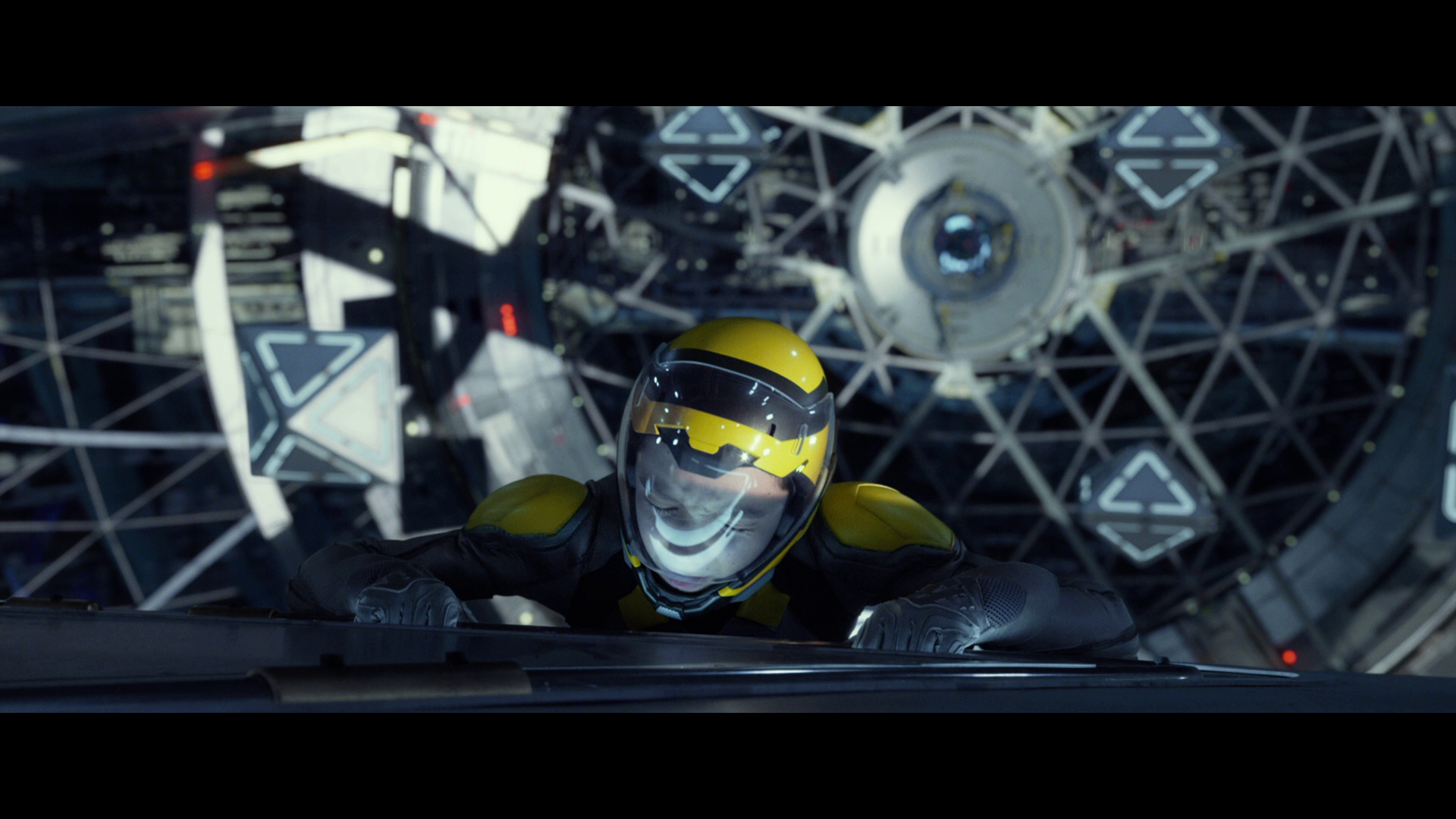 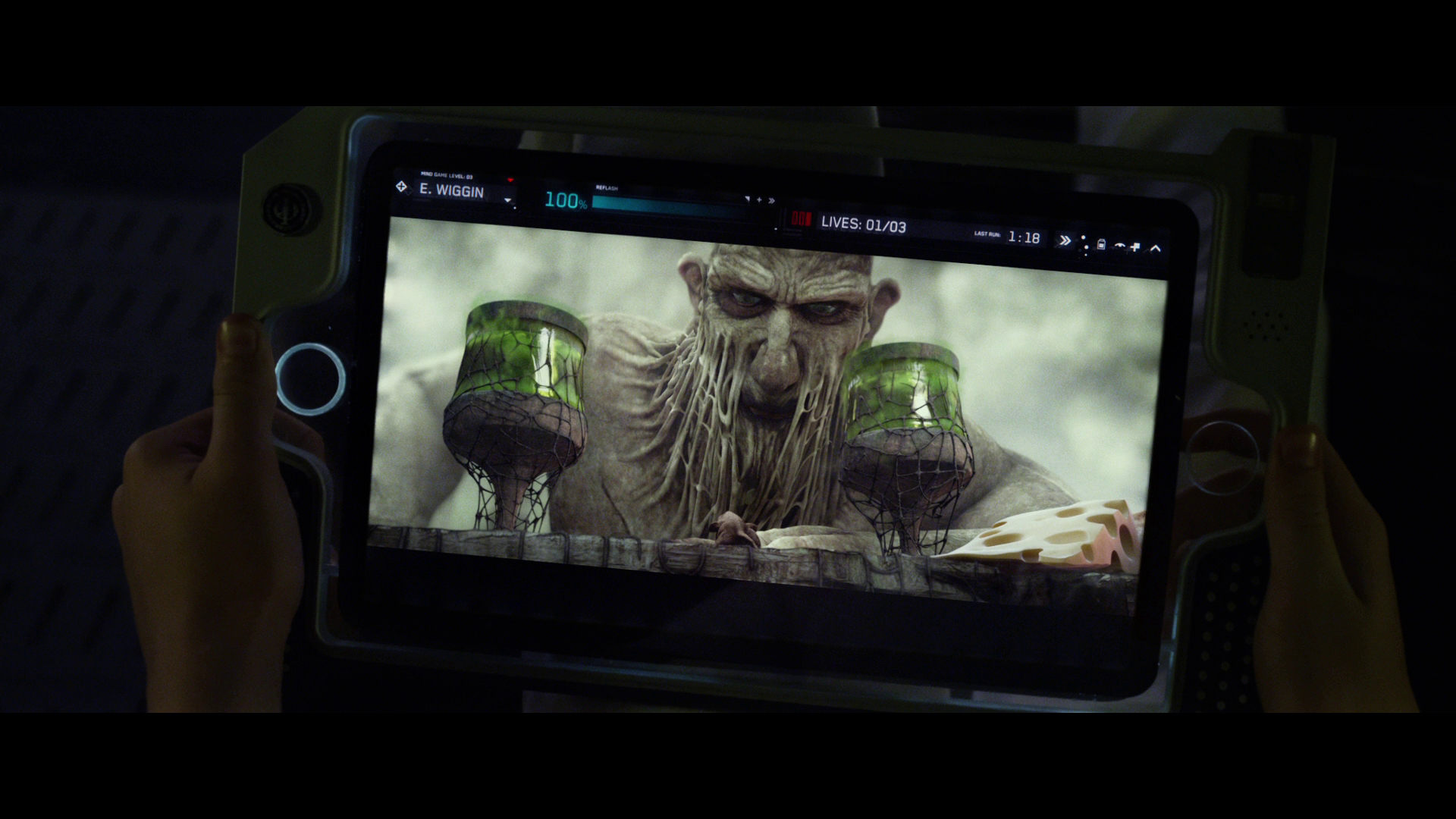 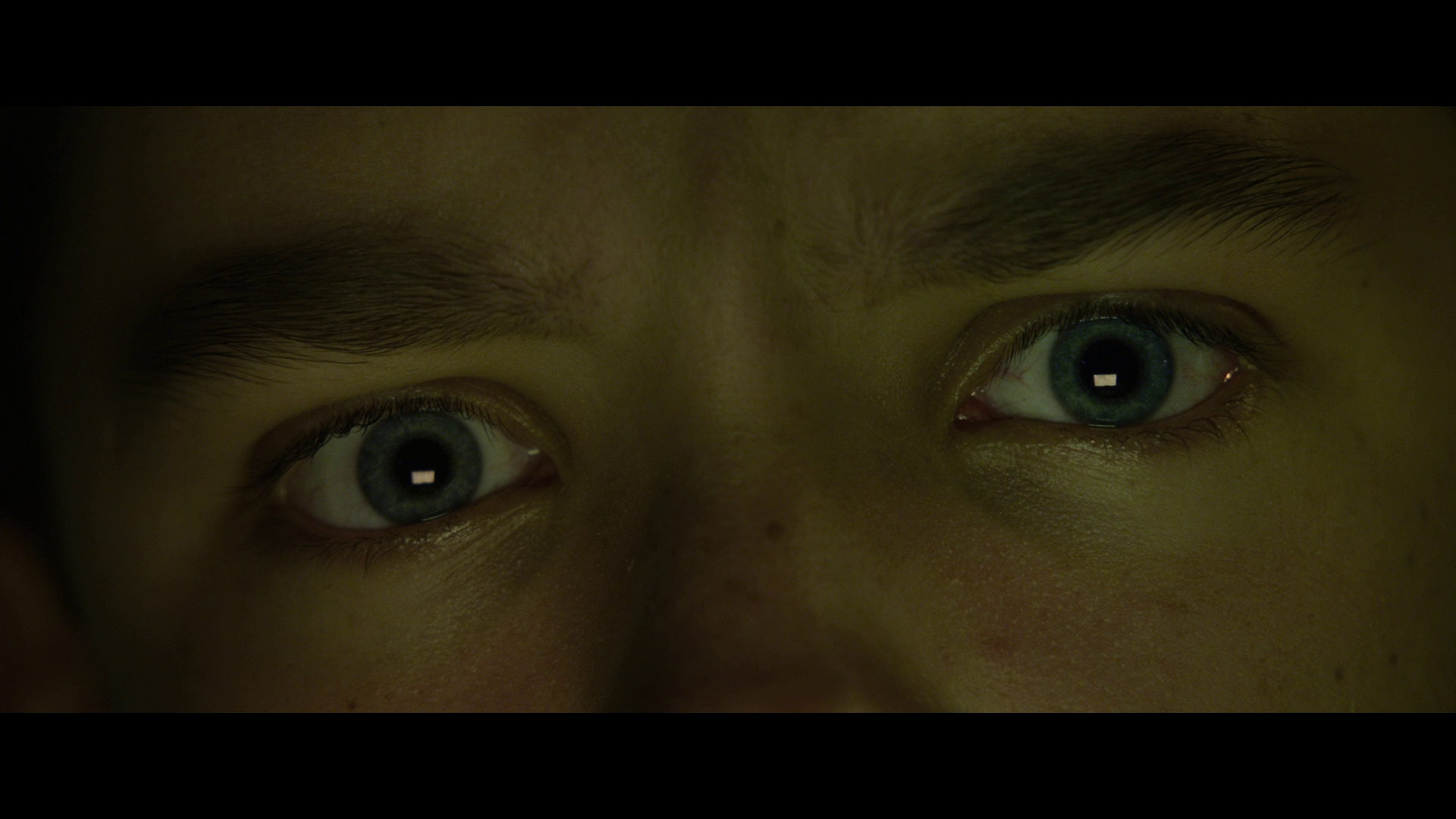 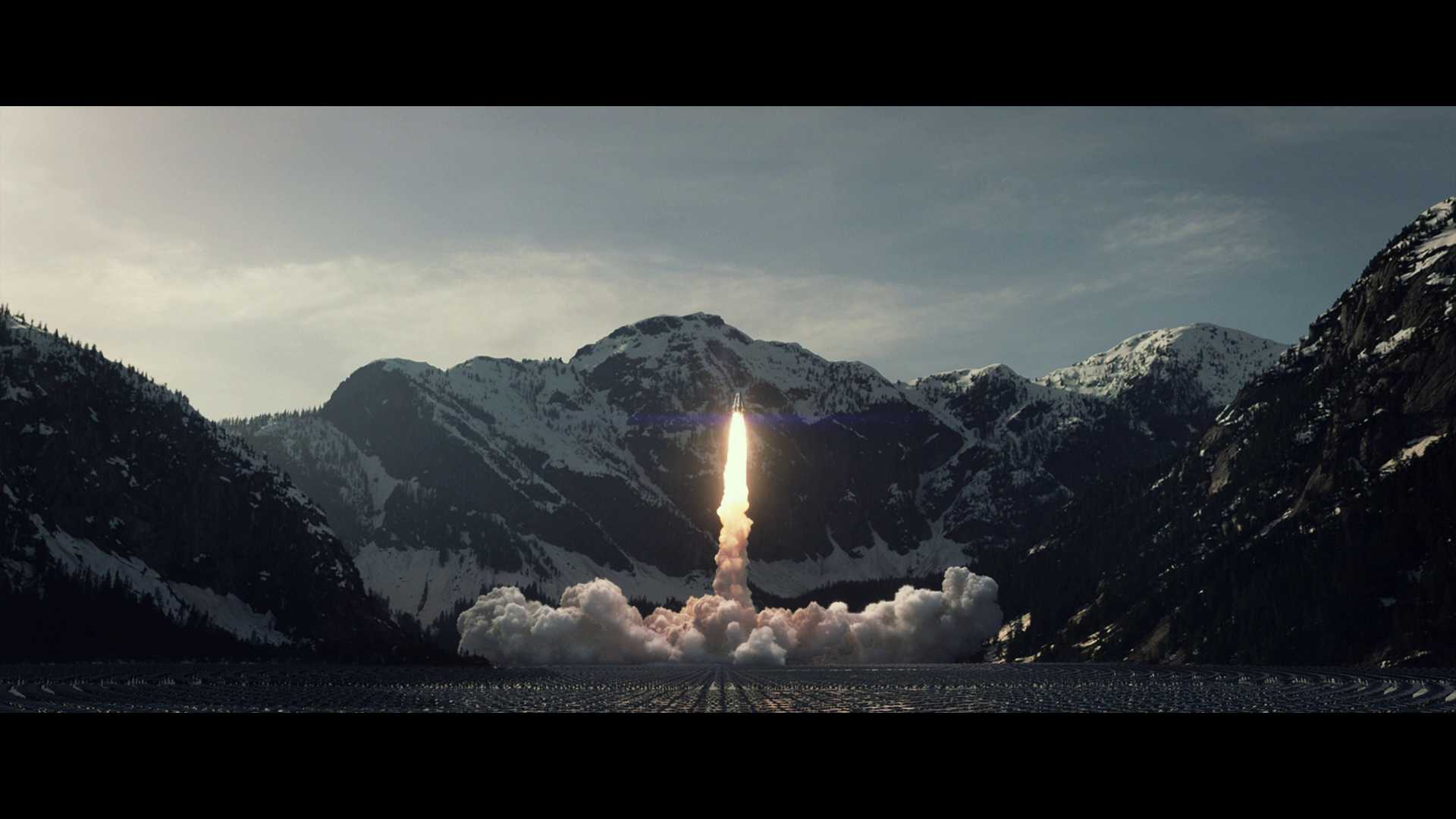 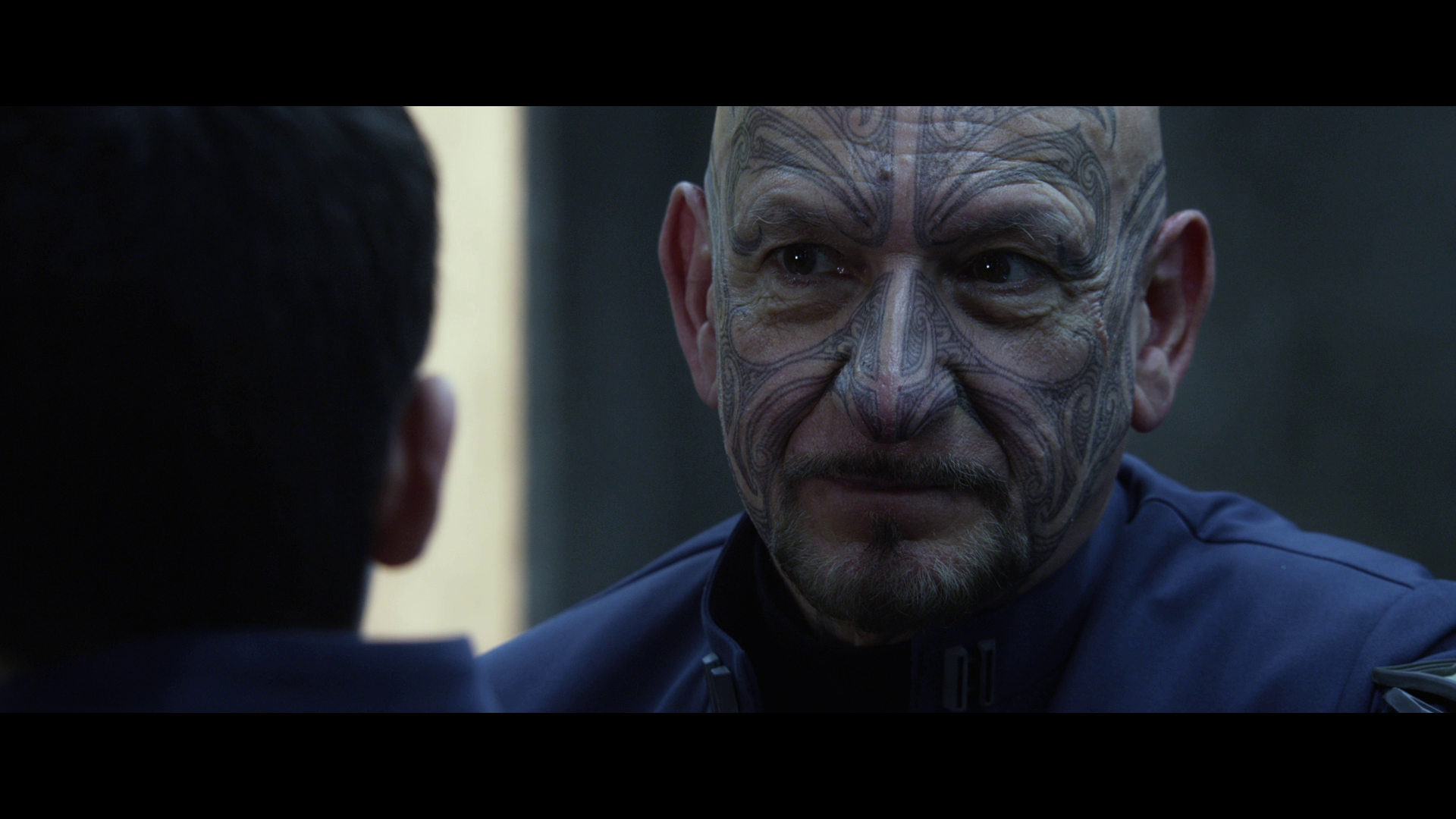 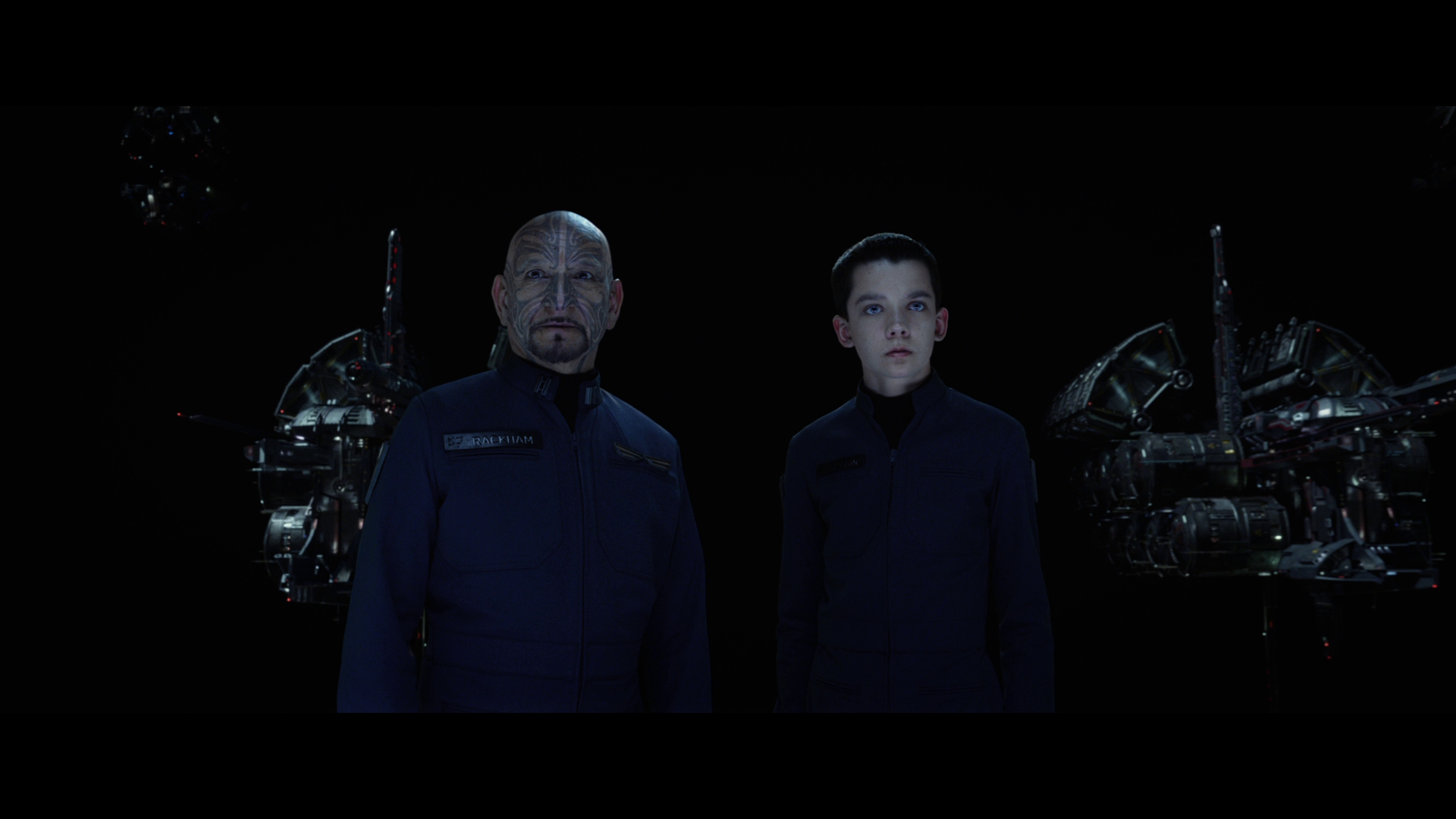 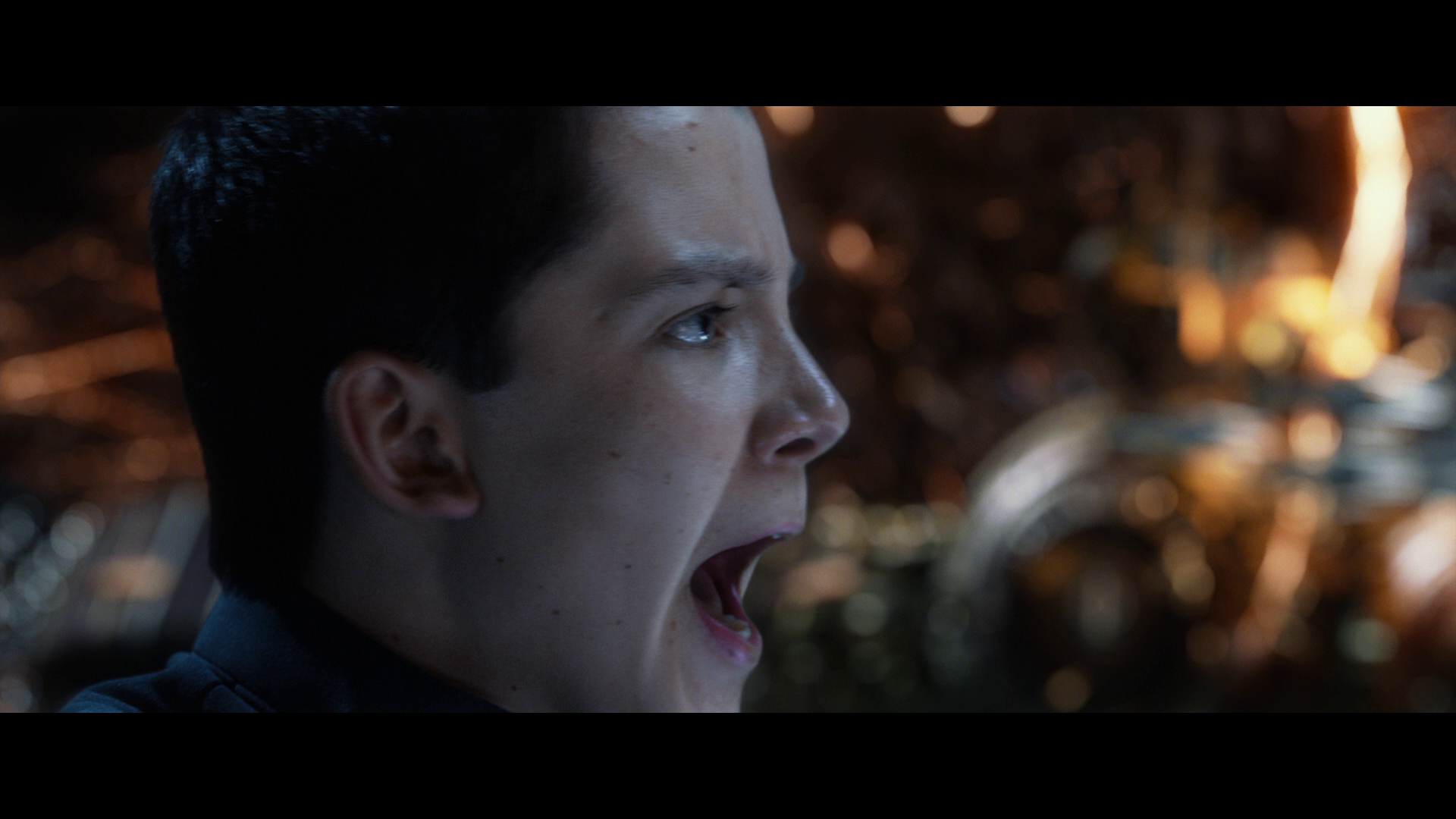 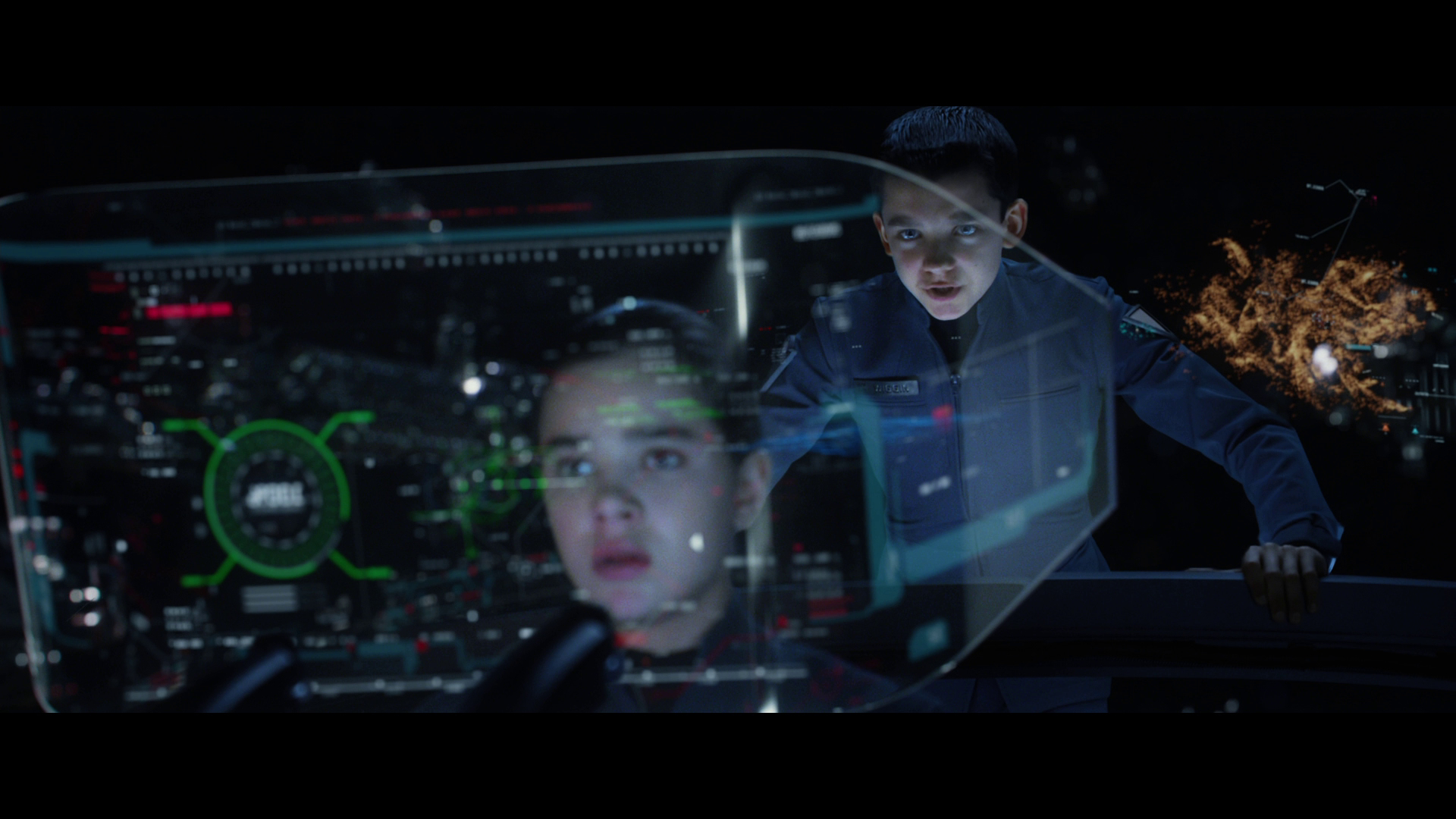 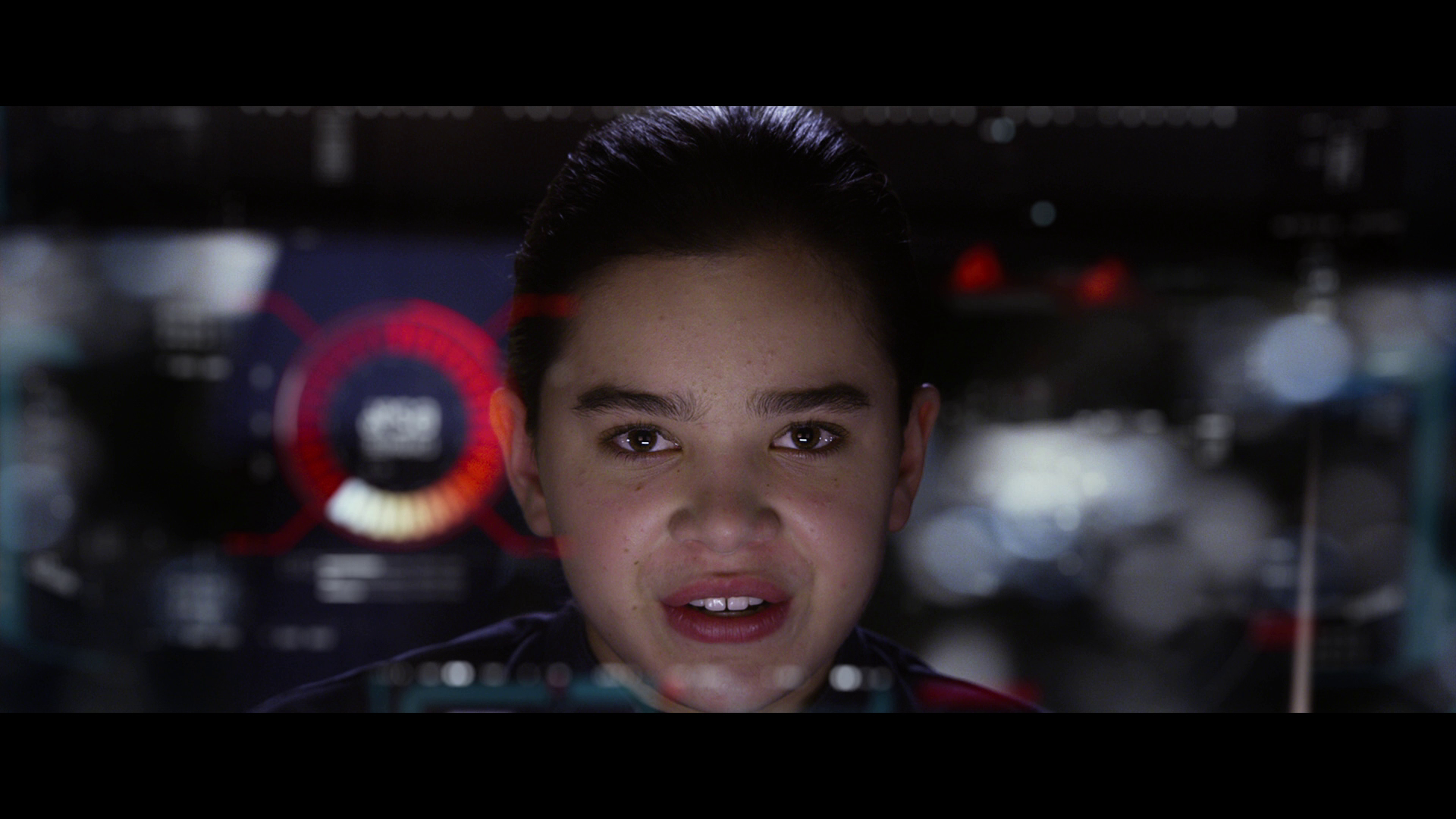 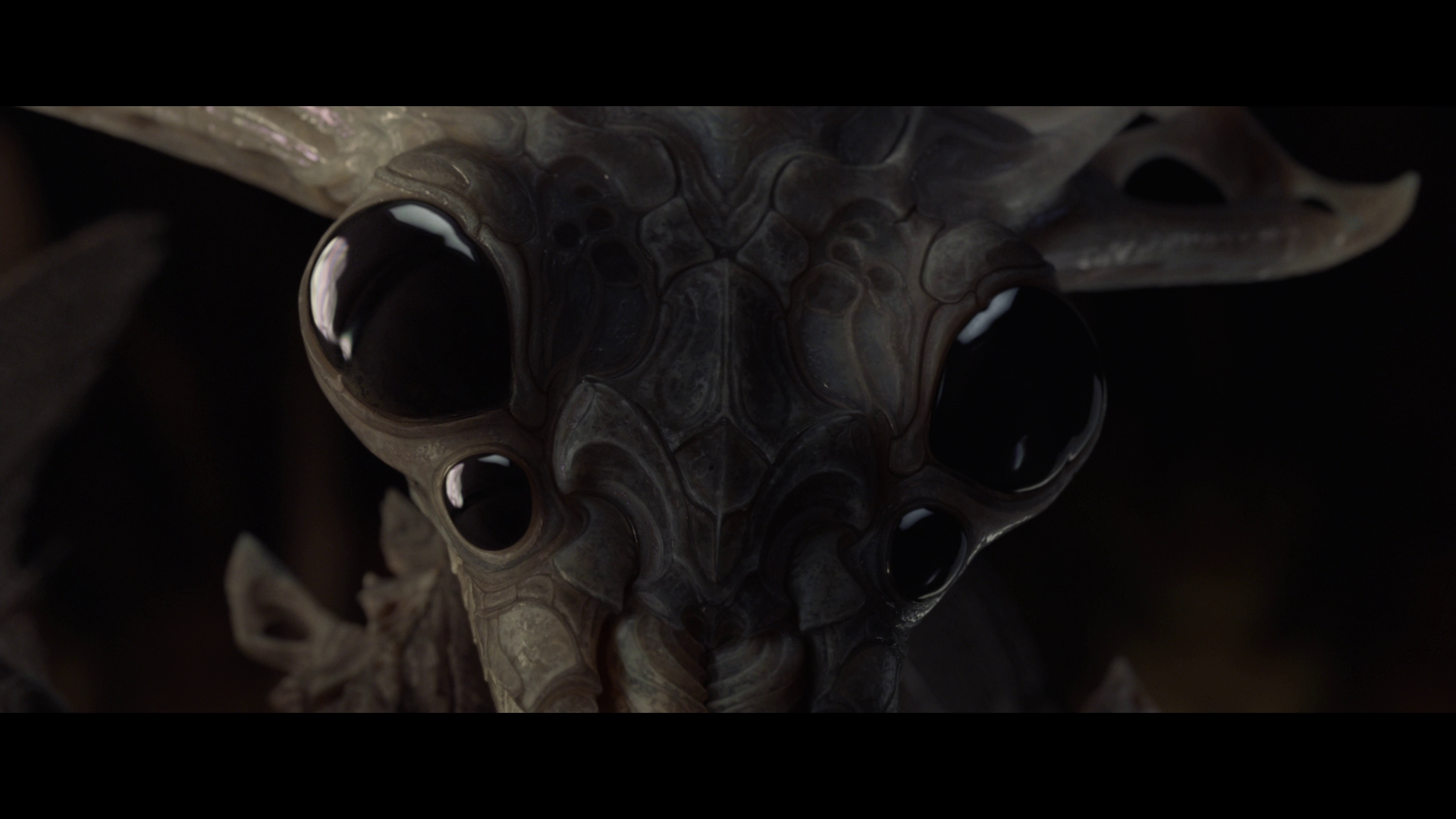 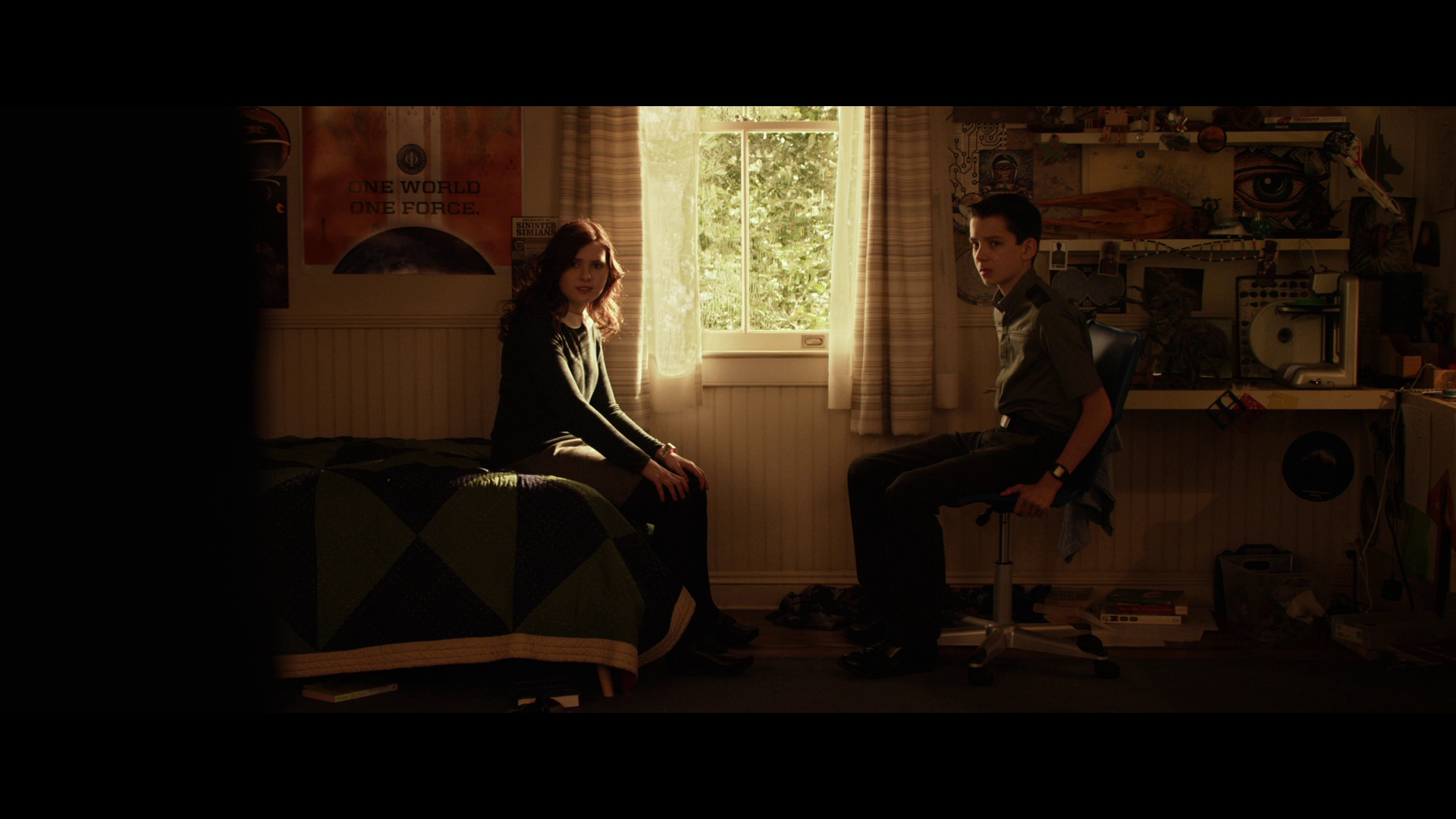