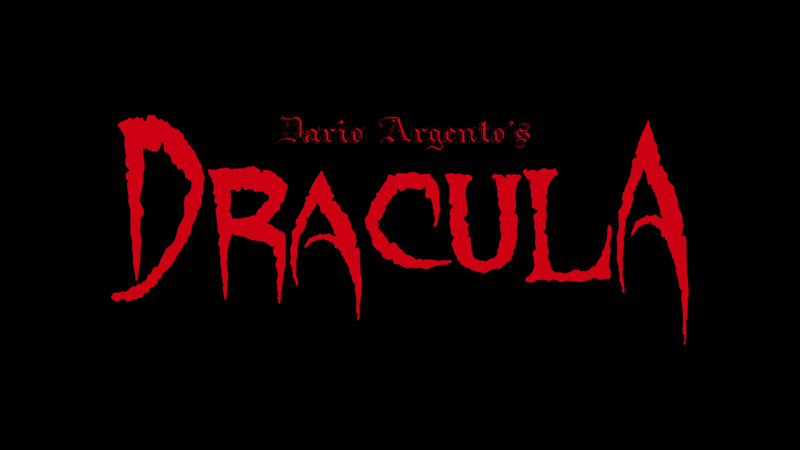 
The Movie
As a hockey fan, I've been witness to plenty of players who refuse to acknowledge that the game has left them behind and continue to try to hang on. When a player has had a legendary career, that attempt to stick around is even sadder, because the more recent and less impressive portion of their career tarnishes the reputation they built. The problem is, once that slide down the mountain begins, if you don't get out quick enough, you might think you can't leave because you need to repair the damage before walking away. However, you're far more likely to just make things worse.

Which brings us to Dario Argento. The once great director of genre classics like Suspiria and Deep Red has been on the down side of his career for what seems like three decades now. While fans still fondly remember his early works, each time he steps behind the camera now it feels like disappointment follows behind in short order. At this point, the name Argento has suffered almost as deep a reputational hit as National Lampoon. But even after 70 years on this planet, he continues to make movies, and unfortunately, he continues to throw more dirt on his legacy, as is the case with Argento's Dracula 3-D., a movie lacking in both style and substance.

This is a movie that exists in limbo. In no way is it a good movie, but yet it's not bad enough to be enjoyable in an ironic way. It just limps along, retelling the classic Dracula story with a few changes to the original Bram Stoker tale, but nothing that allows Argento's to take ownership of the film. This could honestly be the work of any low-budget filmmaker with some time, space in eastern Europe and access to Asia Argento (the director's biggest remaining strength.) The world of this Dracula looks like an oddly-lit soundstage; too bright for a nocturnal world of creepy creatures, with settings that are too cheaply-constructed to create the atmosphere needed for a story like this. 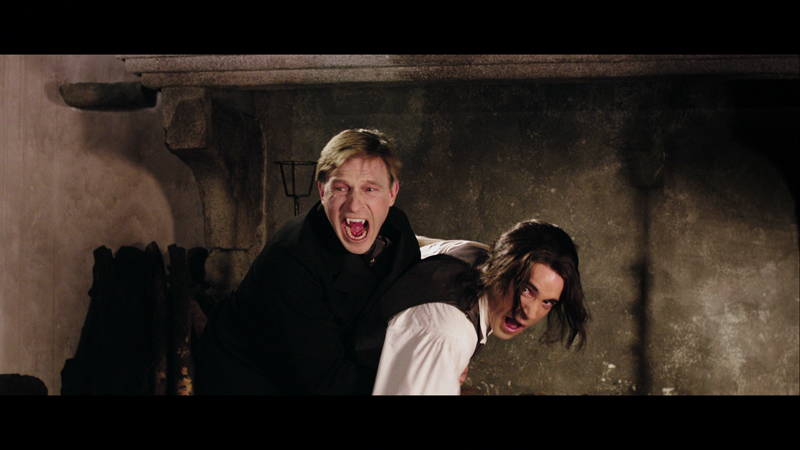 No one in this film comes off particularly well, with the possible exception of Rutger Hauer, who makes a late-game appearance as vampire hunter par excellence Abraham Van Helsing. Basically, it's the gruff kind of role we've come to readily accept Hauer in, so it fits him well. The rest of the cast is, like the movie on the whole, just along for the ride. Thomas Kretschmann is suitable as the lead vampire, something of a low-rent version of Mads Mikkelsen's Hannibal Lecter, while Marta Gastini looks the part of the target of Dracula's affection, even if there's not much of a part there. If Unax Ugalde is doing an imitation of Keanu Reeves' version of Jonathan Harker, then kudos. Otherwise, this performance is just weak. Beyond them, it's basically a mix of beautiful women and awkward actors. (One wonders if language had a major effect on the acting quality.)

Most of the movie is rather boring, as the changes to Stoker's plot add nothing of any real value to the story, and in fact seem focused on making the film smaller (and perhaps cheaper to produce) like setting the entire film in one town. All there is to grab your attention in some admittedly impressive moments of toplessness from some of the female cast and some silly, shock-free implementations of gore. Meanwhile, the CG special effects are just poorly implemented, including a wolf-to-human transformation that's all but laughable. In a film that laughed at itself, this might work, but here it's just awkward. The only element that made me actually sit up and take notice is one of Dracula's transformations that included a form not traditionally known to be a part of the vampire's bag of tricks. If there had been more here that met this level of I-don't-care-I'm-doing-this abandon, perhaps this movie could have been enjoyable on an MST3K level. As it is, it's just dull. 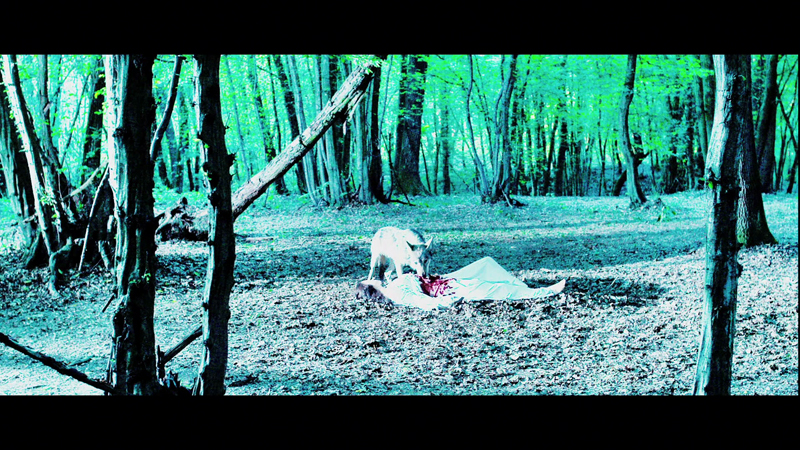 The Disc
This film arrives one one blu-ray in a standard BR keepcase with nice genre-appropriate cover art. The Blu-ray features an animated menu, offering the option to watch the film, select chapters, adjust languages and check out the extras. Audio options include English DTS-HD Master Audio 5.1 and LPCM 2.0 tracks,, while English SDH and Spanish subtitles are available.

The Quality
The 1080p, AVC-encoded transfer is solid across the board, inserting nothing of concern in terms of digital distractions, but the film itself doesn't offer the most impressive visuals, leaving the disc with little to work with. The high level of fine detail in the image betrays the low-budget production value as well as the weak CG effects, though the color is spot on. Flip on the 3D version of the film and most everything holds up well, but the third dimension isn't utilized to its full potential. tossing in a few depth effects here and there (things like trees in the foreground) and a handful of pop-outs (which oddly seem to linger on-screen for a rather short amount of time for a 3D film.) The one shot of some 3D cleavage was amusing though.

The DTS-HD Master Audio 5.1 track does its job, keeping the dialogue clear and the music well represented, but it's the sound effects that are the star of the show, as they get a nice dynamic presentation, creating a reasonable enveloping sound field. When flies move around you from the front of the room to the back and then across, it's rather impressive, as is the case with many of the sound effects. It's the one area of the film that's genuinely interesting.

The Extras
The big extra here is a nearly 64-minute behind-the-scenes mini-documentary (presented in Italian with English subtitles) featuring interviews with almost everyone involved and plenty of on-set footage. It's always interesting to hear from people who worked on something that came out so dramatically disappointing, but hear them discuss it so positively. The biggest value here though is the relatively deep discussion of the 3-D filming process, which was interesting to explore. Otherwise it's of questionable value to hear creators praise such a production.

A music video for the end-credit song "Kiss Me, Dracula," performed by the Simonetti Project, is offered in 2D and 3D (check out those in-your-face symbols), but it's a pretty mediocre Evanescence-style ballad that's hard to sit through (though it does feature the first ever vampire theremin player.) The extras wrap with two trailers, including a red-band trailer that barely deserves the distinction. 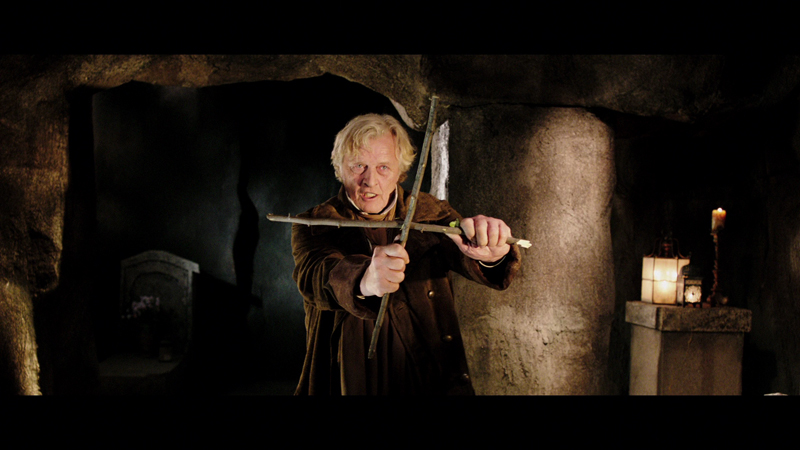 The Bottom Line
At this point, Argento would be better off just franchising out his name and letting younger, hungrier Italian filmmakers who grew up on his work rescue his once-good reputation. If he keeps making movies like this, or worse, if this is his last film, it's been a far fall from grace. At least this release looks and sounds solid, and offers up one quality extra, because the movie itself is a grim let-down.