The terrorist attacks of September 11, 2001 have inspired too many documentaries to count, many based on crackpot conspiracy theories. The scrappy 7 Days in September stands out in a crowded field for taking a raw, immediate, localized perspective on the day's tragedies. For this 2002 effort, director Steven Rosenbaum focused on the World Trade Center terrorist attack by documenting how it specifically affected the New Yorkers and New Jerseyites who witnessed the tragedy firsthand.

7 Days in September has a simple structure. It's a spectator's-eye-view of the events of September 11th and the week that followed, done via footage and recollections of 23 different amateur filmmakers. The raw power of what's shown and heard makes up for the film's lack of technical polish (lots of inappropriate, sudden zooms and jerky camera movements).

Because it was apparently made just a few months (or weeks?) after the attacks, 7 Days in September buzzes with an immediacy that will vividly conjure up memories of that awful time. Eyewitness video is complemented with personal recollections from all of the participants, who seem shaken even in that context. It's not comfortable viewing by any means, but it does accomplish the feat of putting the viewer back in that place and time in a way that a professionally done, PBS-ish project couldn't. It also uses a lot of footage of ancillary events not commonly seen in other 9/11 docs, such as confused New Yorkers being directed into ash-strewn building lobbies following the collapse of the towers. The film accurately revisits the normalcy of New York in the morning hours before the plane strikes, the confusion and terror during and after the crashes, and the pandemonium following each tower's collapse. The mixture of rage, fatigue and patriotism in the following few days is also given lucid accounts by the filmmakers.

In going through Manhattan's day-by-day events for an entire week after the attacks, 7 Days in September picks up on many things which didn't get much coverage in the media at the time. For instance, there was a bomb threat on the Empire State Building on the evening of the 12th which I previously knew nothing of. The confusion continued the following day with an unproven rumor of another collapsing building in lower Manhattan. The candlelight vigils, handmade flyers with victim info, blood drives, and rushes to donate food and supplies to the rescue workers we did hear about get ample coverage here, as well. The film gets overly maudlin and sappy in the second half - especially in the draggy Sunday, September 16th segment dealing with children's reaction to the tragedy. Despite that unfortunate passage, the movie now has value if only for showing the irrevocable changes New York has undergone since 2001. Sadly, today's Manhattan is not nearly as welcoming to the lower- and middle-class people speaking in this film. How different would a current version of 7 Days in September be?

Although 7 Days in September got broadcast on cable's A&E channel a few times, it hasn't been too widely seen since its original DVD release in 2004. Docurama's 2014 DVD edition fails to bring anything new besides a photo gallery of the in-progress 9/11 museum, a slight detraction from what is still a powerful film. 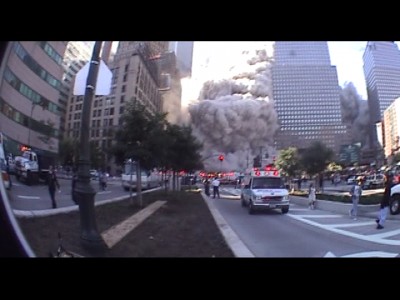 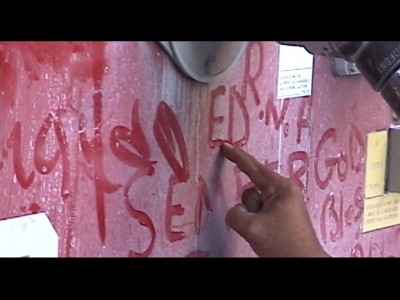 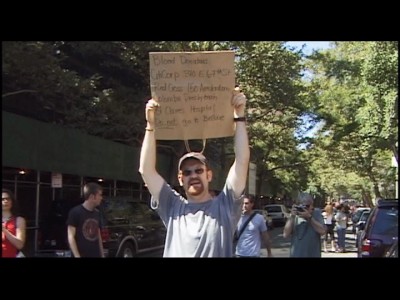 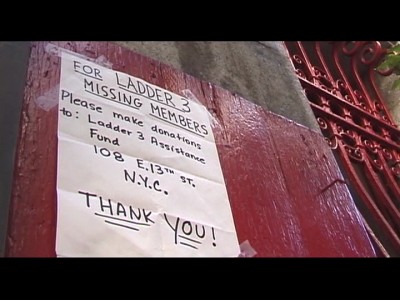 Docurama's DVD edition of 7 Days in September presents the film in letterboxed 4:3 format, a disappointing setup that requires the picture to be enlarged for viewing on standard widescreen televisions. Since the film was made mostly on consumer-grade video equipment over a decade ago, the picture has the expected cheap, home-movie quality. Colors and light levels are okay for what it's worth, but those hoping for an anamorphic release for this new edition will be let down.

The film comes with a decent 5.1 Surround Stereo mix, although it's used basically to give some oomph to the unexceptional music track. Nothing that special, although the dialogue is clearly mixed despite the low-tech source material. No subtitles or alternate audio is provided.

Photo Gallery is the only new thing on this edition, a five-minute slideshow with more recent images of the 9/11 memorial. A Trailer is also included.

7 Days in September is a worthwhile, compelling document showing how locals reacted to the September 11th, 2001 attacks on the World Trade Center. Docurama's DVD edition is a disappointing treatment for this still-potent documentary. Recommended. 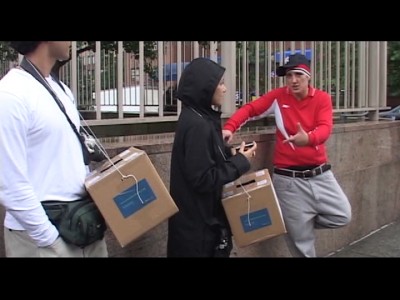 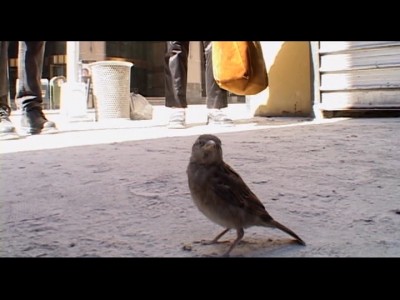