Last Time I Saw Macao, The 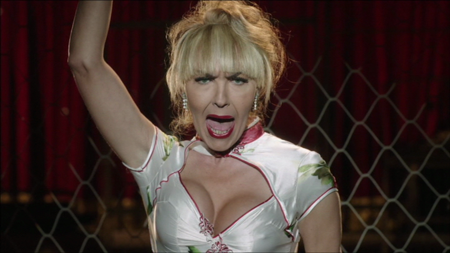 High-heeled legs are shown approaching a tent - they belong to a mannish, glitzy-dressed blonde who lip-synchs a sultry 1950s tune directly to the camera, pantomiming in front of a cage of circus tigers. The opening scenes of the 2012 feature film The Last Time I Saw Macao sets up the viewer for something hypnotic and daring, hinting at a David Lynch-like melding of kitsch and surrealism. The end result is a lot less thrilling than what that opener promises, although one can't fault the Portuguese writing-directing team of João Pedro Rodrigues and João Rui Geurra da Mata for making a noble attempt at adventurousness.

With this contemplative travelogue-noir hybrid, Rodrigues and da Mata take a comprehensive, reflective look at Macao, the Chinese port city and gambling mecca in a constant state of change. Despite that tantalizingly surreal opening segment, the film mostly consists of straightforward footage shot around every corner of Macao, from high-end casinos to abandoned schools and bustling fish markets to the slums and pollution-choked waterways. As a documentary look at an ever-evolving city, it maintains a lot of interest - Rodrigues and da Mata have a keen eye for details (a dead rodent in the street; a close-up on a kitschy dog statue) and intriguing compositions, and the shots are held long enough to have a meditative quality. The main problem is that they also decided to put a story on top of it, an unconventionally told but unsatisfying, somewhat jokey neo-noir tale about a man who journeys back to the place he grew up to save an old friend, a transsexual prostitute named Candy.

The Last Time I Saw Macao's plot emerges through an offscreen narrator (voiced by one of the directors), while the various characters are shown merely through their hands, feet, settings and props. In typical gumshoe style, the narrator is sent on a quest through the city's shadowy underworld, receiving messages on Candy's whereabouts through a string of second-hand info and vague clues. Eventually, we find that Candy's life has been threatened by an underground Zodiac cult. As he attempts to catch up with Candy - narrowly missing her at every turn - the narrator goes into reveries about the Macao's tangled history (under Portuguese rule for decades before the Chinese took over in 1999) and its kitschy status as a gambling mecca with a transient population. Trailed by mysterious goons handing off a valuable covered bird cage to each other, the narrator's search for Candy becomes more desperate as the oblivious inhabitants of Macao observe Christmas and the Chinese year of the tiger.

Rodrigues and de Mata, the partnered screenwriting-directing team behind Macao, fill this feature with references to other filmmakers and films - some subtle, most painfully obvious. Their influences include dreamy quasi-travelogues like Chris Marker's Sans Soleil and La Jetee, classic noirs such as Kiss Me Deadly and Macao (Jane Russell's performance of "You Kill Me" bookends the film), detail-oriented documentarians like Erroll Morris - and probably a hundred others. The duo have an interesting eye for the city's kitsch and contrasts - most memorably when an Asian gondolier is seen piloting an indoor faux-Venice canal, singing in perfect English. Their screenplay, however, is trite and blandly performed (the acted-out scenes are laughably awful). By the time they conclude Macao with an inscrutable montage of the city's wildlife, it becomes obvious that this is one indulgent, egregiously padded-out movie - even at a slim 85 minutes. 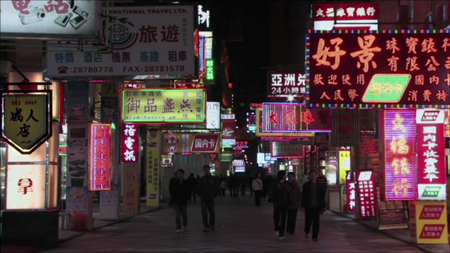 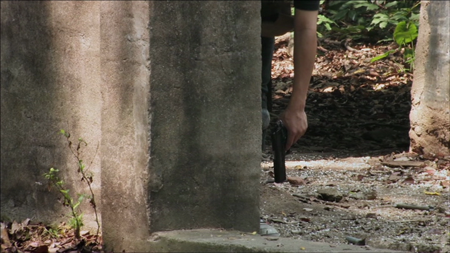 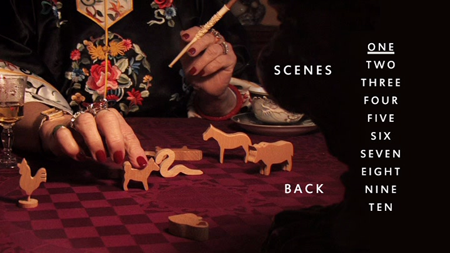 This digitally-shot feature looks moderately clean and pleasant in 16x9 widescreen for Cinema Guild's DVD edition. Nice, robust black levels and sumptuous color form the highlights for this transfer. The photography shares the same cold, clinical texture as other D.I.Y. indie films - making it not as visually impressive as the filmmakers intended - but it's a good-looking disc all the same.

Dolby Digital 5.1 soundtrack, spoken in Portuguese with optional English subtitles. This is a pleasing, atmospheric mix which properly balances background ambient sounds with the narration without any noticeable flaws.

The Last Time I Saw Macao counts as another DVD where the supplementary material takes up more data than the film itself. A 30-minute Interview has directors João Pedro Rodrigues and João Rui Geurra da Mata, speaking in English, expounding on Macao's production and eclectic inspirations. The disc also includes two Short Films from the directors, made before and after Macao. Red Dawn (2011; 27 minutes) and Mahjong (2013; 35 minutes) share the same free-associative style and dialogue as their feature film (the shot of a single high-heeled shoe abandoned in the street seems to be a recurring visual motif in their films). Additionally, a four-page Booklet provides a Criterion-like essay on the film from historian James Quandt.

The Last Time I Saw Macao isn't an easy film to categorize. The melding of film noir and travelogue outlasts its welcome by a long shot, with clunky acting, lame narration, deliberately vague symbolism, and an abundance of faux-clever allusions to other, vastly superior films. Nice place to visit; wouldn't want to live there. Rent It. 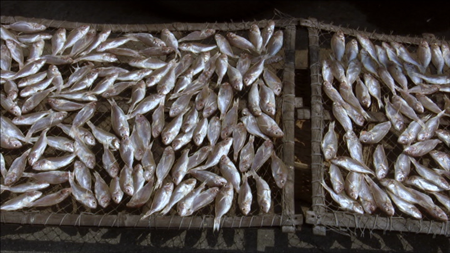 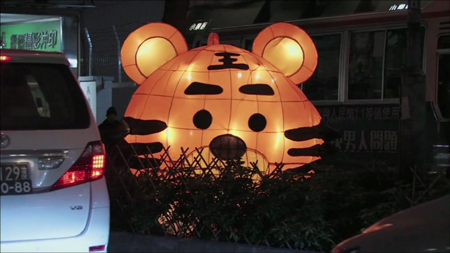