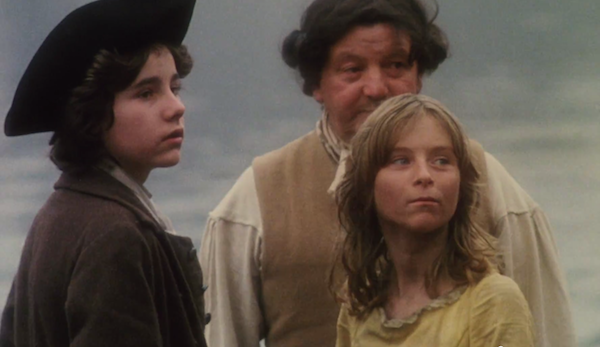 Note: These screengrabs were taken from the film's trailer on Youtube. The quality does not reflect the Blu-ray under review.

The 1979 film Black Jack is a bit odd. Adapted from Leon Garfield's novel by one of the UK's masters of naturalistic drama, Ken Loach (Kes, The Wind That Shakes The Barley), Black Jack is theoretically intended for children. However, the film utilizes such a consistently anti-storybook approach that it's hard to figure out exactly to which kind of child it is meant to appeal. Maybe that is why this 18th Century-set film essentially disappeared for a few decades after winning the Critics' Prize at the Cannes Film Festival. It has only resurfaced in the past few years, after getting restored by the British Film Institute and released in the UK as a new, slightly shorter director's cut, back in 2010. The Cohen Film Collection is now giving this director's cut a stateside home video release, in time for the film's thirty-fifth anniversary.

The first clue that Black Jack is not what most folks would consider all-ages fare comes during the introduction of the title character. A hulking French sailor who accidentally killed a man during a barroom brawl, Black Jack (Jean Franval) is first seen on his way to the gallows. Next, he is seen in a coffin after being hanged. Young draper's apprentice Bartholomew Pickering (Stephen Hirst) is stuck with the job of watching the corpse and unwittingly becomes Black Jack's accomplice when the hanged man comes back to life, having stuck a spoon down his throat to protect his windpipe. Black Jack dubs his new partner-in-crime "Tolly," and off they go into the woods.

A lot of viewers would expect they know where the story is going next, with Tolly and Jack swept up in a series of wild adventures, but the film zags instead of zigs here too. After all, Black Jack isn't a lovable rogue so much as a sociopathic mercenary. Tolly and Black Jack almost immediately gets separated after the sailor sends the boy to chase after an escaped mad girl from a rich family named Belle (Louise Cooper). On their own, Tolly and Belle join up with a traveling fair fronted by snake oil salesman Dr. Carmody (Packie Byrne). Eventually, Black Jack crosses paths with the show folk and finds a way to become a strongman attraction within the fair, in the hopes of getting Belle to go back to the asylum so he can collect the reward on her. Dr. Carmody's old assistant Hatch (Andrew Bennett) has similar ideas and manages to make a fair wage off of Belle, by blackmailing both the parents who sent her away and the doctors at the asylum who lost her. In the midst of all this scheming, Tolly tries to rehabilitate Belle, convinced that she might not be mad, but just suffering from a kind of post-traumatic stress.

Condensed all into one paragraph, that might seem like a decent amount of plot, but the middle of the film is fairly low-key and occasionally even a little lackadaisical. Loach seems most interested in creating an atmosphere that seems like it could realistically be Yorkshire in 1750, inhabited by an unselfconscious cast. It is a refreshing approach that can feel less manipulative than the typical film and sucks the expected stuffiness out of the period setting, but it is also an approach that sometimes allows the drama to go limp. Loach does eventually goose the excitement and get a more traditional plot going in the later sections of the film, when Black Jack grows a little bit of a conscience and teams up with Tolly to rescue Belle from the asylum after she becomes distraught and turns herself in.

So, back to my original question: is Black Jack a film for kids? Yeah, I could see certain pre-teens and young adults enjoying it... but they would have to be willing to stick with the film and not be turned off by its idiosyncrasies. (In addition to the unusual characterizations and low-key storytelling, most of the characters speak with a Yorkshire accent so thick that it requires pretty much constant use of the English subtitles, so as not to be completely baffled.) Interested adults are also likely to find something to enjoy in this charming, vaguely Dickensian drama. 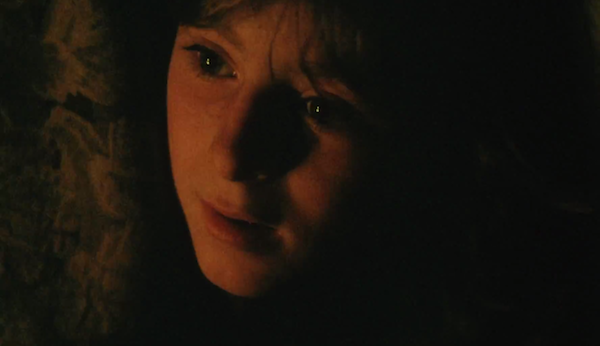 The Video:
While not utterly pristine, the AVC-encoded 1080p 1.66:1 transfer is mostly clean, with significant dirt and damage showing up largely during the moments which would have been the beginning or end of the reel. The film was shot by Chris Menges, using mostly available light, mostly long lenses, and a combination of film stocks (16mm for the exteriors and 35mm for interiors). This means that often the film image lacks the sharpness and clarity one would typically expect from a "remastered" film. But, to be honest, the transfer seems quite faithful to the original material. It sports a fair amount of film grain but no digital noise or other compression issues. The skin tones are accurate, and the sun-baked pastoral setting is pleasingly reproduced.

The Audio:
The LPCM 2.0 audio is a little rougher around the edges, but as with the visuals, this seems largely due to the way the original material was recorded. The dialogue and field-recorded sound effects can sometimes come through a little garbled and muddy, but Bob Pegg's delightful musical score sounds bright and clear. As I said above, the disc offers optional English subtitles, which can be mighty handy when deciphering the thick accents and colloquial dialogue of the characters.

- An excellent commentary track from Loach, whose insights touch on all aspects of the film, from exploring the origins and development of the project to sharing anecdotes from the set to further explaining the thematic context of certain scenes.

Final Thoughts:
An interesting and odd little film from a world-class director finally gets its U.S. release. While Black Jack is not a neglected masterpiece, its earthy performances and unusual tone are sure to hit the spot with a handful of new, curious film buffs. Recommended. 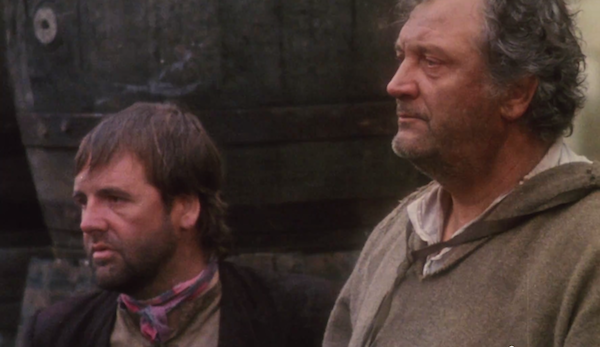