Color of Lies, The 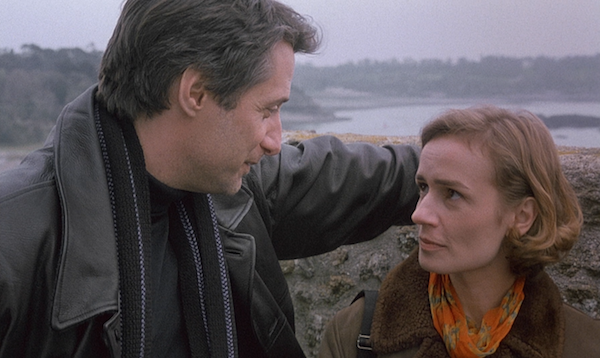 The violated dead body of a young girl is discovered in the woods, and her slightly unstable art teacher was the last person (second-to-last person?) to see her alive. Though it has a sensationalistic narrative hook, Claude Chabrol's 1999 film The Color of Lies (Au coeur du mensonge) is not the French version of Law and Order: SVU. Instead, Chabrol has fashioned a character drama whose low-key style and provincial Breton setting allows the audience to be gradually sucked into his carefully calibrated, slow-building tension.

Setting aside the murder, The Color of Lies is largely a story about ennui and infidelity. René Sterne (Jacques Gamblin) is a frustrated artist whose career was thwarted by a bombing that left him with a permanent limp and a semi-permanent creative block. For years, he has been unable to paint anything but uncommercial landscapes, so he gives art lessons to youngsters on the side. His wife, Vivianne (Sandrine Bonnaire), is a physical therapist whose boredom and frustration causes her to accept the romantic advances of a self-centered celebrity writer named Germain-Roland Desmot (Antoine De Caunes).

When the news of his pupil's death gets around town, René becomes a marked man. Parents begin cancelling art lessons, and the new female Chief Inspector Lesage (Valeria Bruni Tedeschi) begins eyeing the artist very closely. Chabrol is careful never to tip our sympathies too far in any one direction; even though we feel bad for René due to the scrutiny he is suddenly under, we are never allowed the certainty of knowing that he didn't do anything. Chabrol also subtly drops suspicious details about pretty much all the characters with speaking roles -- Desmot just arrived in town the day before the murder (and hey, if he's enough of a creep to steal Vivianne from her husband...), Vivianne has the physical strength to do the crime and might have been jealous of the attention René was giving to his pupil, etc. -- which creates a mounting sense of unease and curiosity as each new scene develops.

By slowly uncovering the numerous connections between a dozen or so characters within the film's small coastal town, Chabrol and his co-writer Odile Barski string a web that gradually closes in on the killer and simultaneously puts subtle stress on the film's central love triangle. Chabrol clearly enjoys the scenes with Tedeschi's alternately reserved and skittish Chief Inspector talking to witnesses and following up on leads, but the outcome of the murder mystery is almost incidental to the emotional turmoil to which René is subjected -- and how that strain potentially factors into another mysterious crime late in the film.

Chabrol has long been thought of as the French New Wave's answer to Hitchcock, but his style in The Color of Lies feels far less blatantly manipulative and less self-conscious than old whatshisname. His precise shot selection and seamless editing betray a masterful grasp of the form, but without drawing a lot of blatant attention to what he is doing. Chabrol's work here is so subtle that one might have to stand back and realize that what begins as a somewhat dull drama about bourgeois problems and small-town mores finishes as a totally surprising, engrossing thriller. 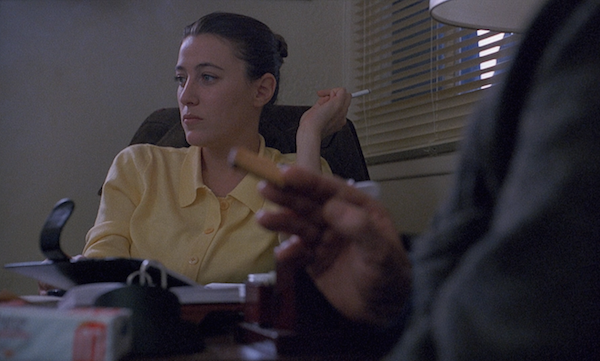 The Video:
Eduardo Serra's cinematography has a cool greyish look that feels typical and dated to me. Notwithstanding my aversion to this overall look, the disc's AVC-encoded 1080p 1.66:1 transfer appears extremely faithful. Even with the overall greyish atmosphere, skin tones appear accurate and the blacks are deep and rich. The image has almost no dirt or speckling, plus a consistently excellent level of fine detail. A handful of dark, foggy night-time scenes are remarkably well-reproduced. Though the image has a healthy amount of film grain, I didn't pick up on any significant digital noise or banding.

The Audio:
The French LPCM 2.0 audio (with optional English subtitles) is similarly spotless, if not particularly room-shaking. The dialogue is clean and undistorted, and the music by Chabrol's son, Matthieu, is well-served by the sound mix.

Final Thoughts:
Chabrol's The Color of Lies is an unassuming character drama (posing as a whodunit) that grows more and more powerfully affecting as it unspools. Recommended. 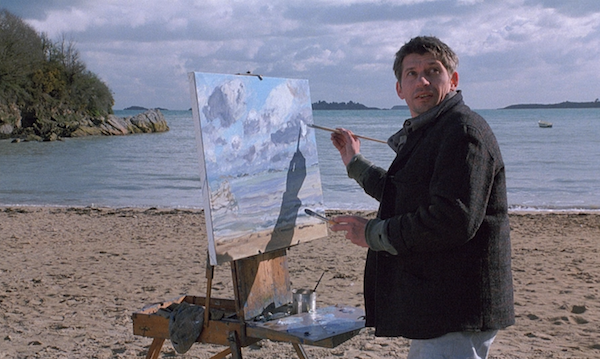