B.B. King: The Life Of Riley 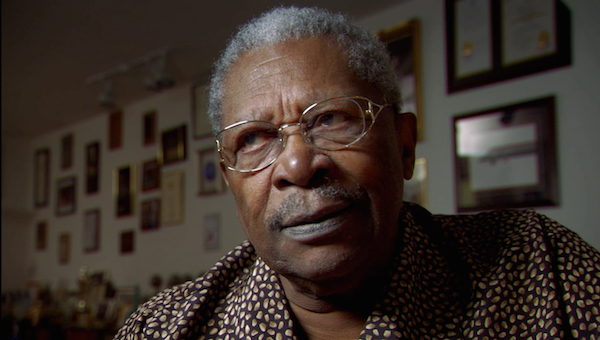 "Survival is a word... this is its story" is the tagline from the video box and poster for the new documentary The Life of Riley, about legendary blues musician Riley "B.B." King. It's a paraphrase from the opening soundbite of the film, an oddly tense and context-free interview with Bill Cosby. The iconic comedian is presumably commenting on the hardships felt by black performers working in twentieth century America. Unfortunately, the tagline and the soundbite promise a more hard-hitting story than the following film actually delivers.

The first section of The Life of Riley spends a generous forty minutes (around one-third of the film) on B.B. King's pre-fame days, exploring his origins in Mississippi. The artist formerly known as Riley went to elementary school only when he wasn't being made to pick cotton. He got shuffled between relatives after his father left and then his mother and grandmother both died. He witnessed racial violence firsthand. He grew to love music initially through listening to phonograph records and then later through the live performances of folks in his church community. Now in his late 80s, B.B. helps provide the main narration of his own story, while surviving relatives and acquaintances are interviewed to help further sketch the picture of what life was like in the deep South in the '30s and '40s. While none of this material is particularly eye-opening or out of character in regard to the already well-documented black experience in America at that time, this section has a homey, conversational feel that makes it easy to watch.

Once it moves on from B.B.'s youth, The Life of Riley switches gears from in-depth investigation to a kind of "greatest hits" recapitulation of noteworthy events in the performer's life. About as much screen time is devoted to the six years of B.B.'s first marriage as is given to rehashing the story of how B.B.'s guitar came to be called "Lucille," or how he came to have the professional name "B.B." (it's short for "Blues Boy"). His eight-year-long second marriage gets a little more focus than that, if only because second wife Sue King Evans is on hand to be interviewed. Clearly affected by their failed relationship, even nearly fifty years after it ended, Sue only suggests that the constant wear of being on the road for almost every day of those eight years finally became too much to bear. Even with Sue there to speak for herself, there seems to be a lot being left unsaid. B.B. himself admits to being what most folks would dub a "womanizer," but after this brief admission, the film pretty much leaves that aspect of his life alone. Without a fuller glimpse into B.B.'s personal life after he became a name, The Life of Riley loses most of its dramatic steam.

To make up for that lack, director Jon Brewer (Jimi Hendrix: The Guitar Hero, Legends of the Canyon), uses the mid-section of the film to show how B.B. began to crossover to white audiences, partly by influencing the popular British blues rockers of the day, like Eric Clapton, John Mayall, and Fleetwood Mac's Peter Green (all of whom are interviewed). Unfortunately, Brewer seems to believe that blabbing about music is preferable to just listening to it. This means that we get plenty of old grey Brits talking up B.B.'s style of singing and playing, but rarely is there a clip of his actual performance that lasts longer than ten seconds uninterrupted. All viewers might not be so utterly averse to this filmmaking strategy, but I'm the kind of person who would prefer to listen to a White Stripes album, a U2 album, and a Led Zeppelin album, all playing simultaneously, than to sit through all the mutual appreciation scenes in It Might Get Loud.

Brewer came to directing "rockumentaries" after spending countless years on the business side of show business. His credentials in music and movies might be the reason the film managed to snag Morgan Freeman as the narrator and features interviews with countless guitar heroes of all stripes, like Carlos Santana, Ronnie Wood, Derek Trucks, Johnny Winter, John Mayer, and Bonnie Raitt. However, Brewer's lack of a background in storytelling also might point to the reason that the supposed main story of the film -- you know, the one about "survival" -- pretty much disappears in the middle. Conflicts are replaced by celebrity testimonials and late-life accolades. I mean, it is kind of fun to watch President Obama attempt the lead vocals on "Sweet Home Chicago" while B.B. plays at some White House function, but it also seems like a missed opportunity to tie this moment more explicitly into the advertised story of struggle and survival.

While The Life of Riley starts off as an interesting, thorough examination of B.B. King's life and music, the film eventually skims over large chunks of its subject's life. Potentially, this gradual tapering of hard information is the result of off-camera reticence from B.B. Or maybe the director just lost interest in finding a way to keep his proposed theme alive throughout a retelling of all 80+ years of B.B.'s life. Whatever the reason, The Life of Riley concludes feeling frustratingly incomplete. 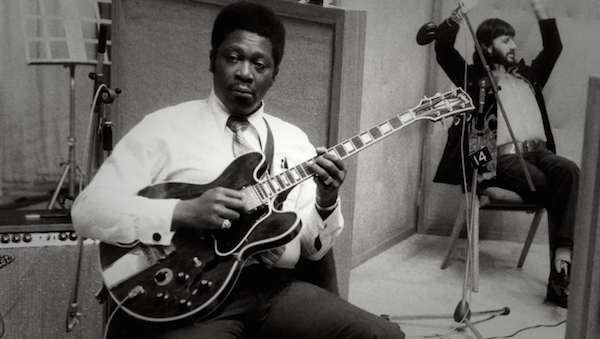 The Video:
As to be expected from a documentary, the AVC-encoded 1080p 1.77:1 image is a bit of a grab bag. Most of the new footage shot for the film seems to be high-end HD, mixed in with some less crisp footage that might have been shot on some sort of prosumer HD equipment. Though the detail and color saturation looks pleasing on this material, noise and banding is visible in some of the interview set-ups. There are also some shots that Brewer has overlaid with bizarre fake film scratches and dirt that look far less convincing than similar techniques used in Robert Rodriguez's Planet Terror.

The Audio:
The audio is clean and well-mixed, but it only comes in compressed Dolby 5.1 surround. Though the surround channels sometimes have a little atmosphere in them, typically those speakers are reserved for use during the bigger music cues. No subtitles.

(HD, 25:46 total) - A batch of deleted interview moments, all clocking in at around 2 minutes each. The interviewees are (in order of appearance): Buddy Guy, Mick Hucknall & Ronnie Wood, Bonnie Raitt, Derek Trucks, Bobby Bland, Walter Trout, Susan Tedeschi, Carlos Santana, Joe Bonamassa, Dr. John, John Mayall, Slash, and Leon Russell. Although it's nice to hear these musicians talk about the blues music that they love, they are seemingly not given enough time to relax into normal conversation, which means they typically never come to any heavy insights about B.B. The exception is Dr. John, who seems like he has not been given enough time to wake up for his interview.

Final Thoughts:
B.B. King is the kind of seminal figure that deserves to have a really great bio-doc made about him. Unfortunately, this ain't it. Rent It. 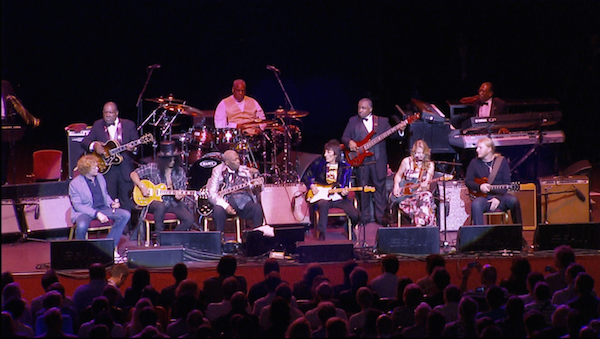