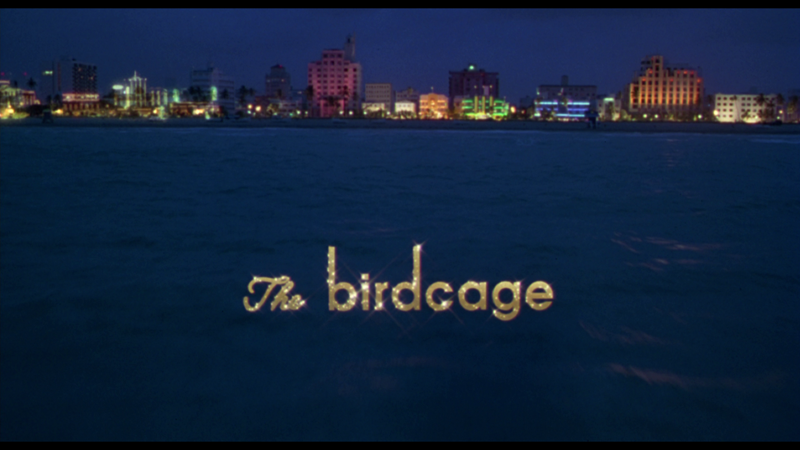 
The Movie
Written by Elaine May and directed by Mike Nichols, with an all-star comedy cast, The Birdcage is one of my all-time favorite films (along with it being one of two films Paul Thomas Anderson will watch all the way through no matter what's going on.) The reason is simple, and that's because it is purely funny. Yes, it includes themes about being true to one's self and the value of family and even the very meaning of what family is, but at its core, The Birdcage is simply hilarious, with everyone involved working at their primes, especially the two leads, Robin Williams and Nathan Lane, playing a gay couple, one of whom runs a South Beach nightclub and cabaret, the other, the star of the show.

A screwball comedy at heart, the film sets up a web of lies and then laughs as the characters get caught in it. Val (Dan Futterman) has come home from college to tell his dad Armand (Williams) that he's going to be getting married to his girlfriend Barbara (Calista Flockhart). At the same time, Barbara is telling her disapproving parents, including her Senator father Kevin Keeley (Gene Hackman). However, a political scandal soon threatens Keeley's career, and the senator and his wife Louise (Diane Wiest) decide a wedding will help negate the fall-out, so the family heads to Florida to meet Val's parents.

Unfortunately, Barbara told her conservative parents that Val's parents are a cultural attache to Greece and a housewife. So with the Keeleys on the way to South Beach, Armand and the far more flamboyant Albert (Lane) have to quickly make some changes to their over-the-top lifestyle in order to not ruin Val's chances to marry Barbara. This creates some issues between Armand, who wants to support his son, and Albert, who may be "too gay" to fool the senator, and sets up the epic dinner scene that is the bulk of the rest of the film. 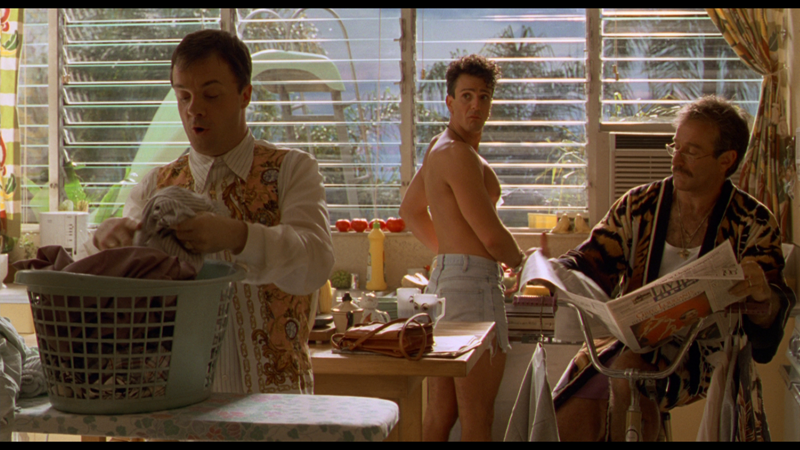 Though May's writing in this adaptation of La Cage aux Folles is sharp and the film is loaded with terrific gags, it's the cast that makes it sing. Williams is great as the concerned dad under some severe pressure from all sides, while Lane gets off some classic one-liners to go with his effeminate freak-outs. Though some could consider the laughs earned by his acting "gay" to be easy, or at worst somewhat stereotypical, the performance is fantastic, and when things get heavy, it's Lane who makes it all work, with some truly touching moments opposite Williams. He's also responsible for the greatest delivery of a toast-related line of dialogue in cinema history.

Hackman and Wiest are certainly excellent as the conservatives parents, especially Wiest, who tries to keep a sunny outlook when the walls are falling down, but the key member of the team is Hank Azaria, who steals basically every scene he's in as Agador, Armand and Albert's houseboy. Armed with his accent and an uncanny ability with a pratfall, Azaria is the reason that the big dinner scene between Val and Barbara's parents works so well, as his over-the-top presence serves as a pacemaker, as well as an inciter of action in what would otherwise be a face-off between people hoping to come off as staid. The entire sequence is loaded with the kind of classic comedy energy that is so rarely seen in film today. 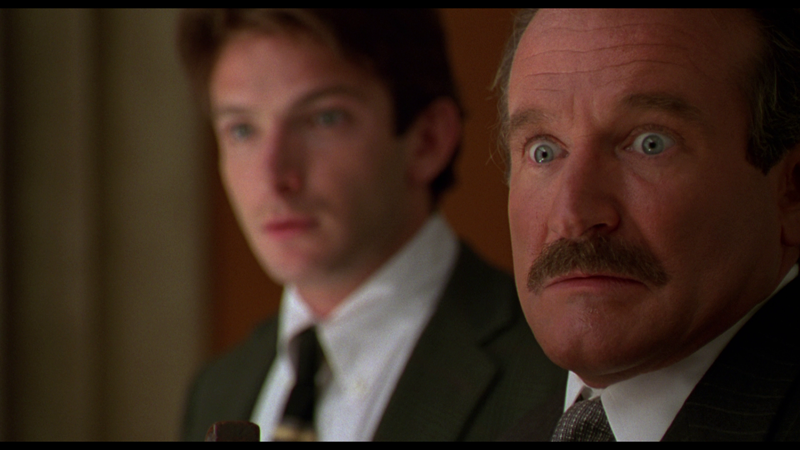 The Disc
The Birdcage arrives on one Blu-Ray disc, in a standard Blu-ray keepcase. This is the first Blu-ray I've seen that actually has no menu screen. All there is is a simple, pop-up menu bar you can call up that allows you to select chapters, adjust languages and check out the extra. Audio options include English DTS-HD Máster Audio 5.1 and Spanish Dolby Digital 2.0 tracks, while subtitles are available in English SDH, Spanish and Italian.

The Quality
Whatever effort was made on the non-existent menu apparently set the overall standard, as the 1080p, AVC-encoded transfer is not going to blow anyone's pink socks off. From the title credits, the movie looks a bit too "video", like some noise reduction took place, but the effect is inconsistent, as there are several scenes that sparkle, while others are somewhat soft and almost fuzzy. For the most part though, colors and skintones are (mostly) appropriate, black levels are deep and digital distractions are non-evident. However, speaking of those pink socks...any time I've seen this movie in the past, Lane's pink socks stood out in one scene so as to sell the accompanying moment. Here, they are practically skin-colored, which makes the line nearly nonsensical.

Keep your expectations low as we shift to the DTS-HD Master Audio 5.1 track, which fails to make effective use of all the channels, sticking mainly to the front of the room, before occasionally deeming the rear speakers worthy of a little attention. Atmospheric effects are often not present, though some decent off-screen placement can be heard, along with some music boosts. Too often though, the surround channels serve mainly to echo what's happening in the center channel. Fortunately, the dialogue is clean and clear and the low-end carries its weight when it comes to the nightclub moments.

The Extras
All we get is the theatrical trailer for The Birdcage. 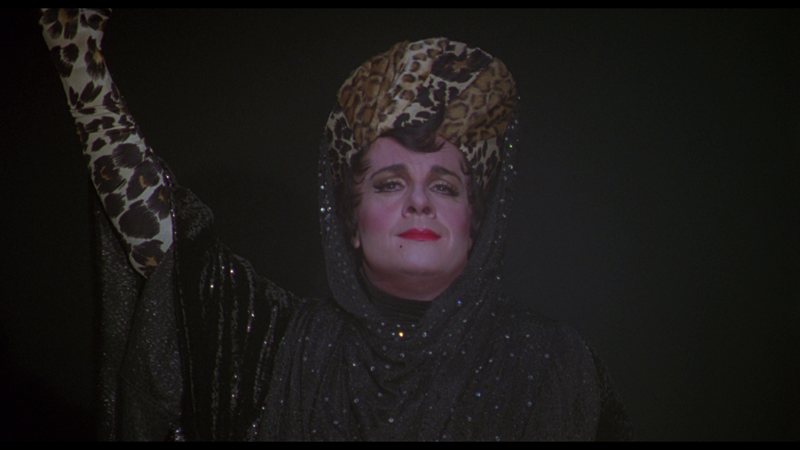 The Bottom Line
It may not be the most politically-correct comedy now, getting a lot of laughs from Lane's fey mannerisms, but thanks to snappy writing, a terrific cast and an engaging storyline, The Birdcage remains a wonderfully entertaining screwball comedy with loads of heart. The presentation is good but not great, and the lack of extras (or a menu for that matter) is certainly disappointing. It's great to finally have this film in high-definition, but it still deserves better treatment