My Little Pony: Friendship Is Magic - Keys Of Friendship 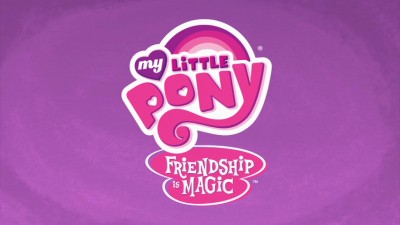 The Show
I was impressed when, last time out, on "A Dash of Awesome," Shout! Kids delivered a collection of My Little Pony episodes that actually stuck to the theme, a rarity in the world of children's DVDs. This time, with "Keys of Friendship," they are less successful, even through all five episodes are focused on the idea of friendship (which isn't hard, considering the show is sub-titled "Friendship is Magic.") The thing is, these episodes, which are all from the show's fourth season, are just a small slice of the season's overarching storyline (with "Pinkie Apple Pie" being an outlier, as it is not tied into that plot.)

The last two episodes here, "Twilight's Kingdom" Parts I & II, are the season finale and the conclusion to a story involving the pony Twilight's role as a princess (which kicked off in a two-part season premiere) and a mystery involving a locked chest. (By the way, not to sound defensive, but if I got any of this wrong, I apologize, because I've pieced this together from what my daughter explained to me.) The thing is, there were keys or clues that were given to the Mane Six (the core ponies on the show) in episodes throughout the season, including two on this release, "Rarity Takes Manehattan" and "It Ain't Easy Being Breezies." If you haven't been following the storyline, getting just these two pieces of the plot doesn't give the finale the payoff it would have otherwise. 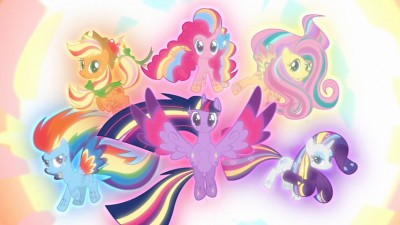 On their own (or together in the case of the two-part finale), however, they are entertaining stories, particularly "Pinkie Apple Pie," which lets the exuberant Pinkie Pie cut loose, excited by the possibility that she might be distantly-related to her friend Apple Jack. This episode also features another of the series' bouncy and catchy songs, "Apple to the Core." While "Rarity Takes Manehattan" is notable mainly for the pony-take on the Big Apple, with the crew taking a trip to Fashion Week, "It Ain't Easy Being Breezies" risks putting the viewer into cute overload, introducing a group of insect-sized, high-pitched, pony-like creatures called the Breezies.

The two-part season finale is one of the most action-oriented outing for the series so far (from what I've seen of the show), as the ponies do battle with Lord Tirek, an evil villain who seeks to steal the ponies' magic, with the assistance of their one-time foe Discord (Star Trek: The Next Generation's John de Lancie), who has apparently befriended the pony Fluttershy at some point. Though these shows are certainly the most exciting, and serve to set up a possible change to the show's dynamic for the upcoming fifth season, the drama and action don't leave much time for the show's silly, fun nature, which puts them out of sync with the rest of the series. 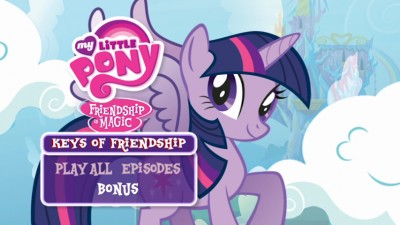 The DVD
Packaged in a white single-width keepcase, which is inside a slipcover that repeats the cover art, this DVD offers up five episodes. The discs has a static, anamorphic widescreen menu, with options to play all the episodes, select shows and check out the extras. There are no audio options and no subtitles, though closed captioning is included.

The Quality
Presented in anamorphic widescreen, these episodes are actually a touch better than last time, looking bright and sharp. The series' vibrant animation is eye-catching and richly colored, and there are no evident issues with compression artifacts.

The audio, presented in Dolby Digital 2.0 tracks, sound good, clear and strong, with the balanced audio delivering the songs, voices and sound effects with sufficient power and crispness.

The Extras
The only thing here is a single sing-along segment for the song "Generosity," from the episode "Rarity Takes Manehattan." Fans can sing along with Rarity thanks to on-screen karaoke-like lyrics. 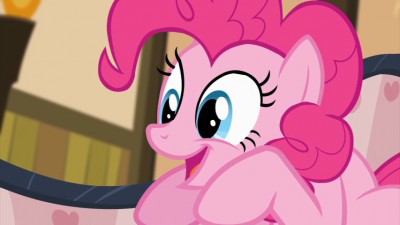 The Bottom Line
This is a bit of an odd collection, offering a swath of stories from the show's fourth season, telling an incomplete arc. That can be a negative for the uninitiated, and may make you wait for a full-season collection to get the entire Twilight Sparkle saga, even if there are some very good episodes here (of which my little filly considers "Pinkie Apple Pie" to be the best.) Everything is presented in solid quality, though the extras are once again, very limited. This is one to buy for the very impatient, while others can wait for a full run.