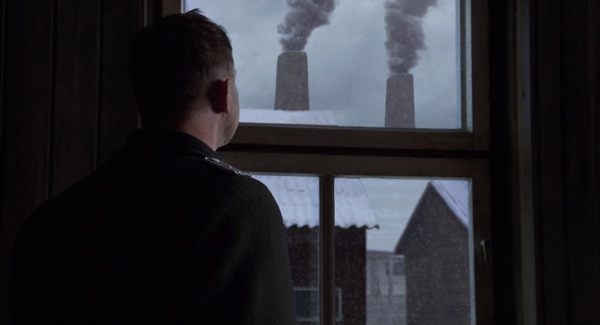 In some ways, Amen., the 2002 drama from Costa-Gavras (Z, Missing), resembles Steven Spielberg's Lincoln. Both dramatize historical turning points that would have ramifications for decades to come. In Lincoln, the focus is on the abolition of slavery in the United States; with Amen., it's the attempt to get the Vatican to take action against -- or, at least, to speak out against -- Hitler's Final Solution. In both films, the plot stems from real-life heroes trying to overcome the machinations of career politicians and powerful people who would undermine our heroes' ideals. These human roadblocks are not necessarily evil but they don't have the incentive to rock the boat and stick their neck out, even if it means being on the right side of history. In the end, Lincoln is about a hard-fought victory, while Amen. is about a hard-fought, bitter failure. That's partly why the latter film doesn't quite succeed.

Amen. does at least find its idealistic hero in an unusual place. The White Ribbon's Ulrich Tukur stars as Kurt Gerstein, an SS officer who specializes in maintaining hygiene for the German troops. A good Christian, Gerstein is slow to realize that the Nazis are using Zyklon B gas not for disinfecting barracks and insect extermination, but for human extermination. The scene in which the truth is revealed to Gerstein is horrifying and brilliantly executed. SS officers peer through peepholes into a gas chamber as Jews are being executed, but the audience is kept outside with only the sickeningly suggestive rumbling of the machinery inside to give us a clue as to what exactly is happening. The first officers who look in on the process are muted in their reactions, which does not tip off Gerstein about what he is about to witness. As soon as he sticks his eye up to the peephole, he immediately pulls back in disgust and horror. Suddenly, he knows that he must get the word to people in power so that they can stop these atrocities. Tukur is perfectly cast as the reluctant Nazi. He is able to communicate Gerstein's misgivings and subtle maneuverings under the facade of obedience to his superiors.

There are a lot of brilliantly evocative elements like the gas chamber scene within Amen. Immediately after witnessing the mass murder by gas, Gerstein takes a train back from Poland and spills his guts to a Swedish diplomat making the same trip. Their train is stopped momentarily to make way for a passing cargo train coming back from the concentration camp, its open doors revealing the emptiness within, the Jewish passengers now vanished. Constantly punctuating the narrative, Costa-Gavras shows these trains leaving for Poland with the doors closed and returning from the camps with the doors open. We never see the condemned people inside, but their presence is plainly felt.

Unfortunately, all of Amen. is not always quite as eloquent. Once Gerstein manages to convince a Jesuit priest, played by Mathieu Kassovitz, of the atrocities he has witnessed, the priest decides that the Pope must be informed so he can renounce the Nazis to the world. Though Kassovitz is a talented actor, his character comes across as too single-minded, without much to define him apart from his dedication to this righteous crusade, doomed by the indifference and political maneuvering of his fellow holy men. Unlike Gerstein, Kassovitz's priest is a fictional composite of a handful of people within the Catholic Church who tried to sway the Pope toward action. By placing this task on the shoulders of one saintly character, his scenes end up feeling both mawkish and overly expositional.

The late Ulrich Mühe (The Lives of Others) turns in a wickedly magnetic performance as a pragmatic, sociopathic SS doctor who knows that Gerstein is upset by what is happening in the camps. The doctor seems to revel in forcing Gerstein to participate in their operation against his will. Apart from the bureaucratic politicians and clergy, this doctor is the biggest baddie of the film, although he is also essentially indifferent and not exactly what audiences have come to expect from a movie Nazi. In fact, the only character who is ideologically married to the Nazi cause is Gerstein's little son, who energetically shouts "Heil Hitler!" -- ironically thinking it will make his papa proud.

Costa-Gavras is no stranger to activist cinema, and Amen. feels like a cry of outrage. It is frequently affecting, and there are few people who would not side with Costa-Gavras's viewpoint in regard to this chapter in history. Dramatically, however, the plot can be two-dimensional and repetitive. Knowing the outcome in advance, which was an asset to a film like Lincoln, becomes a detriment here. At a certain point, it's hard to remain engaged by these two men's efforts to convince someone in power to right the wrongs, knowing that they are inevitably going to fail and those millions of people are still going to die. 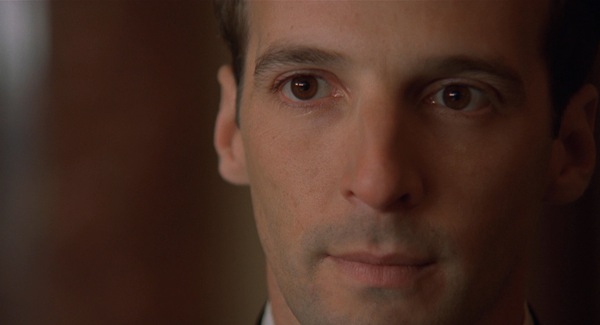 The Video:
Cohen Film Collection provides a spotless AVC-encoded 1080p 1.85:1 presentation, similar to many of their other recent releases. Though it's not a particularly bright and colorful film, Amen.'s colors are nicely saturated and highlighted by accurate-looking skin tones. The amount of fine detail is excellent.

The Audio:
The DTS-HD MA 5.1 audio is cleanly recorded and mixed. Though the majority of the soundtrack is focused on dialogue in the front channels, there are a handful of excellent immersive moments where the surround speakers are used to great effect.

- An interesting discussion that covers a number of relevant topics, including Costa-Gavras's experiences with the actors and what elements of the script Costa-Gavras and his co-screenwriter Jean-Claude Grumberg took from real events, what was adapted from Rolf Hochhuth's play The Deputy, and what was synthesized by the two of them.

Final Thoughts:
Amen. is well-acted and well-directed, but it suffers from a frequently two-dimensional script that is too earnest by half. Still, it covers an interesting chapter in the story of World War II, and if the premise intrigues you, then consider the film mildly Recommended. 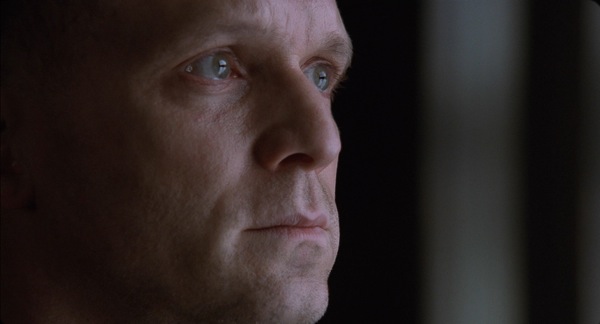