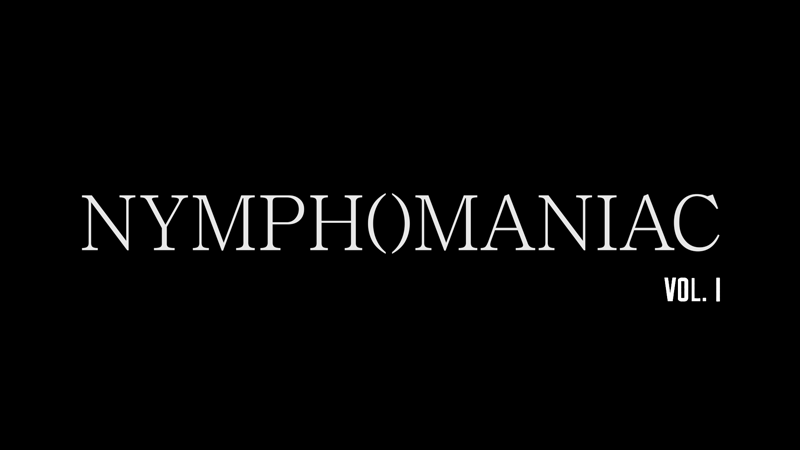 
The Movie
One of the first films I ever purchased on DVD was Lars von Trier's The Element of Crime. Part of the reason was a long-time obsession with the Criterion Collection, but a growing interest in von Trier, courtesy of his newly-released Dancer in the Dark, had me tracking down his previous work, including The Idiots and The Kingdom. Though I will forever hold his part in the Dogme 95 movement against him (mainly for setting loose upon the world Harmony Korine's Julien Donkey-Boy) I have seen pretty much everything von Trier's done since then, watching him grow as an artist, while remaining a remarkably consistent bummer of a director.

I don't know why I am at all surprised when I watch a von Trier film that I end up feeling pretty awful afterward. At this point, it's obvious that if he's going to be making a film that it will make one question the value of existence and make one severely depressed in the end (even his "comedy" The Boss of it All wasn't exactly a laugh riot.) Thus, there was no reason to suspect that a four-hour drama about a woman addicted to sex was going to have a happy ending. And as Joe (Charlotte Gainsbourg) unfolds her life story to Seligman (Stellan Skarsgard), the older man who found her brutally beaten in an alleyway, it's pretty clear that, like von Trier's other leading ladies, Joe will not have a good go of it.

Joe's problems center around her obsession with sex, which manifests itself in every way possible over the course of four hours, as a conversation with Seligman covers her life from her discovery of sexuality as a child to the events that left her battered and bleeding on the cobblestones near his door. Sexually-adventurous early years give way to frustrating adulthood and painful middle age, in a conversation wonderfully structured like a book, complete with chapter titles and visual touches that clearly define each part. As she moves from situation to situation, lover to lover (all depicted through flashback), Seligman, an avowed virgin and man who, if not religious, is knowledgeable of religion, is drawn into her story, resulting in side discussion and philosophical give-and-take, adding another angle to the film, as it's no longer just Joe's story, but Seligman's critique of her life. 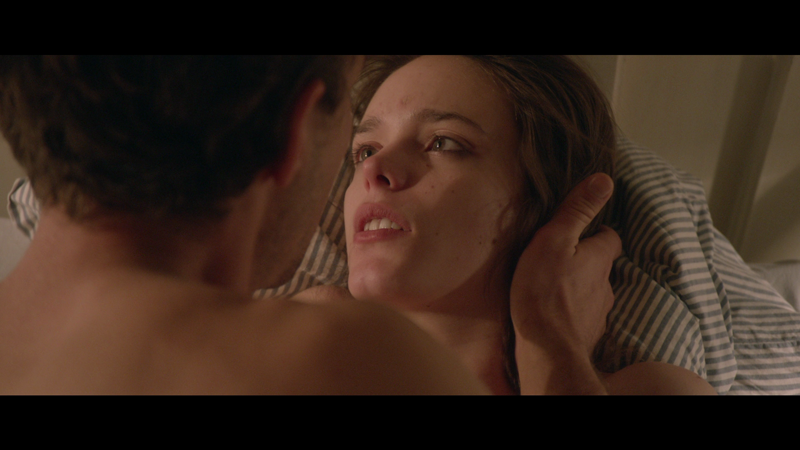 The stories, which start with the loss of Joe's virginity at the hands (or genitals) of a cold, unfeeling Jerome (Shia Labeouf), are tough to watch at the beginning, and just get worse, as she moves from sexual competition to the compassion-less toying with of emotions to hugely questionable decisions that result in a brutal exploration of sadism and masochism. I am far from a prude, even if I will certainly admit that I am highly susceptible to seeing female sexual liberation from a paternal perspective, but man, Joe has it rough. There's not much good that happens with her if sex is involved, especially when she eventually becomes involved with K (Jamie Bell), a brutal master. The film attempts to use Seligman to turn the tables on the viewer at one point, trying to shade the experience from a feminist point of view, but that's a tough one to buy. More than likely, this film shows the world having its way with a woman out to enjoy her sexuality, the kind of misogynistic affair unlikely to change the way many people have seen von Trier's female characters.

The sex (and nudity) is frank and explicit, with full penetration (coitus and oral), achieved through a mix of body doubles and digital wizardry, however it is anything but titillating. In fact, it happens so often and without any real emotion or passion, and often with negative consequence or ugliness, so it becomes as exciting as a handshake. Von Trier simply goes for it, putting everything, from pedophilia to sexual violence, right in your face, daring you to blink. However. as awful as that content can get (and the scenes with Bell are as harrowing as anything ever seen in a mainstream film), it's the emotional devastation that hits harder than anything. Uma Thurman is brilliant as a woman walking a tightrope edge of a breakdown, whose family is destroyed by Joe's actions, initially eliciting giggles for her bluntness, before drawing abject horror with her expressions of pain. Another scene, which echoes a similar moment from von Trier's Antichrist, was so upsetting it had me covering my eyes and shaking my head "no" in response.

For as dark and cruel as Nymphomaniac can be, a feeling exacerbated by the four-hour length, it's incredibly well-made, with von Trier taking full advantage of his skill as an artist, right from the outset, when an extended beat of blackness leaves you immediately wondering what's waiting for you. The use of graphic elements, like text overlays and illustrations, to the integration of unique touches, like stock footage and chapter headings, give the film a different feeling, adding to the twisted storybook concept, There's a faint sense of artificiality to the proceedings that prevents you from questioning what happens in this foreign world, aiding in the suspension of disbelief that might be hampered by Joe's questionable decision-making.

Von Trier is also aided by a stellar cast, with the leads, including newcomer Stacey Martin as young Joe, imbuing their characters with humanity and. more importantly, pain (with the exception of LaBeouf, but more on him later.) Martin and Gainsbourg, besides sharing enough physical similarities to play different ages of the same character, both have the ability to slip back and forth between control and vulnerability, a key element for Joe. The supporting cast gets its time to shine as well, especially the aforementioned Thurman, Bell, who will open some eyes with his performance, Christian Slater, who acquits himself well as Joe's father, even if he's still mostly playing Christian Slater, and Willem Dafoe, who has a small, but effective part in the second volume.

While watching this film, one question kept cropping up though, again and again: was I judging Labeouf based on his performance (including a rather terrible accent), or was I judging him based on who he has presented himself to be over the recent years of his career? It's rather hard to say, especially when his character is full of the ego and obnoxiousness that has come to define LaBeouf as a celebrity actor. The only way to honestly evaluate his role is to question whether another actor could have done a similar or better job as Jerome, and truthfully, he doesn't bring much to the part that another couldn't have (with the exception of his accent, which one hopes is uniquely his.) He's not bad, but he's definitely LaBeouf.

Note: The two volumes here make up the unrated international version of the film, not von Trier's five-and-a-half-hour director's cut, which will reportedly be released at a later date. 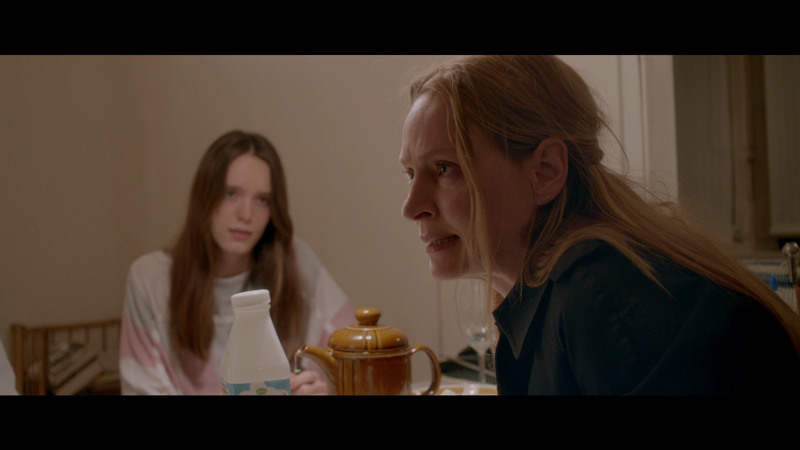 The Discs
Nymphomaniac arrives in a two-Blu-ray set, one disc per volume, in a standard-width, dual-hubbed BR keepcase. The discs feature color-swapped animated menus (featuring the famous "vinegar strokes" headshots) offering the option to watch the film, select chapters, adjust languages and check out the extras (along with bookmarks and BD-Live.) There are no audio options, though English SDH and Spanish subtitles are available.

The Quality
The 1080p, AVC-encoded transfers on the two volumes look great, capturing all the beauty that von Trier invented in filming the movie, which includes an array of visual techniques. At times looking overexposed, at other times in black and white; sometimes washed out, sometimes dreamy; warm, almost sepia-toned here, cold and stark there, the transfer keeps pace, with appropriate color and skin tones (a factor that has particular importance for this film) and a very high level of fine detail. There are no issues with digital distractions, but there are some moments in the second volume, some darker interior scenes, where the level of visible grain was elevated, to the point where the change was obvious. This could have be a decision on von Trier's part (as much of the film is manipulated visually) but it definitely will be a bit of an eye-catcher for those so inclined.

The 5.1 DTS-HD Master Audio track doesn't offer a great deal in terms of dynamic mixing, but it has plenty of power, mostly in regards to the soundtrack, which makes great use of both Rammstein and Steppenwolf, while keeping the dialogue clean and crisp.The surrounds are mainly responsible for some light atmospheric effects, while the low-end kicks in, again, mainly with the soundtrack. Rammstein was made for home theaters. A quality track, but certainly not one that will show off your system.

Beyond that, there's a fluffy bit from one of Magnolia's sister companies, titled "AXS TV: A Look at Nymphomaniac" (3:02), which cuts some clips from the same interviews heard before in and around the first volume's trailer, while you also get the trailers for each volume, though these are not the infamous, more explicit trailers that earned the film's its initial attention. 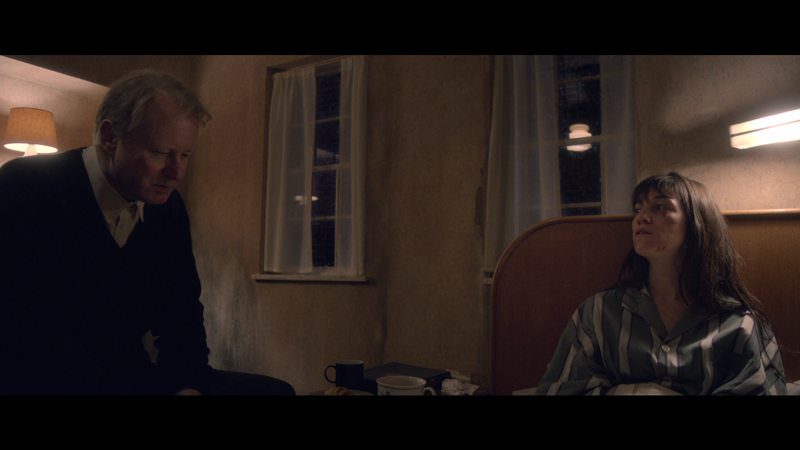 The Bottom Line
An artistic, beautiful film that's obviously intended to push buttons, Nymphomaniac does just that, but it also piles on sexuality to the point where it becomes numbing. If von Trier's intention was to make the audience share the feelings of his main character, then mission accomplished, but subjecting a viewer to such conditions for four hours borders on the cruelty depicted in the film. If you do enjoy von Trier's other films though, this one is presented in fine fashion, though the extras are very brief (especially in comparison to what Criterion has offered on their von Trier releases, what other regions got for this film and what Criterion could possibly include in a director's cut release [if they got their hands on it.]) Hardcore von Trier fans, or those who are curious about what all the sex adds up to might want to take a peek here, but the audience that needs to own Nymphomaniac is niche indeed. A conflicted recommend here, but proceed with caution.